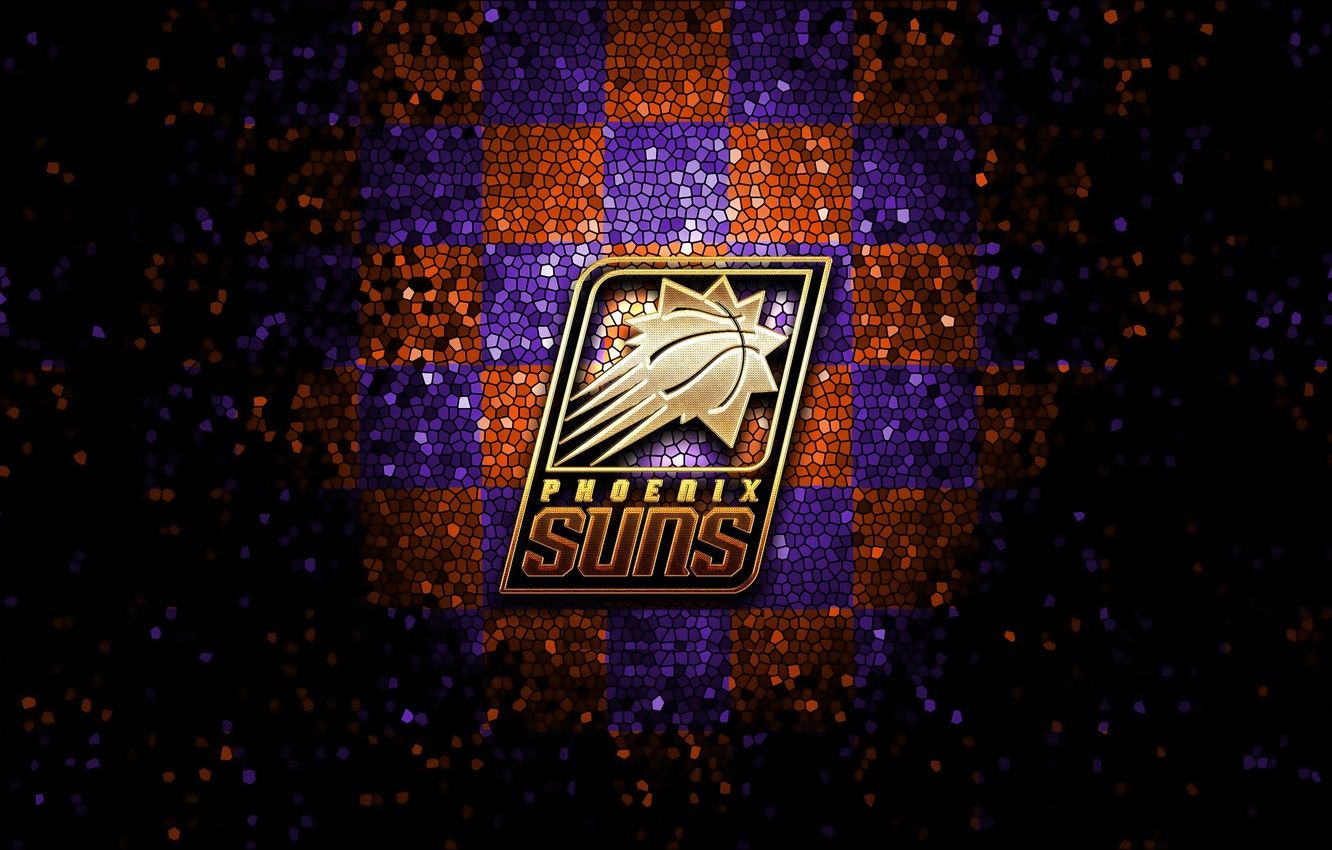 The Phoenix Suns remain in the hunt for a playoff spot this season after scoring a hard-earned 117-115 win over the Los Angeles Clippers on Tuesday in Orlando, Florida.

Devin Booker led the way for streaking Suns, as he knocked down a cold-blooded jumper at the buzzer to complete the upset inside the bubble. The win was the third for Suns in as many games in the NBA restart and helped them improve their record to 29-39.

Booker finished with 35 points on 13-for-25 shooting from the field to go along with eight assists and four rebounds. The superstar shooting guard did not hide his emotion after the big win over the heavily-favored Clippers, saying that they are really having fun inside the Orlando campus.

"This is a fun team to be a part of and we're having fun with it," Booker said via ESPN. "This whole experience. We just wanted to come down here and make some noise and that's what we're doing."

DeAndre Ayton, the 2018 first overall pick, also had a productive night for the Suns, finishing with 19 points on top of seven rebounds and four assists. Veteran guard Ricky Rubio ended up with 18 points to go along with four assists and three rebounds, while Dario Saric added 13 points and eight rebounds off the bench.

On the other hand, Kawhi Leonard finished with 27 points and seven rebounds for the Clippers, while fellow superstar Paul George chipped in 26 points. However, their productions were not enough to help the Clippers avoid their second loss in three games since the season restarted.

The Brooklyn Nets scored the biggest upset so far in the season restart after escaping with a 119-116 win over the Milwaukee Bucks on Tuesday. The Nets managed to defy the odds, as they were tagged as heavy underdogs heading into their showdown.

Timothy Luwawu-Cabarrot played the hero's role for the Nets, as he knocked down two big three-pointers down the stretch that gave Brooklyn a 115-110 lead with 2:31 left in the match. The Bucks had a chance to steal the win, but Tyler Johnson and Garrett Temple made big baskets down the stretch to complete the upset.

Luwawu-Cabarrot ended up with 26 points and three rebounds. Temple scored 19 points on top of five rebounds and four assists, while Johnson finished with 11 points for the Nets, who are playing in Orlando without superstars Kyrie Irving and Kevin Durant, who are both out with injuries.

Leading NBA Most Valuable Player candidate Giannis Antetokounmpo paced the Bucks with 16 points and six rebounds in just 16 minutes, while Ersan Ilyasova, Donte DiVincenzo, and Frank Mason III tallied 11 points apiece for the Bucks, who still hold the best record in the league at 54-14.

"We've got to move on," said Eric Bledsoe, who finished with eight points and four assists in his bubble debut. "Things like this happen. It happened last year. No one's perfect. We've got a great team, but no one's perfect."

Meanwhile, Luka Doncic helped the Dallas Mavericks secure their first win in the bubble after they defeated the Sacramento Kings, 114-100, in overtime on Friday. Doncic had a huge night for the Mavs, as he finished with 34 points, 20 rebounds, and 12 assists. The third-year guard also had two blocks and shot 12-for-24 from the field.

According to ESPN, Doncic became the youngest player to finish with 30+ points, 20+ rebounds, and 10+ assists in a single game at 21 years and 158 days old. NBA legend Oscar Robertson was the previous holder of the said accolade, reaching the same feat at 23 years and 12 days old.

"We needed that," Doncic said of earning the close win via ESPN. "We played, I think, one of the worst games ever and we won. We didn't play good. We still hang in there, help each other, never give up. I'm proud of the win."

With the victory, the Mavericks snapped their two-game skid and also earned their first win in the bubble. Dallas remains seventh in the Western Conference standings with a 41-29 record. They are likely to keep the spot in the postseason race, which could pit them against the Clippers in the opening round of the 2020 NBA Playoffs.

The Indiana Pacers won their third straight game in the NBA restart after running away with a 120-109 victory against the Orlando Magic. TJ Warren extended his streak of high-scoring games, as he ended up with 32 points on 13-for-17 shooting from the field to go along with three assists, three steals, and two rebounds.

Warren is arguably the hottest player inside the Walt Disney World right now. The 26-year-old forward made a lot of noise in their bubble debut, when he erupted for 53 points against the Philadelphia 76ers. He then followed it up with a 34-point performance against the Washington Wizards on Monday.

"I'm just really in rhythm," Warren said via ESPN. "Really picking my spots and really just staying efficient. It was an all-around team effort and I'm just doing my part, doing what I'm capable of doing."

Myles Turner also played well for the Pacers, tallying 32 points to go along with three steals and three assists. Returning guard Victor Oladipo contributed 13 points for the Pacers, who improved to 42-26 to remain fifth in the Eastern Conference playoff race.

Nikola Vucevic led Orlando with 24 points and 10 rebounds, while Aaron Gordon and Terrence Ross posted 20 points each. The Magic were eyeing to clinch a playoff spot for the second consecutive season, but they fell short. Orlando is still eight games ahead of the Washington Wizards in the race for the eighth spot in the East.

The Miami Heat played without superstar Jimmy Butler, but it did not matter on Friday, as they squeaked past the Boston Celtics, 112-106, in the battle of two of the top four teams in the East.

Bam Adebayo took the spotlight for Miami, racking up 21 points and 12 rebounds on top of two assists. Duncan Robinson also scored 21 points, while Goran Dragic and Tyler Herro added 20 and 11 points, respectively, for Miami, who shot 44.2 percent from the field, including 15 three-pointers.

"A lot of guys stepped up," Heat coach Erik Spoelstra said after the game. "This couldn't be two, three guys playing well. We're going to need several guys playing well and doing it over the course of 48 minutes."

Celtics superstar Jayson Tatum had another solid night with 23 points and seven rebounds, while Jaylen Brown had a double-double with 18 points and 10 boards. Tatum was disappointed with their performance, saying that they should have focused on the things that they can control.

The Portland Trail Blazers solidified their grip in the ninth spot in the Western Conference playoff race with an important 110-102 victory over the Houston Rockets.

Damian Lillard and CJ McCollum led the Trail Blazers in scoring with 21 and 20 points, respectively, but it was Carmelo Anthony who took the spotlight down the stretch. The veteran forward knocked down a three-pointer with less than a minute to play to keep the Rockets at bay en route to the eight-point win.

Anthony, who played for the Rockets two seasons ago before he was released after just 10 games with the team, had a double-double with 15 points and 11 rebounds. The 36-year-old superstar has been a huge factor for Portland in their first three games in the bubble, where he averaged 16.3 points and 7.0 rebounds per game.

"Earlier in his career, the ball would have been in his hands to start with," Blazers coach Terry Stotts said of Anthony's evolution in Portland via ESPN. "He has assimilated to his role and this team. He loves the game. He loves the camaraderie; he loves being in the NBA."

The win was Portland's second in their first three games in Orlando. They hold a 31-38 record and are still ninth in the Western Conference race. Lillard said that they are playing with a lot of sense of urgency, as they are determined to get a spot in the postseason.

"We understand what's on the line and we know what we got to do to give ourselves a chance in the postseason," said Lillard. "And that's what we're doing."

James Harden led the Rockets in scoring with 23 points to go along with nine assists and six rebounds. Jeff Green provided a huge lift off the bench with 22 points and six boards, while Danuel House and Russell Westbrook contributed 17 and 15 markers, respectively.