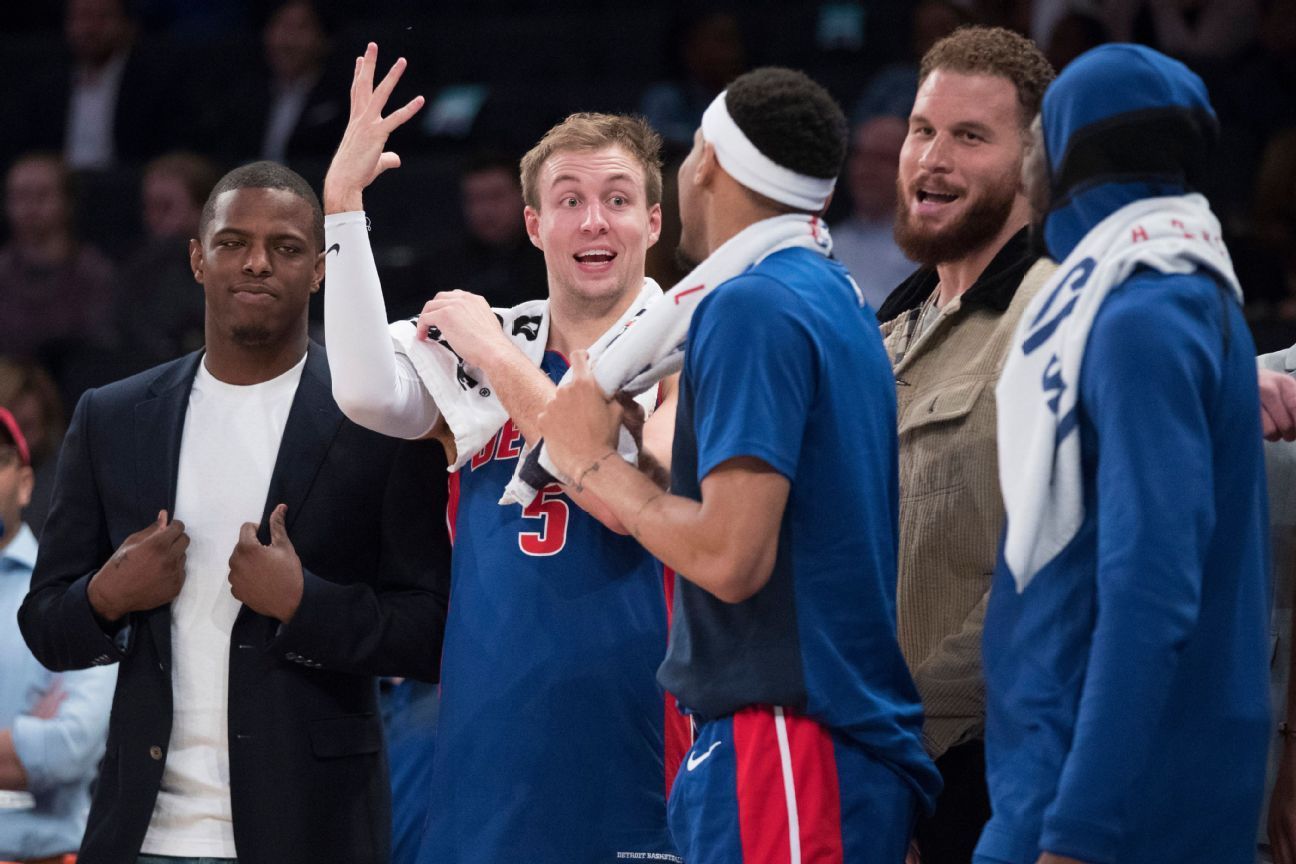 Despite superstar forward Blake Griffin sitting out with a left knee injury, the Detroit Pistons coasted past the New York Knicks for a 115-89 victory and a spot in the upcoming playoffs. Sophomore shooting guard Luke Kennard carried the scoring mantle for Detroit, finishing with 27 points on four made three-pointers, while star center Andre Drummond logged in another double-double of 20 points and 18 rebounds. Point guard Reggie Jackson also had himself an all-around performance of 21 points, 7 assists and 4 boards to push the Pistons to the last playoff berth in the Eastern Conference.

John Jenkins topscored for the Knicks with 16 markers, while Kadeem Allen chipped in 13 points, 8 assists and 5 rebounds in the loss. New York finishes the season with a league-worst 17-65 record, and will have the strongest chance to land Duke’s Zion Williamson in this year’s draft. For the playoff-bound Pistons, the immediate concern would be the health of Griffin as they face Giannis Antetokounmpo and the Milwaukee Bucks in the first round.

Kemba scores 43 in a disappointing finale in Charlotte

With him set on becoming an unrestricted free agent this summer, All-Star point guard Kemba Walker gave the hometown fans a memorable game before the Charlotte Hornets succumbed to the Orlando Magic, 122-114. Scoring small forward Terrence Ross led the Magic with 35 points on six makes from beyond the arc, while Aaron Gordon tallied 27 points and 7 boards. Orlando will finish the season 7thin the East, winning 11 of their last 13 games. The Steve Clifford-led Magic will face newbie head coach Nick Nurse and the Toronto Raptors in their first round match-up.

Walker had a game-high 43 points and 5 assists in the loss, a season finale that could be his last game wearing the Hornets threads. Jeremy Lamb contributed 22 points and 8 rebounds off the bench, while rookie Miles Bridges netted 18 points, 5 boards, 2 steals and 2 blocks. With the Pistons winning their assignment, the Hornets fell short of the playoffs as they face a cloudy offseason and an even more cloudy future.

San Antonio gave the retiring Dirk Nowitzki a fitting tribute before the game but the Spurs carried on with their mission as they defeated the visiting Dallas Mavericks, 105-94. All-Star big man LaMarcus Aldridge netted a massive double-double performance of 34 points and 16 rebounds, while shooting a very efficient 71% from the floor. DeMar DeRozan put up 19 points, 4 assists and 3 steals as the Spurs clinched the West’s 7th-seed and avoid a first-round series against the Golden State Warriors. Aldridge and the Spurs will instead face off against Nikola Jokic and the Denver Nuggets, as the latter rallied past the Minnesota Timberwolves to finish second in the conference.

Nowitzki, who got emotional and teary-eyed after the Spurs gave him a heart-felt tribute video before the game, finished with 20 points and 10 rebounds in the last NBA game of his career. Courtney Lee and Justin Jackson chipped in 14 markers apiece. The Mavericks now await the fate of recently-acquired star big man Kristaps Porzingis, who was accussed of an alleged rape case a couple of weeks ago.

Arguably the third-best shooting guard all-time, Dwyane Wade finished his NBA career in a flourish as he logged in a triple-double performance in the Miami Heat’s 94-113 loss to the Brooklyn Nets. Wade tallied 25 points, 11 rebounds and 10 assists in front of a Brooklyn sellout crowd that also featured LeBron James, Chris Paul and Carmelo Anthony, three of Dwyane’s closest friends in the league. Udonis Haslem, the Heat’s long-tenured veteran, got himself a double-double night of 12 points and 11 boards, including a jumper at the top of the key that gave Wade his 10th assist. Miami has been ousted of playoff contention even before this game started as they face key decisions in the summer as to the bloated multiple-year player contracts in their maxed out salary book.

All-Star point guard D’Angelo Russell scattered 21 points, 7 rebounds and 5 assists, while Shabazz Napier came off the bench to contribute 20 points, 5 boards and 5 dishes. The Nets will face Joel Embiid and the 3rd-seeded Philadelphia 76ers in the playoffs.