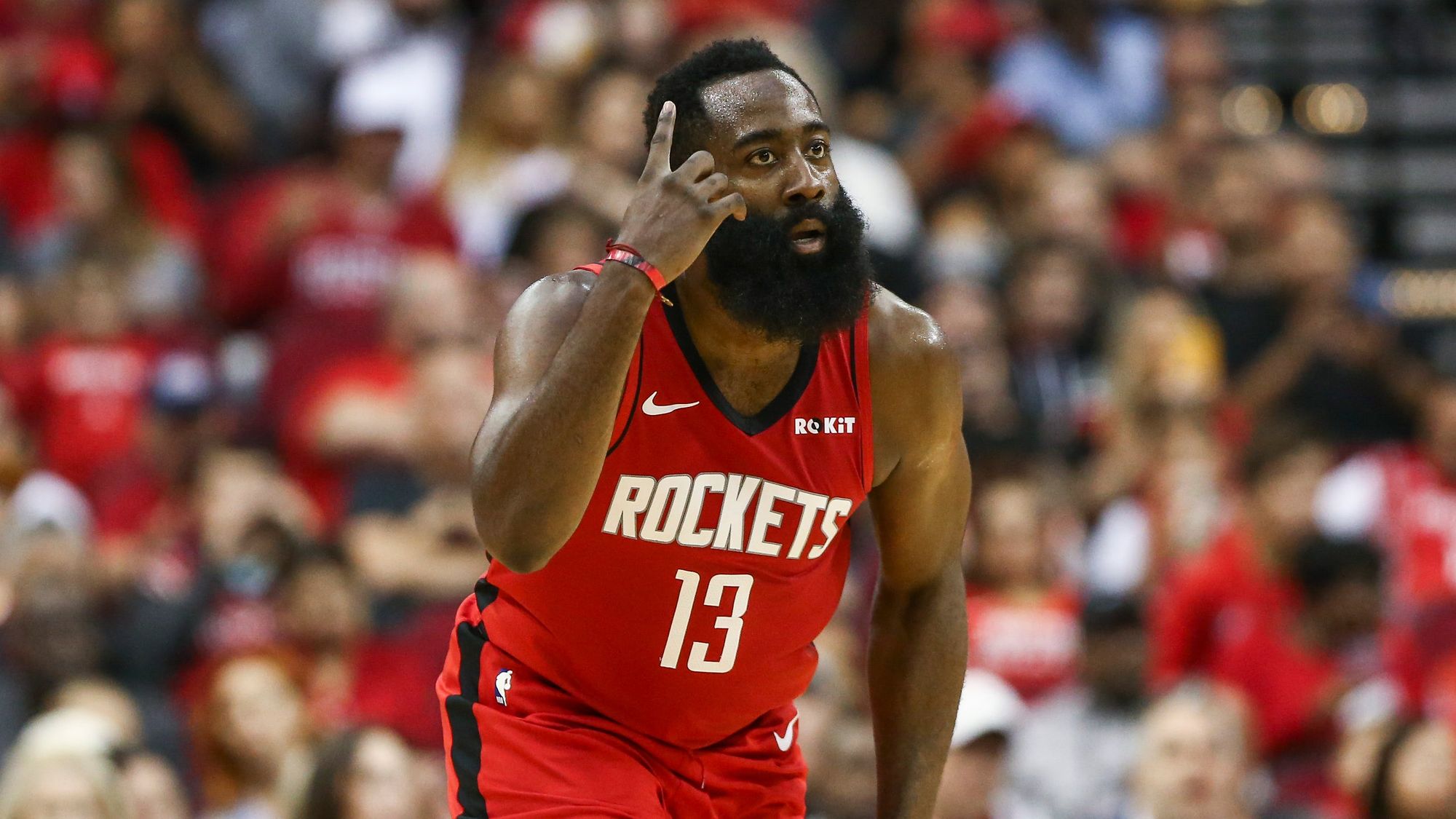 The Beard does it all again for the Rockets

Behind the usual heroics of their bearded superstar, the Houston Rockets defeated the visiting Philadelphia 76ers, 118-108. James Harden, the 2018 winner of the Most Valuable Player award, displayed his all-around brilliance with a triple-double stat line of 44 points, 11 rebounds and 11 assists. Aside from his do-it-all mastery of the night, Harden was also incredibly efficient from the field. He made 13 of his 24 shots, hit all of his 12 free throws and fired six treys to cap his impressive performance. Young budding center Clint Capela also had a career game of 30 points, 14 rebounds and 2 steals, while Russell Westbrook chipped in 20 points, 7 boards, 4 assists and 3 steals.

Finding themselves down by seven after the opening quarter, the Rockets fought back as they put up a 40-point second quarter. They maintained the lead after the halftime break, increasing their lead to 12 points after the third period. While Harden’s night was really spectacular, Capela’s impact on both ends of the floor was also fantastic. He was able to contain Sixers’ star center Joel Embiid, while also pouring in the points for his team. Capela says that he indeed always finds his match-up with Embiid a bit more exciting, per Tim Daniels of Bleacher Report.

Ben Simmons led the charge for the Sixers. The lefty, 6-foot-10 point guard had his own triple-double of 29 points, 13 rebounds and 11 assists, while filling up the stat sheet with 3 steals and 4 blocks. Tobias Harris contributed 24 markers, and Embiid finished with 20 points, 12 boards and 3 assists. Both Al Horford and Josh Richardson only tallied 7 markers apiece. Harris emphasizes that the team has to make full use of their talents for them to grow as a better team, per ESPN’s Tim MacMahon.

"We have to figure out a balance of how to [combine] all of our talents together on the floor. I just think what helps that is if we continue to move more on the floor, continue to make plays for one another and do the little things for our teammate. That's something that we have to get better at, and that's something we have to fight through. We have a lot of talent, but at the same time, we've got to all figure out how to mesh our talents together and make it work for the better good."

The loss marks the Sixers’ fourth straight loss. In that span, they have lost to two perennial Eastern Conference contenders, the Miami Heat and the Indiana Pacers. This loss against the Rockets should be a wake-up call for a team expected to book a spot in the East Finals. Embiid says that he is getting tired of the losses piling up for him and his teammates.

"Losing four in a row sucks, and it doesn't feel like we're getting better.  It is     frustrating. ... I care about winning. It's taking a toll on me. All I care about is  winning. It sucks. We've got to find a way. I guess we've got to keep fighting."

The Sixers will have a couple of days to rest before they go back home to host Chris Paul and the Oklahoma City Thunder on Monday.

In his first match-up against his former squad, Anthony Davis willed the Los Angeles Lakers to a 123-113 victory over the New Orleans Pelicans. Davis put up a massive double-double performance of 46 points, 13 rebounds and 3 steals, while going for a 15-21 clip from the field and making all of his 13 trips to the free throw line. Danny Green reinforced Davis with six treys on his way to 25 makers, and LeBron James facilitated the team’s offense with 15 assists, on top of his 17 points and 7 rebounds.

In one of the most anticipated games of the season, Davis and the Lakers raced to a 42-point first quarter. They never looked back from there. The Lakers were already leading by 22 points entering the final period, ultimately icing the team’s 28th win of the season. Pelicans head coach Alvin Gentry told the media that Davis was just tough to deal with in this game, as per NBA.com.

“Yeah, we’re familiar with him and he’s a tough matchup. He got them off to a good start and he even made the three-point shot, but I still thought we hung in the game... Just really tough. I thought we played well. I thought we tried to take the ball to the basket. We had 68 points in the paint and we shot seven free throws, but AD [Anthony Davis] was big and Danny Green did a good job of making big shots and getting separation. But I still thought that we continued to play.”

Lonzo Ball, a former Laker, topscored for the Pelicans with 23 points, 5 assists and 2 steals. Another ex-Laker Brandon Ingram chipped in 22 markers, while veteran big man Derrick Favors came through with a double-double outing of 15 points, 14 rebounds and 4 blocks. JJ Redick made four three-pointers on his way to 14 markers, and E’Twaun Moore came off the bench to amass 16 points and 3 boards.

Despite the loss, Gentry credited Ball’s increased aggressiveness in these past couple of games. Prior to this Lakers match-up, Ball put up 27 points, 10 rebounds and 10 assists in a win against the Rockets.

“Well I think the key thing there is the aggressiveness you’re talking about. I think he’s been really aggressive. I think, like I said, he’s done a great job of, on makes and misses, of getting the ball and pushing it and trying to create some early offense for us and he’s been really good at that.”

The Pelicans will have only a night to regroup after this loss. They will face the Sacramento Kings in the second night of their back-to-back-schedule on Saturday.

The Boston Celtics fought back from a poor opening quarter as they hacked out a hard-earned 109-106 win over Trae Young and the visiting Atlanta Hawks. Jaylen Brown led the way for the Celtics with a double-double night of 24 points, 10 rebounds and 2 steals. Gordon Hayward contributed 18 points, while defensive ace Marcus Smart produced an all-around stat line of 15 points, 6 boards, 9 assists, 3 steals and 2 blocks.

The Celtics were not on their best foot early on as they trailed the Hawks by 13 points after the first quarter. But they were able to trim the deficit to just one entering the halftime break, and led by three after the third period. A Smart three-pointer with 43 seconds left gave the Celtics a four-point cushion. The Hawks would then score on the other end, and made a crucial stop on defense. With the chance to win the game, Hawks star guard Trae Young crossed over for a step-back three-pointer but his shot was thwarted by Daniel Theis, Boston’s starting center.

Theis, who netted 14 points, 6 boards and 2 blocks in the win, says that he anticipated that Young will go for a game-winner rather than tie the game with a lay-up, as per Jimmy Golen of the Associated Press.

“As soon as I switched on him, I knew he wanted to take the 3 to win the game. He probably would’ve beat me for a layup, but I think he just wanted the game-winner. That’s why I said I just tried to take away the shot, and at the end I was right there to block it.”

Young led the charge for the Hawks with his own double-double stat line of 28 points, 5 rebounds and 10 assists. Kevin Huerter and John Collins chipped in 17 and 16 markers, respectively. The Hawks will go back home to Atlanta to host Domantas Sabonis and the Indiana Pacers in the second leg of their current back-to-back assignment.