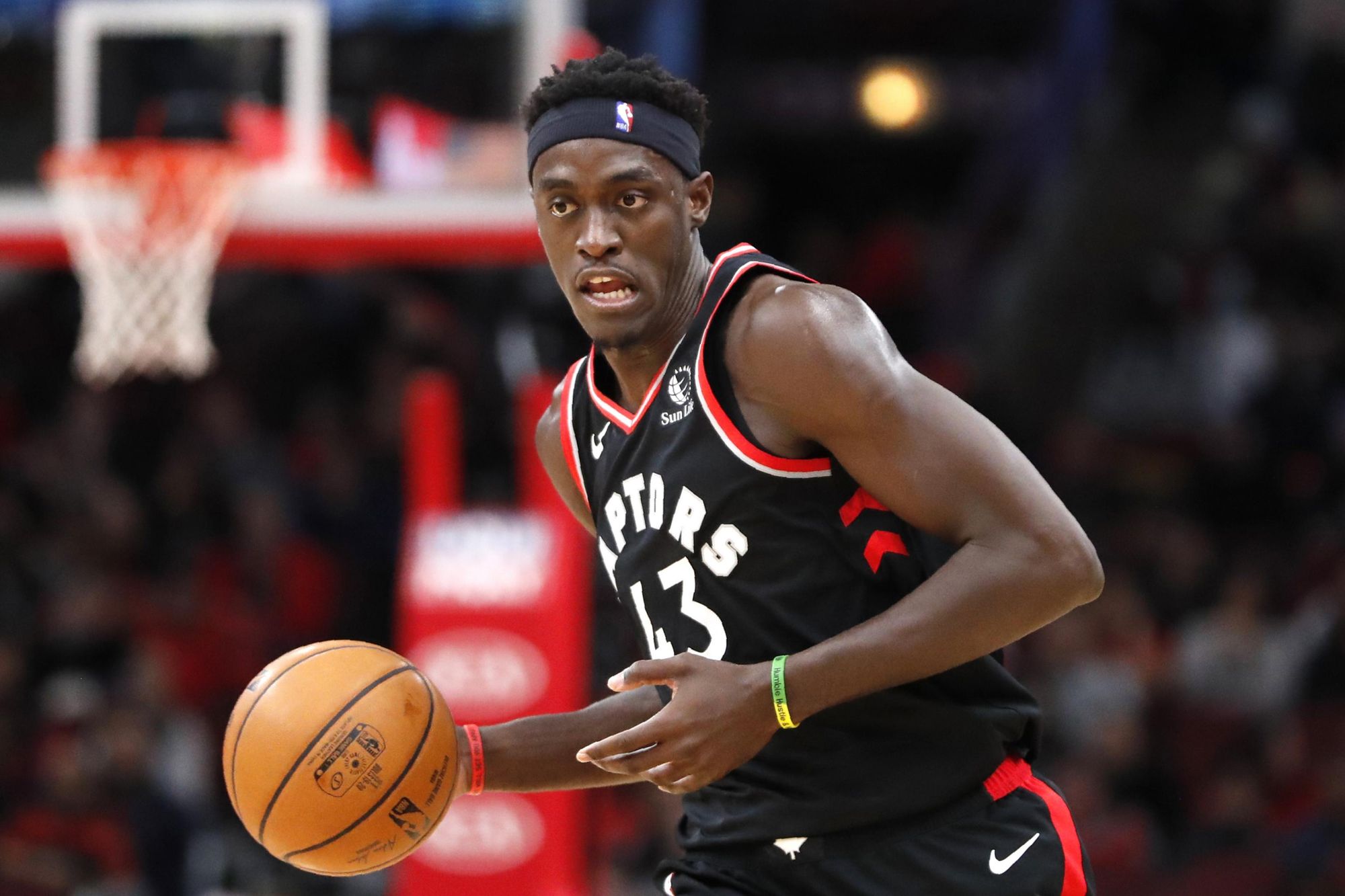 Despite injuries to a number of their key cogs, the Toronto Raptors buckled down on defense and hacked out a 101-92 victory over Donovan Mitchell and the Utah Jazz. Pascal Siakam showed why he is an All-Star this season as he stuffed the stat sheet with 27 points, 11 rebounds and 8 assists, including timely buckets down the stretch. Starting veteran center Serge Ibaka also hit 27 markers, including five triples on top of his 13 rebounds. All-Star point guard and team captain Kyle Lowry came through with his 21 points, 7 assists and 3 steals as the defending champs notched their 46th win of the season.

It was a solid character win for the depleted Raptors. With scoring point guard Fred VanVleet and star big man Marc Gasol already out with respective injuries, Norman Powell exited the game in the opening quarter when he sprained his ankle. It was an unfortunate setback for the sweet-shooting swingman, who just garnered the Eastern Conference Player of the Week honors last week.

Without two of their usual scorers in VanVleet and Powell, the defending champs relied on their defense to turn back the Jazz. They held two of the Utah’s All-Stars to a combined 17 markers, with Mitchell missing twelve of his sixteen field goal attempts and Rudy Gobert only making one shot in the game. Only Joe Ingles hit the 20-point mark for the Jazz, an excellent indication of the Raptors’ laudable efforts on the defensive end.

Lowry, who also pulled down five boards and had four hits from three-point territory, emphasized on the level of focus that he and his teammates have this season. As per Toronto Sun’s Mike Ganter, Lowry also singled out head coach Nick Nurse’s brilliance in preparing their game plan.

“I don’t know who makes excuses, but we don’t. Nothing we do is an excuse … Our team is unbelievable with just staying in the moment and understanding what we have to do. Nick is really good. People got to start looking at him and giving him  some credit for a lot of things we do.

The way we operate, the way we do things, the way we go about our business, we’re pros. Guys come in and do their job and get their work in. There is a real seriousness  to what we do.”

It was another efficient shooting display for Ibaka, who only missed two of his seven tries from beyond the arc. Siakam was also instrumental in the win, despite turning the ball over five times. The young All-Star forward says that the team knows how to bounce back after a bad play and just continue executing based on their game plan.

“I think it’s just a mentality. I think going through the season with different scenarios and people out and others not playing, I think we just built that type of mentality that no matter what happens, we just stick together as a team and we try to work the game.

It’s going to be a long game but the most important thing is just stay together, don’t panic and just keep executing.”

As for the Jazz, things just did not click on their offensive sets. Ingles came off the bench to lead them in the scoring column with his 20 markers, while also adding five rebounds, six dimes and two steals. Royce O’Neale contributed 15 points and 7 boards, but the team’s stars fumbled their way on offense. Starting point guard Mike Conley had seven turnovers in the loss, while Mitchell and Gobert struggled to get it going with their shots.

Jazz head coach Quin Snyder attributed their loss to the fact that his player just could not convert on the good shots they had all game long, as per Matt Payne of utahjazz.com.

"We had a number of looks at the rim that we weren't able to convert. Guys are going to have off nights. There were a lot of little things, whether it's making open shots when we have them, particularly when we get to the rim. Those possessions are hard, because then you're defending against numbers the other way. It puts pressure on our defense when we don't convert. But we have total confidence in our guys, and we'll bounce back."

Despite this tough outcome, the 4th-seeded Jazz are still a full game ahead of the Oklahoma City Thunder and the Houston Rockets. They just have one day to rest before they travel to Oklahoma City to face Chris Paul and the rest of the resilient Thunder squad.

The Denver Nuggets turned it up on the defensive end in the second half as they defeated a depleted Milwaukee Bucks squad, 109-95. Jamal Murray led the charge for the home team as he finished with 21 points, 5 rebounds and 6 assists, including a highlight poster dunk that was waved off on a questionable offensive foul call. Veteran power forward Paul Millsap produced a double-double outing of 20 points and 10 boards, and Jerami Grant chipped in 19 markers off the bench. Superstar center Nikola Jokic stuffed the stat sheet with his 10 points, 9 rebounds and 7 dimes.

The Nuggets had the game under wraps right from the opening canto. They exploded for 39 points in the first quarter to establish an early 15-point lead. The Bucks would threaten as they trimmed the deficit to just five points entering the final frame, but the Nuggets pulled away in regulation.

Although this was not a very high-credentialed win as the league-leading Bucks were without four of their five usual starters, it was still a breath of fresh air for the Nuggets. They were struggling to rack up the wins after the All-Star break, a very concerning issue for an elite contender in this very crucial time of the season.

Nuggets head coach Michael Malone emphasized that it is his priority to motivate his team and bring them back to playing their best basketball, as per Mike Singer of The Denver Post.

“I’m not even worried about them, and I say that with no disrespect, because they are a great team. Just trying to find a way as a head coach to get our group back to playing the way I know we’re capable of. … That’s my No. 1 concern. How can I get our group back to defending, taking care of it, rebounding and, more important, going out there and just playing more free, not tight and having some fun.”

The Bucks played without key players Brook Lopez, Eric Bledsoe and George Hill, while also missing the services of their two All-Stars Khris Middleton and reigning MVP Giannis Antetokounmpo. Veteran shooter Kyle Korver topscored for the league frontrunners with his 23 markers, and Sterling Brown fired three triples on his way to 16 points. Robin Lopez started in place of his injured twin brother and chipped in 11 points, 5 rebounds and 3 assists.

Korver, who made five hits from beyond the arc, lamented the fact that his teammates are “banged up” in this very important stretch to the postseason, as per the Associated Press.

"At the warmup and certain guys weren't warming up, I was like, 'You playing tonight?' 'Nope, I don't think so.' Different guys are banged up -- we're at that time of year. We've got a good home stretch coming up here and we want to get right. Guys have nicks and knacks and you take care of it. We've got some important games coming up so it was definitely the right call."

With Antetokounmpo reportedly sitting out the next two games for the Bucks, it is time for the other players to step up their game. They still have a very comfortable 6.5-game advantage over the 2nd-seeded Raptors in the East. The Bucks have a big match-up coming up as they go back home to host Jayson Tatum and the Boston Celtics on Thursday.

Charlotte Hornets lost to the Atlanta Hawks in double overtime, 138-143