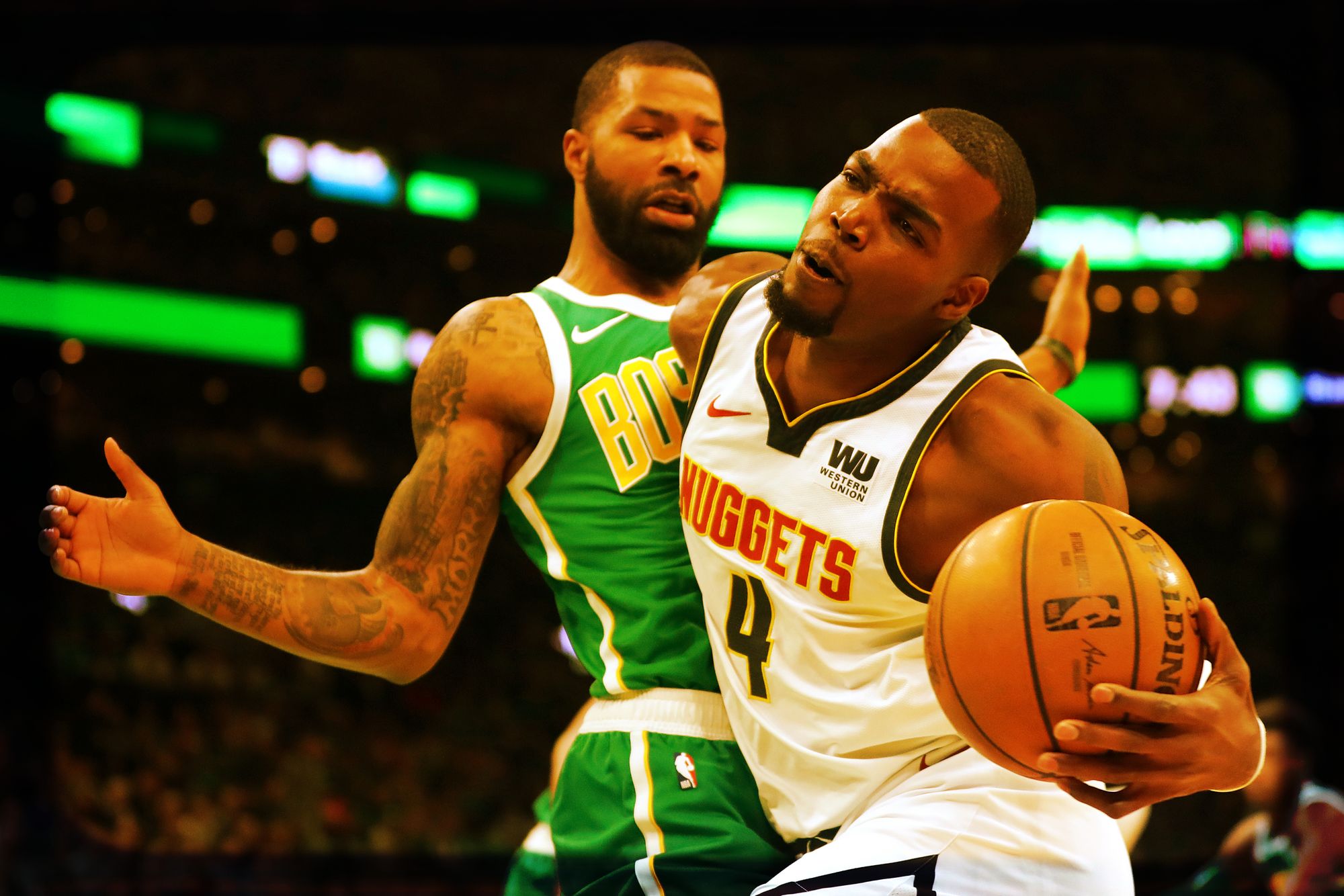 After failing to enter the playoffs in the last five years, the Denver Nuggets have finally booked a spot in the April games as they defeated the Boston Celtics, 114-105. All-Star center Nikola Jokic led the charge for the 2nd-seeded Nuggets, finishing with 21 points, 13 rebounds, 7 assists, 3 blocks and 2 steals. Will Barton chipped in 20 markers, while Gary Harris tallied 16, including four makes from beyond the arc. With a tied game entering the final period, the Nuggets used a strong fourth quarter performance to break away from the Celtics and secure their 47th win of the season. They Nuggets are now streaking towards the postseason having won four consecutive games.

Celtics superstar point guard Kyrie Irving topscored with a game-high 30 points, 5 rebounds and 4 steals, while veteran big man Al Horford delivered 20 markers, 6 boards and 6 assists in the loss. The defeat drops Boston to a 43-28 record, still a full game behind the Indiana Pacers for the fourth spot in the Eastern Conference.

The San Antonio Spurs maintained their position as the hottest team in the NBA as they hacked out an impressive 111-105 victory over Stephen Curry and the visiting Golden State Warriors. DeMar DeRozan impressed with a near triple-double line of 26 points, 9 rebounds and 8 assists, while All-Star big man LaMarcus Aldridge pulled off a double-double of 23 points, 13 boards and 2 blocks. The Spurs are now riding a massive nine-game winning streak, with big wins over elite contenders such as the Oklahoma City Thunder, the Milwaukee Bucks, and the Portland Trail Blazers. San Antonio has now surprisingly climbed to the 5th seed in the Western Conference as they own the tiebreaker advantage over the Thunder.

With fellow Splash brother Klay Thompson struggling with only 14 points, Curry led the defending champs with 25 points, 8 assists and 7 boards. Kevin Durant tallied 24 markers and 5 rebounds. The Warriors played without starting center DeMarcus Cousins who was sidelined with a minor ankle injury, paving way for the return of Aussie big man Andrew Bogut. Bogut scattered 7 points and 7 rebounds in his debut game this season.

The veteran guards came through for the visiting team as the Miami Heat earned a 116-107 triumph over Paul George and the Oklahoma City Thunder. Goran Dragic torched the hoop with 26 points on six made three-pointers, and also dished out 11 assists and grabbed 5 boards. Future Hall of Famer shooting guard Dwyane Wade also came off the bench to tally 25 points, 5 assists and 4 rebounds. The Heat rode a solid defensive performance in the third quarter to lead by eleven points entering the deciding fourth quarter, providing enough cushion to hold off a Thunder comeback. The win was an important one for the Heat, who are now sporting a 34-36 win-loss card, 1.5 games ahead of the Orlando Magic for the last playoff spot in the conference.

George carried the Thunder for the most part of the night, finishing with an all-around stat line of 31 points, 9 rebounds, 5 assists, 2 steals and 2 rejections. Combo big man Jerami Grant contributed a double-double of 27 points and 10 rebounds in the loss. The Thunder played without star point guard Russell Westbrook, who served a one-game suspension following his 16thtechnical foul of the season.

Playing without injured shooting guard CJ McCollum, the Portland Trail Blazers turned to their All-Star playmaker to carry them to a hard-earned 106-98 victory over the visiting Indiana Pacers. Damian Lillard delivered the goods for Portland as he put up 30 points, 15 assists and 3 steals in the win. It was the first career 30-15 outing for Lillard as he also finished with an efficient shooting performance in the game. Jusuf Nurkic completed another double-double of 18 markers and 11 rebounds, while Al-Farouq Aminu chipped in 16 points. The Blazers broke away from Indiana as they held them to a paltry 17-point performance in the second quarter.

Pacers starting center Myles Turner had one of his best scoring nights with 28 points and 10 boards, while small forward Bojan Bogdanovic scattered 15 markers. It was the second straight defeat for the 4th-seeded Pacers, who will face the Los Angeles Clippers in the next assignment of their current back-to-back schedule.