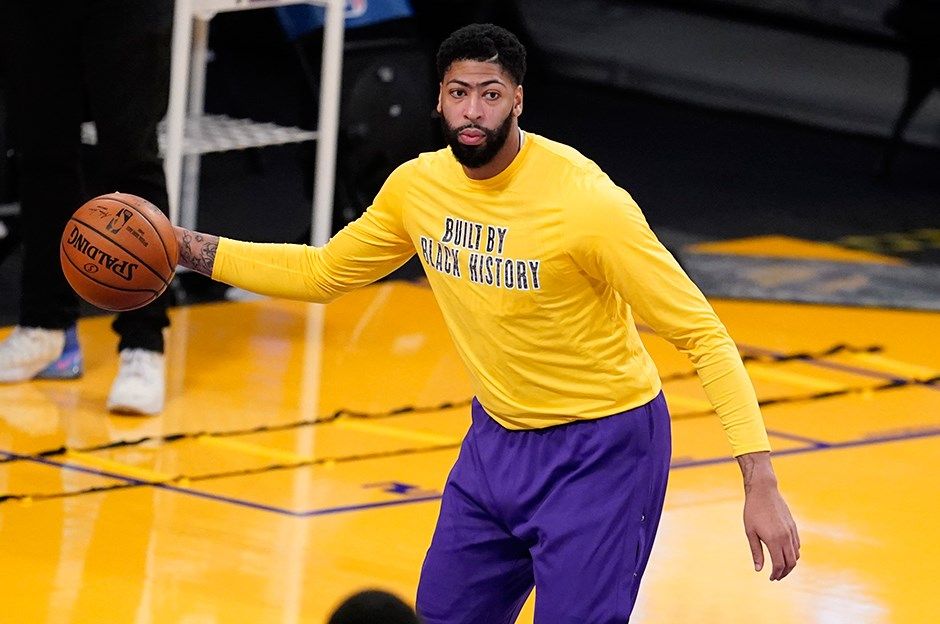 In their first preseason match that served as a fitting tuneup for their upcoming campaign in the 2021-22 NBA season, the Los Angeles Lakers lost a lopsided 123-97 decision to the Brooklyn Nets. The Lakers missed the services of superstars LeBron James and Russell Westbrook, as well as newly-acquired veteran players Carmelo Anthony and Trevor Ariza. However, Lakers fans do not need to be worried as the Lakers coaching staff only opted to rest James, Westbrook, and Anthony as these three players were not included in the team’s injury report.

Superstar big man Anthony Davis did play in the Lakers’ first preseason game, but he only logged in 11 eleven minutes of play. The All-Star combo big man finished with six points, one rebound, one assist, and one steal. As per a column written by Sanjesh Singh of LeBron Wire, Davis did not sound concerned about the Lakers’ offense last night. However, he also pointed out that the team is collectively way behind in terms of preparations, and that they have to make a lot of improvements on their work on the defensive end of the floor.

“We’re way behind,” Davis said. “Getting movement on offense. Quality shots.  Defensively, talking, getting our schemes right. Rebounding, very huge. We’re not boxing out. That was the main takeaway.

Offense will come. We’re not too worried about it, especially when we get Bron, Melo, TA and Russ out there,” Davis said. “But it was the first game to see where   we are, and we got to do a better job defensively, especially blocking out.”

Malik Monk, who suited up for the Charlotte Hornets last season, produced a game-high 15 markers for the Lakers. He came off the bench and immediately assumed the role of a spitfire gunner as he made six of his twelve total field goal attempts, including hitting three shots from the three-point line. If Monk wants to carve out a consistent niche in Lakers head coach Frank Vogel’s rotation, it would come in the form of a scoring boost in the team’s second unit.

The other Lakers players who put up double digits in the scoring column include the young and talented Talen Horton-Tucker, who produced an all-around stat line of 10 points, 4 rebounds, 3 assists, and 1 steal. Along with Horton-Tucker, veterans Dwight Howard and Wayne Ellington also put up double-digits on offense with both tallying eleven points apiece. Howard won his first NBA championship with the Lakers when they beat Jimmy Butler, Bam Adebayo, Tyler Herro and the Miami Heat during the 2020 NBA Finals. However, the former Defensive Player of the Year suited up for the Philadelphia 76ers last season, but the Lakers front office made it a point to go after the defensive-minded big man’s services for the upcoming season.

Other new acquisitions for the Lakers last offseason that saw action last night are scoring point guard Kendrick Nunn, veteran point guard Rajon Rondo, veteran combo wing stalwart Kent Bazemore, and former All-Star big man DeAndre Jordan. It was a tuneup game that saw the Lakers lose but this is not something that they should be worried about. As per a column written by Jovan Buha for The Athletic, Vogel also pointed out that he wanted to commend Davis for his willingness to play in the first game and start building up his chemistry with his new teammates. Davis started alongside a traditional center in Jordan, which is a trend that could see the Lakers going back to putting Davis on the power forward position.

“I commend him for wanting to play in this first game, even though it was a noon game and only really the fourth or fifth day removed from the start of camp,” head coach Frank Vogel said. “I think he looked really good. He moved well. He missed a couple of shots that he normally makes, but you could just see the presence that he has, especially alongside DeAndre.

We don’t have those decisions made yet,” Vogel said. “We’ll see how guys are feeling. We’ll talk to our main guys — Russ, Bron, AD and Melo — and see how they’re feeling, how many games they want to play. Like I said, we want them to play enough games to get a rhythm and to get familiar with each other without overdoing it in the preseason.”

Of course, the Lakers would understandably go all-in for another championship this season. With all the injuries that hounded and hampered their collective progress last season, they bounced out early in the playoffs after being soundly defeated by Chris Paul, Devin Booker, Deandre Ayton, Jae Crowder, and the eventual Western Conference champions Phoenix Suns right in the first round.

With the aging James already seeing his championship window slowly closing, it is understandable as to why the Lakers front office are going all-out in their pursuit of their second championship trophy in the last three years. James, who will be turning 37 years of age this December, is coming off another productive season that saw him put up an all-around stat line of 25.0 points, 7.7 rebounds, 7.8 assists, 1.1 steals, and 0.6 blocks per contest. James also produced an efficient set of shooting percentages that included an excellent 51% overall clip from the field, and a decent 37% overall clip from the three-point line.

James, who was the first overall selection in the 2003 NBA Draft, has led a very productive and illustrious basketball career. He did not only find success in the NBA, as evidenced by his four successful title runs with the Lakers, the Heat, and the Cleveland Cavaliers, but he was also a winner in the international stage as he has already won multiple gold medals with Team USA. At this point of his career, it is just sheer competitiveness that drives the four-time Most Valuable Player to still aim for another championship. He does not have anything to prove right now, but it is also true that he still wants to win it all again.

But as per a column written by Dave McMenamin for the ESPN, James made it known that he is still very excited for the upcoming season. He pointed out that he already likes what he is seeing from this Lakers team filled with quality veterans and an injection of talented young players, and of course there is also the fact that he will be finally playing alongside a former rival and his long-time close friend Carmelo Anthony. James says that he is already loving the heightened energy that his new teammates are providing, something that is always a very positive takeaway from an NBA team’s training camp.

"Just the energy," James said when asked what had changed. "Last year after coming off the bubble it literally took everything away from you. Any little bit of energy that you had, it was completely gone when we left there. ... To come back into the season with the quick start that we had, kind of the life of the party was a little bit, just like, it was just kind of stale. You know, rightfully so. Guys just didn't  have an opportunity to get a mental break.

You could definitely feel the energy shift a lot more in this season the first two practices compared to last. Obviously you can tell I've been yelling the last couple days, just trying to implement everything," James said, his voice clearly hoarse. "My voice is deteriorating as the minutes go on, but that's a good thing."

The Brooklyn Nets also did not field in their top cogs such as superstars Kevin Durant, James Harden, and Kyrie Irving, along with a couple of their key players from last season in Blake Griffin and Joe Harris. Newly-acquired sweet-shooting point guard Patty Mills also opted to sit out his new team’s first preseason game.

Cameron Thomas came off the bench to lead the charge for the Nets with his game-high 21 markers, while also adding four rebounds and two assists to his tally. Newcomers Paul Millsap and Sekou Doumbouya also saw action as they contributed 11 and 10 points, respectively. One of the happiest sights to see in last night’s ball game was the return of LaMarcus Aldridge, who initially retired last season due to what they initially deemed as a career-ending health scare.