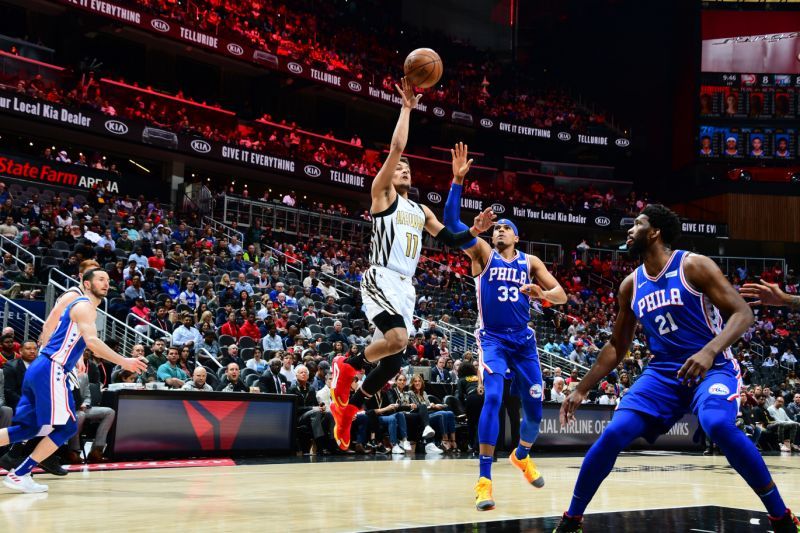 In a bid to keep their playoff chances alive, the Charlotte Hornets fought back in the deciding quarter to beat the visiting Boston Celtics, 124-117. All-Star point guard Kemba Walker had a near triple-double of 36 points, 11 rebounds, 9 assists and 2 steals, including six makes from beyond the arc. In the early minutes of the fourth period, it looked like the Celtics were primed for a runaway win. A Jaylen Brown lay-up put Boston up by 112-94 before the Hornets mounted a rally for the ages. A 19-3 run by the Hornets trimmed the deficit to just two points, which Walker capped with a step-back three-pointer to give Charlotte a 118-117 lead. Boston had the chance to tie the game with a Terry Rozier triple, but the shot missed.

Kyrie Irving led the visiting team with 31 points, 7 boards and 6 assists, while Brown chipped in 29 markers off the bench. This is the third loss in a row for the slumping Celtics, who are sporting a 43-31 record. For Charlotte, the win improves them to a 34-39 win-loss card, two full games behind the 8th-seeded Miami Heat.

Even at 37 years old, Dwyane Wade showed his clutch heroics as the Miami Heat escape the Washington Wizards with a close-call 113-108 victory. Wade came off the bench to topscore for the Heat with an all-around stat line of 20 points, 9 rebounds and 5 assists, while sophomore center Bam Adebayo had a brilliant outing of 16 points, 11 boards, 8 assists and 4 blocks. Miami was able to ice the game with an outstanding inbound play that saw Wade finding a cutting Kelly Olynyk for an easy dunk to put the Heat up by five in the waning seconds. It was the Heat’s fourth win in the last five contests, and a big bounce-back victory after losing to the Milwaukee Bucks in their previous assignment.

Veteran forward Jeff Green led the charge for Washington with 25 points and 6 boards off the bench, while point guard Tomas Satoransky tallied 12 markers, 8 assists and 8 rebounds in the loss. Now sporting a paltry 30-44 record, the Wizards are virtually out of playoff contention.

Behind the heroics of rookie point guard Trae Young, the Atlanta Hawks wielded the upset axe on the Philadelphia 76ers to carve out a 129-127 victory at home. Young finished with a game-high 32 points, on top of 11 assists and 6 rebounds. Taurean Prince scattered 23 markers, while center Dewayne Dedmon contributed 17 points and 8 boards. It was a see-saw affair in regulation with both teams exchanging crucial baskets. With the Sixers up by a precarious point, Young made a clutch three-pointer that gave the Hawks a 125-123 lead with a little over a minute left. Prince and Philly star forward Jimmy Butler exchanged lay-ups in the ensuing possessions, tying the game at 127. With only three seconds remaining on the clock, Young drove to the lane and put up a successful floater to ice the win for the home team.

All-Star center Joel Embiid tallied a double-double of 27 points and 12 rebounds in the loss, while Butler came through with 25 markers, 6 boards and 4 assists. The loss snapped the Sixers’ six-game winning streak, dropping them to a 47-26 record. Philadelphia still owns a 2.5 game lead over the Indiana Pacers for the third spot in the Eastern Conference.

With nothing to lose and no pressure on their shoulders, the Dallas Mavericks played one of their best games this season as they convincingly defeated the Golden State Warriors, 126-91. Rookie wonder Luka Doncic netted yet another triple-double production of 23 points, 11 rebounds, 10 assists and 3 steals, while Dirk Nowitzki scored 21 markers, grabbed 5 boards and blocked 2 shots. Dallas torched the Warriors from beyond the arc, making 21 three-pointers on an impressive 43% clip. Despite officially out of the playoffs, the win sheds positive light on the Mavericks’ season as they look forward to their future with recently-acquired superstar Kristaps Porzingis on the horizon.

The Warriors played without superstar point guard Stephen Curry, who the team opted to rest. Kevin Durant led the losing team with 25 points and 5 rebounds, while DeMarcus Cousins contributed 19 markers and 6 boards. The 35-point beating the Warriors sustained is their worst home loss since 2007.