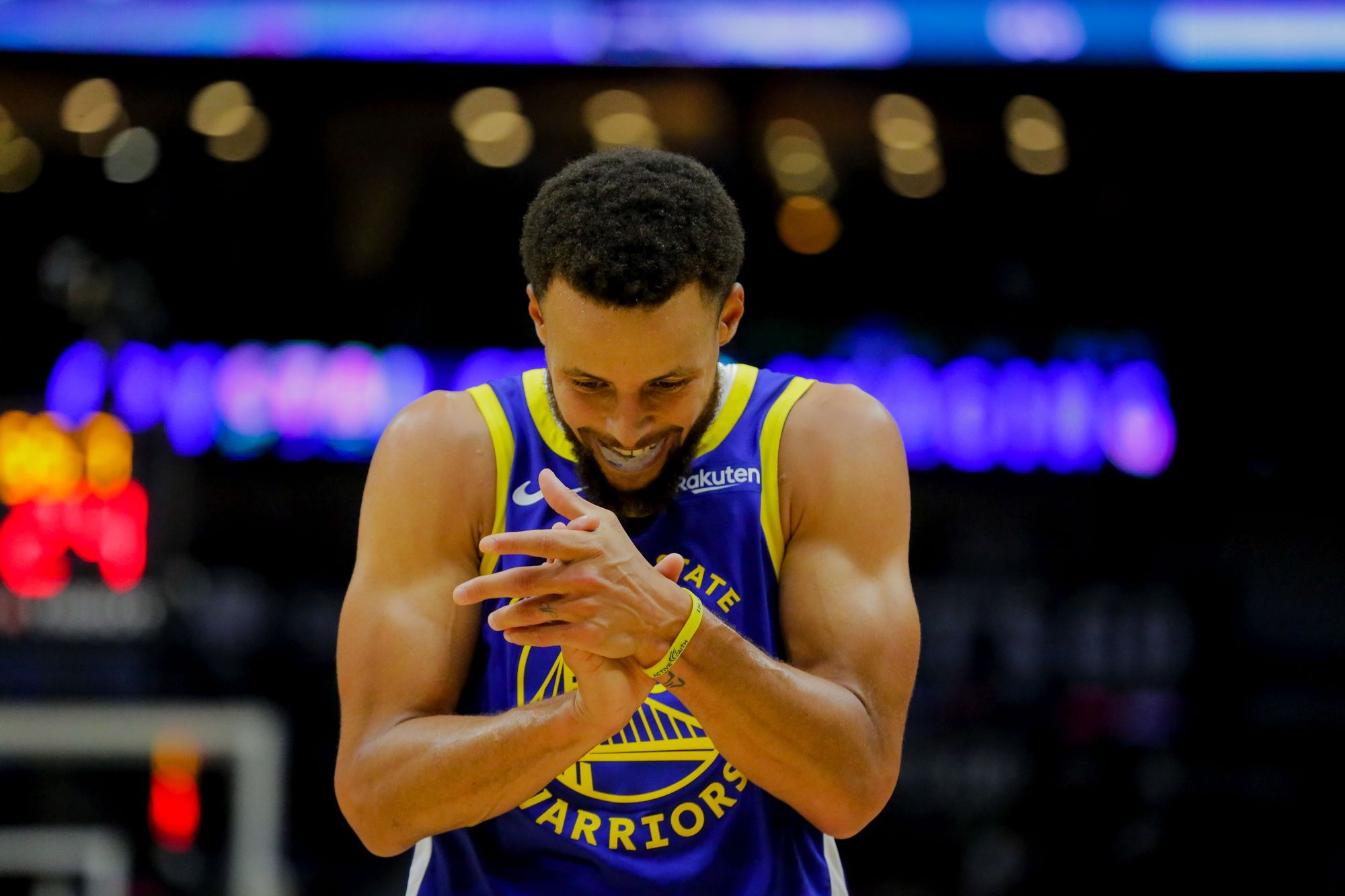 The Golden State Warriors finally broke through the win column as they pounced on the New Orleans Pelicans, 134-123. Stephen Curry had himself a double-double performance as he finished with 26 points and 11 assists, on top of 3 steals and four three-pointers. The two-time MVP partnered with newly-acquired star guard D’Angelo Russell in the victory. Russell produced an all-around stat line of 24 points, 7 rebounds and 8 assists, easily his best game with the Warriors through the first three games of the year.

But the best performer for Golden State was Draymond Green, who led the way for his team with a triple-double outing. Green notched 16 points, 17 boards and 10 assists, while setting the pace for the Warriors. After the game, Green told Kerith Burke of the NBC Sports Bay Area that he was able to lead the right way this time around.

“In the first two games, I didn't set a good tempo. We have a lot of young guys, and you have to lead them and that can go either way. The first couple of games, I led them the wrong way and I have to be better. Tonight, I was better.”

The Warriors’ dominance was on display the whole night. They mounted a 17-point lead after the first half, and were already leading by 24 points as the game entered the payoff period. One statistical department that the Warriors focused on this game was their passing game. They totalled 37 assists against the Pelicans, a far cry from the 17 assists they compiled in a loss against the Oklahoma City Thunder. The Dubs also controlled the rebounding battle, amassing 61 boards against the Pelicans’ 41.

Brandon Ingram again led the charge for New Orleans as he netted a stellar stat line of 27 points, 10 rebounds and 6 assists. Rookie big man Jaxson Hayes came off the bench to contribute 19 markers, while another Pelicans rookie in Nickeil Alexander-Walker came up with a near double-double night of 15 points and 9 assists.

Jahlil Okafor, the young Pelicans center who replaced the injured Derrick Favors in the starting line-up, says that his team shouldn’t just press the panic button after their disappointing 0-4 start.

Via Scott Kushner of nola.com:

“I’m not really sure. We just have to regroup and stay together. At the end of the day, it’s just another loss. It was a bad loss.

We are 0-4. But we started out 4-0 last year and it didn’t mean anything. So, 0-4 doesn’t mean anything either. We just have to regroup and try to get it back together.”

The Pelicans will try to finally get a win against Nikola Jokic and the Denver Nuggets on Thursday, while the Warriors will face Devin Booker and the uprising Phoenix Suns on Wednesday.

Harden puts up 40 in Rockets victory

James Harden and the Houston Rockets overcame a 13-point first quarter deficit to hack out a close-call 116-112 victory over the Oklahoma City Thunder. Harden came up with a game-high 40-point performance in the win, while co-star point guard Russell Westbrook almost had himself a triple-double night as he finished with 21 points, 12 boards and 9 assists. Veteran 3-and-D wing PJ Tucker contributed 17 markers, including five timely hits from beyond the arc.

Westbrook, who was traded by the Thunder to the Rockets after an 11-year stint, played his first game against his former team. Even with the win, the eight-time All-Star points out that the Rockets should start games with more energy, per Tim MacMahon of the ESPN.

"It's up to me to be able to make sure my guys are ready to go and not just ready but competing and playing hard. Because playing hard is not an option. For me, it's something that we've got to take pride in. To be able to get to that elite level, we've got to do that every night."

This game also marked the return of Chris Paul to Houston. The 34-year old playmaker put up 15 points, 5 boards and 4 assists in his return. Young budding star Shai Gilgeous-Alexander again showed out for the Thunder as he led them with 22 points and 9 boards. Dennis Schroder also had 22 markers off the bench, while Danilo Gallinari and Nerlens Noel netted 17 and 15 points, respectively.

After the game, Paul told the media that he is thankful for the second family he has in the Rockets organization and fan base.

"Extremely grateful. The fans here were always great to me and my family. The staff  ... some of the people here became like family to me, and I try to stay in touch with those who were as genuine as could be."

The Thunder will have their next assignment against Damian Lillard and the Portland Trail Blazers, while the Rockets visit Washington to face Bradley Beal and the Wizards on Wednesday.

The Philadelphia 76ers showed grit and character as they rallied past the Atlanta Hawks to a thrilling 105-103 win. Joel Embiid topscored for the Sixers as he put up a double-double performance of 36 points, 13 rebounds, 5 assists and 3 steals. Josh Richardson contributed 14 markers, while Ben Simmons and Tobias Harris netted 13 points apiece. With this victory, the Sixers stay undefeated through three games.

With under five minutes remaining in the fourth quarter, it seemed like the young Hawks team will run away with the win. They maintained an eight-point lead until that point, only for Embiid and the Sixers to scratch their way back to the game. Sixers head coach Brett Brown was enthusiastic after this “quality” win, per Ky Carlin of the Sixers Wire.

“It was the same attitude and the same type of qualities that allowed us to claw back from a 13-point deficit in Detroit. We are just figuring each other out, but it was that ingredient that enabled us to not roll over and find a way to win on the road. It was a fantastic quality win.”

Trae Young led the charge for the Hawks as he compiled 25 points and 9 assists, while John Collins totalled 16 points and 8 boards. Atlanta will go on the road to face Jimmy Butler and the Miami Heat on Tuesday as the second night of their back-to-back schedule.