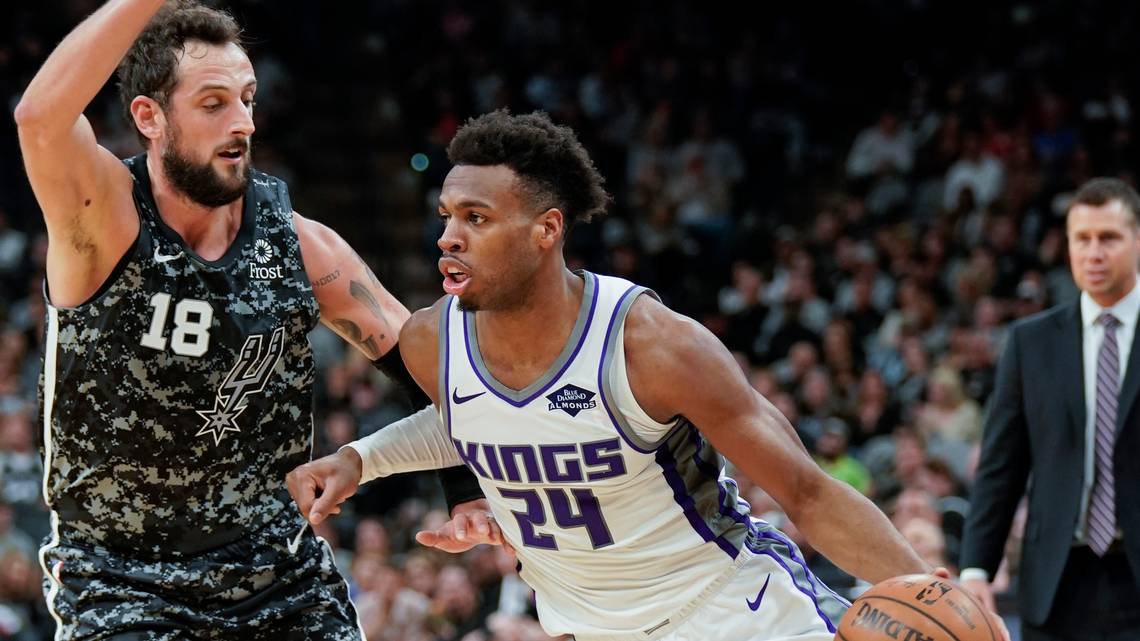 Rookie point guard Trae Young struggled pretty much all night but hit his shots when it mattered the most as the Atlanta Hawks got past the league-leading Milwaukee Bucks for a 136-135 overtime win. Young finished with a double-double of 12 points and 16 assists, while sophomore power forward John Collins tallied a big night of 23 points, 12 boards and 3 blocks. It was a see-saw affair entering the last few minutes of regulation as the Bucks saw their double-digit lead evaporate. The Hawks capped off their comeback when center Alex Len hit a three-pointer at the top of the key, ultimately forcing the overtime period. Milwaukee would again erect a cushion as they led 133-128 with only a little over a minute remaining. But Young would display his all-around skills, assisting on two consecutive Hawks dunks then scoring on a floater to put his team up by one. Bucks small forward Sterling Brown scored on a slashing lay-up at the other end, but Young answered with a buzzer-beating putback floater to win the night.

Brown put up a career-high of 27 points, along with 9 rebounds and 3 steals in the loss. Journeyman point guard Tim Frazier stepped up in the absence of key players as he finished with 20 markers, 15 assists and 7 boards. The Bucks were without All-Stars Giannis Antetokounmpo and Khris Middleton, while starting playmaker Eric Bledsoe sat out the night.

A balanced offensive attack coupled with a masterful second half defensive performance pushed the visiting Washington Wizards to an impressive 95-90 victory over Nikola Jokic and the Denver Nuggets. Young budding center Thomas Bryant had another stellar night as he came through with 20 points, 14 rebounds and 3 blocks in his match-up with Jokic. Rookie Troy Brown Jr. made five three-pointers on his way to racking up 24 markers, while Jabari Parker came off the bench to tally 20 points, 6 boards and 3 steals. Trailing by nine points after the first half, the Wizards would then hold the Nuggets to just 10 total points in the third quarter, while limiting them to 18 markers in the final period.

Jokic finished with a double-double of 23 points, 14 rebounds and 4 assists, but was ejected in the fourth period for arguing with the officials. Point guard Jamal Murray sprained his ankle in the third quarter, and didn’t return on the floor. Denver is now sporting a 51-25 record, a full game behind the Warriors for the top seed in the Western Conference.

Despite being out of playoff contention, the Sacramento Kings showed why they’re the most surprisingly good team in the NBA as they defeated the San Antonio Spurs, 113-106. Scoring shooting guard Buddy Hield topscored for the Kings with 26 markers, on top of 5 rebounds and 3 assists. Seven Sacramento players put up double-digit points as they put up an efficient shooting display of 48% clip from the field, including a stellar 44% from three-point territory. The Kings recorded their 38th win of the season as they salvage their year with a strong finishing run.

All-Star center LaMarcus Aldridge led the Spurs with a game-high 27 points and 18 rebounds, while shooting an efficient 50% from the field. DeMar DeRozan had an unusually quiet scoring night of just 16 points, while veteran forward Rudy Gay chipped in a near double-double of 18 markers and 9 boards. The Spurs are now tied with the Oklahoma City Thunder for the 7th seed, but fortunately owns the tiebreaker advantage.

With the playoffs just waiting around the corner, the Golden State Warriors turned up their pace as they hacked out a convincing 137-90 win over the Charlotte Hornets. The Splash Brother didn’t have to play in the fourth quarter, combining for 11 made three-pointers as the Warriors ultimately iced the game in the third period after mounting a 33-point lead entering the deciding quarter. Stephen Curry led the charge for the defending champs with 25 points and 6 assists, while Klay Thompson chipped in 24 markers. Back-up point guard Quinn Cook had one of his best career performances with an all-around stat line of 21 points, 4 rebounds and 4 assists.

Second-string center Willy Hernangomez topscored for the Hornets with 22 points and 5 rebounds, but had little contribution from his teammates. All-Star point guard Kemba Walker was limited to a measly outing of 9 points, making just four of his 14 attempts from the floor.