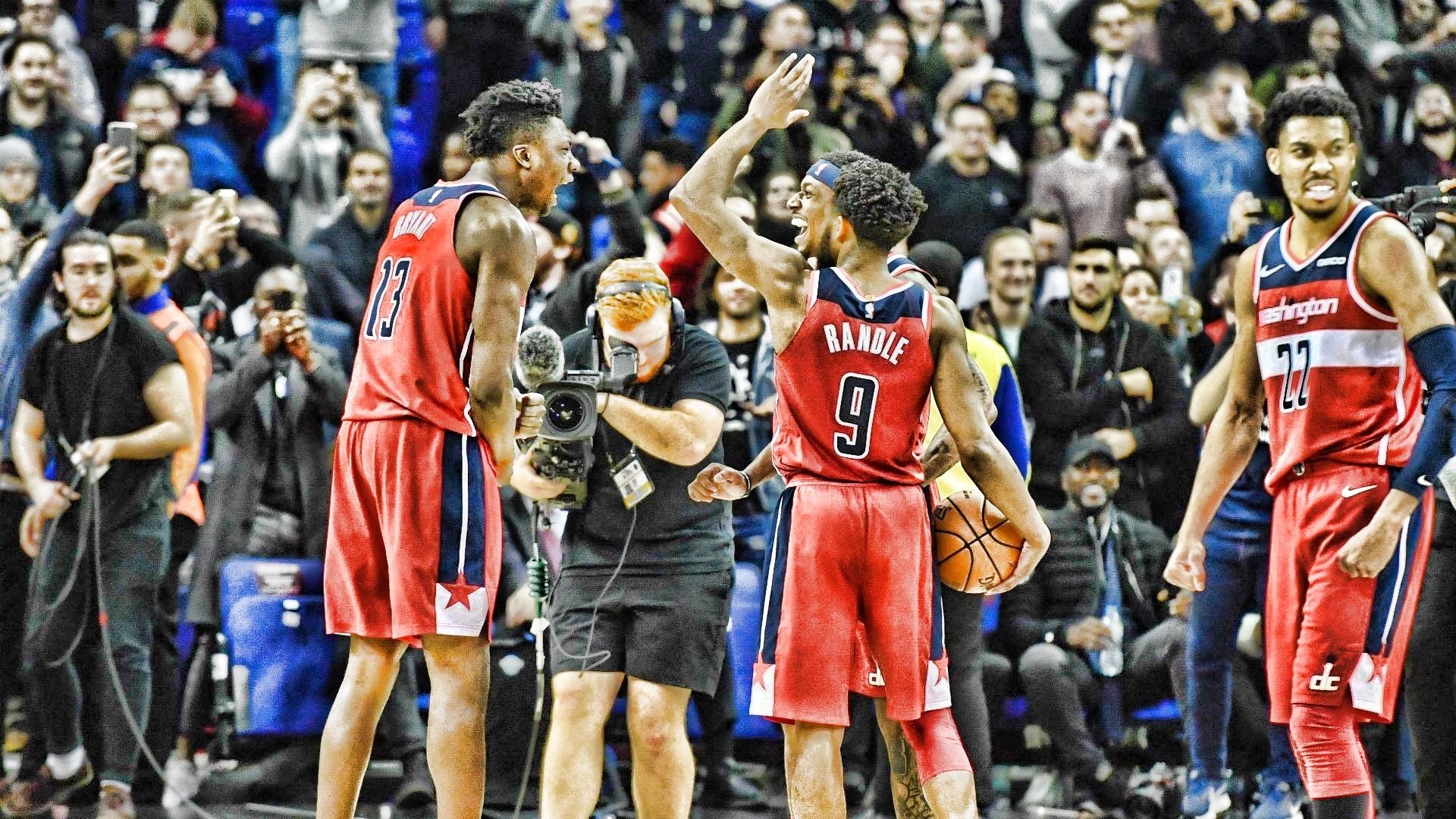 Wizards win off goaltending call in London face-off against Knicks

In one of the rarest late-game finishes in an NBA game, the New York Knicks were called for a goaltending violation, resulting in a 101-100 Washington Wizards’ victory in London. With the Knicks up by one with only seconds remaining, the Wizards drew up a brilliant pick-and-roll play on the top of the key. Bradley Beal attracted the double team, smartly passing the rock to the rolling Thomas Bryant, who then put up the easy lay-up which Knicks forward Allonzo Trier blocked. But upon the referees’ replay review, the Trier block was proved to be a goaltending call, giving Washington the victory. Beal had another brilliant all-around performance of 26 points, 9 rebounds and 4 assists, while Otto Porter Jr. came off the bench to put up a double-double of 20 points and 11 boards.

Knicks point guard Emmanuel Mudiay led the way for the losing team with a stat line of 25 points and 7 rebounds. With the win, the Wizards improved their record to 19-26, just 2.5 games behind the 8th spot in the East.

Butler leads the way as visiting Sixers blow out Pacers

Jimmy Butler led a balanced offensive attack by the Philadelphia 76ers as they soundly defeated the Indiana Pacers, 120-96. Butler was efficient on both ends of the floor, finishing with 27 markers, 8 assists, 5 boards and 3 steals. All-Star center Joel Embiid flirted with a coveted triple-double with 22 points, 13 rebounds, 8 assists and 3 blocks. With the game still close after the first half, the Sixers blew up the game in the third quarter, giving them a 15-point lead entering the final canto.

Pacers combo forward Thaddeus Young, one of the most underrated players this season, had 27 points and 6 rebounds in the loss. However, All-Star shooting guard Victor Oladipo was limited to only 15 points, and was largely inefficient on the field.

Playing without their superstar in Kawhi Leonard, the Toronto Raptors were pushed to brink before defeating the Phoenix Suns, 111-109. Third-year man Pascal Siakam atoned for a quiet night by driving down the lane in the game’s waning seconds, and laying it up against the outstretched arms of Suns center Deandre Ayton. Kyle Lowry led the Raps with a versatile performance of 16 points, 9 rebounds and 8 assists, while Serge Ibaka contributed 22 points to the win.

Suns shooting guard Devin Booker had a game-high 30 points and dished off 8 assists, while Kelly Oubre Jr racked up 18 points and 9 boards off the bench.

Arguably their best and most efficient performance since LeBron James went down with an injury, the Los Angeles Lakers showed poise and excellent offensive execution as they hacked out a much-needed 138-128 road win against the Oklahoma City Thunder. Kyle Kuzma had another brilliant scoring show, logging in 32 points, 8 rebounds, 4 assists and 3 steals in the win. Ivica Zubac chipped in a massive double-double of 26 points and 12 rebounds, while point guard Lonzo Ball had 18 points, 10 assists and 6 boards. More importantly, the Lakers showed poise in their late-game executions on both ends of the floor.

Russell Westbrook almost got another triple-double, finishing with 26 points, 13 assists and 9 rebounds in the loss. Westbrook forced the overtime period off three nerve-wrecking free throws at the end of regulation. Paul George topscored for the Thunder with 27 points.