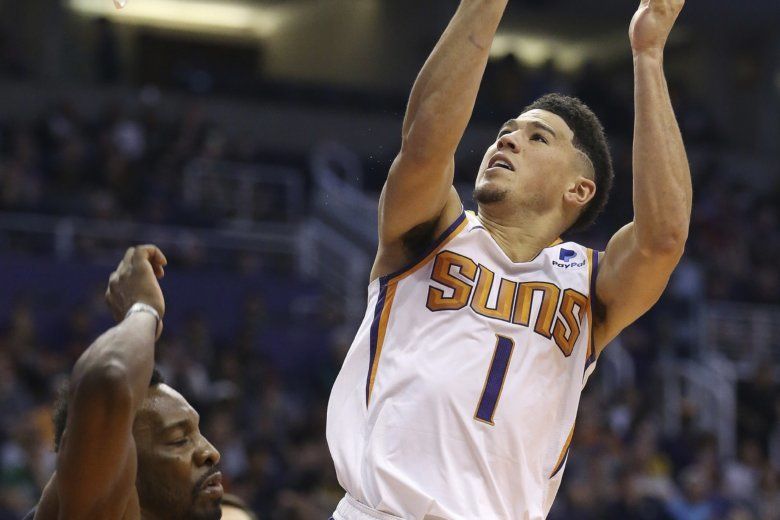 Drawing inspiration from recently injured center Jusuf Nurkic, the Portland Trail Blazers turned in a balanced team effort to take down the Chicago Bulls, 118-98. Seth Curry, the less heralded Curry brother, led the charge for the Blazers as he put up a team-high 20 points on four three-pointers, while All-Star point guard Damian Lillard logged in an all-around performance of 11 points, 7 assists and 6 rebounds. Portland raced right out the gates as they held the Bulls to just 14 first quarter points, setting a masterful defensive tone throughout the night. The Blazers also defended the perimeter well, limiting Chicago to just 22% from beyond the arc. It was the 47thvictory for the Blazers this season, maintaining a tiebreak advantage over the Houston Rockets for the 3rd seed in the Western Conference.

The Bulls, who have shut down young budding star Lauri Markkanen for the season, got 21 points and 10 rebounds from point guard Shaquille Harrison. Veteran big man Robin Lopez chipped in 15 markers, on top of 9 boards and 4 assists.

The Oklahoma City Thunder used a strong third quarter showing to rally past the Indiana Pacers for a 107-99 victory. All-Star forward Paul George topscored for the Thunder with a game-high 31 markers, while Russell Westbrook came through with yet another triple-double of 17 points, 12 assists, 11 rebounds and 2 steals. Thunder starting center Steven Adams tallied a double-double, finishing with 25 points and 12 boards, including 7 on the offensive end. Trailing by nine points after the first half, the Thunder suffocated the Pacers’ offense and limited them to just 15 total points in the third period.

Bojan Bogdanovic scattered 28 points for the Pacers, including six makes from beyond the arc. Myles Turner tallied 12 points, 14 rebounds and 4 blocks, while Domantas Sabonis came off the bench to score 18 markers and grab 10 boards. The loss drops Indiana to a 45-30 record, a full game ahead of the Boston Celtics for the 4th spot in the Eastern Conference, and a possible homecourt advantage in the first round of the playoffs.

Kevin Durant’s almost perfect performance set the tone for the Golden State Warriors as the defending champs carved a 118-103 win over the Memphis Grizzlies. Durant missed just one of his 13 attempts from the field as he finished with 28 points, 9 rebounds and 5 assists in the win. Stephen Curry also turned in 28 points of his own, on top of 10 rebounds, 7 assists and 2 blocks. DeMarcus Cousins stuffed the stat sheet with 16 markers, 9 boards, 6 assists, 3 steals and 3 rejections. Only leading by a precarious five-point lead entering the deciding period, the Warriors clamped down on defense as they outscored the Grizzlies by 29-19 in regulation. The win strengthens Golden State’s bid to top the conference as they hold a slim one-game lead over the 2nd-seeded Denver Nuggets.

Lithuanian big man Jonas Valanciunas amassed a double-double of 27 points and 13 rebounds, while veteran point guard Mike Conley put up 22 markers and 8 assists in the loss. The defeat is the Grizzlies’ third in the last four games.

The Washington Wizards leaned on the able shoulders of young rising star Thomas Bryant in the crucial moments as they hacked out a 124-121 win over the Phoenix Suns. Bryant impressed with a double-double of 18 points and 19 rebounds, including Washington’s last six points of the game. Jabari Parker had one of his most efficient games this season, finishing with 28 points and 15 boards, while All-Star shooting guard Bradley Beal also contributed 28 markers. With the Wizards leading with a score of 116-112 in the three-minute mark of the fourth period, the Suns answered with four unanswered points to tie the game off a Devin Booker transition lay-up. Then Bryant made a three-pointer with their shot clock expiring, only to be answered back by a Jamal Crawford shot from beyond the arc to even the score at 121. Then Beal answered the call for the visiting team as he drove past two defenders and connected on an alley-oop pass to Bryant for an and-one opportunity. Bryant made the ensuing free throw, while the Suns failed to force overtime in the last possession.

Booker torched the opposition with 50 points and 10 rebounds. The 22-year old star guard became the youngest player in league history to put up back-to-back 50-point games. Booker scored 59 points during the Suns’ previous loss at the hands of the Utah Jazz.