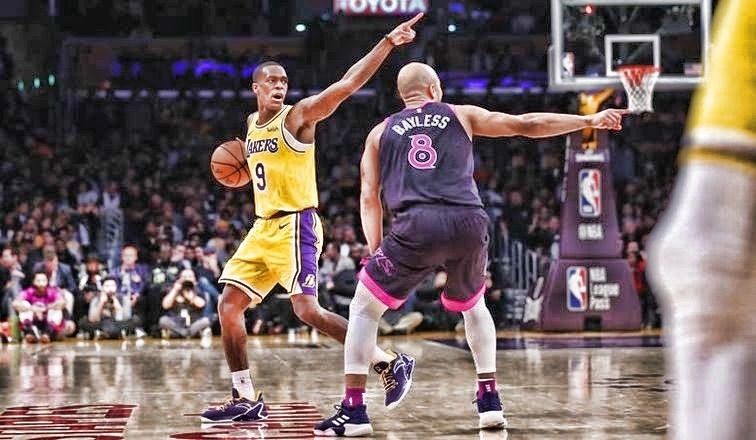 Without their key frontcourt players, the New Orleans Pelicans couldn’t muster enough fight in the crucial stretch as they fall to the Oklahoma City Thunder, 122-116. All-Star point guard Russell Westbrook had one of his most efficient nights of the season, finishing with a stellar double-double of 23 points, 17 rebounds and 16 assists. Paul George, who was just selected to the All-Star starting line-up, chipped in 23 markers on top of 11 boards and 7 dishes. The Thunder had a large double-digit lead entering the final period, before the Pelicans trimmed the deficit to five with a little above two minutes remaining. George then answered back with a step-back three-pointer, ultimately icing the game for good.

The Pelicans showed quite a character despite playing without their top scorers in Anthony Davis, Julius Randle and Nikola Mirotic. Point guard Jrue Holiday led the losing team with 22 points and 13 assists, and was only 1 board shy of a triple-double.

Despite a measly shooting night from beyond the arc, the Golden State Warriors was still too much for the Washington Wizards as the visiting defending champs hacked out a 126-118 victory. Stephen Curry led the Warriors with 38 points, 4 boards and 3 assists, while Kevin Durant scattered 21 points. DeMarcus Cousins played another brilliant game, finishing with 17 points, 6 rebounds and 3 dishes in just 24 minutes of play. The Warriors just made seven of their three-point attempts during the game.

Veteran small forward Trevor Ariza topscored for the Wizards with 27 points, while Bradley Beal chipped in 22 markers and 10 boards.

The Portland Trail Blazers left no stones unturned this time around as they dominated the Phoenix Suns on their way to a resounding 120-106 road win. Damian Lillard led the charge with 24 points, CJ McCollum contributed 20, while Jake Layman came off the bench to produce 20 points, 8 boards and 3 assists. Seth Curry, who was recently named as one of the participants for the upcoming All-Star Three-Point Shootout, scattered 17 points on three makes from beyond the arc.

Devin Booker led the Suns with 27 points, but had 8 turnovers in the game. The Blazers have now won four of their last five games, only losing to the Oklahoma City Thunder in that span.

Even the return of playmaking maestro Rajon Rondo could not help turn around the Los Angeles Lakers unfortunate fortunes as they lose to the Minnesota Timberwolves, 120-105. Karl Anthony-Towns completed another double-double of 27 points, 12 rebounds, 5 assists and 2 rejections. Wolves small forward Andrew Wiggins racked up 23 markers, on top of 8 boards and 3 dishes, while veteran point guard Jerryd Bayless came off the bench to chip in 16 points and 8 assists.

Rondo had 15 points, 13 assists, and 6 rebounds in his return, while Brandon Ingram finished with 20 points and 6 boards for the Lakers. The Lakers had a three-point lead after the first-half, but the Wolves broke away from the home team, clamping down on defense and forcing the Lakers to commit turnovers.