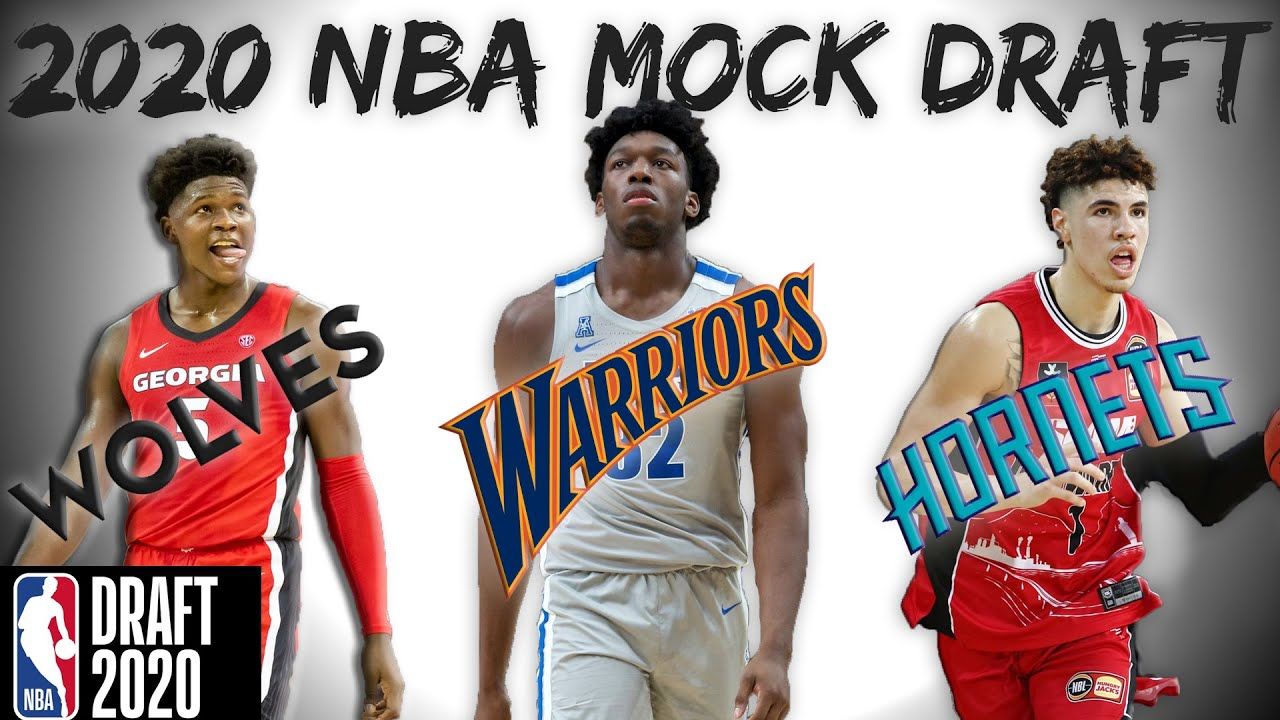 Like what most analysts and fans expected, Anthony Edwards, James Wiseman, and LaMelo Ball ended up as the first three picks in the 2020 NBA Draft, respectively. There were numerous talks about players who could barge into the top three in this year's draft, but Edwards, Wiseman, and Ball eventually kept their respective spots, as they were considered as the top three prospects this year.

Edwards, who played college basketball at Georgia for a year, ended up as the first overall pick by the Minnesota Timberwolves. The Timberwolves reportedly considered trading the first pick until the final minutes of their selection, but they eventually settled for Edwards, who was tipped to be the best fit for them, considering the fact that they already have young All-Stars D'Angelo Russell and Karl Anthony-Towns.

"It is an indescribable feeling," said Edwards, who averaged 19.1 points during his lone season with Georgia, where he was named as the SEC Freshman of the Year. "My family is emotional. I feel like when I get off of here, I am going to be emotional. I am just blessed beyond measure to be in this situation."

Wiseman, on the other hand, ended up second overall for the Golden State Warriors. Like the Timberwolves, the Warriors were also linked to possible trades involving their pick, but they eventually used it to select the former Memphis standout, who was projected to be the best fit for the Warriors because of his size and versatility.

The 7-foot-1 center did not hide his excitement about getting picked by the Warriors because he feels he can adapt to the franchise. He also pointed out that his main goal is to learn as quickly as possible in the hopes of growing his game, promising to work hard as possible to achieve his target.

"It's great in terms of my concept because I can be able to learn, be able to grow my game, being able to adapt in that type of environment, which I can," Wiseman said. "And just going in there and just learning, just helping grow my game. I just had to bust out in tears because I've been through a lot of adversity in my life."

Wiseman added that it also helps that he has already built a relationship with Steph Curry. The rookie center attended several camps led by Curry, where he said he learned a lot from the former NBA Most Valuable Player. He believes that his experience working with Curry makes him more excited to start working with his new team.

"I have a great relationship with Steph," Wiseman said. "Obviously, I went to his camp, so he taught me a lot. When I was in high school, he taught me a lot about the game of basketball, gave me a lot of information. I actually took a picture with him, so that's my guy."

Ball, meanwhile, landed with the Charlotte Hornets. Hornets general manager Mitch Kupchak had nothing but praises for the rookie point guard, saying that they drafted the 19-year-old because of his size and length along with his excellent ability to handle and push the ball.

The third overall pick in the 2020 NBA Draft is coming off a professional stint with the Illawara Hawks in Australia's National Basketball League. During his short stint in the NBL, he averaged 17.0 points to go along with 7.5 rebounds and 7.0 assists. Based on his showing in Australia, Ball was tipped as a potential first overall pick and was tagged by many as the best talent in the draft, but he pointed out that he was not slighted after falling to third on Wednesday.

"I definitely feel great falling to Charlotte," Ball said. "But the way I've fallen down, I never looked at it like that because, like I say, whatever happens happens, and I feel like it's God's plan. So wherever he wanted to put me, that's where he put me, and I feel like he's going to let me blossom there."

Ball also became a part of history books on Wednesday, as he and his brother Lonzo, became the first brothers to be selected in the top five of an NBA Draft. Lonzo was the second overall pick of the Los Angeles Lakers during the 2017 NBA Draft but was already traded to the New Orleans Pelicans during the deal that brought Anthony Davis to the purple and gold franchise.

While the first three picks in the 2020 NBA Draft did not generate a lot of thrill, the Chicago Bulls made the first big surprise of the night on Wednesday. The Bulls owned the fourth overall pick in the draft, and they were heavily linked to Israeli prospect Deni Avdija and Iowa State point guard Tyrese Haliburton. However, when it was their turn to select, the Bulls, led by new executive vice president of basketball operations Arturas Karnisovas, made a surprising pick, as they selected Florida State standout Patrick Williams.

Williams, who played one season with Florida State, was projected to be a lottery pick but was not expected to go as high as No. 4 on Wednesday's draft. First, he was not even a starter in college but it is worth noting that he was named as the ACC Sixth Man of the Year last season. However, Karnisovas pointed out that Williams was their guy all along because they felt the 19-year-old was the best prospect in this year's class.

"The more study you do on Patrick, the more you realize that this is what the NBA is today," Karnisovas said via NBC Sports. "We need players in our league that can play multiple positions. He’s an elite athlete. He showed that in college. Athleticism,  versatility, multiple positions. His ball handling is something that’s very underrated. People didn’t see it in college but for three years in high school he played point guard. So I was very impressed."

Before the draft, there were talks that the Bulls are looking to move up to get a chance to draft James Wiseman or even move down if they get the right offer. However, Karnisovas revealed that they were determined to retain their position because they knew they are in a good position to select Williams.

As for Williams, getting selected fourth overall was not too big of a surprise for him. He pointed out that he is confident that he belongs to the league because of how hard he worked during his stint with the Seminoles. The Bulls rookie also credited his teammates for his continuous improvement.

On the other hand, the Cleveland Cavaliers also ended the night smiling because they were able to get the player that they have been targeting all along. The Cavaliers, who owned the fifth pick on Wednesday, opted to select Auburn standout Isaac Okoro, who was considered as one of the best defenders in this year's class.

Altman admitted that they considered several options on Wednesday, including moving down to get more assets like another first-round pick. However, he pointed out that they eventually decided to stay at No. 5 because of fears that Okoro might become unavailable if they move too for down in the draft.

"There was a number of different opportunities, like there always are in any draft,"Altman said. "There were a few scenarios where if we achieved the value we thought we would, we could have moved back a little, but we didn't want to move too far back, and the more and more we thought about it, the more we were excited about Isaac,and really didn't want to risk not selecting them there."

Okoro, who averaged 12.9 points on top of 4.4 rebounds and 2.0 assists for Auburn last season, will be joining the young core of the Cavaliers. The Cavaliers are pinning their hopes on Okoro's fit with Collin Sexton, the eight overall pick in 2018, and Darius Garland, the fourth overall pick last year.

Following Cleveland's pick, the Atlanta Hawks selected Onyeka Okwongwu with the sixth pick, followed by Killian Hayes and Obi Toppin, who were selected by the Detroit Pistons and New York Knicks, respectively. Deni Avdija was selected ninth by the Washington Wizards, which was followed by the Jalen Smith and Devin Vassell, who went to the Phoenix Suns and the San Antonio Spurs, respectively.

The Sacramento Kings then got what could have been the biggest steal in the 2020 NBA Draft. Sacramento selected Iowa State standout Tyrese Haliburton, who fell to them at No. 12. Haliburton was projected by many to be drafted within the first ten picks on Wednesday and even as high as No. 4 to the Bulls.