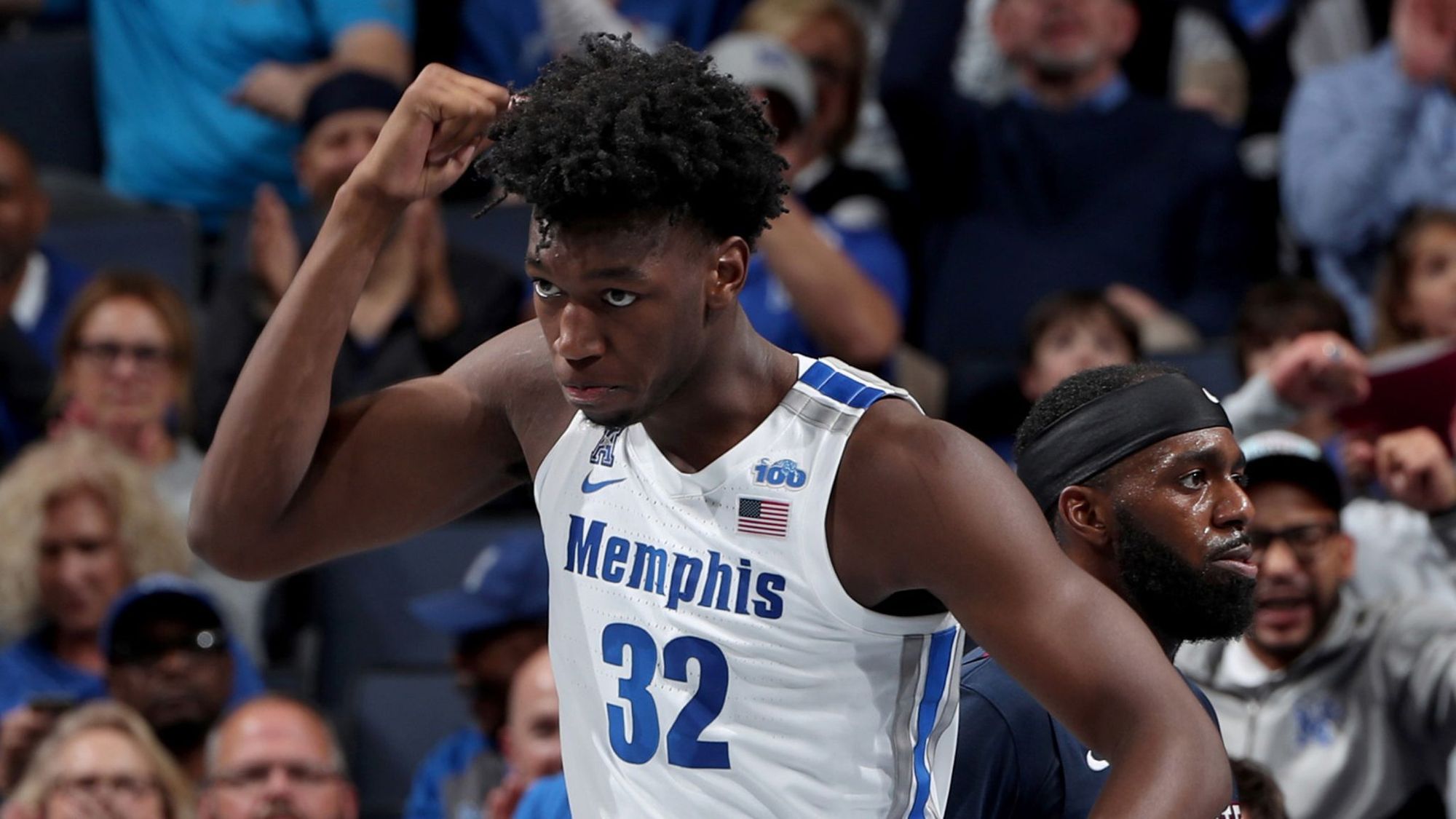 The Minnesota Timberwolves own the first overall pick in the 2020 NBA Draft, which has no clear top prospect at this point. The Timberwolves are keeping their draft plans close to their chest with almost a week before they make their selections. Since securing the top pick, the Timberwolves have been linked to Anthony Edwards because most analyst thinks that he is the safest bet it terms of fit.

"Multiple sources have told Bleacher Report the name they keep hearing now for the Timberwolves is James Wiseman," Wasserman reported. "Some within the Golden State Warriors think Wiseman is going No. 1, whether Minnesota keeps the pick or not, one source plugged into the conversation said. It's an intriguing development given the obvious questions about whether Wiseman and Karl-Anthony Towns can play together."

Wasserman added, though, that the information about the Timberwolves drafting Wiseman might just be a ploy from Minnesota's camp. The Hornets are reportedly dead set in picking Wiseman in the draft because they feel he is the best fit to their current roster. The Timberwolves might just be forcing the Hornets to trade up by giving up the third pick in the draft with additional assets involved in the process.

"Could Minnesota be trying to create the perception it would draft Wiseman, just as a ploy to pressure Charlotte into offering more in a trade up to No. 1?" Wasserman added. "By swapping with the Hornets and moving to No. 3, the Wolves' front office could feel less pressure and draft a player who fits the lineup cleaner—while  acquiring additional assets—such as combo forward Deni Avdija or even Obi Toppin for the 4."

It is worth noting that Wiseman, according to Brian Windhorst of ESPN, does not want to play for the Timberwolves because they already have an established big man in Towns. The Golden State Warriors are also eyeing Wiseman, who is also the better fit for the team. The news about their interest in the 7-foot-1 big man might also be a way for them to start a bidding war between the Warriors and Hornets for the first pick.

But if the Timberwolves eventually settle for Wiseman, that would leave the Warriors selecting between LaMelo Ball and Edwards. Both plays the guard position, and it is a known fact that Golden State has one of the best backcourt tandems in Steph Curry and Klay Thompson. However, Wasserman revealed that the Warriors ownership group will likely force the team to select Ball if Wiseman is off the board at No. 2.

"The presumption around the league is that Golden State will settle on Wiseman if  he's there at No. 2. But with the idea that Minnesota may draft him or a team like Charlotte could move up and steal him, what's Plan B?" Wasserman said. "A source told Bleacher Report there is a rumor circulating that Warriors ownership could pressure the front office to select Ball if Wiseman is gone."

Among the teams who could reach out to the Warriors or Timberwolves for their respective draft picks is the Detroit Pistons. The Pistons hold the seventh pick in next week's draft, but general manager Troy Weaver did not hide their intention to move up in the draft. Weaver admitted that this year's class is not as eye-popping as last year's list of prospects, but they are definitely ecstatic about the possibilities next week.

"I love the draft. I love it every year. I always look at the draft with a glass half full. Yeah, you may not have a Zion Williamson or a Ja [Morant], but there's guys in the draft that we really like," Weaver said via ESPN. "The draft is always great because you have a chance to bring these young men in your program and help shape your culture from day one. So we really like the draft. Yeah, moving up is definitely an option as well."

The Pistons are reportedly eyeing Ball, who has links to the Pistons organizations over the past several months. Ball has been training in Michigan under the guidance of manager Jermain Jackson Jr., who played for the Pistons during his playing career and is a Detroit native. Weaver said that Ball's admiration of the city and the franchise are two of the main reasons why they will try to move up to get a chance to land the youngest among the Ball brothers.

"I'm always happy to hear players embrace our organization, our city. That never goes unnoticed. I know people around him. His trainer is a Detroit native, so I'm sure he's been here for a while working out," Weaver said. "I'm sure he's well versed in the city from traveling around, being with his trainer and hearing different things, so no, that doesn't go unnoticed and that's always a positive when prospects speak highly of the city and the organization."

Weaver said that they are open to any possibilities in free agency and trade market in the hopes of returning to relevance in the Eastern Conference. The Pistons finished with a 20-46 record last season, which was only good for 13th in the Eastern Conference. As a result, they ended up with their highest draft pick since selecting Greg Monroe as they seventh overall pick in the 2010 NBA Draft.

Can the Hornets Convince the Timberwolves to Swap Picks?

Among the teams in the top three in the draft, the Hornets are the team who could benefit the most from drafting Wiseman. The current roster of the Hornets is centered on their backcourt with Devonte Graham and Terry Rozier leading the way for them last season. Graham had a breakout year with 18.2 points and 7.5 assists per game last season, while Rozier posted 18.9 points and 4.1 dimes per game.

Now that their backcourt is established, the next step for the Hornets is addressing the frontcourt, and getting Wiseman, a versatile big man, could work wonders for them. If the Hornets want to make sure that they will land Wiseman, they might have no other choice but to move up in the draft by dangling the number 3 pick in the draft along with another young asset to the Timberwolves.

Previous reports indicated that the Hornets might offer the third pick along with Miles Bridges to the Timberwolves. However, according to Dan Favale of Bleacher Report, the said offer might not move a needle for the Hornets. The Timberwolves are not expected to be highly interested on Bridges. The 22-year-old forward doubled his point production to 13.0 points last season, but he shot just 33.0 percent from beyond the arc last season.

"Miles Bridges plus the No. 3 pick for the top selection is the framework floated most frequently. That's not an unattractive package to the Timberwolves," Favale said. " Bridges remains something of a mystery box at both ends, but he's shiftable on defense and explosive in the open floor. His 35.3 percent clip on catch-and-shoot threes as a sophomore suggests he has room to build upon his overall outside efficiency alongside a better crop of talent."

Favale said that the Hornets might need to offer the third pick and PJ Washington instead of Bridges. Washington is an attractive option, as he could be a good fit alongside Karl-Anthony Towns. The former Kentucky standout had a decent rookie year, as he averaged 12.2 points to go along with 5.4 rebounds and 2.1 assists per game. Most analysts view him as the third-best asset of the Hornets.

There will be more clarity on how the upcoming draft will end up, as the league is expected to lift the trade moratorium few days before the draft. The 2020 NBA Draft is scheduled on November 18, and will be done virtually as part of the league's precautionary measures in the middle of the Covid-19 pandemic.