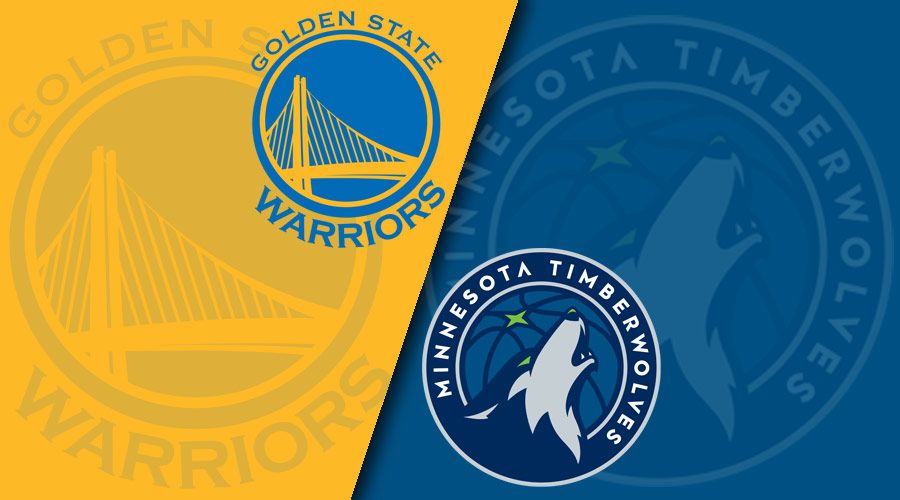 The Minnesota Timberwolves and the Golden State Warriors were the winners of the 2020 NBA Draft Lottery when they secured the first and second pick in the draft, respectively. But unlike in recent drafts, the current crop of talents is surrounded by uncertainty, as there is no clear-cut favorite to become the first overall pick this year.

According to Sam Vecenie of The Athletic, the 2020 draft class is not as strong as the previous classes because every player who are being tagged as potential top pick has questions surrounding their capabilities. The Covid-19 pandemic did not help their cause as well, as prospects failed to prove their worth during the collegiate season after the NCAA National Tournament was cancelled.

Vecenie added that even the teams who will pick first and second remain uncertain, saying that the pick of the Timberwolves and the Warriors are both on the trade market and there is a strong chance that it will be moved. However, he does not expect the Timberwolves or the Warriors to get a lot of assets in return because of the quality of players available at the top of the draft.

But if he will have it his way, Vecenie tagged LaMelo Ball in his recent mock draft as the player to select for the Timberwolves. He said that he is sticking to his belief that Ball has the best chance to become a superstar among his peers in the class, but he also admitted that he has little confidence in his choice because of the uncertainties. He even compared the current class to the 2013 NBA Draft Class, where Anthony Bennett ended up as the first pick.

Aside from Ball, the Timberwolves could also select Anthony Edwards or James Wiseman. But regardless of who they select if they keep the pick, Vecenie said that the rookie will not be a good fit for Minnesota. Ball and Edwards are both ball-dominant, and they already have D'Angelo Russell, who needs the ball in his hands a lot to become effective. As for Wiseman, his fit with Karl Anthony-Towns is questionable.

"In my estimation, a trade is still the best option for Minnesota, even if the return is a bit more muted than what we’ve seen in past No. 1 overall pick trades," Vecenie said. "Based more on logic than actual reporting, given Rosas’ tendency to maneuver and swing deals and based on what the team currently has on its roster, I’m absolutely not convinced that Minnesota will be the team picking at No. 1."

As for the Warriors, Vecenie said that their front office and coaching staff have been throwing mixed signals in the past several weeks to throw off other teams. There were reports that they are high on Wiseman and even Tyrese Haliburton. Based on how he has been reading the recent signals from the Warriors camp, Vecenie said that he would totally be surprised if the Warriors end up keeping the second pick in the draft.

"I think they’re trying to mask their intentions in order for the pick to retain trade value," Vecenie said. "If opposing teams don’t know who they’re actually interested in, it’s easy for doubt to creep into the minds of the teams below them about whether they have to jump the Warriors to get their guy. Do they have to make a deal? Can they wait? The Warriors are making it tough to know. One thing that is sure: The Warriors are really exploring a lot of trade options with this pick and I think I’d be surprised if they end up selecting at No. 2."

On the other hand, Vecenie said that the unlike the first two picks in the draft, it is much clearer from the second to the fifth pick. The Charlotte Hornets ended up with the third overall pick in the draft. Basically, Charlotte is expected to draft whoever will be available between Ball, Wiseman, and Edwards when they take their turn to select. All three prospect would be a good fit, and could bring the star power that they lack after parting ways with Kemba Walker.

"They should also feel relatively comfortable just waiting to see which of the top-three prospects falls to them at No. 3, with the knowledge that all three fit really well," Vecenie said of the Hornets. "Ball is a big guard whose playmaking and passing would fit really well with the scoring mentality of their smaller lead guards. Wiseman fits the aforementioned positional need. And Edwards does have the kind of high-level shot creation."

As for the Bulls, Vecenie expects them to go for Israeli prospect Deni Avdija with the fourth pick in the draft. The Bulls hired former Nuggets general manager Arturas Karnisovas as their new executive vice president of basketball operations and his familiarity with European and international basketball would be a factor.

Before rising to the ranks in Denver, he was part of their successful international scouting department. He was instrumental in draft Serbian center Nikola Jokic as the 41st overall pick in the 2014 NBA Draft. Selecting Avdija also makes sense for Chicago in terms of roster fit, as per Vecenie.

"He actually fits really well with this roster," Vecenie said of Avdija. "The Bulls could use someone with the frontcourt ball skills of Avdija, as Lauri Markkanen is more of a shooter, and Wendell Carter is more of a screen setter and dribble handoff guy who can make smart reads. If the team believes Avdija could play some 3 and handle the secondary ball handler responsibilities, I’d love his fit next to Coby White as well."

As for the Cavaliers, who own the fifth overall pick, it is a known secret that they will go for the best available talent, which has been the strategy of general manager Koby Altman in the past several years. If they do not change course in this year's draft, they will likely end up with Obi Toppin. Toppin is already 22 years old, but it is worth noting that he was the 2020 National College Player of the Year and a consensus first-team All-American.

Kelsey Russo of The Athletic agreed that the Cavaliers will likely select Toppin with the fifth pick in the draft. Toppin could bring additional punch to their offense in the next several seasons. However, there is a growing concern about his defense and how he will get enough opportunities playing behind All-Star forward Kevin Love and Larry Nance Jr. if the Cavaliers decide to keep both of them next season.

"Depending on how the draft shakes out before the Cavs’ pick, Toppin could be considered the best player available at that time," Russo said. "There’s a reason for that thinking, as his offensive game is superb, and I think that’s how they could justify it. The defensive deficiencies are a concern, especially considering he would come into a crowded frontcourt at power forward with Larry Nance Jr. and Kevin Love."

In the event the Warriors decide to trade down in the draft, Connor Letourneau of the San Francisco Chronicle revealed that Golden State could select Florida State standout Devin Vassell. The Warriors are reportedly high on Vassell's ability to make an impact on the defensive end of the floor -- impressed enough that they could even use the second pick to acquire him if they fail to find a good offer before the draft.

"According to multiple league sources, the Warriors believe Vassell is the top wing defender in this draft and would strongly consider him if they trade back to the 5-10 range," Letourneau said. "There is an outside chance that Golden State could even take him at No. 2 if it doesn’t receive an enticing offer to move down."

Aside from his defensive prowess, the 6-foot-7 prospect has also proved that he can shoot after knocking down 41.5 percent of his shots from beyond the arc for Florida State last season. Florida State head coach Leonard Hamilton, who was instrumental in convincing Vassell to enter the draft and skip the last two seasons of his college legibility, said that the 20-year-old prospect has a chance to become a player similar to Klay Thompson.

Hamilton also added that one of the strengths of Vassell is his mind and his spirit, which is the main reason why he has no doubt his former player would become way better when he matures in the league. One Western Conference scout actually agreed, saying that Vassell is one of the players who could have a better pro career than their collegiate career. The scout said that he could be one of the surprises in this year's class.

"Vassell is one of those guys who’s going to be an even better pro than he was a college player," the Western Conference scout said. "Florida State has an effective system where everyone shares the ball, but I don’t think he got to fully show what he’s capable of. He’s more skilled than a lot of people might realize."