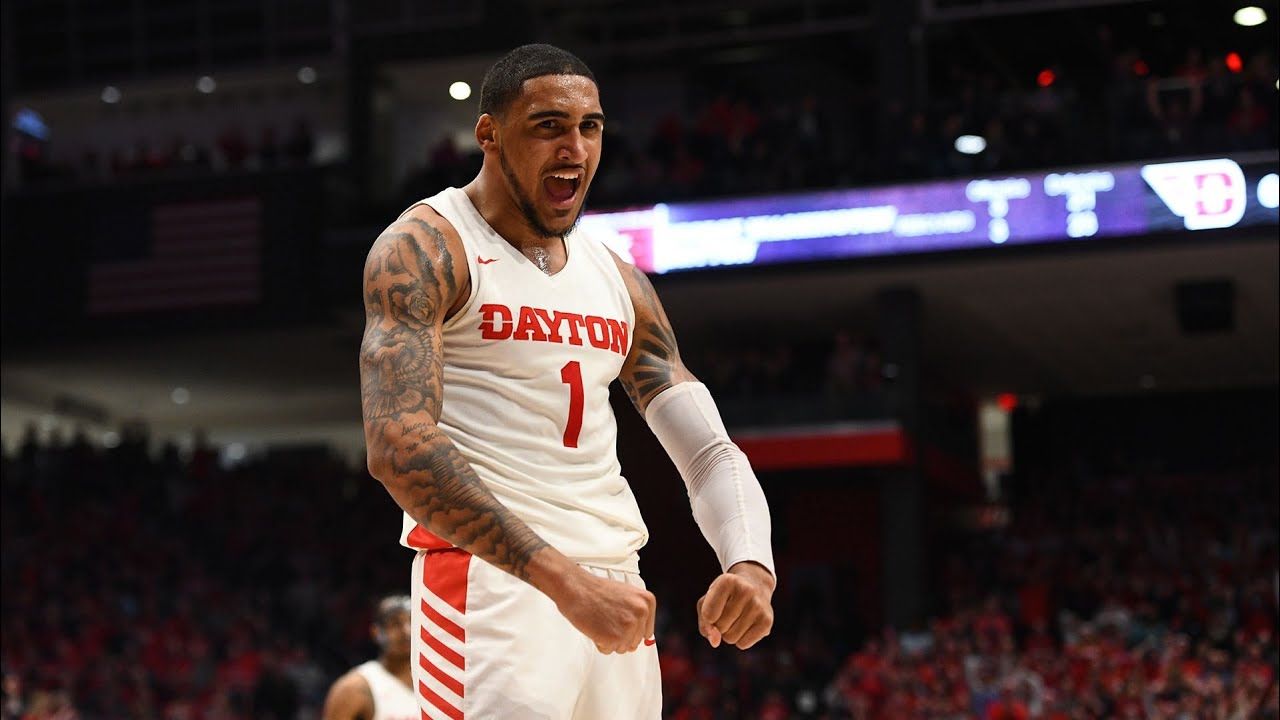 The New York Knicks might eventually give their fans a lot of hope next season after unexpectedly landing rookie Obi Toppin in the 2020 NBA Draft. Toppin was projected to be selected within the top five but fell to the hands of the Knicks at the eighth spot. New York's front office has been high on Toppin heading into the draft, and most experts are convinced that he would make immediate impact in the Big Apple in the upcoming season.

And according to Zach Harper of The Athletic, the former University of Dayton standout has the best chance to become the 2020 Rookie of the Year. Harper pointed out that the best-scoring rookie usually ends up with coveted award for first-year player similar to what happened last season with Ja Morant. He is convinced that Toppin, being already 22, is ready to score a lot for New York next season.

"While Toppin might not be the best scorer or the guy with the highest upside, I think he’ll get the most opportunities to shine as a rookie," Harper said. "Playing for a bad New York Knicks team and already being 22 will help him get plenty of time on the court. The Knicks won’t just give the ball to Toppin and let him go to work, but the ball finds energy. Few guys play with as much energy as Toppin does."

Toppin turned a lot of heads during his sophomore season with the Flyers this year. In 31 games, the Brooklyn native averaged 20.0 points on 63.3 percent shooting from the field to go along with 7.5 rebounds and 2.2 assists per game. He was a consensus first-team All-American and was the 2020 National College Player of the Year. MSG Network analyst Wally Szczerbiak, a former NBA Player, thinks that Toppin is ready to contribute to the Knicks.

"He’s NBA-ready right now," Szczerbiak told the New York Post when asked about Toppin. "He continued to get better every year. He’s a completely mature, physical specimen, an incredible athlete. He’s a capable outside shooter at the college level and it will translate to the NBA."

Szczerbiak said that the Knicks were very fortunate to get Toppin at number eight. The former NBA All-Star said that it can be compared to New York's luck during the 2015 NBA Draft, when they landed Kristaps Porzingis with the fourth pick. Karl Anthony-Towns and D'Angelo Russell were the consensus 1-2 pick during that year. The Philadelphia 76ers then drafted Jahlil Okafor with the third pick, allowing the Knicks to nab the Latvian prospect.

Harper added that NBA fans would also love Toppin because of his highlight-reel potential. The athletic forward is often compared to Amar'e Stoudemire, who also once don the Knicks jersey during his NBA career. But for Harper, he sees a lot of Blake Griffin in Toppin because of their ability to create while in the air. He said that Toppin is the rookie who has the potential to have a highlight that will trend online.

"There are some real Blake Griffin vibes when it comes to athleticism and creativity in the air from Toppin," Harper said. "If anybody is going to cause social media to lose their collective excrement in a feat of athletic endeavors, it’s Toppin. I’m not sure anybody is dumb enough to jump with him. We see a lot of business decisions in today’s NBA when it comes to meetings at the rim. But Toppin can still find ways to throw rare creativity into his aerial assaults."

Meanwhile, when it comes to scoring, Harper is convinced that third overall pick LaMelo Ball can have a crazy scoring night in his first year in the league. He said that Charlotte Hornets rookie is the most likely to drop 50 points in the upcoming season, especially if head coach James Borrego allows him to score a lot. Brandon Jennings was the last rookie to score 50 or more in a game, doing it back in 2009.

"Many people know about him dropping 92 points in a high school game when he couldn’t even legally drive a car," Harper said. "So he’s not foreign to high-scoring games, even if it came early in high school. If the Hornets allow him to get loose as a rookie, we could see a massive scoring game one of these nights in this upcoming season."

Harper added that first overall pick Anthony Edwards also has the potential to score 50 or more in a game but not in his rookie season. Edwards will have to find his niche in the Minnesota Timberwolves system, which will mostly rely on budding stars D'Angelo Russell and Karl-Anthony Towns. But once he establishes himself in the NBA offensively, Harper has no doubt the Georgia standout will stand out in terms of scoring in this year's rookie class.

"He wants to put his stamp on the offensive end of the floor," Harper said of Edwards."It will take him a while to figure out the efficiency side of it, but if his 3-point shot comes along, Edwards will be able to score at all three levels in the half court. Almost every draft class has at least one guy who drops 50 in a game at some point in their careers. Edwards should be able to get there at some point. He’s going to put up those shots."

Wasserman pointed out that the Timberwolves appeared unsure about picking Edwards at No.1 during the draft. It was reported that Minnesota were open to trading the first pick until minutes before they made their selection. There were doubts about the 19-year-old guard's efficiency, but the Timberwolves eventually decided to give him a chance to become the team's third star behind Towns and Russell.

"Minnesota will be hoping Edwards can give the lineup a third star to push the Timberwolves over the hump into the playoff picture," Wasserman said. "But he'll need to show he can tighten his shot selection as a primary creator, score off the ball with spot-up shooting -- given the offense will still run through Karl-Anthony Towns and D'Angelo Russell -- and that he can consistently apply his special defensive tools."

Wasserman also said that Wiseman will have a lot to prove in his rookie year. Like the Timberwolves, the Warriors reportedly shopped their pick before settling for the former Memphis standout at No. 2 behind Edwards. The pressure is higher for Wiseman because he will be playing for a team with title aspirations unlike Edwards and Ball, who are both playing for rebuilding teams.

Wiseman will likely start for the Warriors alongside Draymond Green and Andrew Wiggins in the frontcourt. Before the draft, some experts thought that the Tennessee native is likely to fall in the draft because most teams prefer big men who can create off the dribble and space the floor similar to Denver Nuggets star Nikola Jokic and Miami Heat All-Star forward Bam Adebayo.

"Doubters question the ceiling of a center who plays one position and isn't an advanced creator, shooter or passer," Wasserman said of Wiseman. "There isn't much concern about Wiseman's ability to pick up easy baskets and block shots. But he should be out to show that his skill set and defensive awareness are sharper than skeptics believe."

But if he is to select a player with the biggest chip on his shoulder, Wasserman said that it is Patrick Williams. The former Florida State standout was not even projected to be a top 10 pick by some draft experts, but the Chicago Bulls opted to pick him fourth. Analysts were surprised with the pick because most mock draft pegged Israeli prospect Deni Avdija as the selection for Chicago.

Bulls fans were also surprised with the pick, especially after learning that Williams did not even start during his lone year at Florida State. Draft experts said that Williams was too raw to land at No. 4, but Bulls executive vice president Arturas Karnisovas has been expressing confidence over their decision. He said that most analysts have overlooked Williams, but they are convinced that he could eventually prove his doubters wrong.

"I think his perception; I didn't agree with the perception people have of him. They thought he was a raw athlete, and he wasn't skilled," Karnisovas said via NBC Sports Chicago. "When I saw his skill level and ball-handling and shooting and ability to pass, I would disagree that he's just a raw athlete."

It turns out Karnisovas was setting his eyes on Williams over the past several years. He pointed out that Williams did not get a lot of opportunity to show his real potential during his stint with the Seminoles. He singled out Williams' ability to handle the ball, revealing that he was impressed when the 19-year-old played point guard for three years in High School before a growth spurt turned him into an option on both forward positions.