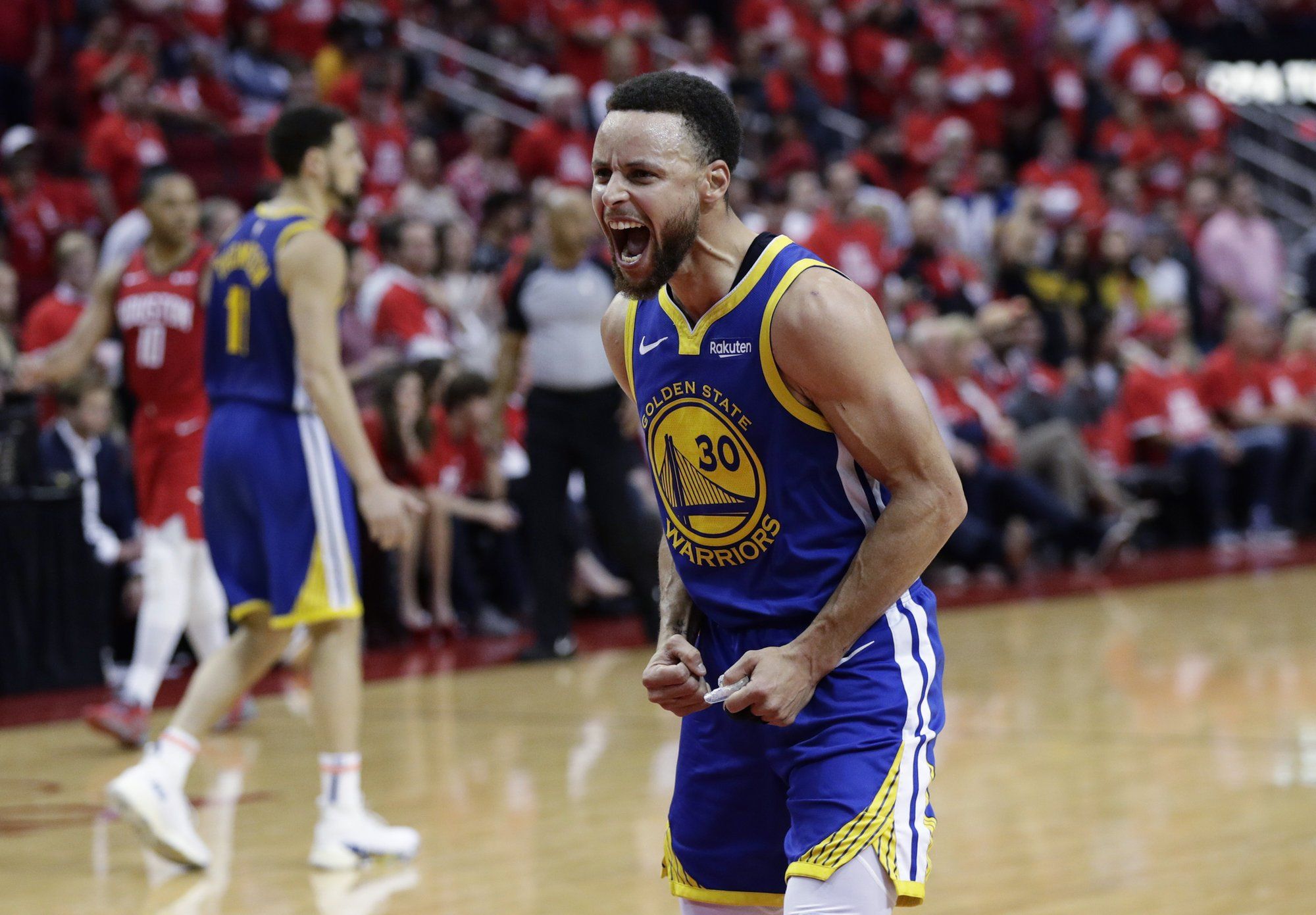 Kevin Durant’s calf injury during the team’s Game 5 win may be the push that the Warriors’ original core needed to take their game up a notch this playoffs. Of course, any injury to a player, especially a superstar one, will never be a cause for celebration. But with the Warriors losing Durant’s 34.2 point production in Game 6, the Bay Area turned to their original heroes, and the core of Curry, Thompson, Green and Iguodala delivered when it mattered the most. They have proven yet again that their strength does not rely on just one player, and that their overall team system is still the foundation of their continuous success. They will now face a very motivated Blazers team led by their dynamic backcourt duo of Damian Lillard and CJ McCollum. It will be a fireworks affair kind of series, but I still see the Warriors posing the biggest threat that the Blazers have had this playoffs.

There may be a hint of optimism that the former league MVP will play in the Western Conference Finals. ESPN’s Ramona Shelburne recently said that Durant will miss Game 1 against the Blazers, but her report also hinted that Durant’s injury may not be as serious as it looked like.

“Kevin Durant is out for at least Game 1 of the WCF, source tells ESPN. He’s not being re-evaluated until Thursday so it’s “unlikely “ he plays Game 2 either.”

Though Shelburne’s report does not directly say that Durant will play in Game 3, it is quite apparent that KD could play in that first game of the series in Portland, especially if the stakes are higher should the Blazers steal homecourt advantage in Games 1 and 2.

But not to burst anybody’s bubble, Durant hasn’t practiced yet with the team. Warriors head coach Steve Kerr emphasizes that fans shouldn’t get their hopes up yet, per NBA.com.

"He hasn't even stepped on the floor yet. We've tried to remain somewhat vague     because the injury is really sort of open-ended in terms of how long he's going to     need to recover. But I think in doing so, people have gotten the idea that he's going  to come back ... be Willis Reed or something.

He still has pain. So there's time ahead of him on the rehab process. We'll have a  more detailed update on Thursday.

Still, the Warriors aren’t exactly the underdogs in this series. Curry and Thompson have found their mark in this very important time of the year, Green has arguably been the best defensive anchor in this postseason, and Iguodala is suddenly looking like the Finals MVP that he was in 2015. They may have to wait longer for KD’s return, but look for the Warriors Originals to hold down the fort.

While Cousins is officially sidelined for Game 1 against Portland, there is also a positive outlook that the All-Star center could make an appearance in the WCF. Marc Stein of The New York Post reported that Cousins is progressing towards a return, a surprising development considering that many of us thought that he will be out for the remainder of the postseason.

“Another reward for the victorious Warriors: League sources say that DeMarcus   Cousins -- if he maintains his recent progress from a torn quad -- is on course to make a return to the Warriors' active roster during the Western Conference finals.”

The 28-year old versatile big man sustained a non-contact torn left quad in the team’s first round match-up against the Los Angeles Clippers. Although nothing is written on stone just yet, Cousins reiterates that he still believes that he could help the Warriors defend their throne this year, per ESPN’s Marc J. Spears.

“For me, my goal is I ain’t planning on sitting. I don’t know the reality of it. But for me, that is not what I’m planning on doing. ... It’s definitely some type of bad movie.  But I think it will have a very nice ending. Just wait for it.”

As for now, staying engaged on the very rigid process of recovery will be Cousins’ main focus. It’s still a sigh of relief that the hulking center was able to dodge the bullet of being sidelined for a longer time period.

Although Curry is not listed in the Warriors’ injury report before Game 1, there are still clouds of concern regarding the two-time MVP’s dislocated finger injury. Curry says that the injury still bothers him, though the few days of rest before the series opener against the Blazers could lessen the pain, per Mark Medina of Mercury News.

“It’s a lot of experimenting. A lot of it will hurt until I have time to rest. I’ll continue to figure out how to make the ball feel comfortable in my hands.”

Despite going through a lot of pain in that left finger, Curry still put up 33 big points in the Game 6 series clincher against the Houston Rockets, all of them in the second half. Curry didn’t show any particular difficulty in handling the ball in that crucial stretch, with most of his shots in regulation coming off dribble moves. With the expectations piling up for him now that Durant and Cousins are sidelined for the first two game of the series, we should expect Curry cooking up masterful shooting displays against Portland.

The Warriors don’t need any more validation of their legacy, that I’m sure. They faced a Rockets team primed to beat them in the previous series, a squad designed to match-up against the defending champs. When Durant went down with the non-contact injury, there were heaps of concern that the Warriors are finished and the Rockets will make the most of the sudden advantage favoured for them. That was true until Klay heated up, and Curry again doing magic tricks all over the place. That virtuoso stand by the Warriors in Game 6 without the services of Durant and Cousins proved that they are the best team of this decade, and possibly a Top 5 team all-time.

So with that said, nothing is really at stake for the Warriors other than their pride as defending champions and a memorable farewell ride to the Oracle Arena fans. Durant’s future with the team doesn’t really hinge on the outcome of this series as many pundits believe that the lanky scorer will chase individual legacy in his offseason decision and sign with the New York Knicks. Klay’s performance in the last two games of the Rockets series could very well influence the Warriors front office to offer the two-way gunner a max contract, something that will definitely entice him to stay in the Bay Area.

Win or lose, the Warriors have made their mark as a winning team with a winning culture – two hallmarks that could also pave way for them to attract big name players in the future.

While we should expect Lillard and McCollum to be handful for the Warriors defense, we should also expect that the Warriors will weather the storm and escape Portland and move on to yet another NBA Finals appearance. It’s true that the Blazers are riding a lot of momentum right now, but potentially losing Rodney Hood to an injury leaves them without a third-option scorer to ease some of their star backcourt’s offensive workload. Match-ups should be different now that Durant is out of the picture for at least the first two games, so we could see the Blazers letting Lillard rest on defense by probably throwing him to Iguodala and assigning Mo Harkless or Evan Turner take turns on defending Curry.

Still, Golden State’s experience and ability to turn on the switch in winning time will help them emerge victorious in this series. I see Portland winning a game at their home floor and possibly stealing one in the first two games at Oakland so I predict the Warriors winning the Western Conference Finals in 6 games.