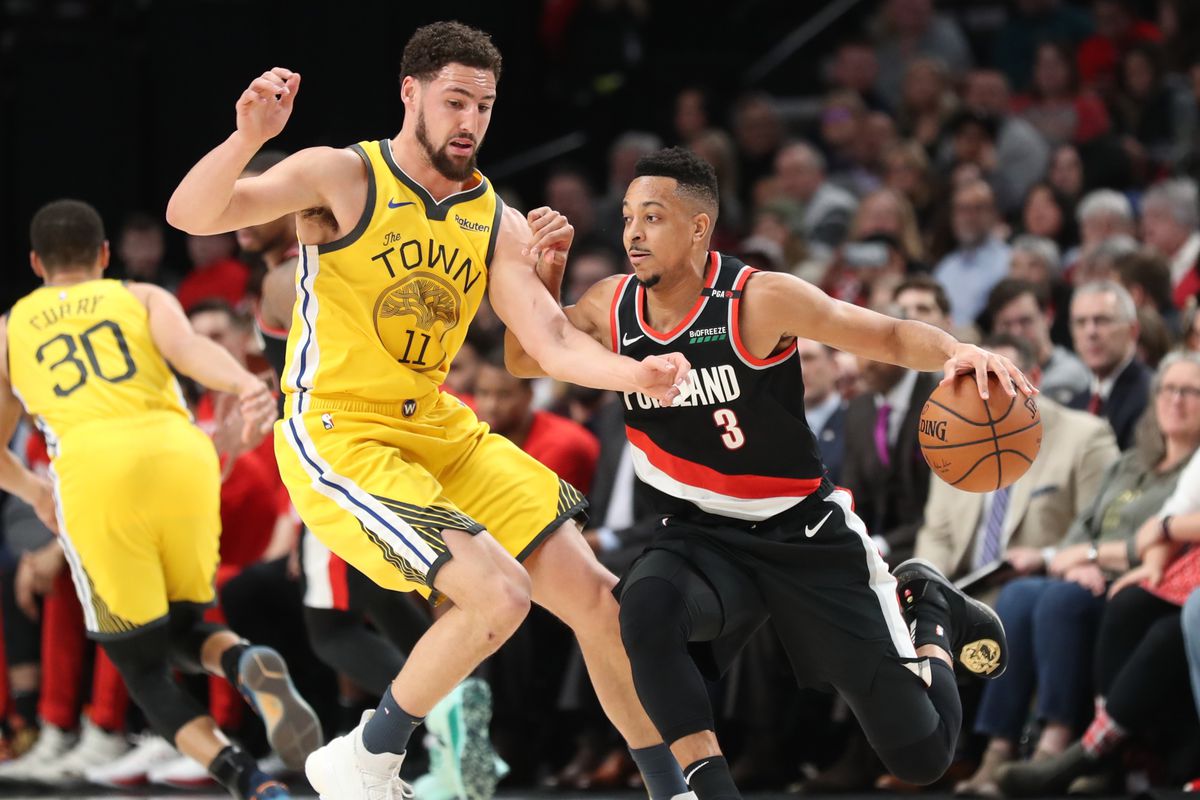 The long, grueling years of being a mid-tier playoff team in the always-stacked Western Conference is finally over for Damian Lillard and the Portland Trail Blazers. They have trusted the years-long process, their players and coaches, and ultimately, their culture, to get where they are right now. Lillard has reiterated time and time again that he will never jump ship just to take an easier path to the championship, and his patience in the build-up of this tough, resilient Blazers team has paid off.

But we have to remind ourselves that Lillard isn’t working alone. CJ McCollum has established a name for himself as a dynamic clutch shot-maker, Rodney Hood is slowly picking up the crumbles of his old Utah Jazz scoring form, and tough bigs like Enes Kanter and Zach Collins are holding the fort for the Blazers’ frontcourt in the absence of starting center Jusuf Nurkic. Portland head coach Terry Stotts has always been good in making the most of his squad, and this incoming series against the Warriors shouldn’t be any different.

Basketball could be unfair sometimes, and that was just the case for the 6-foot-8 Hood during the team’s Game 7 win. Hood sustained a knee injury after bumping into a Torrey Craig screen in the third quarter of that game, forcing him to sit out the rest of the night and also sidelining him for the first game of the WCF series against Golden State. Initial results right after the game say that Hood hyperextended his left knee, and that he is experiencing “a lot of pain” per ESPN’s Royce Young.

Still, Blazers fans could now breathe out a sigh of relief as Jamie Hudson of NBC Sports Northwest reported that Hood doesn’t have any internal damage on his left knee but would sit out Game 1.

“Blazers announce— An MRI confirms Rodney Hood has a left knee bone bruise and      is listed as questionable for Game 1 on Tuesday at Golden State.”

Hood even mentioned that he could have returned to the court during the Game 7 win, but essentially backed out as he knew he “was going to be a liability” if he can’t play a hundred percent on the floor, per the NBCS Northwest Staff. So that tells us that Hood’s injury isn’t something major, and Portland fans will soon see their lefty gunner gut it out in the Conference Finals.

Like the Warriors, Portland will also enter the WCF match-up without their starting center. Nurkic’s gruesome leg injury in March was a very unexpected setback for the Blazers as the Bosnian big man has been posting career-highs of 15.6 points, 10.4 rebounds and 3.2 assists per game this season. Nurkic underwent surgery to repair the left tibia and fibula he fractured during a regular season face-off against the Brooklyn Nets, and will go through a rigid recovery that will take 8-10 months.

Nurkic, who made a surprise appearance during a Blazers home game in the Denver Nuggets series, was referred to by Lillard as “crazy” for still wanting to play in the playoffs, per Mike Richman of NBC Sports Northwest.

“Today was actually the first time that he said to me when I was sitting next to him     on the bench, he said, ‘Man I wish I could play with my broken leg. I would go out       there right now and get hurt again if I could. And I was like, ‘This dude is crazy.’”

In Nurkic’s absence, second-string big men like Kanter and Collins have taken up the responsibility down low for the Blazers and have done an excellent job at that.

Truth be told, this has been the Blazers’ most inspiring season in more than a decade. They have exceeded all expectations, shook off any doubts after the horrific Nurkic injury, and went on to enter the Western Conference Finals despite all odds stacked against them. But then again, this has been the culture that Lillard and the rest of the Blazers organization have established in recent years. Despite the yearly disappointment of bouncing out early in the playoffs – most recently a first-round sweep at the hands of the New Orleans Pelicans last year – the Blazers never pointed fingers at each other, trusted their ability to bounce back, and didn’t make any drastic changes to the roster. For much of the success they had this season, two important team factors enter the picture – resiliency and continuity.

Even with the Warriors coming in short-handed without Kevin Durant and DeMarcus Cousins, the Blazers still stand as the underdogs in this series. With that said, Golden State has more to lose in this match-up, and the Blazers have everything to gain. I know Lillard and his teammates aren’t satisfied in just making it to the WCF, but their playoff performance this season is already enough validation that they can battle it out the best of the west, and stand tall among the perennial favorites of the conference.

I still see the Warriors defending their Western Conference title against the Blazers. Curry and Thompson will definitely make things very difficult for the Portland defense, especially if they force switches and make Lillard and Seth Curry defend the two Warriors star shooters. The Blazers will surely tough it out and these first two games at Oakland should be their greatest chance to steal the Warriors’ homecourt advantage and set themselves up to pushing the defending champs’ backs to the wall. Bear in mind that Golden State won’t have Durant and Cousins in the first two games, so the Warriors aren’t necessarily the favorites, at least for the time being.