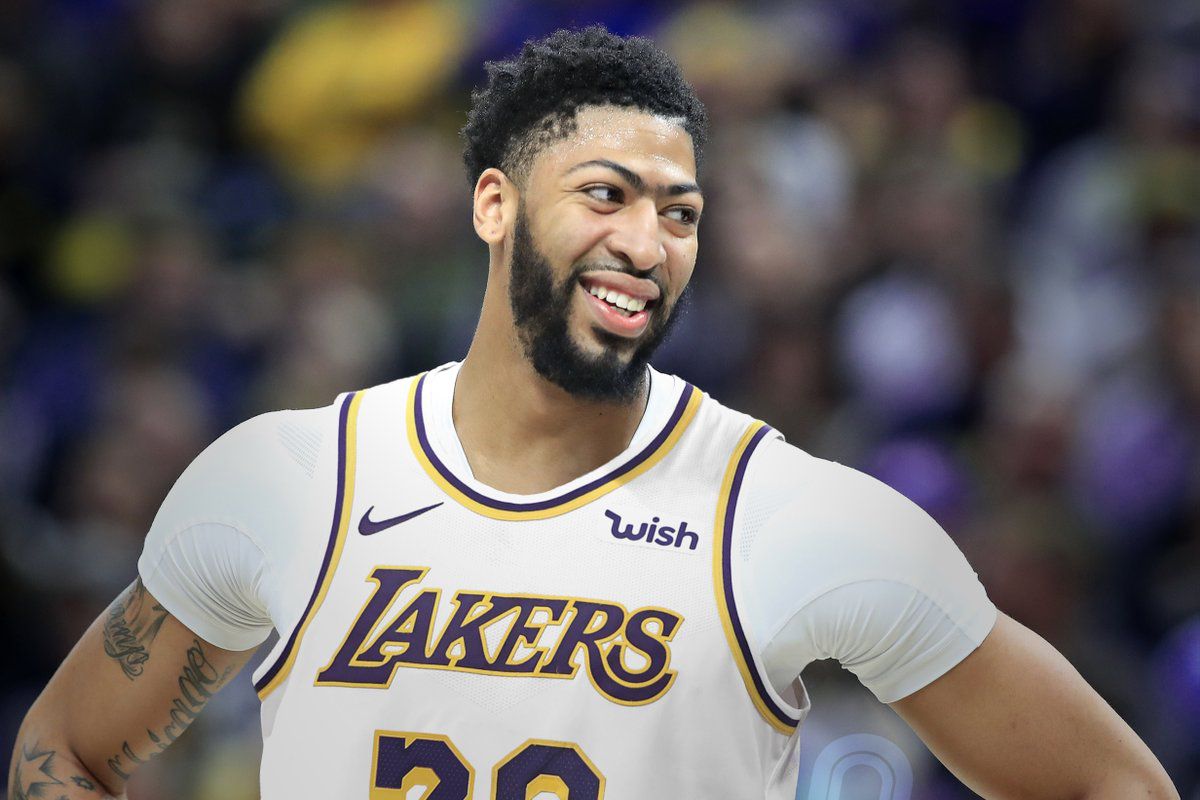 Superstar big man Anthony Davis may be focused on his campaign with the Los Angeles Lakers right now, but he isn’t ruling out playing for his hometown team: the Chicago Bulls, per K.C. Johnson of the Chicago Tribune. Davis will spearhead the new-look Lakers next season, along with the 34-year old LeBron James.

"I mean, [this is] definitely [my] hometown. If the opportunity ever presents itself and when that time comes, I'd definitely consider it.

A lot of these kids are from the same neighbourhoods that I'm from. And so to have someone come back that they can relate to, I think that's a huge impact on them.”

Born and raised in Chicago, the 26-year old Davis grew up being an avid fan of the Bulls. He also referred to Chi-town as the “Mecca” of basketball, obviously hinting that the Michael Jordan-led Bulls influenced how popular the sports has become in the city. Davis was a special guest at a Nike Rise camp at Kenwood Academy High School in Chicago, where he gave inspirational words, including his plans to don the Bulls threads in the future.

While Lakers general manager Rob Pelinka has always reiterated how he sees Davis to be the star of the franchise in the years to come, there’s still no guarantee that the All-Star center will indeed re-sign with the team. Davis has a player option after this season, although it’s almost already sure that he will opt out of his contract so that he could command a bigger paycheck.

Davis has actually done a bit of a sacrifice for the Lakers this summer. He was due to receive a 15% trade kicker when he was shipped to Los Angeles. Instead, Davis chose to waive the guaranteed $4 million kicker to give the Lakers more financial flexibility to fill out the roster. Even though the Lakers missed out on acquiring a third superstar, they still signed quality names like DeMarcus Cousins, Avery Bradley, Jared Dudley, Danny Green, Quinn Cook and Kostas Antetokounmpo. The team also brought back veteran point guard Rajon Rondo and defensive shooting guard Kentavious Caldwell-Pope.

Speaking of the Bulls, the storied franchise should have plenty of reasons to be hopeful for success next season. Zach LaVine should be a borderline All-Star for the years to come, while their young frontcourt duo of Lauri Markkanen and Wendell Carter Jr have shown that they can be one of the best big men duos in the league. The Bulls also selected scoring point guard Coby White in the recently-concluded draft, while signing quality vets Tomas Satoransky and Thaddeus Young.

But for the Lakers standpoint, the team is yet to assume the possibility that Davis will sign a long-term contract with them. The All-Star center sat down with Rachel Nichols of the ESPN, and talked about his future with the Lakers. However, he never guaranteed that he will return to the team after this season.

“Honestly, Rachel, I’m just focused on this season. I don’t know what’s gonna  happen. I have one year here, so I’m gonna make the best of this year, and when   that time comes around in the summer or whenever the season’s over — hopefully around mid-June after we just had this parade and I need a couple of days to think — then we can talk about that. But until then, I’ll try to do whatever I can to help this team win this year.”

Still, there’s a greater chance that he will return to LA. Davis’ agent, Rich Paul of Klutch Sports, is the same agent who works for LeBron. If the Lakers make it to the playoffs and go on a deep run, it is almost guaranteed that the pairing of LeBron and AD will stay in the bright lights of Staples Center for a while.

The Lakers have signed strong-willed veterans like Jared Dudley, Danny Green and Avery Bradley this summer. But one of their most underrated offseason moves was acquiring sweet-shooting combo guard Quinn Cook, who won a championship with the Golden State Warriors during the 2017-18 season. The 26-year old Cook has since moved to Los Angeles to work out with his new teammates, per Alex Kennedy of Hoopshype.

“We have our team group chat going and the guys are very active in it. It feels like this team has been together for a while. Everyone has been really active in the group chat. Ever since I signed, I went straight to Los Angeles and I’ve been working out with Bron, Kuz, Kentavious Caldwell-Pope and JaVale [McGee]. We’ve been working on a lot of stuff and I’m getting a chance to learn from the coaching staff, getting a chance to talk to Coach Vogel a lot and work out with Coach [Miles] Simon. Everyone has been so welcoming since day one when I signed. I know the other guys will start to trickle in; it’s still really early in the summer.”

Cook, who averaged 6.9 points, 2.1 rebounds and 1.6 assists per contest for the Warriors last season, is a career 42% shooter from three-point territory. He fits the mold of a point guard suited best alongside LeBron: a floor spacer who can also put the ball on the floor on offense while also playing excellent defense on the other end. The 6-foot-2 guard will bolster the Lakers’ point guard depth that already includes Rajon Rondo and Alex Caruso.

As expected by many, the Washington Wizards have announced that they are set to offer a contract extension to All-Star shooting guard Bradley Beal, per ESPN’s Adrian Wojnarowski. The Wizards have been firm on their plans to hold on to Beal despite numerous trade offers for the 26-year old star.

"At the very first moment allowed, we are going to offer Brad the full max    extension," Sheppard told ESPN.

Beal, 26, has until Oct. 21 to sign the extension, which would start with the 2021-22 season --- a decision that agent Mark Bartelstein indicates that Beal will need time to consider.”

The only roadblock that could stop Beal from accepting the extension could be how the Wizards’ roster shape up. Right now, the Wizards don’t have the tools to contend for a playoff spot in the Eastern Conference. The team made some moves by bringing back young budding center Thomas Bryant, and signing guards Isaiah Thomas and Ish Smith to fill in the void that the injured John Wall has left. Still, this is a superstar-driven league so without a second star to pair with Beal, Washington is projected to be a lottery team next year.

But Sheppard and the rest of the Wizards front office remain adamant that they have the necessary plans in place to convince Beal to re-sign.

"He's got two years left on his deal, and he's from Missouri and we are going to have to show him. We need to show him that we are about building this the right way, that we aren't going to have character-deficient guys around him. We are going to  surround him with guys he wants to play with. He saw that right away in free agency with us bringing back Thomas Bryant."

Indeed, the Wizards’ moves this offseason are of the low-risk, high-reward bracket. But Beal should not be wasting his prime years on a rebuilding squad. At 26, Beal is at the peak of his career, evidenced by the career year he had last conference. There are speculations that the Miami Heat are very interested in acquiring his services, but nothing concrete has materialized just yet. While Beal’s camp is yet to demand a trade, it won’t be a surprise if the Wizards gauge the trade market in a possible deal to ship Beal to another contending team before the February trade deadline.