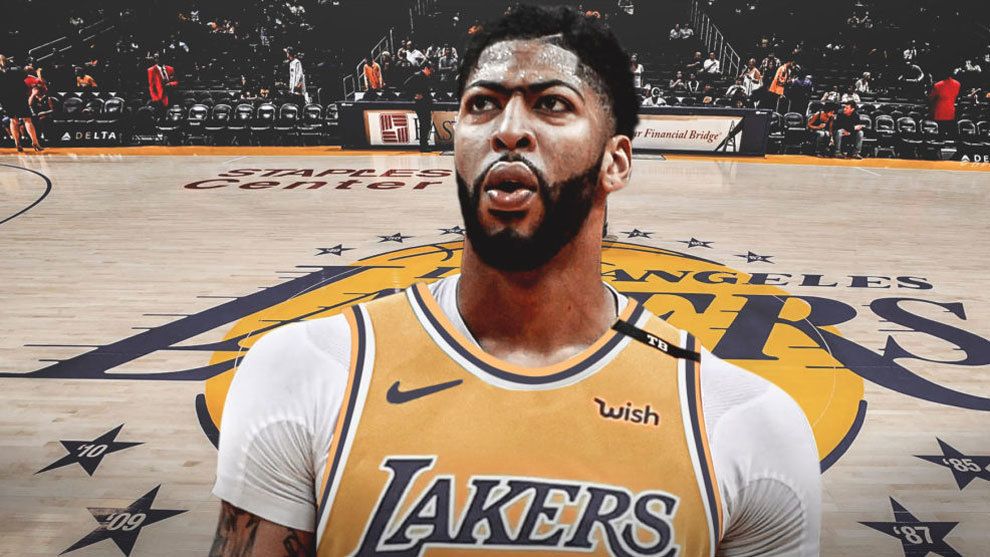 As highly-expected, superstar Anthony Davis has officially declined a multi-year extension offer from the Los Angeles Lakers. Davis still has a $28 million player option left in his contract after this season, but it is almost a sure thing that he will opt out and sign a more lucrative deal next summer. Chris Haynes of Yahoo Sports was the first to report about this development in the Lakers camp.

“The Lakers offered their star forward Anthony Davis a four-year, $146 million max extension on Tuesday, but they were informed that he will be bypassing an in-season extension in favor of entering unrestricted free agency in July, league sources told Yahoo Sports.

The decision was made out of salary-cap implications and because Davis wants to solely focus on this season, sources said.”

Davis, 26, has been the Lakers’ leading scorer this season. He is norming all-around numbers of 27.1 points, 9.4 rebounds, 3.2 assists, 1.5 steals and 2.6 blocks per contest. His enormous impact on both ends of the floor has his name written on the lists of the early favorites for both the Most Valuable Player and Defensive Player of the Year awards this year.

Even though Davis and his camp have declined the team’s extension offer, there’s no reason for Lakers fans to get really worried about this. The All-Star big man is not expected to leave the Lakers beyond this season. Furthermore, Mark Medina of USA TODAY reports that the Lakers will offer a five-year, $202 million max contract to Davis this offseason.

“The Lakers viewed this move as a mere formality. They maintain optimism Davis will re-sign with them for a maximum five-year, $202 million offer, a person familiar with the organization’s thinking told USA TODAY Sports. The person, who was granted anonymity because the team hasn't confirmed the news publicly, said the Lakers still found it necessary to offer Davis the extension on the first day they could.

The reason? The Lakers wanted to make Davis feel valued after acquiring him last summer in a trade with New Orleans.”

This would also mean that Davis will be the top prize of the very shallow free agency class of 2020. While it’s almost certain that The Brow will stay with the Lakers, it is interesting to see how many teams will still pursue him next summer. It is worth remembering that the Boston Celtics and the New York Knicks both tried to trade for him last season, but the New Orleans Pelicans, AD’s former team, decided that the Lakers’ trio of Brandon Ingram, Lonzo Ball and Josh Hart is the better package.

Still, the report by Medina on the possible five-year deal that Davis could sign with the Lakers is not yet written on the wall. Bill Oram of The Athletic emphasized that Davis could deviate from that path and choose a short-term deal instead.

“Some inside the Lakers anticipate Davis might pass on a five-year contract in favor of a three-year deal with a player option in the third year, similar to the contract Kawhi Leonard signed with the Clippers last summer. That would allow Davis to hit free agency in 2022, when he would be just 29, and still in his prime, and James would be 37 going on 38.”

After spending the first seven years of his career in New Orleans, Davis has been very comfortable under the bright lights of Los Angeles. Most importantly, he has developed an excellent working relationship with co-star LeBron James. Behind their masterful performances this season, the Lakers have amassed a stellar 30-7 record, sitting on the very top of the Western Conference.

In another important development in the Lakers camp, ESPN’s Dave McMenamin has reported that the Lakers are set to guarantee back-up center Dwight Howard’s contract this season. After spending the past several years bouncing from one team to another, Howard has found his niche off the bench for the Lakers. Here’s McMenamin’s report on the Howard news.

“The Lakers have until the 2 p.m. PT deadline Tuesday to waive Howard's contract, the veteran's minimum $2.56 million, but will not do so, league sources told ESPN, thus guaranteeing Howard for the rest of the season.

Tuesday is just a formality, of course. Howard cemented his worth to the Lakers months ago, anchoring L.A.'s second unit at the center position.”

The 34-year old former All-Star big man has been the glue guy of the team’s second unit, tallying efficient numbers of 7.1 points, 6.9 rebounds and 1.5 blocks in 19.6 minutes per contest. Los Angeles is Howard’s fifth stop in the past five years. After the end of his three-year stint with the Houston Rockets in 2016, the eight-time All-Star spent the next few years with the Hawks, the Hornets and the Wizards.

Pistons could target VanVleet this summer

There is no doubt that long-tenured star center Andre Drummond will be the topmost priority of the Detroit Pistons in the upcoming free agency. But it does not mean that the team is not keeping tabs on the other quality players entering the 2020 FA class. One of the borderline stars of that class is Toronto Raptors point guard Fred VanVleet. The 25-year old combo guard has seen a spike in his production this season, and the Pistons front office has certainly caught wind of it.

In the aftermath of the season-ending knee surgery to Detroit’s main man Blake Griffin, James L. Edwards III of The Athletic reported that the team is now focused on injecting more talent to the roster this summer. VanVleet’s name has become prominent in the eyes of the Pistons’ management.

“Looking ahead, the Pistons’ future isn’t any clearer. The organization has hinted at rebuilding, but sources say decision-makers are considering the possibility of   building a competitive roster next season. Detroit will likely start its pursuit with   Raptors point guard Fred VanVleet, a restricted free agent this summer.”

VanVleet has spent all of his four years in the league with the Raptors. He has grown to become a key cog for the Raptors’ successful championship run last season, and is now a fixture in the team’s starting line-up. This season, the 6-foot-1 gunner is putting up career-high averages of 18.0 points, 3.9 rebounds, 7.0 assists and 1.9 steals per contest.

Of course, the Raptors still have the inside advantage on re-signing VanVleet. However, it remains to be seen just how far the Raptors management will go in terms of the money they are willing to give to VanVleet. Reports have it that the team has set their sights on the 2021 free agency class, so it’s expected that they won’t indulge in any lucrative multi-year deals before that time comes.

Carmelo almost signed with the Wizards this season

It has been a roller-coaster ride for Carmelo Anthony this season. The 35-year old former All-Star has to endure a year of being unemployed, before the Portland Trail Blazers came calling for his services. He has been doing great with the Blazers, putting up buckets after buckets like he has done exceptionally well throughout his career.

Yet, Anthony considered another team to play for this season – the Washington Wizards. Michael Lee of The Athletic sat down with Anthony as the veteran star revealed that he considered playing for the city he once grew up in.

“In the midst of everything that was over the past year, it was like, ‘Why not try to go play with them?’ Why not go close to home?’ You know, all that stuff came into play. That was kind of the only time I thought about it. If they called, I was ready. Even at that point and time, it was about me getting back in the game. If a team was willing to give me an opportunity, it’s something I would’ve have looked at.”

But Anthony also told Lee that the offer from the Wizards never came, paving the way for him to join the Blazers. Despite the long layoff from the NBA that he went through, Anthony is still displaying the scoring prowess that he has always been known for. Anthony is tallying 16.5 points and 6.0 rebounds for Portland, including an excellent 41% clip from beyond the arc.