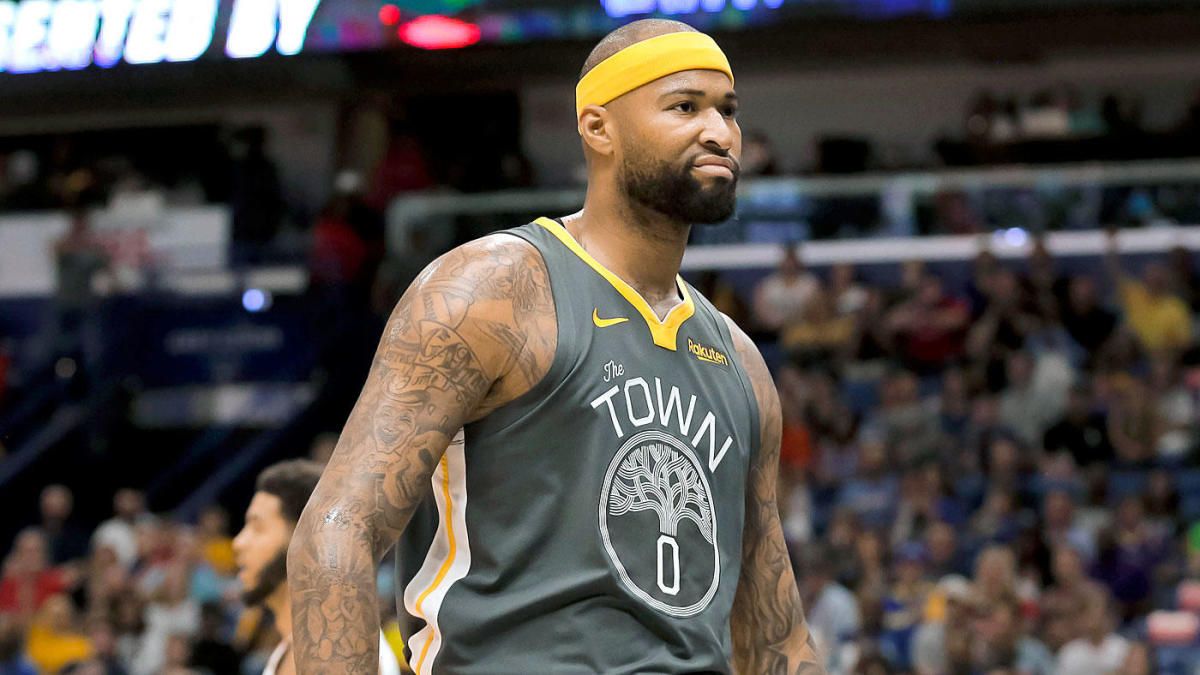 DeRozan-Cousins-Aldridge pairing in works for Spurs

After pulling off the loudest move last offseason when they shipped Kawhi Leonard to Toronto for the services of scoring star DeMar DeRozan, the San Antonio Spurs have been relatively quiet this summer. But the Spurs could be entering the free agency picture as reports say that DeRozan is now in contact with Golden State Warriors free agent center DeMarcus Cousins, per Shams Charania of The Athletic.

“There are several teams that are intrigued by DeMarcus Cousins. I’m told he’s had direct communication with some star players from other teams, one being DeMar DeRozan, of the Spurs.”

The Spurs just signed draft selections Luka Samanic and Keldon Johnson a couple of days ago. Starting point guard Dejounte Murray will return to the team after sitting out an entire season. He will be manning the backcourt with fellow young gun Derrick White, who was one of the young break-out stars last postseason. DeRozan and LaMarcus Aldridge are still the main cogs of the squad, but Aldridge’s already 33 years old and his performance might be declining soon.

Cousins, 28, hasn’t been garnering much interest in the market owing to the consecutive injuries he sustained in the previous two season. Still, his game is not entirely dependent on athleticism. His unique skill set includes the ability to stretch out the floor with his decent perimeter shooting and his knack to dish out excellent assists will be a welcome addition to Spurs head coach Gregg Popovich’s pass-first system. During his stint with the Warriors, Cousins has also shown that he can control his temper, something that he failed to do throughout his career. And despite coming off an Achilles injury, the versatile big man was still able to norm all-around numbers of 16.3 points, 8.2 rebounds, 3.6 assists, 1.3 steals and 1.5 blocks last season.

Sports Illustrated’s Michael Shapiro negated the New York Knicks as a probable destination for Cousins and singled out the Los Angeles Lakers as the next top priority for the 6-foot-11 big man if the Lakers don’t land Leonard in free agency.

“Any Knicks buzz for Cousins appears over after New York landed Bobby Portis and Julius Randle on Sunday. Both scoring brutes will line up next to Mitchell Robinson up front, leaving little room for Cousins to eat. The Lakers remain Cousins’ top   option if they don’t land Leonard. The Cousins-Anthony Davis reunion would be an exciting free–agent outcome, even after Cousins’ Achilles and quad injuries. The duo ran a nimble two-man dance in New Orleans, one that improved throughout 2017-18 before Cousins went down. Running a twin-towers lineup next to James would be among the league’s most interesting experiments.”

With Portis and Randle probably starting for the Knicks in the frontcourt, there will be no chance for Cousins to have a large portion of playing minutes. ESPN’s Brian Windhorst emphasizes that Cousins “may have to sacrifice money to make a better fit for free agency next year.” For him to earn a big pay day next season, Cousins has to prove that he still belongs to the crop of the elite big men we have in the league right now. And to do that, he has to be provided with an abundance of minutes on the court.

Sixers and Simmons working on a contract extension

With all-around numbers of 16.9 points, 8.8 rebounds, 7.7 assists and 1.4 steals per game, the 22-year old Simmons earned his first All-Star appearance last season. The former Rookie of the Year awardee had decent offensive games during the playoffs, while primarily doing his job as a defensive ace and the main playmaker of the Sixers. There were some light rumors that he could be an expendable asset for Philly especially if Jimmy Butler stayed with the team. With Butler heading to the Miami Heat, securing Simmons’ services beyond next season is a no-brainer for the Sixers.

Of course, Simmons doesn’t come without any flaws. Simmons haven’t developed a consistent jumper just yet, may it be from mid-range or from beyond the arc. Even though he’s quite crafty in finishing around the rim, the non-existence of a perimeter shot has forced him to float around the Sixers’ offensive sets last year with Butler and Joel Embiid acting as the primary shot creators of the team. Still, Simmons is just turning 23 in a couple of weeks and he has a lot of time to work on his weaknesses.

One more cause for optimism for this potential Simmons extension is his growing chemistry with superstar teammate Joel Embiid. Like Simmons, Embiid is still relatively young at 25 years old, and is just about to enter the prime years of his career. Rich Hoffman of The Athletic wrote about the Sixers potentially extending Simmons, including the young star’s comments on how his relationship with Embiid can further take the team to greater heights next season.

“I think our relationship got a lot closer. We grew a lot more as people and players. I  think we’re just figuring each other out still. But I got a lot of respect for Jo. He comes in and works hard, plays through certain things that are going on with him. And it’s just like one of those guys who is so determined on the floor. Seeing him after Game 7, it’s hard because you go a whole season playing with that guy. Blood, sweat and tears.”

The Sixers will roll out a powerhouse line-up of Simmons, Josh Richardson, Harris, Horford and Embiid next season, along with recent acquisitions of Raul Neto, Shake Milton and draft pick Matisse Thybulle. They are also reportedly the frontrunners for getting veteran gunner Kyle Korver and big man Kyle O’Quinn in free agency.

Kawhi flies back to Toronto to meet with Raptors top brass

The last remaining heavy domino is still yet to fall. With every other max free agents already committing to respective teams, Toronto Raptors free agent star Kawhi Leonard remains undecided on where he would play next season. However, ESPN’s Jalen Rose said on a Get Up appearance that he believes Kawhi will return to the Raptors and sign a short-term deal with the reigning champs.

“What I’m 99% hearing is that Kawhi Leonard will be returning to Toronto and signing a 2-year contract, just completed his 8th season, that will put him at 10 years and put him in position to get largest maximum deal for a player of his tenure.”

The Raptors are one of the three finalists in chasing Kawhi’s services this summer. The Lakers are still the frontrunners for the sweepstakes, while the Clippers aren’t that far behind. Among the teams who already backed out of the Kawhi chase are the Knicks, who reportedly gave up on Leonard after Kevin Durant chose to sign with the Brooklyn Nets, per Marc Berman of the New York Post.

“As it played out, when Kevin Durant turned up his nose at the Knicks, the club realized any chance of nabbing Leonard without KD was a long shot.

According to a source, Leonard agreed to meet with the Knicks, but not until  Wednesday after finishing with the Clippers and Lakers.

That plan was scratched by Knicks' brass over logistics.”

Instead, the Knicks signed veteran role players to two-year deals and completely missed out acquiring a superstar talent. With Leonard having already met the Raptors front office as the last stop of his free agency trip, it’s now up to the two-time Finals MVP to decide if he stays in Toronto or return to his hometown in Los Angeles.