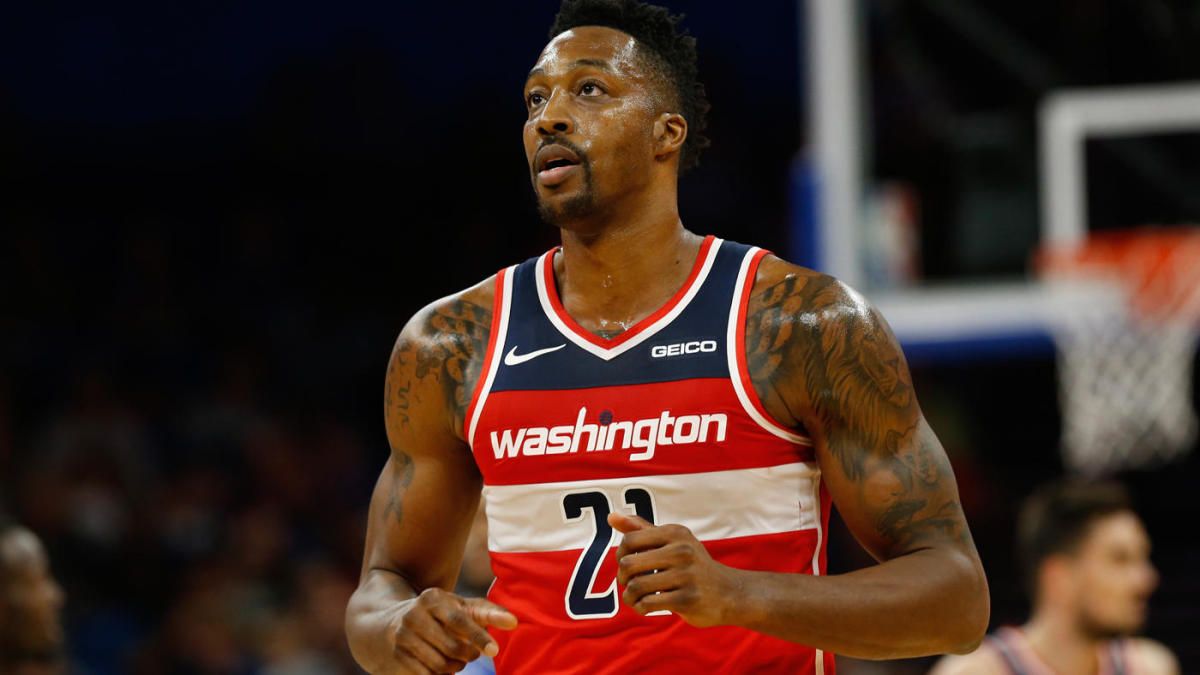 Howard “open” to returning to the bright lights of LA

What would Los Angeles fans feel about a potential Dwight Howard homecoming? Per Arash Markazi of The Los Angeles Times, the eight-time All-Star is pondering a return to LA to play for either the Lakers or the Clippers. Howard, 33, only played nine games for the Washington Wizards last season.

"I don't know what's going to happen, but I do love L.A. Staples Center is going to be rocking this season. When I played there it was rocking every night. The atmosphere is crazy, not just for the Lakers but the Clippers too. I just think all the hard work they've put in is paying off now. They've always been viewed as the Lakers' little brother, but they decided to stand out and be different and you have to thank guys like Blake Griffin, DeAndre Jordan and Chris Paul for laying the foundation for this team, and then what Doc [Rivers] has done has been great. This is just all that hard work paying off."

In an injury-marred season for him last year, Howard was still able to rack up a near double-double stat line of 12.8 points and 9.2 rebounds per game for the Wizards. As he was still recovering from a back surgery he went through late in November, Howard sustained a hamstring injury that proved to be a season-ending incident for the defensive big man.

Despite his age and his recent inactivity, Howard could still be a walking double-double machine every night. While a slot in a starting line-up is a long shot, the former Defensive Player of the Year should provide quality minutes off the bench for any team. He should still be one of the top defensive big men in the league, but Howard comes with a lot of weaknesses in his game. He is still a low-post type of offensive player, and his mid-range shooting isn’t consistent at all. These characteristics of a center could pose more problems than solutions.

In 2012, Howard has the golden opportunity to be one of the greatest big men in Lakers history. He was still in his prime at that time and is coming off a productive season with the Orlando Magic in which he normed 20.6 points, 14.5 rebounds and 2.1 blocks per contest. However, his tenure with the Lakeshow lasted for just a single season as he failed to live up to the high expectations mounted on his shoulders. Along with superstars Kobe Bryant, Pau Gasol and Steve Nash, the Lakers started on the wrong foot by losing their first three games of the season. They still entered the playoff picture through a 45-37 record, but without an injured Kobe, the Lakers were swept by Tim Duncan and the San Antonio Spurs. All those four losses came at double-digit gaps.

Still, Howard believes that the Lakers could be the right destination for him next season, especially now that the team already has one of the most elite rosters in the league.

"It just wasn't the right fit for me at the time. But the Lakers have been doing   something right for a long time because they have the most fans in the world and     the most championships over the past 40 years. You're not going to win a championship every year, but they're back and will compete for a championship next season. There's some really good teams out there and everybody wants to see how everything is going to shake out. But it's great to see teams that were struggling are back competing for a title again."

But it’s still hard to imagine how Howard could fit in with the Lakers next season. The team already has a bevy of outstanding centers in Anthony Davis, DeMarcus Cousins and JaVale McGee. The Clippers could be a better destination for Howard in terms of roster fit. With Ivica Zubac still learning the ropes of being a defensive anchor, Howard can provide him veteran mentorship while also filling in a back-up role for Zubac and Montrezl Harrell.

The Westbrook-Durant era in Oklahoma City officially ended when the Thunder sent Russell Westbrook to the Houston Rockets in exchange for veteran point guard Chris Paul. While the move is seen as more of a signal that marks the start of the Thunder’s rebuilding process, it is also widely reported that Russ actually wanted no part of the rebuilding and was ready to move on from the only team he knew since he entered the league in 2008.

It has also become apparent that Westbrook was already hinting of a departure even before the Thunder traded Paul George to the Clippers for the latter to return to his hometown and pair up with Kawhi Leonard. With that said, ESPN’s Royce Young reports that Russ didn’t even try to change George’s mind when he demanded a trade to the Clippers, confirming speculations that Westbrook was already thinking of a way out of Oklahoma City.

Westbrook and the Thunder were stuck.

Westbrook had built his image around loyalty to Oklahoma City, especially in the wake of Kevin Durant‘s departure. It would have been difficult for him to request a trade without looking at least somewhat hypocritical.”

Last year, George surprised everyone when he shunned the Lakers’ invitation to play alongside LeBron James as the former re-signed with the Thunder and cited the dynamics of his chemistry with Westbrook as one of the strong influences for him to remain with the team. But the Thunder had little success in George’s two-year stint in OKC, bouncing out of the first round of the playoffs in each of those two seasons.

With a chance to breathe in new, fresh air and compete for a title with former teammate James Harden, next season could be Westbrook’s best and most efficient. His shooting percentages have gone down in the past couple of years. But with the Rockets’ perimeter shooting-oriented type of game and the fact that the ball will stay mostly in the hands of Harden, Westbrook should be more than motivated to work again on his shooting, find ways to cut down his turnovers, and ultimately get used to the fact that he has to defer to Harden in most instances of games.

Would Lakers try to engage Thunder with a Chris Paul buyout scenario?

Although the Lakers have recently hinted of plans to put LeBron James in a full-time point guard role, it is already obvious that the 34-year old superstar has been doing most of the playmaking chores of his teams throughout his career. With only Rajon Rondo as the natural point guard on their roster, it won’t hurt for the Lakers to add another playmaker to the mix.

ESPN analyst Stephen A. Smith recently put forth a scenario that will give the Lakers the opportunity to nab Thunder’s newly-acquired veteran point guard Chris Paul.

“CP3 has to make a decision. When he was in Los Angeles and he elected to leave, he walked away for what was going to be five years and excess of $200 million. He walked away from that and essentially cost himself anywhere from $20 to $40 million by going to Houston.

The point is this: if you are Chris Paul, you have a decision to make. You want your money? Stay in basketball purgatory (OKC) or let them buy you out, accept a few million dollars, maybe settle for a $105, $110 million and you’re free to go wherever you want, and go join your brother LeBron James in L.A.”

While this could be an intriguing set-up, a buy-out scenario could be tricky for the Thunder. We still don’t know how the OKC front office could manufacture a full buyout, or maybe they could use the stretch-and-waive provision allowed by the NBA. The Thunder could still be on the lookout for trade partners to agree to exchange their expiring contracts to receive Paul. However, teams aren’t keen on taking in Paul’s bloated contract, especially with his age and performance already on a decline.