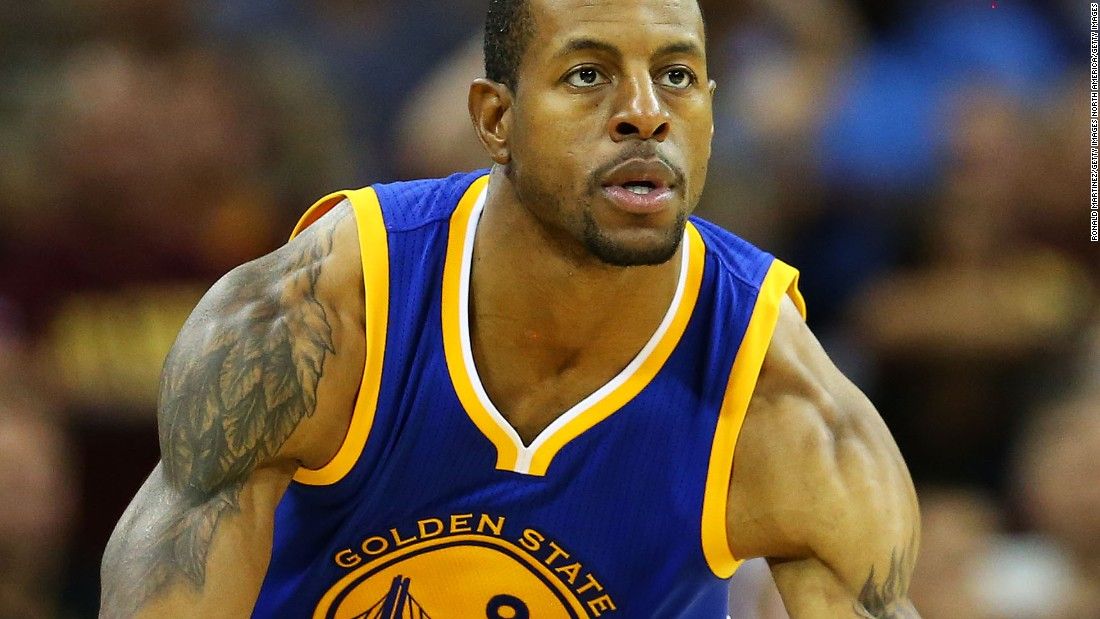 Grizzlies still in search of trade partners for Iguodala

The Memphis Grizzlies are not giving more gold to the rich. With playoff-contending teams waiting out if the Grizz front office will buy out Andre Iguodala’s contract, the team is now intending to have the veteran swingman to report to training camp. Shams Charania of The Athletic has the inside scoop on this development. Here are a couple of his tweets regarding the Grizzlies’ decision on retaining Iggy.

“Sources: Memphis wants three-time champion Andre Iguodala to report to training camp and is refusing right now to engage in buyout, which would prevent Iguodala from finishing a Hall of Fame career on his terms because this may be his final NBA season.”

“Iguodala is VP of NBPA, one of league’s most respected and desires a contender at this stage. Young, rebuilding Grizzlies received a valuable 2024 1st from Golden State in Iguodala trade, and after Dwight Howard buyout, were expected to eventually have same talks with Iguodala.”

Iguodala, 35, was traded by the Golden State Warriors this offseason in a bid to clear out their cap space. The Warriors have since inked contract extensions to Draymond Green and Klay Thompson, as well as signed newly-acquired All-Star guard D’Angelo Russell to a max contract. This was not the ending that Iguodala and the Warriors front office had in mind, but we do understand why the team had to let go of their defensive ace.

For the Grizzlies, they are bent on gauging the trade market for the veteran forward. Among the rumoured teams to have expressed their interest on acquiring Iguodala are the Los Angeles Lakers and the Houston Rockets. Of course, there are still other teams who are playing it by ear. Sean Deveney of Heavy.com reports that teams believe that Iguodala will not stay long at Memphis, and are just waiting for the Grizzlies to move the first domino.

“What the Grizzlies are doing, it is to be expected. They’re looking at him as an asset    and they want to get something in return for him. He’s under contract, so they hold all the cards. The worst he can do is not show up and it is not like Memphis is going to be playing for a playoff spot. Him not showing up wouldn’t help anything. But if  you’re on the outside, those teams, they’re just waiting it out.”

Although the Grizzlies did receive a future first-rounder from the Grizzlies to take in Iguodala’s $17 million paycheck this season, it would be wise for them to also wait out until contending teams give in and make a trade for the forward. The trade offers should come flowing in at the middle part of the year, especially before the February trade deadline. At that point of the season, playoff-bound teams should probably have figured out where their weaknesses lie. If lock-down defense and championship experience are those weak spots, then making a move for a proven defender and winner like Iguodala is a no-brainer.

The 35-year old defensive ace produced a career-low of 5.7 points per game for the Warriors last season, on top of 3.7 rebounds and 3.2 assists. But Iguodala was able to increase that stat line to 9.8 points, 4.3 boards and 4.0 dishes per contest in the playoffs. At this point in time, Iguodala’s defense and decent perimeter shooting should make him a solid contributor to any team. But as what Lakers Nation’s Trevor Lane emphasizes, the vet should be a perfect piece to the Lakers’ puzzle.

“However, one area they haven’t addressed is a defensive-minded small forward. The  Lakers badly need someone who can slide in while James is on the bench or be turned to when they need to cool off one of the league’s best swingmen. [Danny] Green can handle that job to a degree but his efforts would certainly be enhanced if another 3- and-D player was on the roster in a supporting role. Additionally, another wing  defender would go a long way towards ensuring that James wouldn’t have to burn energy defending the opponent’s best player and could instead focus on running the team’s offense.”

There’s no question that the Lakers now have a better supporting cast for LeBron James than what they had with their young roster last year. They also have signed defensive-minded wings like Green and Avery Bradley. But Green isn’t a proven lockdown defender yet, and Bradley is undersized when defending lengthy scoring forwards like Milwaukee Bucks’ Giannis Antetokounmpo or the Los Angeles Clippers’ duo of Paul George and Kawhi Leonard. That’s where Iggy enters the picture. However, they don’t have the financial flexibility to eat up Iguodala’s salary so it’s safe to say that the Lakers are really hoping that the Grizzlies will buy out Andre’s contract soon.

Is Carmelo still a viable option for a roster spot in the NBA?

Here we go again with the Carmelo Anthony saga. The start of the training camp is just around the corner, and Melo is still left unsigned. The confusing part of this is that there’s not a single team in the NBA who has openly expressed even the slightest interest to offering Anthony a roster spot. The ten-time All-Star can still score with the best of them, and has even reiterated that he is now willing to accept any role a head coach has for him, even if it’s an off-the-bench contributor role.

This could be the reason why The Athletic’s David Aldridge took the initiative to interview a bunch of important figures around the league. Aldridge put up important questions of whether Carmelo still deserves another shot and what will it take for him to have a consistent role for a team.

Here’s an executive from the West who believes that Anthony can fit in a team incorporating a lot of isolation sets on offense:

“Miami, if he is willing to work with (Pat) Riley hard on conditioning. He can replace D-Wade’s scoring. Or, Portland. They play a lot of isolation basketball and they need another scorer. Carmelo is a dinosaur in today’s NBA. Everyone wants ball movement and three-point shooting; not Melo’s forte.”

A stint with the Miami Heat could be interesting. Even without the certainty of a team giving him a roster spot, Anthony is still continuing with his workouts and scrimmages with notable NBA players. The Heat has been known for making sure that their players are fully-conditioned, and Melo has shown that he has a rigid work ethic. Portland is also an intriguing destination for the veteran scorer. Even with the presence of their stars Damian Lillard and CJ McCollum, the Blazers are still in need of a scorer in their second unit. They have re-signed Rodney Hood this summer, but Anthony’s scoring pedigree still trumps that of Hood’s.

Even Chris Bosh, an eleven-time All-Star and two-time champion with the Heat, is confused why Carmelo is still without a home in the NBA. He appeared during an episode of FS1’s First Things First, and reiterated that teams should take chances on his fellow 2003 draftee.

“I can’t understand why Melo doesn’t have a job. I’ve known Melo since we were both 17 years old. … He should be playing. He’s good enough. He’s in shape. He can shoot it. I don’t know if they watch much basketball, but he can play.”

The Brooklyn Nets could also be a fit for Anthony, especially considering that the team’s two superstars in Kevin Durant and Kyrie Irving have expressed their desire for Anthony to join them.

Butler could have re-signed with the Sixers

The expectations were very high when Jimmy Butler was traded to the Philadelphia 76ers last season. They seemed to have progressed in team chemistry during the playoffs, but a painful Game 7 loss at the hands of Kawhi Leonard and the Toronto Raptors. It could have been great in terms of continuity had Butler stayed in Philly, but the superstar forward decided to take his talents to South Beach and join the Heat.

However, Dave Early of the SB Nation’s Liberty Ballers reports that Butler could have re-signed with the Sixers but the team never offered him the max contract he and his camp wanted.

“According to a person with knowledge of the way the front office thinks in         Philadelphia, the Sixers were not interested in bringing Jimmy Butler back and did not offer him the five-year offer he was seeking from them. According to the source, Butler would have taken a five-year max offer to stay, as securing the final year of a long term deal was one of his priorities. According to the same source the core players mostly liked and got along with Butler. This team insider did not suspect that retaining Butler would have impacted the ensuing contracts signed by Tobias Harris or Ben Simmons.”

One can understand why the Sixers hesitated on bringing back the polarizing forward. There’s just a single ball to share on the court among Butler, Ben Simmons and Joel Embiid. Butler’s presence on the wing forced the Sixers to be more perimeter-oriented, taking out Embiid’s knack for scoring on the low post. With the departure of Butler, Philly has filled out the vacated starting spots with former Heat combo guard Josh Richardson and Al Horford, one of the most versatile big men we have in the league.