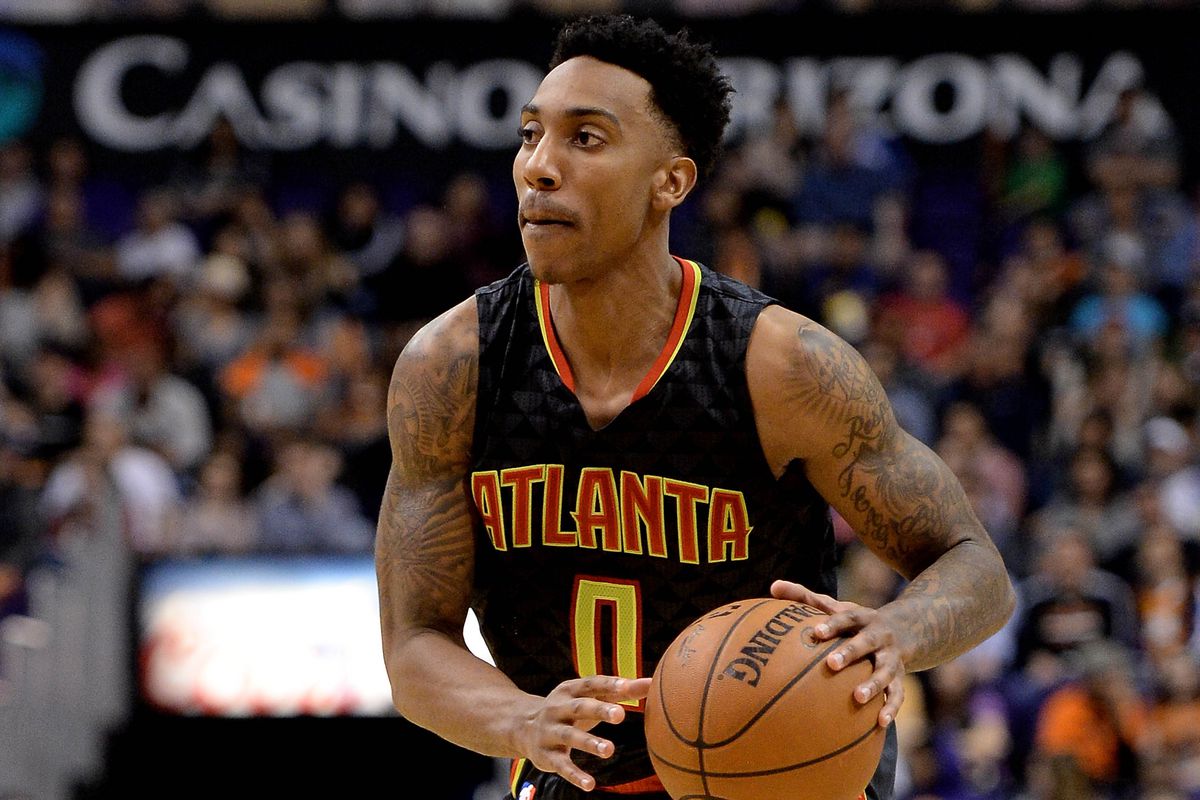 Teague could re-sign with Hawks and mentor Trae

It was quite the homecoming for the veteran point guard Jeff Teague when he was traded back to the Atlanta Hawks this season. The 31-year old playmaker was drafted by the Hawks as the 19th overall pick in the 2009 NBA Draft. Teague would spend seven years in Atlanta, and made the All-Star game in 2015.

After consecutive frustrating defeats in the playoffs, the Hawks rebuilt the team in the summer of 2016. Teague was traded to the Indiana Pacers in that same summer, and then played for the Minnesota Timberwolves the following year. But the veteran found his way back to Atlanta through a mid-season trade this year. He has played 25 games for the Hawks, averaging 7.7 points, 2.2 rebounds and 4.0 assists per contest.

While those numbers are his lowest output since his sophomore year, the dip in his performance is a result of his newfound sixth man role for the Hawks. Teague is only logging in 20.8 minutes per contest for the squad this season as he is primarily serving as back-up for young star point guard Trae Young.

As per Chris Kirschner of The Athletic, team general manager Travis Schlenk assured Hawks fans that they will definitely talk to Teague and his agent when the vet becomes an unrestricted free agent this offseason. Schlenk emphasized that the team needs a backup point guard, and Teague is the right man for that role.

“I think Jeff struggled getting comfortable in the role he was in here. Even though he came off the bench in Minnesota, he was really still getting 30 minutes a night. Here, depending on matchups and injuries and foul trouble, it could have been 15 minutes or 25 minutes. He even said to me that, ‘I feel like a rookie out here. I’m playing nervous.’ I don’t know if we ever saw the real Jeff Teague. He’s still extremely explosive with the ball and has the ability to be a really good defender. I think he was still trying to feel out the situation. I don’t think we saw what Jeff Teague has left in those 25 games that he was here with us. He’s going to be an unrestricted free agent   this summer, and obviously backup point guard is going to be a position (of need) for  us. And we’ll have that dialogue with he and his agent at the proper time.”

True enough, this is a very young Hawks squad and they would need every veteran presence available to them. Moreover, it’s not like Teague will only provide mentorship for the team’s young guns. He can still produce at a high rate, and he could serve as a starter for any team’s backcourt line-up. With a 6-foot-3 frame, Teague exerts effort on the defensive end and can switch onto bigger shooting guards. He is also an excellent passer, and a consistent gunner from long-range.

With that said, it remains to be seen how high Teague’s value will be in the free agency market. This is the last year of the three-year, $57 million contract he signed with the Timberwolves in 2017, and it is safe to say that he won’t be garnering a contract that lucrative anymore. Furthermore, there is also the fact that the teams’ salary cap could be much lower considering that the league has taken a big hit in profit and revenue during this season suspension.

Of course, it is also without a doubt that Teague will gain interest from other teams. He is a calm and collected playmaker who can also create shots for himself. A combo guard of his experience will certainly help a contending team should he chooses to sign with an elite contender.

However, Teague also made it known that he has always wanted to come back to Atlanta. In an interview with The Atlanta Journal-Constitution’s Sarah K. Spencer last January, the veteran point guard said that he has always had the desire to don the Hawks threads again.

“I always wanted to come back, and those things just kind of run through your head. And I look at the team and the needs and things like that I thought they may need. I was like, a backup veteran that can help a little bit trying to help lead the guys, I thought that could be my role.

Just try to be a leader. There’s a lot of young guys who are going to look to lean on you. They’re all really talented, but they’re young, so they haven’t been through some  of the things that I’ve been through, played in some of the big games that I’ve played in. So they’re going to look at me a little more. And that’s cool, I’m here for that. I’ll try to help in any way I can on and off the court.”

With a 20-47 record this season, the Hawks also have the golden chance to nab another Top 5 pick in this year’s draft. They are also coming off a blockbuster trade deal that landed them former Houston Rockets star center Clint Capela, giving them the defensive presence that they direly need.

Millsap could stay in Denver for the rest of his career

His on-court production may have dipped in the past couple of years, but the 35-year old Paul Millsap is a highly-efficient player when fielded in. The 6-foot-8 power forward is still a regular starter for the Denver Nuggets, but he is only logging in 24.4 minutes per contest. NBA teams have been activating small-ball line-ups in crucial minutes, forcing Nuggets head coach Michael Malone to field in a smaller lineup with star center Nikola Jokic at the frontcourt.

Yet, Millsap is still a highly-valued veteran especially now that he will enter unrestricted free agency in the offseason. He has the post moves to score creatively inside, and he also extends his range up to the three-point line. Millsap would certainly attract tons of attention from other teams, but he has a strong opportunity to win his first championship if he stays in Denver.

But the question is, does Denver want him back? Michael Porter Jr. and Jerami Grant have proved that their high-motor games complement Jokic’s playmaking. On top of that, those two young forwards possess more lateral quickness on the defensive end than Millsap’s 35-year old legs. Nick Kosmider of The Athletic answers this question by saying that it all boils down to how much Millsap can contribute when it matters the most.

“But a true measure of Millsap’s value going forward will be evaluated by how he helps the Nuggets in the playoffs. The focus coming out of the All-Star break as the Nuggets ramped up for the postseason was on how Porter would perform if the rookie was given a playoff chance. But you could argue that the assessment of how Millsap could help this current iteration of the Nuggets contend among the Western Conference’s heavyweights was set to be an equally important process for a front office   that must decide whether — and at what price — to pursue Millsap for a second time.

Could Millsap neutralize Marcus Morris in a series against the Clippers? Could he provide effective switching help against Kawhi Leonard and Paul George in such a matchup? Could he meet the challenge against the aforementioned Davis should Denver draw the Lakers? Could he be an effective small-ball five against the Rockets’ no-center game plan in the moments Jokic rested?”

But then again, Millsap’s excellent knack for scoring, along with his underrated passing, should be enough for the Nuggets front office to strongly consider bringing him back. The veteran combo big should also serve as insurance when Jokic gets injured as Millsap can also do the things that Jokic can do on offense. Most importantly, Millsap has already established chemistry with his teammates, and continuity is a very underrated factor in any team’s success.