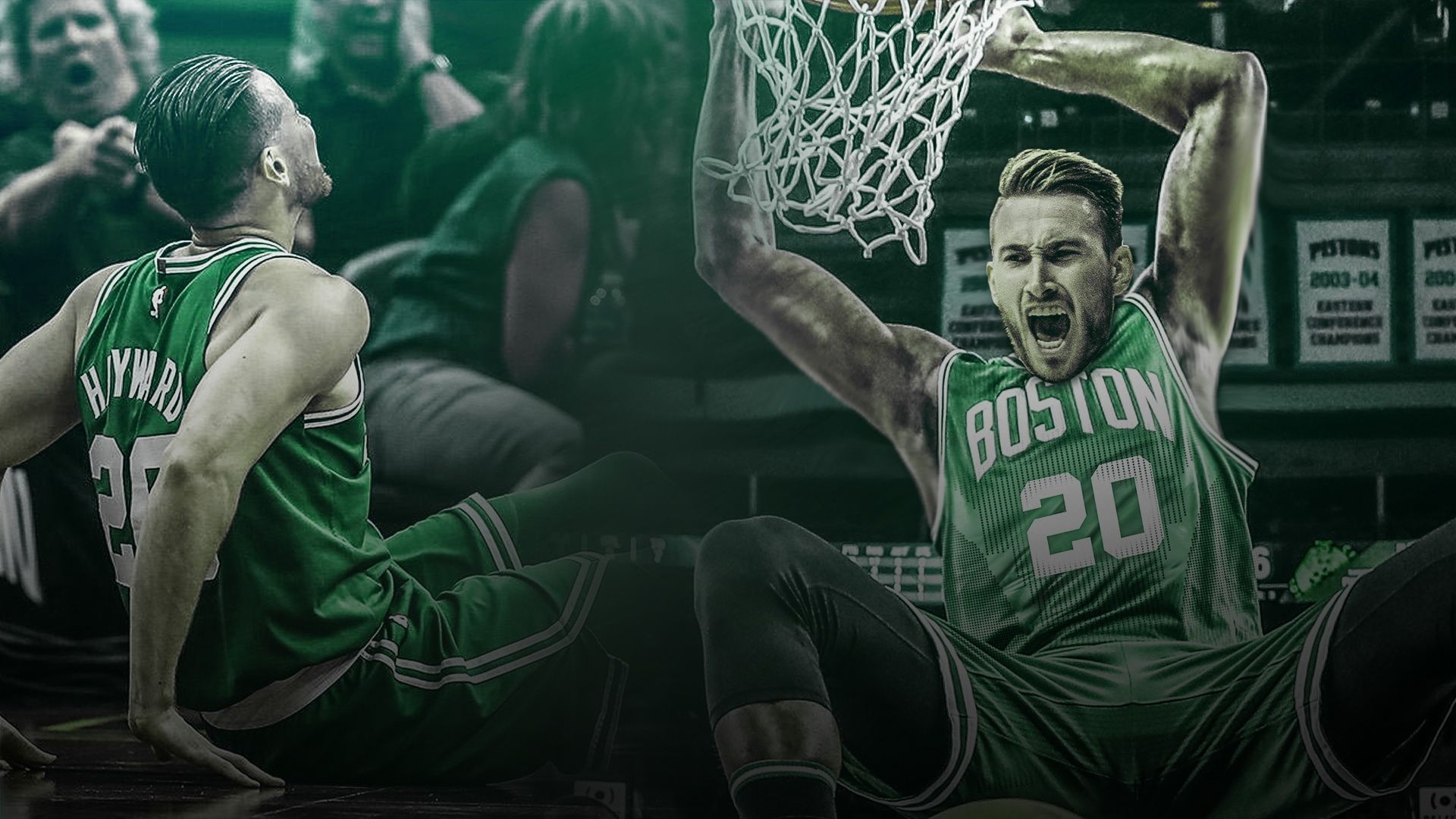 After struggling to put up his usual efficient production when he returned from the horrible ankle injury he sustained in his first game donning the Boston Celtics thread, Gordon Hayward has bounced back big time this season. The 30-year old forward upped his scoring from 11.5 points last season to 17.3 this year. On top of that, he is also norming 6.5 rebounds, 4.1 assists and a stellar 39% clip from the three-point line and a solid overall 50% shooting from the field.

With the season suspended and we have no games to cover, it is now time to set our sights on how Hayward will approach his possible entry to the 2020 Free Agency class. He has a lucrative $34 million payday waiting for him should he opts in on his final year with the Celtics, which will then delay his free agency until 2021.

John Hollinger of The Athletic wrote a column on the possible free agents this offseason, and noted that Hayward should exercise his player option and remain a Celtic next season. Hayward is only second to Mike Conley on the list of the players with most money to opt into in the offseason.

“Hayward’s strong bounce-back season with the Celtics this year theoretically opens the door for him to test free agency in search of one more big payday. Realistically,however, none of the teams that have room would seem to need to break the bank to have a 30-year-old wing be their third-best player. Hayward is clearly better off banking the $34M this year and then trying again in a much more favorable free-agent market in 2021.”

We can also take note that the upcoming free agency class is a very shallow one. The top prize, Anthony Davis, is sure to re-sign with the Western Conference frontrunners Los Angeles Lakers. Utah Jazz point guard Mike Conley will be wise enough to opt in on his $34 million, and there are speculations that Cleveland Cavaliers recently-acquired big man Andre Drummond will be staying in his new team then negotiate an extension next season.

Declining his player option will give him Hayward the opportunity to negotiate a long-term deal possibly with the Celtics or with any other team desperate to upgrade their roster. There is a shortage of big names in the upcoming FA class, so the 6-foot-7 swingman’s services will certainly be coveted. However, we should also remember that Hayward is not getting any younger and it will be a year or two before he enters the twilight of his career. Teams are also clearing out cap space in time for the stacked 2021 FA class, a batch that could see the likes of Kawhi Leonard, LeBron James and even Giannis Antetokounmpo.

In a recent column written by Heavy.com’sSean Deveney, league executives believe that Hayward and his people could not pass up that much money with the Celtics.

“It’s too much money to pass up,” one general manager told Heavy.com. “He could get a longer deal if that is what he really wants. But I don’t think the Celtics want to give it to him, they have a lot of young guys to pay and the starting (salary) number on whatever the contract is will not be close to $34 million. He can opt in this year and then take a big contract next year. When you look at what he has done since his injury, he has only gotten better. He could get better next year and be ready for the summer of 2021.”

Of course, we should not call off the possibility that the Celtics could look to place a long-term investment on their all-around stalwart. Hayward’s versatility on both offense and defense has allowed head coach Brad Stevens to employ small-ball line-ups. The veteran forward can score whenever he wants to, and he is also excellent in facilitating the Celtics’ half-court offense.

It is obvious that Hayward has regained his confidence after his production fluctuated last year. The former All-Star said that he found his old confident self during his individual preparations last offseason, as per John Karalis of MassLive.

“That’s been really nice, being able to train exactly how I’m used to training, not  having to worry about doing stuff for only 10 minutes or only doing a certain amount of reps. (I) got a chance to enjoy the beautiful facility we have and really utilize all of  it and work with the staff… They kind of knew exactly where I was at after the season and I wanted to build off of that and also work with the coaches and get ready for the  upcoming year.”

With Jayson Tatum growing into the focal point of the offense and fellow young gun Jaylen Brown producing borderline All-Star numbers, Hayward’s veteran presence and all-around imprints have steadied the ship for the Celtics. The team holds a 43-21 record in the Eastern Conference standings, good enough to rank third behind the league-leading Milwaukee Bucks and the defending champions Toronto Raptors.

Good news has come in scarcity for the New York Knicks these days. Their brash team owner has tested positive for the coronavirus, and it seems like they just can’t catch anything positive this season. Of course, the fine play of their rookie recruit RJ Barrett could be the silver lining of their current campaign, along with the development of their young guns like Mitchell Robinson and Frank Ntilikina.

And then there is Damyean Dotson, arguably one of the most versatile players on their roster. However, the 25-year old stalwart’s name has fallen out of head coach Mike Miller’s rotation, prompting speculations that this could be his last season with the Knicks. Dotson is entering restricted free agency this offseason, and teams are already lining up to nab his services.

Marc Berman of the New York Post reported that a number of contenders will be interested in talking with Dotson’s camp when he becomes a free agent.

“According to NBA sources, three prominent organizations — the Jazz, Bucks and Warriors — are expected to show some interest in Dotson, who made $1.6 million this season as a “3-and-D’’ prototype.”

In 17.4 minutes of play this season, Dotson is norming 6.7 points, 1.9 rebounds and 1.2 assists per contest. It is a decline from the 10.7 points he had last year, but that is primarily due to lack of playing time. He is still shooting a decent 36% clip from the field, and has shown flashes that he can be a lockdown defender down the road. He has scored in double digits thirteen times this year as the Knicks have trusted in his ability to shoot from beyond the arc.

At 25, Dotson is already considered one of the veterans in this very young Knicks squad. He can handle the ball well enough to facilitate half-court offensive sets, and he has always had his shooting to go with it. His former head coach, David Fizdale, emphasized that Dotson’s toughness on both ends of the floor will be much-coveted by perennial contending teams.

“He’s got a great work ethic, leadership qualities and toughness. He’s extremely coachable and dedicated teammate. Totally committed to the culture with a consistently good attitude regardless of his minutes.

He’s a game shooter and improved his handle and as a finisher. He’s a good  rebounding guard, but he still has to improve defensive awareness on the weak side. Overall he’s a solid NBA player.’’

The 6-foot-6 Dotson will be solid fit for the teams that Berman mentioned. Both the Warriors and the Bucks have built their offense around stellar three-point shooting, and the Jazz has always needed a capable scoring punch off the bench. Of course, it remains to be seen if the Knicks front office tried to retain Dotson, although his recent benching could mean that Dotson would be better off playing elsewhere.