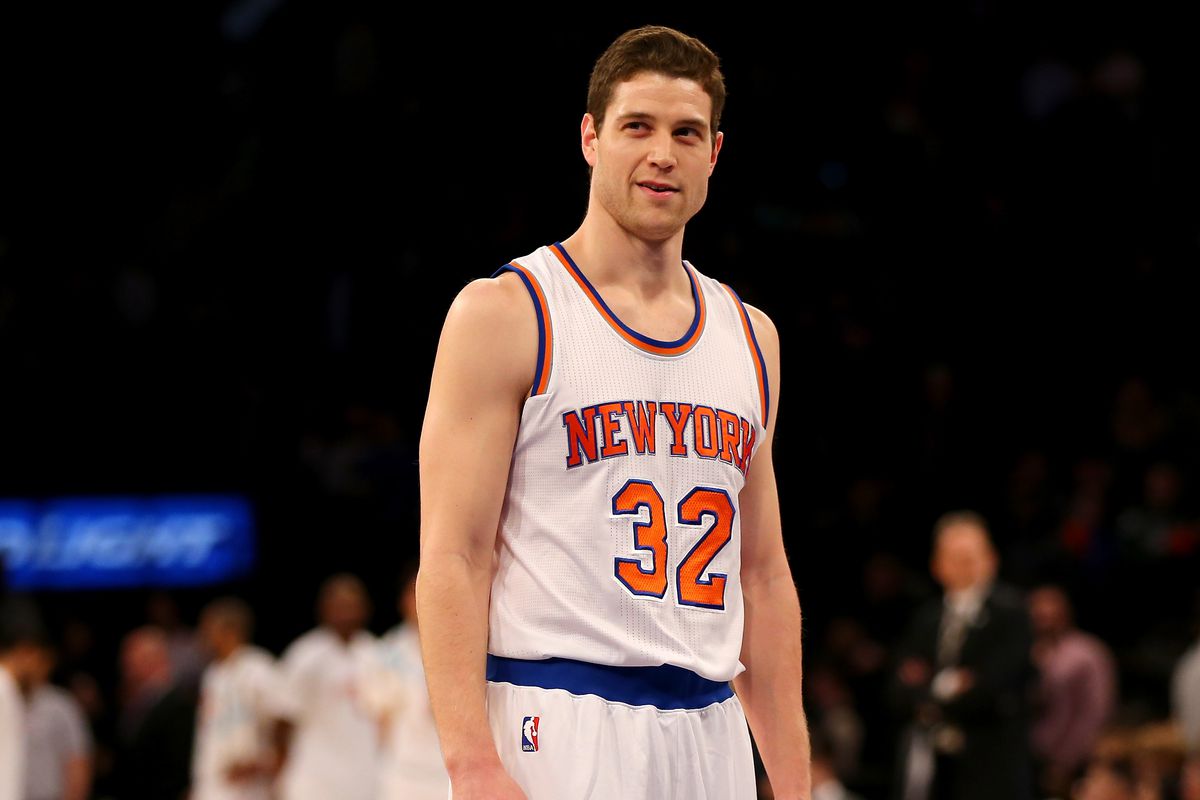 NBA Free Agency News: Jimmer Fredette Finds His Way Back To The NBA

Scoring point guard Jimmer Fredette has returned to the NBA. Shams Charania of The Athletic announced on Twitter that the Phoenix Suns have agreed to acquire Fredette, who has been torching nets in China while playing for the Shanghai Sharks of the Chinese Basketball Association.

“Guard Jimmer Fredette has agreed to a two-year deal with the Phoenix Suns, league sources tell @TheAthleticNBA@Stadium. Team option on second season for  Fredette, who is returning to NBA once he receives his clearance from China.”

The 30-year old sweet-shooting guard last played for the New York Knicks during the 2015-16 season. Fredette has career averages of 6.0 points and 1.4 assists per game. He is joining a young Suns team who are at the bottom of the Western Conference standings, and are primed to get a lottery pick in this year’s draft.

The Suns have been looking for a potent playmaker to run a backcourt combo with young budding star Devin Booker. But Booker has shown glimpses of brilliant playmaking for the team, prompting beliefs that he could also fill in the role of the point guard position for the team. Reports have it that the Suns have pursued Boston Celtics excellent back-up guard Terry Rozier, but to no success.

Fredette already played four minutes with his new team against the Sacramento Kings, obviously just a ploy to get him re-acquainted with the pace of the NBA game. Here’s Jimmer’s statement after the game, via Cody Cunningham of NBA.com.

"It was great. I'm grateful for the opportunity here with the Suns organization. I was  just excited to get back out there and try to help the team in any way that I can. Obviously, it's towards the end of the year. My job is to come in and try to keep these  guys positive, be a veteran guy and go in there and try to be aggressive."

The Suns, already boasting a young core of Booker, Josh Jackson, Kelly Oubre Jr. and Deandre Ayton, should be able to give Fredette more playing minutes next season. Perimeter shooting has been the most dangerous weapon for teams in this pace-and-space offense era, and the 6-foot-2 shooter will give them just that.

It was no secret at all that the Utah Jazz reportedly pursued Memphis Grizzlies point guard Mike Conley in exchange for the services of playmaker Ricky Rubio. Conley gives them outstanding perimeter shooting and better defense, two areas that Rubio has been lacking in his stint in Utah. But the trade did not materialize before the February trade deadline, and Conley stayed in Memphis instead. However, that could change soon as the Jazz are rumoured to continue pursuing the veteran playmaker in the summer, per Kevin O’Connor of The Ringer.

“Memphis seriously discussed sending Conley to the Jazz prior to the deadline, and those talks could pick back up in June, according to multiple front office executives.”

Conley, 31, is still putting up All-Star worthy numbers of 20.9 points, 6.4 assists, 3.4 rebounds and 1.4 steals per game for the Grizzlies. The Memphis organization was dead set to trade him, along with fellow long-tenured Grizzly Marc Gasol. Gasol was dealt to the Toronto Raptors before the deadline, but the team failed to land Conley a trade deal.

Conley is set to become an unrestricted free agent in 2021, but he can opt out of his current contract before the 2020 season. The Grizzlies are currently entering rebuilding mode, and it won’t come as a surprise if they will still put the veteran playmaker on the trading block after this season.

The Boston Celtics have brought back center Greg Monroe for a 10-day contract, per Shams Charania of The Athletic. The 6-foot-11 big man has played 11 games for the Toronto Raptors this season, averaging 4.8 points and 4.1 boards per game.

The 28-year old center played for the Celtics last season as he put up good numbers of 10.2 points, 6.3 rebounds and 2.3 assists per game off the bench. Boston is in dire need of an outstanding frontcourt player right now, especially with Aron Baynes and Al Horford currently dealing with injuries.

It remains to be seen if the Celtics retain Monroe for the playoffs as his 10-day contract will expire before the postseason. For now, he could be a valuable asset off the Celtics bench as the team observes the injury recovery process of Baynes and Horford.

Is Ntilikina the odd man out of the Knicks next season?

With no other recourse left and hopes diminishing, there’s a high chance that the New York Knicks will trade 21-year old point guard Frank Ntilikina this offseason. It turned out that the Knicks have actually shopped the Frenchman to the Atlanta Hawks before the February trade deadline, per Stefan Bondy of the New York Daily News.

“A source told the Daily News that GM Scott Perry, who was hired after the Knicks drafted Ntilikina, approached a member of the Hawks front office to test his appetite for a deal before the February trade deadline. The Hawks, however, have Trae  Young  and weren’t interested.”

Ntilikina is arguably the third-string point guard of the Knicks, playing behind Dennis Smith Jr. and Emmanuel Mudiay. He is averaging 5.9 points, 2.9 assists and 2.0 rebounds per game, but has come nowhere close the potential two-way guard that the New York front office thought he could when they drafted him 8thoverall in the 2017 draft. Paul Kasabian of the Bleacher Report also noted a statistic that proves how underwhelming Ntilikina’s performance has been this season.

“He's 94th among 97 qualified point guards in ESPN's real plus-minus.            Furthermore, his 6.2 player efficiency rating is the third-worst mark in the league  among players who average at least 20 minutes, per Basketball Reference.”

To make matters worse for Ntilikina, the Knicks young guns like Damyean Dotson and Allonzo Trier have been outperforming him. With the team dead set of nabbing two max free agents in the summer, it is highly probable that the Knicks would trade Ntilikina to a rebuilding team.

Knicks shopped Porzingis to Jazz for Mitchell before trade deadline

Just how desperate the Knicks front office are in prying a superstar to their lore? Before they pulled off the stunning Kristaps Porzingis deal with the Dallas Mavericks, it appears that the Knicks had bigger things in mind. Stefan Bondy of the New York Daily News reported that before the trade deadline last February, the team dangled Porzingis as a centrepiece asset to the Utah Jazz in exchange for star combo guard Donovan Mitchell.

“The Knicks tried to pry Mitchell away from the Jazz in January by dangling Kristaps Porzingis in a trade. But Utah resisted dealing its 23-year-old franchise star. As he embarrassed the Knicks on Wednesday, it was easy to see why.”

Mitchell lit up the Madison Square Garden that night, tallying 30 points and 5 assists in Utah’s 21-point victory. The Louisville product is averaging 23.6 points, 4.1 rebounds and 4.1 assists this season, and has been one of the league’s deadliest players during the crucial stretches of a game.

Make no mistake about it. The Knicks made a mess out of their draft selection in 2017 when they selected Frank Ntilikina with their 8th pick, instead of better players like Mitchell, John Collins and Kyle Kuzma.