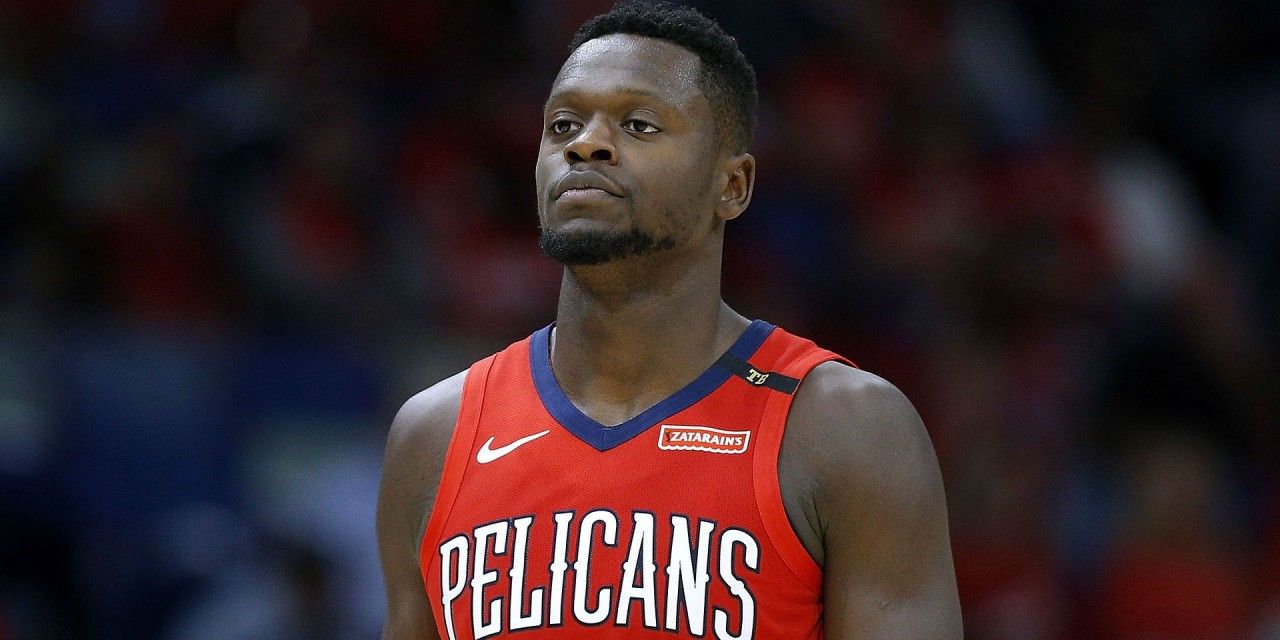 It’s becoming apparent that the New York Knicks don’t plan to strike out this time around. With the team losing ground on acquiring max superstars like Kyrie Irving or Kevin Durant this offseason, the Knicks could be setting their sights on other top-tier stars. Marc J. Spears of The Undefeated reported that New York is targeting Tobias Harris of the Philadelphia 76ers and Nikola Vucevic of the Orlando Magic among a bunch of other quality names.

Other free agents on the Knicks’ radar include their own free agent center DeAndre   Jordan, Warriors center DeMarcus Cousins and twins Markieff and Marcus Morris. New Orleans Pelicans forward Julius Randle and the Knicks also have mutual interest, according to sources.”

Vucevic has been a popular name recently, gaining the interest of rival teams Boston Celtics and Los Angeles Lakers. While it’s still a possibility that the Magic can re-sign the All-Star big man, the 28-year old stretch center could be more inclined on joining an elite contender this summer. The Knicks are not on that level just yet, but with two max contract slots and a young core headed by R.J. Barrett and Kevin Knox, the Knicks pack an intriguing potential in the Eastern Conference.

Harris, 26, has shown that he can be a main scorer in any given night. Before he was traded to the Sixers midway through the season, Harris was the Clippers’ top gunner, having averaged 20.9 points and 7.9 rebounds in that span. He is a highly-efficient scorer who doesn’t need to have the ball on his hands all the time. Other teams interested in the services of Harris are the Brooklyn Nets, the Utah Jazz and of course, the Sixers.

For Cousins, staying in Golden State could already be a foregone conclusion. The Warriors’ priority is to re-sign both Durant and Klay Thompson, and it’s difficult to imagine them offering a near-max contract to Cousins even if they strike out on Durant and Thompson. Warriors head coach Steve Kerr’s system is not really that perfectly fit for Cousins’ skills, and it’s expected that the team will go for another shooter to pair with Stephen Curry.

Still, Kerr thinks that it’s possible that the Warriors would retain Cousins, per Drew Shiller of the NBC Sports.

"I think there's a chance. I would say that the hope is that frankly he can do a lot better financially than what we could offer him. But who knows. Every year is different.

There are a lot more teams with cap room this summer. This summer's gonna be a   wild free-agent market. We have to figure out our own situation -- particularly with  Klay [Thompson] and Kevin [Durant] -- and how all that shakes out."

Cousins would definitely be a big boost for the Knicks’ young frontcourt, but there are still doubts on the risk of offering a near-max contract to a big man coming off consecutive seasons riddled with major injuries.

D’Angelo-Wolves partnership could be more real than we think

Minnesota Timberwolves star big man Karl Anthony-Towns could be rolling out with a new starting point guard next season. ESPN’s Zach Lowe recently reported that the Wolves will try to pursue D’Angelo Russell this summer, especially if the Brooklyn Nets sign Kyrie Irving, leaving Russell without a home this offseason.

"There has been a lot of Minnesota (signing) D'Angelo Russell noise. And it's not all   Karl Towns commenting on Instagram because they're friends. Minnesota has communicated to the league, not the NBA league, just the league at large that they   believe they have a pathway to get D'Angelo Russell.

I can't see what it is because they're capped out and they have all of these contracts   nobody wants, but they've communicated that."

Russell, 23, will be chased by a number of teams this summer. He posted career-high numbers of 21.1 points, 7.0 assists and 3.9 rebounds per game last season, earning himself his first All-Star selection. Rumors have it that the Nets are more inclined on acquiring Irving, so it obviously means that Russell will not don the Nets’ black-and-white threads beyond this summer.

However, the Wolves front office should be very creative in making a beeline for Russell. They are currently capped out, and with the exception of Towns, the players on the roster with massive contracts are near-impossible to trade away. Andrew Wiggins, a former top overall pick, hasn’t lived up to his billing as a max player. Even though he is averaging a decent stat line of 18.1 points, 4.8 boards and 2.5 assists per game, the five-year, $147 million contract he signed with the Wolves is just too much. The upside is that he is still young, and that his athleticism could still help him improve on the defensive end. Other Wolves players who are commanding large contracts are back-up center Gorgui Dieng (two-year, $33.5M), and veteran point guard Jeff Teague ($19M).

By trading up in the recently concluded draft and selecting combo wing Jarrett Culver, the Wolves may be hinting at moving on from Wiggins. Per Darren Wolfson of KSTP and SKOR North, Minnesota has actually approached the Nets front office on a potential sign-and-trade scenario that will involve Russell and Wiggins.

Where will Al Horford play next season?

Veteran star center Al Horford pulled off a bit of surprise when he declined his player option for the Boston Celtics that officially made him an unrestricted free agent this summer. It was a stunner in a way that many of us believed Horford would have the lone leadership role in the wake of an Irving exit. However, Horford opted out, and Marc Stein of The New York Times now believes that the versatile big man will command a $112 million contract from interested teams.

“Numerous teams and agents believe Al Horford has a four-year offer awaiting him in free agency worth an estimated $112 million. Sources with knowledge of the Mavericks’ thinking continue to insist that such a deal will NOT be coming from Dallas. Free agency starts in eight days.”

While Horford’s preferred destination remains a mystery, Stein also reported that we could now cross out the New Orleans Pelicans from that list. The Pelicans have positioned themselves as a player in the upcoming free agency, and one of their team needs is a capable big man.

“Sad news, @BillSimmons. I've been strongly advised, in the wake of our pod, that New Orleans is NOT the stealth suitor in the Al Horford Sweepstakes. Our search  for Horford's destination continues ...”

Darren Hartwell of NBC Sports Boston also reports that the Philadelphia 76ers, Houston Rockets, Los Angeles Lakers, and the Los Angeles Clippers are speculated as the interested teams in the services of Horford. Among those teams mentioned above, the Rockets and the Clippers are the squads in dire need of Horford’s unique skill set. With James Harden and Chris Paul already in place, Horford could easily fit in the Rockets’ starting five. Recent reports also have it that Houston has put young budding center Clint Capela on the trading block, along with sharpshooter Eric Gordon and defensive ace P.J. Tucker.

For the Clippers, they have an intriguing young roster led by veteran gunner Lou Williams. Shai Gilgeous-Alexander has the opportunity to build up on his impressive rookie year, with incoming sophomore shooting guard Landry Shamet doing the same. Arguably their glue guy, combo big man Montrezl Harrell could be showing us a much-improved perimeter game next season. Horford’s versatility on both offense and defense should bode well with the team-oriented system that Clippers head coach Doc Rivers always employ.