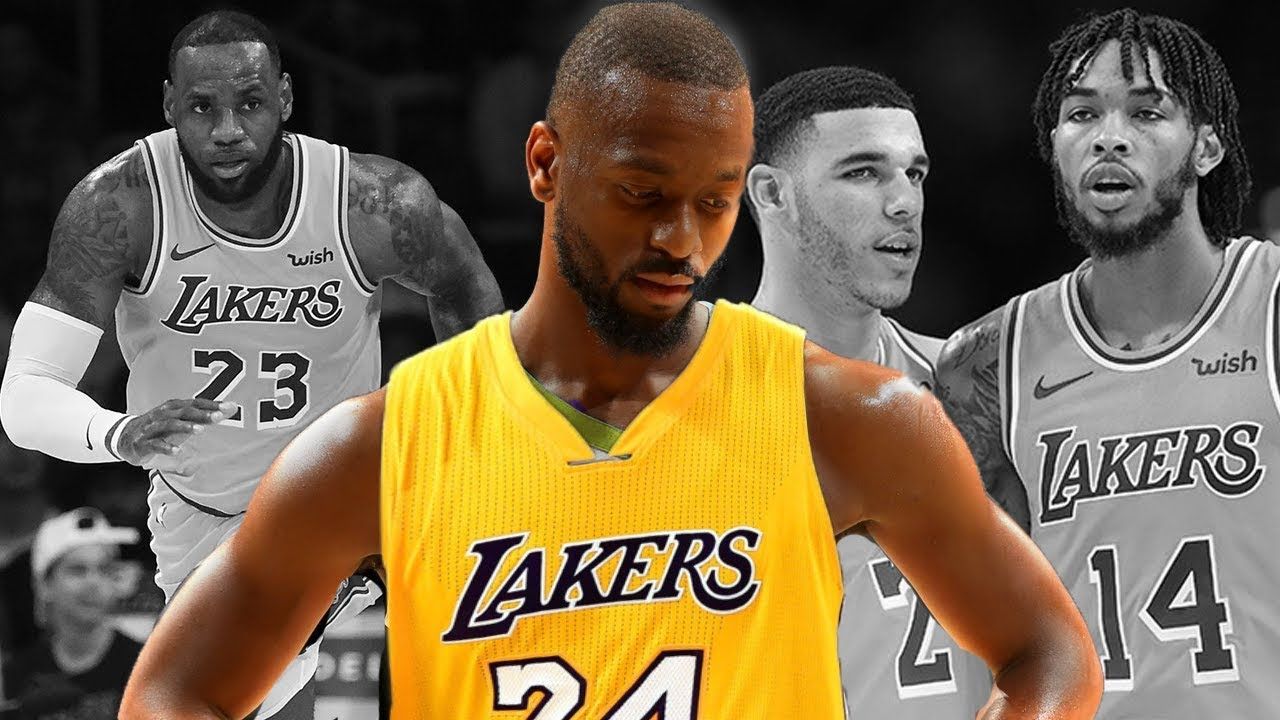 Kemba will be Lakers’ top priority in free agency

In the wake of the Los Angeles Lakers finally pulling off a deal for the services of six-time All-Star Anthony Davis, Marc Stein of The New York Times reported that the Lakers will be pursuing Charlotte Hornets star and unrestricted free agent Kemba Walker to fill the role of the third star for the Lakeshow.

“Kemba Walker will be a top target in free agency for the Lakers after they reached an agreement in principle to trade for Anthony Davis, according to league sources.”

Walker, who posted career numbers of 25.6 points, 5.9 assists and 4.4 rebounds per game this season, is a three-time All-Star who earned a starting spot in this year’s All-Star game. A spitfire guard who can create his own shots from almost everywhere on the court, Walker has never had much team success in his career as the Hornets have failed to surround him with an elite supporting cast. Having just turned 29 years old this year, it might be time for the star gunner to turn his sights towards the Larry O’Brien trophy, and the Lakers might be the best place for him to do that.

With Davis, Kyle Kuzma and LeBron James manning the frontline for the most storied franchise in league history, the team is now in need of a formidable backcourt player and Walker should fit that bill. While Kemba is very much used to having the ball on his hands almost all the time, he is also an excellent shooter from beyond the arc and has also been adept in cutting down the lane for off-ball scoring opportunities.

However, Rick Bonnell of The Charlotte Observer recently said that there are doubts as to whether Walker is inclined on living the Los Angeles lifestyle.

“FWIW: Someone who knows Kemba well has told me repeatedly he doubts Kemba   would find living in Los Angeles particularly appealing. I’m sure this person has   good cause to surmise that, but I still think the Lakers are now a huge threat to  convince Kemba to sign there.”

Walker also reiterates that he still intends to re-sign with the Hornets even if the team’s top brass won’t give him the supermax deal. By being named to the All-NBA third team this season, Walker has earned the eligibility to sign a supermax contract. Still, it will be difficult to imagine the Hornets contending for a championship with the roster that they have right now. Even if they succeed in enticing Walker to stay with the team with a less supermax deal and sign a mid-tier free agent, they might still miss the playoffs especially now that the power is slowly building up in the Eastern Conference.

Butler to talk with Heat in upcoming free agency

Jimmy Butler could be with another team this offseason, his third in a span of a single year. The Philadelphia 76ers will still be there to court him to re-sign, but the Miami Heat could be a source of interest for the two-way superstar, per Tim Reynolds of The Associated Press.

“Jimmy Butler has told confidants that if Miami wants to talk on or after June 30 he would certainly - and happily - listen, according to a person with knowledge of the situation.

(Of course, the “how would Miami have the $$$” portion of this equation remains most unclear.)”

With him opting out of his player option to sign a new, more lucrative deal, it is expected that a number of contending teams will come knocking on Butler’s door. With Pat Riley at the helm, the Heat has never intended to enter a rebuilding process even when their stars bolted out the gates. With Dwyane Wade finally entering retirement, the Heat will be looking for another transcendent star to build their roster around.

But that will be really difficult for the Heat to accomplish this summer. Their salary book is fully-occupied with numerous bloated contracts, and point guard Goran Dragic and center Hassan Whiteside are now reportedly opting in on their player options. Unless they get very creative and dump the bloated contracts to other teams, they don’t have the financial flexibility to sign Butler.

Butler’s interest in Miami stemmed from the fact that the Heat was his preferred trade destination before the Minnesota Timberwolves shipped him to the Sixers instead. Looking back to last year, ESPN’s Adrian Wojnarowski reported that the Wolves and the Heat were about to pull off a trade for the 29-year old defensive ace.

Butler would have been perfect for the Heat’s no-nonsense culture and system. Heat head coach Erik Spoelstra has always shown a liking towards wing players who are excellent on the defensive end, and can also create shots on offense.

Is Kyrie really headed to Brooklyn?

Much has been said about how befuddling Kyrie Irving’s mind is on his upcoming free agency decision, but there could be a light in the tunnel already. ESPN’s Adrian Wojnarowski reported that the Boston Celtics star point guard has signed with Jay-Z’s Roc Nation Sports, prompting rumors that he may also be headed to the Brooklyn Nets,

Irving parted ways with longtime agent Jeff Wechsler on Wednesday, clearing the   way for him to ultimately work with Jay-Z's Roc Nation prior to the start of NBA free agency on June 30, sources said.”

Jay-Z is a former co-owner of the Nets franchise before he sold his stake in 2013. Still, the famous musician remains a fixture in Brooklyn games, and could be playing an important role on how the Nets recruit stars to play for them.

With Kyrie’s new partnership with Roc Nation, it could be the platform that would tilt the combo guard’s decision to play for the Nets, per Steve Bulpett of the Boston Herald.

“According to a source with ties to Roc Nation, the organization expected to become Irving’s new representative, the All-Star point guard is prepared to sign with the   Brooklyn Nets when he becomes a free agent next month. A separate league source   told the Herald that his team (not the Celtics) has received the same information  and is operating under the belief that Irving wants to join the Nets.”

Kyrie has had an eventful two-year stint with the Celtics that spelled out more questions than answers. He was sidelined by an injury during the 2018 playoffs in which Al Horford and his younger teammates went on a deep run and were just a win away from making it to the NBA Finals. This year, the Celtics ultimately disappointing year ended in a semi-final exit at the hands of the Milwaukee Bucks, prompting concerns that even with the star power that Kyrie gives, the Celtics’ team chemistry may be better off without him.

However, there are still rumblings that the Lakers may be a destination for the 27-year old star. LeBron and AD need a backcourt star to help them form a deadly Big 3 at Los Angeles, and they might be looking at Kyrie or Kemba Walker to fill that need. Sam Amick and David Aldridge of The Athletic had separate reports on a possible Kyrie-LeBron reunion, both leading to conclusions that the Lakers could have a deadly trio at their helm.

Amick: “Just days before the Davis deal was done, a source close to James indicated some optimism that – Nets noise be darned – Irving was still in play for the Lakers.”

Aldridge: “Whether it’s Kemba Walker, whom the New York Times’ Marc Stein     reported as a potential Lakers target, or Kyrie Irving, whom sources have maintained  for months wants to play with Davis, someone dynamic will likely be on the ball next season in L.A.”

It could be traced that the Celtics wanted a trade for the services of Davis, with Kyrie’s re-signing as an important part of their pitch. But with their belief that Irving is already a step out the door, and the fact that Davis’ agent Rich Paul has emphasized that the star center will not re-sign with the Celtics next year, talks of a potential Kyrie-AD duo at Boston came to a halt.