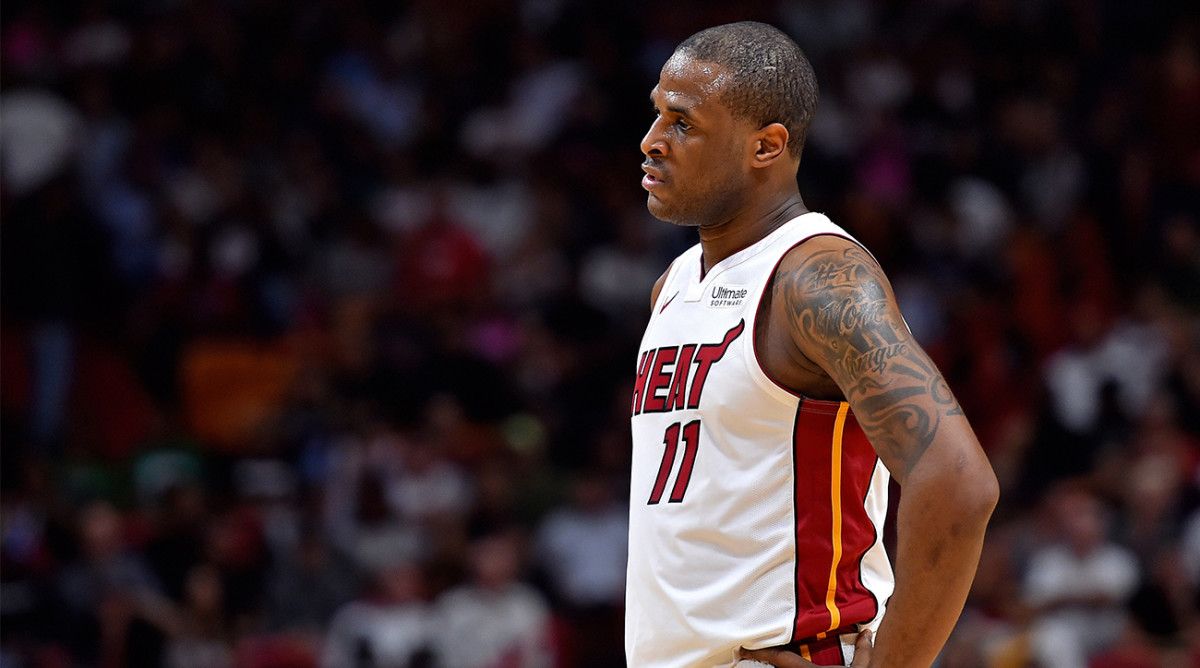 Lakers still in pursuit of Waiters

The frontrunners of the Western Conference are set on bringing in another quality player to add to their roster depth. Chris Haynes of Yahoo Sports reported that the Los Angeles Lakers have set up another meeting with free agent shooting guard Dion Waiters. The date for the meeting is set at March 2 as Haynes pointed out that the Lakers will first gauge who will be the players that will get bought out before the appointed date.

Waiters is going through a season marred with off-court issues. The flamboyant guard was suspended by the Miami Heat for criticizing head coach Erik Spoelstra, then suffered an anxiety attack when he had an overdose of “gummy bears” while on the team’s plane. He was then shipped by the Heat to the Memphis Grizzlies as part of a multi-player trade with three-time champion veteran Andre Iguodala as the centrepiece. The Grizzlies apparently wanted no part of Waiters, waiving him as soon as the trade papers were complete.

Still, Waiters can score the ball at will. He can drive to the basket whenever he wants to, and he can pull back and shoot the long-range jumper on a consistent basis. Last season, Waiters logged in 25.9 minutes per contest and normed a decent stat line of 12.0 points, 2.6 rebounds, 2.8 assists and a solid 37% clip from the three-point line.

As per an earlier report from ESPN analysts and insiders Adrian Wojnarowski and Brian Windhorst, the Lakers are indeed interested in trying out Waiters.

“In the near future, the Lakers are expected to have an exploratory conversation with Dion Waiters, league sources said. Lakers president and GM Rob Pelinka previously represented Waiters as a player agent.

The Lakers are canvassing the league for a playmaking guard and considering several possibilities, which include waiting to see who else might become available in the buyout marketplace. As the Lakers had with free agent Dwight Howard, there needs to be a feeling-out process on Waiters’ state of mind after the tumultuous  ending to his Miami Heat career, the sources said.”

Of course, it also helps that Waiters is now represented by Klutch Sports. LeBron James, Anthony Davis and Kentavious Caldwell-Pope are all under this agency, so this might be the solid connection that Waiters need for him to get this golden opportunity to chase a championship with a perennial contender.

But it is not only Waiters’ condition and mindset that are being factored into in this potential tie-up. The Lakers already have a bevy of quality backcourt players on their rotation. It is a sure thing that no one can mess with the minutes of Danny Green, a sweet-shooting veteran who is also a proven winner in the playoffs. After enduring shooting woes at the start of the season, Caldwell-Pope has bounced back and his excellent defense has earned him more minutes off the bench. Alex Caruso has proved to be a great all-around player. Should the Lakers indeed sign Waiters, they might have to look into reducing the minutes of veterans Avery Bradley and Rajon Rondo.

The Lakers just signed stretch forward Markieff Morris last week and waived injured former All-Star DeMarcus Cousins to free up a spot in the roster. The team reportedly engaged in conversations with free agent point guard Darren Collison, but the latter eventually decided to stay in retirement this season.

Aside from Waiters, there is still a plethora of good free agents on the market. Isaiah Thomas was recently bought out after being shipped to the Los Angeles Clippers. Veteran gunner and LeBron’s 2016 Cleveland Cavaliers champion teammate JR Smith is still without an NBA home, so James might try to endorse his former teammate as well.

While there was already a high level of expectations that Kevin Durant would jump ship and build a new storyline last summer, the Golden State Warriors front office still believed that the two-time Finals MVP will stay in the Bay Area. However, Durant said his goodbyes to the Dubs and then joined the Brooklyn Nets to team up with close friend Kyrie Irving.

But as for Warriors team owner Joe Lacob, he still does not understand as to why KD left. While he reiterated that he didn’t have any bad feelings towards the superstar forward, Lacob pointed out that they have built a winning culture within the organization, an essential factor that will prove to be difficult for stars to pass up on. Here are Lacob’s comments on the issue during an appearance on 95.7 The Game:

“And by the way, I don’t get mad, the other side of the coin, I can’t get mad when Kevin Durant, who I felt pretty close with, decides he’s going to leave.

Which, to me, made no sense. Like, you’re the best organization, I hope he thinks, in the world… Winning. Other great players. The new Arena. To me, there was like every reason in the world to stay, but I’m not going to be mad at him because it’s his life. And he earned the right and for whatever reason he decided he wanted to leave.”

Of course, the champion owner emphasized that there will always be a business side on the game of basketball. It is still tough to let go of players whom he has treated like family, but Lacob is not bent on making things personal.

When he bolted out to the bright lights of Brooklyn, Durant acknowledged that he needed to change things up. He even put more spice to the matter when he stated that he felt “different” from the rest of the Warriors players. During an exclusive interview with J.R. Moehringer of Wall Street Journal, Durant admitted that he was never fully accepted as a Warrior.

“I came in there wanting to be part of a group, wanting to be part of a family, and  definitely felt accepted. But I’ll never be one of those guys. I didn’t get drafted there ... Steph Curry, obviously drafted there. Andre Iguodala, won the first Finals, first  championship. Klay Thompson, drafted there. Draymond Green, drafted there. And the rest of the guys kind of rehabilitated their careers there. So me? Shit, how you  going to rehabilitate me? What you going to teach me? How can you alter anything in    my basketball life? I got an MVP already. I got scoring titles.

As time went on, I started to realize I’m just different from the rest of the guys. It’s not a bad thing. Just my circumstances and how I came up in the league. And on top of   that, the media always looked at it like KD and the Warriors. So it’s like nobody could [give] a full acceptance of me there.”

KD’s decision to leave came at the heels of the Dubs losing to the Toronto Raptors in the 2019 NBA Finals. They were two wins away from the coveted three-peat, and who knows what Durant’s decision will be if they had won that series. There were rumors that the Warriors wanted Durant to recover quickly from the calf injury he suffered in the second round of the playoffs, but the former MVP already countered those speculations by saying that the team never pressured him during his recovery process.

Durant eventually came back in Game 5 of the finals, only to suffer a major Achilles injury. The 10-time All-Star forward is still recovering from that injury, forcing him to probably miss his entire first year with the Nets. Despite his absence, the Nets are still sitting on the 7th seed in the Eastern Conference, although it remains to be seen if they could keep it going with Irving having recently gone through a season-ending surgery on his shoulder.

As for Lacob and the Warriors, this year has been a far cry from their usual dominance. They currently have the worst record in the league with a 12-47 slate as star backcourt partners Stephen Curry and Klay Thompson are out with injuries. However, the Dubs are poised to become elite contenders again next season with the return of their stars and probably a Top 5 draft pick on their disposal.