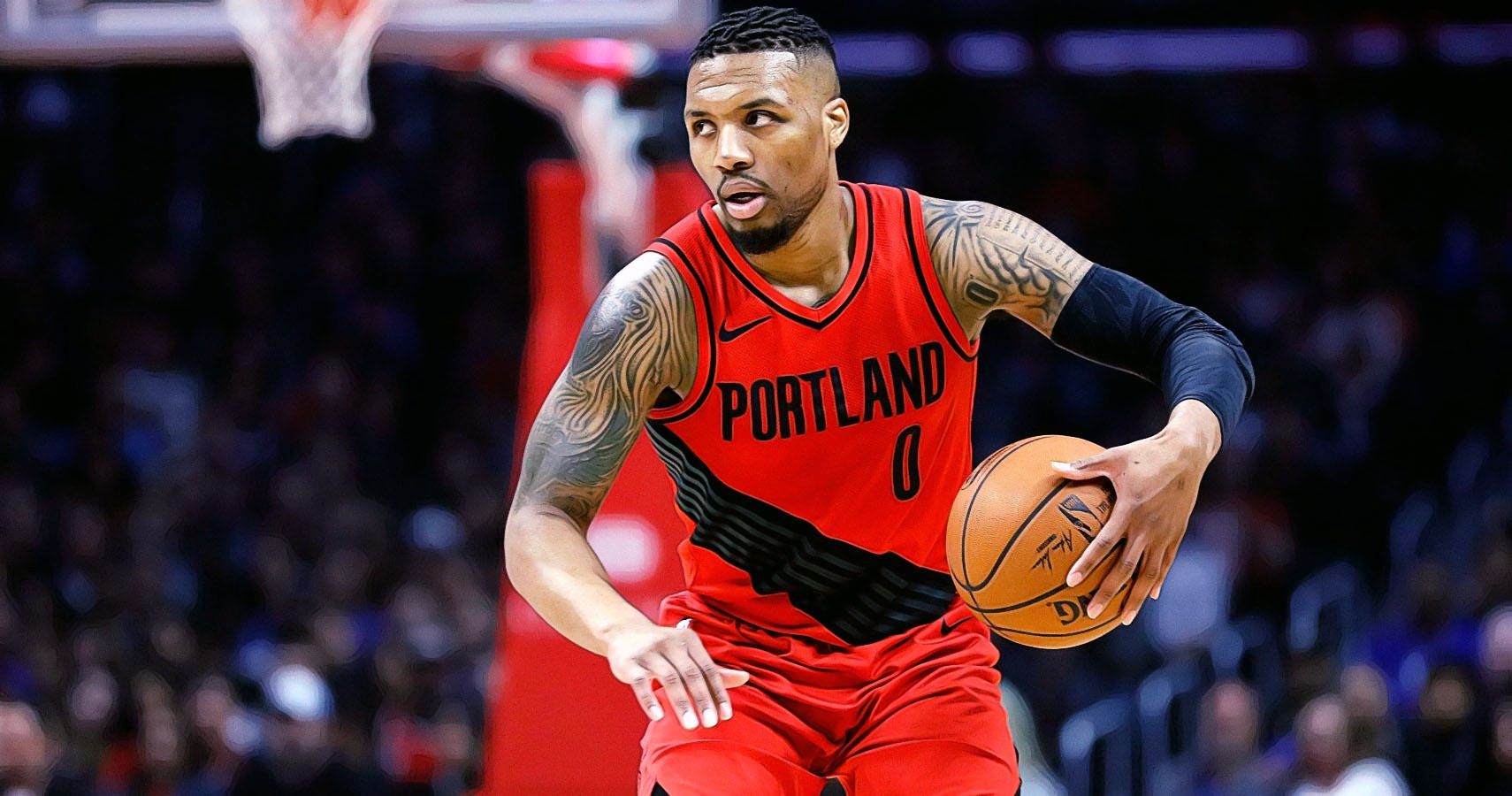 Despite winning three championships in the last four years, there’s still a cloud of uncertainty on the Golden State Warriors’ future especially with All-Stars Kevin Durant, Klay Thompson and DeMarcus Cousins set to enter unrestricted free agency this summer. Of those three big names, Durant is the most likely to leave in the offseason while Cousins could be a staple to demand a massive contract now that teams are sure that his Achilles injury is a thing of the past. Anyway, it’s impossible for the Warriors to retain all those three players.

To add more spice to the mix, even people inside the Warriors’ lore have no idea on how Durant will approach his impending free agency, per Frank Isola of The Athletic.

“Everyone wants  him to stay. There’s not much more we can sell him on. If he leaves, we’ll think of it as being lucky to have him for three great years.”

With that said, Marcus Thompson II of The Athletic predicts that the defending champs could already be looking to extend their dynasty reign even if Durant leaves. So, how would they do it? By courting the Greek Freak himself, Giannis Antetokounmpo of the Milwaukee Bucks.

“It’s gotta be Giannis now,” wrote Thompson. “After Durant wears the crown this   summer, Giannis will be the league’s next huge free-agent target, with his current   Milwaukee deal set to expire in July 2021.

Curry, Giannis and Klay Thompson: that’s a viable reset if Durant leaves. It’s possible. It would first require Giannis wanting to play with the Warriors.

Tell me you didn’t get a sense he’d want this from the All-Star festivities.”

Antetokounmpo, arguably the leading candidate for the Most Valuable Player award this season, will become an unrestricted free agent in 2021 after signing a four-year, $100 million contract with the Bucks in 2017. While this is still a far-fetched possibility, don’t count out the Warriors’ ability to lure superstars to their lore. Just ask Durant and Cousins on that matter.

Will the Celtics put everything on the line for Anthony Davis?

There’s literally nothing that we can do to douse water to the fire that is the impending free agency in the summer. Boston Celtics superstar point guard Kyrie Irving recently set his thoughts straight on how the media and fans have put a lot of meaning on a recent video catching him and Warriors star Kevin Durant talking before the All-Star game. But the truth is, Kyrie’s next business moves could be the starting point at which all dominoes in his free agency class will fall.

Anthony Davis, one of the most talked-about stars in the league following his widely-documented trade demand from the New Orleans Pelicans, has listed the Celtics as a preferred destination if he will be traded in the summer. Fox Sports’ Chris Broussard was asked if Celtics general manager Danny Ainge is willing to put everything on the line to acquire Davis from the Pelicans. Here’s Broussard’s response:

"It all depends on Kyrie Irving. If Kyrie re-signs, then Danny Ainge goes all in and Jayson Tatum is on the block. If Kyrie leaves, I wouldn't give up the farm for AD."

Should both teams enter trade negotiations, the Pelicans would certainly want a young, budding but surefire star in exchange for Davis. Tatum, an impressive sophomore forward averaging 16.5 points and 6.3 rebounds per game this year, definitely fits that bill. Aside from that, the Celtics should also part ways with another excellent young stud like Jaylen Brown or Terry Rozier, combined with a player that could match Davis’ large salary to make this trade work.

Could this be too much for Boston to offer for the services of another superstar? We could argue that AD hasn’t had an outstanding supporting cast in his stint with the Pelicans, and the closest he was to winning it all was sweeping the Portland Trail Blazers in the first round of last year’s playoffs. The Brow’s ability to win and eagerness to lead a team should be factors that Boston should look into before giving it all up for the Pelicans star.

A pair of excellent frontline players bought out by their former teams have found new homes as the NBA enters the stretch run to the playoffs. Enes Kanter has signed with the Portland Trail Blazers, currently the 4th-ranked team in the Western Conference. The team ahead of them in the standings, the Oklahoma City Thunder, also made a contending play as they nabbed stretch forward Markieff Morris from the buyout market.

"Kanter said he chose the Blazers over LeBron James and the Lakers — his other  finalists — because of his connection to and history with the organization, and fit.   The tipping point, Kanter said, came when Lillard texted to recruit him, after which he decided “this is the best place that I can be.”

Kanter is averaging a double-double this season with 14.0 points and 10.5 rebounds per game for the New York Knicks. Despite his impressive production, the Knicks have opted to field in their younger guys, forcing Kanter to demand a trade or a buyout from the team.

For the Thunder, acquiring Morris could be another important piece to the puzzle. With Paul George arguably playing the best season of his career, and Russell Westbrook becoming more unselfish as ever, adding an outstanding stretch big man in Morris will be valuable for the Thunder especially in the playoffs. Morris averaged 11.5 points and 5.1 rebounds in 26.0 minutes of play per game for the Washington Wizards.

Lillard is here to stay in Portland

With the growing bunch of superstars demanding trades from their teams and signing with playoff teams to link up with other All-Stars, Damian Lillard says that he is not into that trend, via the Posted Up With Chris Haynes podcast of the Yahoo Sports.

”I do want to win a championship but it’s other stuff that means more to me. It’s almost like I’m not willing to sell myself out for that.”

Lillard, who has earned another All-Star berth with impressive numbers of 26.3 points, 4.5 rebounds and 6.4 assists per game this season, will be a free agent a couple of years from now. The Blazers have been hovering in the middle pack of the Western Conference for years now, and they have not had any playoff success so far. With the Golden State Warriors and the Denver Nuggets playing incredibly good this year, the Blazers might be headed to another postseason disappointment.

Lillard would also reiterate that he understands why his fellow All-Stars would leave their team and join a big-market team like the Knicks or the Lakers, per Stefan Bondy of the NY Daily News.

“For sure. I think when we travel and we come to New York, when we come to L.A., all the cities that you go to, you land in certain spots and you’re like, ‘Man, I like this city. You look forward to going there for whatever reason. I like shopping here, you know what I’m saying.

“And L.A., it’s close to home, a lot of my friends live there, it’s good weather. Nice spots to go eat dinner. They got a live DJ. There are things about it that you like. So when you have free agents, those are the things they think about.”

Indeed, there are factors affecting free agents’ decisions outside the obvious reason of having an easier path for a title run. And obviously, there are easier ways for Lillard to capture an elusive championship trophy outside of staying as a Blazer. Good thing for Blazers fans though as their All-Star point guard has that old school mentality and an unwavering desire to personally bring home the Larry O’Brien trophy to the city of Portland.