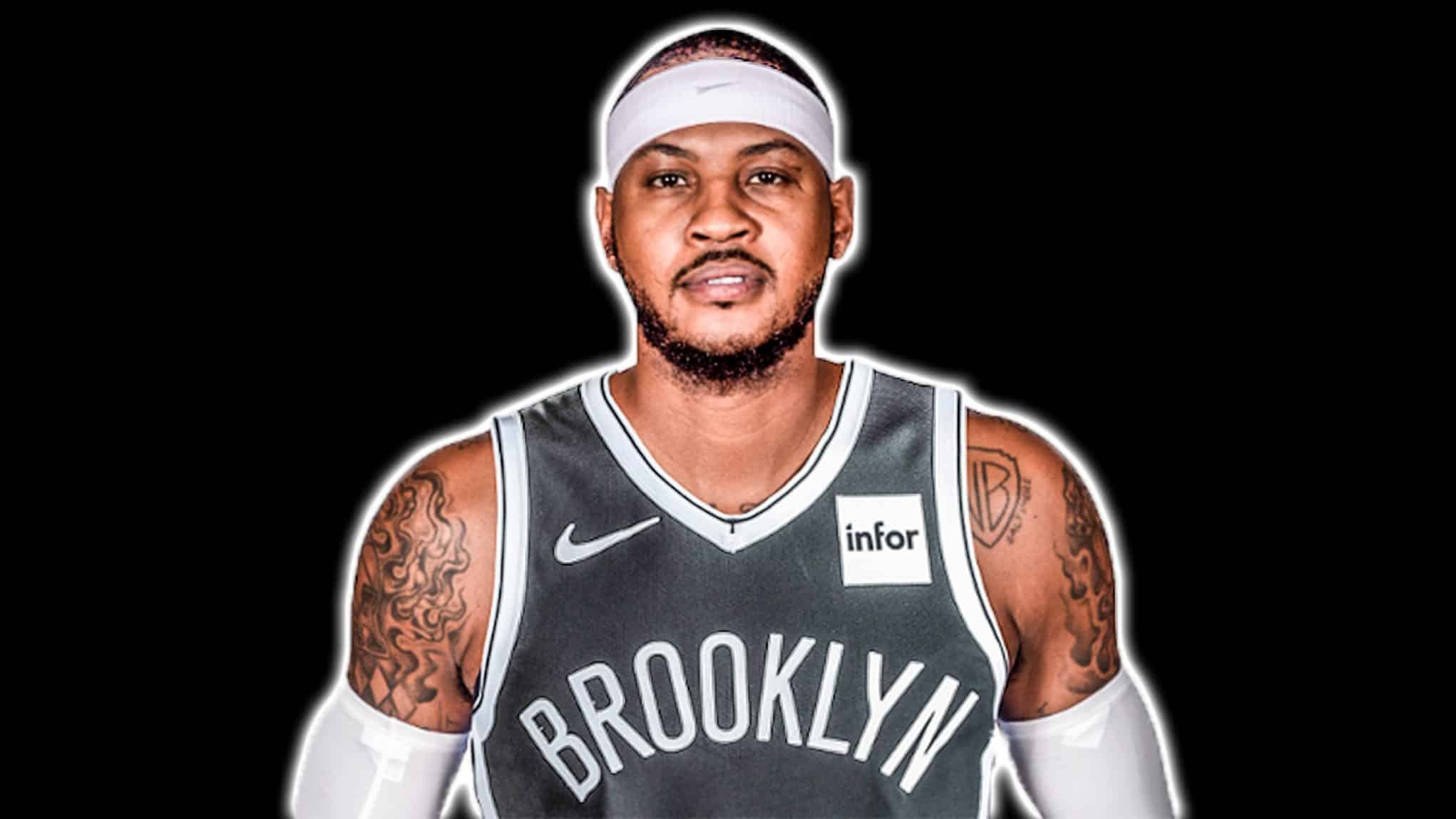 If Carmelo Anthony wants another shot at playing under the bright lights of New York, it won’t be with the Nets. Howie Kussoy of the New York Post reported that Brooklyn has brought in ex-Knick Lance Thomas, a 6-foot-8 combo forward who also served as team captain for the Knicks. The 31-year old forward will be entering his ninth year in the league, and has career averages of 5.2 points and 2.6 rebounds, including a solid 38% clip from three-point territory. Thomas expressed his excitement in playing for Brooklyn, his beloved home town.

“That was always something I was hoping it would happen. I was there for five years. It didn’t. This is a business. I think nothing but the world of those guys over there. I’m moving forward, and happy I had the opportunity to stay in New York.”

Thomas spent the first three years of his NBA career in New Orleans, before signing with the Oklahoma City Thunder in 2014. However, a mid-season trade saw him joining the Knicks, where he spent the last four years. Lance’s ability to be an excellent 3-and-D player will be much-needed by the Nets, especially with Kevin Durant not expected to suit up this season. Thomas can also play both forward positions, a valuable asset in today’s positionless basketball.

With this recent acquisition, it has now become more unlikely that the Nets will consider Carmelo for a roster spot. Kussoy points out that Thomas is already the 20th player in the Nets’ training camp. However, Thomas says that Melo still has what it takes to contribute to any team, especially with how the veteran All-Star is keeping his body in shape.

“I think it’s the best his body looks. He has the first step back. It looks like he’s having fun playing the game again. I think he deserves to end up on a team. A guy of his caliber, someone whose always been a stand-up guy in the league, given amazing basketball memories to the NBA, has affected almost every teammate he’s had in a positive way. It’s unfortunate what’s happening.

I think the world of him and he does deserve a chance to be able to lace them up again.”

Indeed, Anthony has been taking care of his body despite the long lull of not playing in the NBA. This offseason, he is seen working out and playing pick-up games with players and stars in the league. Melo is still up there in the current elite scorers list, and his deadly perimeter game should be a great asset for a contending team if utilized properly. A lot of big NBA names and figures have been pushing for teams to take a closer look on Carmelo, and two of those are Durant and Kyrie Irving, per The Athletic’s Frank Isola.

“The Brooklyn Nets remain interested in potentially signing Anthony, who recently trained with a group of their players in Los Angeles, including Kyrie Irving. In fact, one source told The Athletic that Irving and Kevin Durant, who both joined the Nets in July, are "pushing" the club to sign Anthony.”

Last season, Anthony played only 10 games for the Houston Rockets before being waived by the team. He has been on a search for a new home in the league since then. Reports point out that he did not accept a role coming off the bench for the Rockets, leading to their separation. Moreover, there’s the case that Anthony doesn’t exert effort on the defensive end, one of the few liabilities in his Hall of Fame-caliber resume. But there are also other superstars who don’t put too much activity on defense, not to mention that a solid and well-planned defensive scheme can easily make up for individual defensive weaknesses.

All of these facts point out that teams are unsure on how helpful Anthony’s presence will be on the court and inside the locker room. The 35-year old star has already crossed out any attitude problem speculations by saying that he is now willing to accept any role given to him. Of course, that is easy to say and we will still keep tabs of that when he finally joins an NBA team.

Warriors and Grizzlies were interested in signing Lakers’ Caruso

Alex Caruso is steadily gaining attention and respect from the league. This summer, the Los Angeles Lakers re-signed him to a two-year, $5.5 million deal, the first guaranteed contract of his career. But it turns out that the Lakers weren’t the only ones trying to acquire Caruso’s services. Bleacher Report’s Leo Sepkowitz reported that a lot of teams considered offering him Caruso a contract, including the Golden State Warriors and the Memphis Grizzlies

“The Golden State Warriors, prior to him re-signing with the Los Angeles Lakers, reportedly had interest in third-year guard Alex Caruso.

This summer, Caruso hit restricted free agency, granting him negotiating power for the first time in his pro career. About a dozen teams showed interest in him, including the Warriors and Grizzlies, but he chose to wait as the Lakers maneuvered the cap and the Kawhi Leonard sweepstakes. Caruso followed along closely—where else?—on Twitter.”

This is just pure evidence that Caruso is not just a crowd favourite in Los Angeles. He averaged a decent stat line o.f 9.2 points, 2.7 rebounds, 3.1 assists and 1.0 steals per contest last season. His highlight last season came at the expense of the Clippers, when he put up 32 points on five three-pointers, and 10 rebounds, 5 assists and 2 steals. Caruso packs a borderline elite athleticism in his skill set, and has a good perimeter game to go with it. Most importantly, the 25-year old combo guard also showed that he can play good defense, an essential asset to a championship-hopeful team like the Lakers.

“Alex has looked really good. He’s everything we thought. He impacts the game on  both ends of the floor, he’s got great instincts. If he’s getting pressured, he’s going to pass and inside-cut.

He’s been dinged up a couple times and kind of showed his toughness at shaking things off, like a ‘that’s not going to keep me out’ type of thing. He’s had a good camp.”

However, a consistent role on the rotation is still something that Caruso has to fight for throughout the season. Although the Lakers don’t have a real natural point guard other than Rajon Rondo, we should take note that James will be running full-time on the point guard position. The Lakers have a bevy of shooting guards to surround James such as Danny Green, Kentavious Caldwell-Pope, Avery Bradley and Quinn Cook. We could make a case that Caruso is on par with those names in terms of court smarts and defense, but he also needs to develop a consistent three-point shot to be a part of Vogel’s rotation.