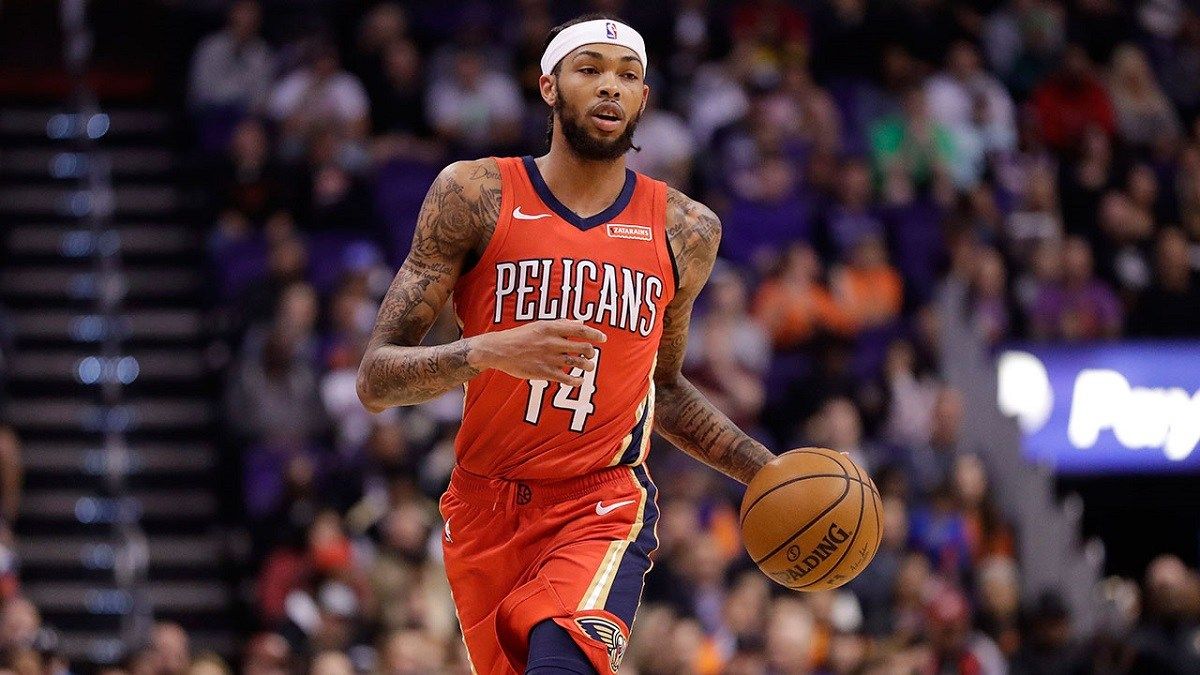 New Orleans Pelicans young star Brandon Ingram has made the inevitable jump from good to great, and it is expected that he will reap the rewards of his hard work. Ingram notched his first All-Star selection this year as he normed all-around numbers of 24.3 points, 6.3 rebounds and 4.3 assists for his new team. His jump to a starring role has long been expected of him ever since he was drafted by the Los Angeles Lakers in 2016, and he is doing it in a very efficient way.

Ingram’s drastic improvement comes in the best timing possible. The 22-year old star is set to enter restricted free agency this offseason, and it is widely expected that he will be one of the few max players available in the shallow 2020 FA class. Danny Leroux of The Athletic wrote about the factors that make Ingram a max-worthy player at this point of his career.

“There are no clear already established All-NBA superstars in this wing class, but Brandon Ingram (23) stands out as by far the most likely to get his maximum either through an offer sheet or just re-signing directly with the Pelicans. The forward blossomed in his age-22 season, scoring 24 points per game with a remarkably efficient 59 percent True Shooting, by far the best of his career. The real eye-opener was Ingram’s three-point shooting because that makes him a better fit on a variety of  teams and makes a lucrative offer sheet a virtual certainty.”

Ingram is putting up career-best performances in the scoring, rebounding and passing columns this year, while also improving his shooting efficiency. He is producing a solid 39% clip from three-point territory, but it is in the free throw line that he has put in an incredible improvement. From averaging around 60% in the charity strip for the first three years of his career, Ingram has upped his percentages to a stellar 86% clip.

The very noticeable improvement that the Duke product showed this season makes him an all-around scorer who will be very difficult to defend. Ingram has always had an excellent inside-outside game, and his continuous growth as a facilitator is cementing his place as one of the best young multi-dimensional offensive players that we have in the league.

When people talk about the 2016 NBA Draft, Ingram’s name has always been hidden behind Philadelphia 76ers star Ben Simmons. Even with Simmons redshirting the whole season, Ingram did not even win the Rookie of the Year award as Malcolm Brogdon edged him out on that plum. But as soon as Simmons made his debut in 2017, his stardom drowned out Ingram’s year-by-year progress as a scorer and as a playmaker.

But now that Ingram has an All-Star appearance on his resume, there may even be a case that he has already overtaken Simmons in terms of overall skill set. It is not a knock against the talent and the potential that Simmons has, but it just says a lot about Ingram’s growth as an all-around star.

As for the Pelicans, re-signing Ingram should be a no-brainer. Along with Lonzo Ball and rookie Zion Williamson, the Pelicans have one of the best young cores in the NBA. Chris Fedor of cleveland.com says that the possibility of the Cavaliers nabbing Ingram is very low as it is expected that the New Orleans front office will match any offer sheet given to their young budding forward.

“The potential restricted free agent market dried up with contract extensions for Buddy Hield, Domantas Sabonis, Jaylen Brown, Dillon Brooks and others this season. The one restricted free agent with appeal is Brandon Ingram. Multiple sources expect the New Orleans Pelicans to match any offer sheet. So, that path, one that changed with the Drummond addition, is no longer available.”

If the Pelicans secure Ingram’s services for the years to come, they will be a scary team to go up against but a fun and exciting group of two-way players to watch. With main star Jrue Holiday in the peak of his career, the growth of the team’s young core will be the deciding factor if they could make the next step and be an elite contender in the Western Conference.

Even though they have a losing record of 28 wins against 36 losses, it still does not feel like it is a failure of a season for the Pelicans. They were able to hold their own without Zion for the most part of the year, but the team plays at a unique level when the uber-athletic rookie is on the court. Combine that with the recent increase in production from Lonzo, the Pelicans were finding their groove before the league called for the suspension of games.

David Griffin, the team’s executive vice president of basketball operations, is happy in seeing the direction that they are headed to. Griffin emphasized that the team is growing not just on the court, but also in how they approach their individual development and collective team effort, as per nba.com’s Jim Eichenhofer.

“We wanted to play meaningful games coming down the stretch, and I think we very clearly were in a position where we were going to play meaningful games. We had seven games scheduled against the teams that were closest to us in the standings. We were certainly going to find out what we had on the floor. In aggregate, we didn’t get to experience what we hoped when the season was called, but off the court, we were more successful than we had any right to be.”

Aside from Ingram, the Pelicans also have expiring contracts from some of their key cogs. Shooting guard E’Twaun Moore and back-up center Jahlil Okafor will become free agents in the offseason, as well as soon-to-be restricted free agent Frank Jackson. Jackson has also shown some progress in his overall impact to the game, but it will be difficult to imagine the Pelicans front office committing a lot of money for him. If they can’t afford Jackson, the team still has the up-and-coming point guard Nickeil Alexander-Walker to lean upon for the back-up point guard position.

Although he has not exceeded the lofty expectations of being a lottery pick, Frank Kaminsky has always been a quality role player throughout his five-year career. This season, he has assumed a sixth man role for the Phoenix Suns and has thrived in it. Kaminsky is putting up 11.0 points, 4.9 rebounds and 2.2 assists while only logging in 22.4 minutes per contest.

However, a stress fracture in his knee has impeded his productive campaign for the Suns as he has been in recovery since the new year. It is indeed a very frustrating setback for Kaminsky, especially considering that he will be a free agent this offseason. It is a chance for him to finally earn a big payday, but Kaminsky knows that he has done a great job fulfilling his role for the Suns.

During a recent episode of his own podcast, Pros and Joes, Kaminsky also reiterated that it is his desire to play in Phoenix beyond this current season.

“I just like playing basketball. If I feel like I am capable of going out there and playing at least somewhat of a role, I gonna do it. And, I did it. I shouldn’t have, but I did it. And you live with the decisions you make.

I’m starting to get more and more comfortable. I really do love it here. And I hope that one day this can be a place that I’ll be for a very long time. And I want to make it that so badly.”

With his potent long-range shot and his ability to also make plays for his teammates, the 27-year old combo big man will certainly attract tons of interest from other teams. The 2020 free agency class does not pack a lot of big names, but there is a bevy of quality role players like Kaminsky who can be game-changers for contending teams.