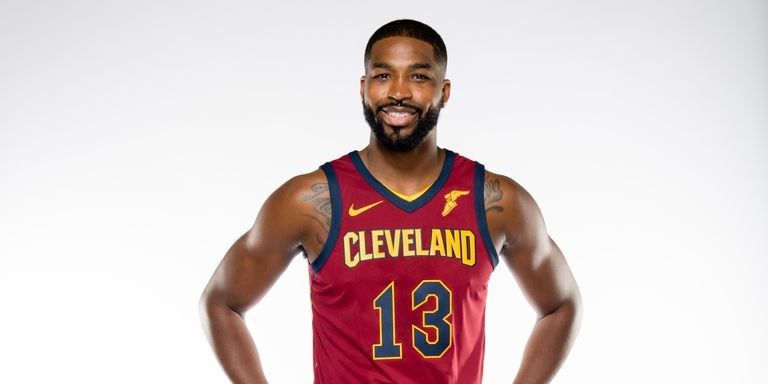 Should the Cavaliers bring back their veteran center?

With the high expectations that Andre Drummond will opt into the last year of his contract, all eyes are now set on the Cleveland Cavaliers front office and how they approach their long-tenured relationship with Tristan Thompson. The 6-foot-9 combo big man is set to become an unrestricted free agent in the offseason, allowing him to gauge his value on the market and sign freely with another team.

Should the Cavaliers even try to bring him back? After all, he is producing a career-best performance this season, averaging a double-double stat line of 12.0 points, 10.1 rebounds and 2.1 assists per contest. However, the answer lies on Cleveland’s financial flexibility moving forward. Chris Fedor of Cleveland.com wrote that answering this important question will be very difficult and complicated.

“That scenario -- Drummond picking up his option -- would lead to the Cavs committing more than $71 million to three frontcourt players (Drummond, Kevin  Love and Larry Nance Jr.) for 2020-21. That, alone, makes it unlikely Thompson returns. The playing time won’t be there and the financial commitment in the frontcourt would be large.

But, as I said, it’s more complicated. The Cavs like Thompson. They were discussing a contract extension earlier this season. They recognize the unquantifiable value. Since trading for Drummond, forcing Thompson into a changed role, he never complained. Thompson even welcomed the newbie into his post-practice shooting group while spending time with him off the floor. The Cavs couldn’t ask for a better pro as they hope to fix their cracked culture.”

Along with Kevin Love and Matthew Dellavedova, Thompson has become the face of the franchise after LeBron James departed for the bright lights of Los Angeles. Of course, that’s not to say that Thompson has also become a star player. He is not even close to that, and he may never be for the rest of his basketball career. But the 28-year old center has embraced all the changes within the team, and all the confusions that came with it.

As Fedor emphasized, Thompson has grown into the team’s leader on and off the court. His voice should be a very important asset as the franchise rebuilds the roster, and aims for a chance at competing in the playoffs probably after a couple more years. But the Canadian big man has a few years left before he enters the twilight of his career. He wouldn’t want to waste those precious time wondering what could have been if he changed course and joined a playoff contender now rather than later.

If Thompson decides to end his stint in Cleveland, he would be wise to take advantage of a shallow free agency class. Even though he is not the glue guy that Draymond Green is for the Golden State Warriors, he is a walking double-double machine who also has the decent speed and mobility to switch on defense and keep up with quicker guards. Fedor believes that a mobile big man like Thompson could secure a decent salary that could exceed the mid-level exception.

So, what would Thompson’s list of interested suitors look like? Bleacher Report’s Alex Ballentine wrote that Thompson could be a solid fit with the Clippers, especially if Montrezl Harrell takes a more lucrative contract elsewhere.

“He'd be a perfect fit for the Los Angeles Clippers. Montrezl Harrell is set to hit free agency. Given the dearth of talent in this year's class, he could become too expensive for Los Angeles to retain, and thus the need for a high-energy big who can rebound and provide defensive versatility would develop.

Thompson isn't the scorer that Harrell is becoming, but he can make up for enough of his production that the team will be just as scary in the playoffs.”

Aside from the Clippers, acquiring Thompson could also make sense for the Warriors. They have a Top 5 pick in this year’s draft, but many believe that they won’t go after the 7-foot-1 James Wiseman. The Warriors want to win now, and Wiseman’s skill set and court instincts are still raw no matter how good he already is. Golden State might get another scorer or playmaker to take some of the workload off the Splash Brothers. Thompson energy on both ends of the court, along with a much-improved passing ability, should be a perfect fit in Warriors head coach Steve Kerr’s system.

Of course, all of these scenarios could just be for naught if Drummond suddenly has had enough of the Cavaliers and decides to log in his name on the free agency market. The Cavaliers can afford to sign him to a long-term contract, and Thompson retains his long-held status as the team’s starting center.

With how good the Los Angeles Lakers this season, the team’s beloved home fans should not worry about losing Anthony Davis to free agency. Davis’ name heated up in the social media last week when reports have it that he is selling his mansion in Los Angeles. It turns out that that house is more than an hour away from the Lakers’ practice facility, arguably the main reason why Davis had to get rid of it.

Kyle Goon of the Orange County Register reported that many important figures around the league believe that Davis is not going elsewhere when he has the chance to become an unrestricted free agent in the offseason. Davis still has a player option left in his contract, and he declined the Lakers’ offer of a multi-year extension early this year.

"By any measure, [keeping Davis] is the top priority of the summer given what the Lakers had to give up to get him. Most in league circles believe that work is largely done—that L.A. is where Davis wanted to be, LeBron James is the teammate he wanted to have, and that the Lakers have done enough to sell him on a future with the franchise. Again last week, [general manager Rob] Pelinka mentioned Davis and James in a 'partnership' with the front office, and since last July, Pelinka has reportedly sought Davis' opinion in important decisions."

Despite the fact that AD turned down the four-year, $146 million extension that the Lakers offered him last January, it does not mean that the seven-time All-Star has already declined being a part of the team’s future. In fact, many believe that the offer was just a formality from the Lakers front office because the management already knew that Davis and his people will turn it down in hopes of gaining a heftier deal after the season.

Most importantly, the Lakers are winning and that’s everything that Davis wants from a team. The Lakeshow is finally back in business in Hollywood, driving the Lakers to the top seat in the Western Conference with a stellar 49-14 record. Davis has become the perfect co-star with LeBron, and his teammates have been speaking highly of him all season long.

During an exclusive interview with Michael Lee of The Athletic, veteran small forward Jared Dudley emphasized that Davis has also become the team’s vocal leader on and off the basketball court.

“Anthony Davis has brought the best out of LeBron and LeBron has brought the best out of Anthony Davis. When it comes to Anthony Davis doesn’t get enough credit as far as being a leader. Pushing LeBron. People always think it’s LeBron to AD. AD’s presence defensively, him being a beast. LeBron trying to integrate him the right way, him being more vocal, him getting on teammates. People don’t see that side. LeBron might be the leader.

But don’t get it twisted. There’s many times that he’s more vocal than LeBron. I want people to know this man gave up millions of dollars to come here and it’s not just to  follow somebody. It’s a co-lead. For them to go on this path together, that’s why I was kind of bummed because of how well they were going to elevate each other in the playoffs. How these two were on pace to take their games to a whole other level. They were locking in. Like no other.”

Davis is norming spectacular all-around numbers of 26.7 points, 9.4 rebounds, 3.1 assists, 1.5 steals and 2.4 blocks per game this season. With the 35-year old James nearing the inevitable decline of his on-court production, Davis will have the chance to be the Lakers’ top star in the years to come.