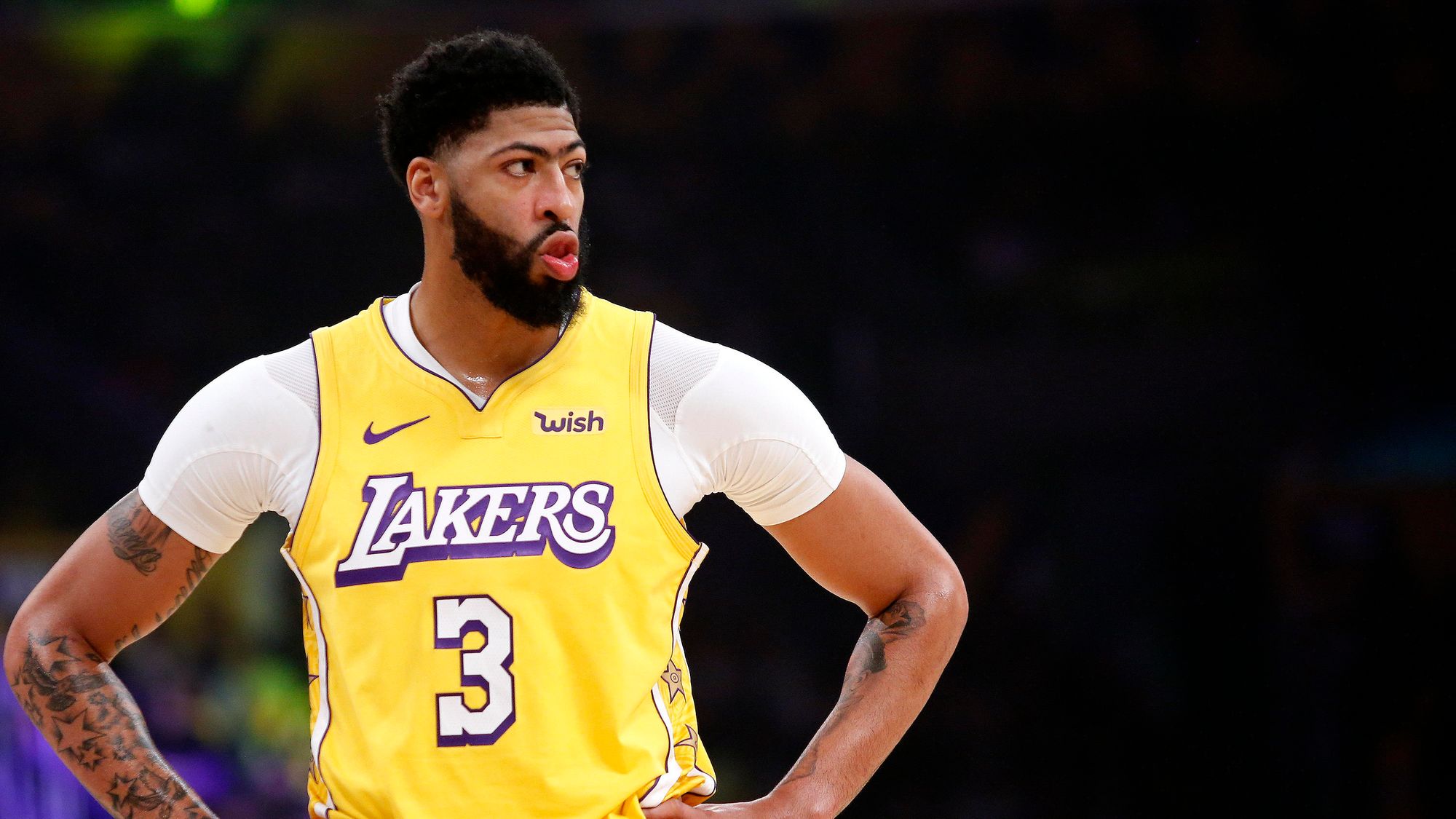 This is almost a done deal for Davis and the Lakers. With a largely successful regular season run this year, the proud Lakers franchise is back at the top and AD has now proven that he can win when he has the right supporting cast around him. The team offered him a max contract extension this season. But despite the fact that Davis did reject the offer, the great assumption around the league is that both camps knew that the superstar big man will wait until the offseason before he inks another contract with the purple and gold.

In an appearance on the Scoop B Radio Podcast, Keith Smith of Yahoo Sports also emphasized that AD’s name can already be taken off the list as there is just no way that he would not stay under the bright lights of Hollywood.

“This year’s free agent class isn’t so great. I’m going to take Anthony Davis out of the mix because I think it’s pretty clear that he’s going to stay with the Lakers. It’s really just what kind of contract does he get. So I’ll give you a couple of guys that I think might be a little more off the radar but I think people are going to really interested in.”

Now that he is playing for a team with a big market following, this will not just be for the sake of money for Davis. He has the golden opportunity to chase a championship ring with LeBron James. Moreover, the 27-year old All-Star could be the Lakers’ poster child for the years to come.

The NBA’s transition to small-ball, pace-and-space basketball has been beneficial for undersized big men like Harrell. The 6-foot-7 combo big is a tough high-motor power forward who has been the Clippers’ frontcourt anchor on both ends of the floor. Harrell has continued to improve each year, and he is posting career-highs on points and rebounds this season.

With that said, Harrell will be an unrestricted free agent in the offseason. He will surely garner a near max contract, and it just remains to be seen if the Clippers are willing to provide a long-term financial commitment to their combo big man. Jovan Buha of The Athletic wrote that there is a strong possibility that Harrell will not don the Clippers threads next season.

“I don’t see Montrezl Harrell signing a short-term deal, if only because there’s no guarantee he gets more money in 2021, or even a better overall deal. As the roster is currently constructed, it’s difficult to see Harrell playing more than his current role of  26 to 28 minutes per night, or averaging more than 17 points and eight rebounds.

If anything, there’s arguably more risk in Harrell not securing a long-term deal, because the holes in his game have yet to be magnified on a grand stage. If the 2020 season resumes, and Harrell faces multiple rounds of elite bigs in the postseason, the limitations in his game will inevitably be picked apart by casual fans and debate shows.”

Aside from the fact that Harrell is an undersized center, his offense is very limited. He doesn’t have signature moves down the post, and he is yet to develop a shot from long-range. These cracks in his game may cripple his leverage in free agency, but there is no denying that Harrell is still a highly-valued big man in today’s game.

Aside from Harrell, the Clippers front office have several important decisions to make in free agency. Patrick Patterson, Reggie Jackson and Marcus Morris Sr are also entering unrestricted free agency this offseason. Of those three names, Morris is arguably the most important one as he is riding a career-high performance this year.

Before being traded midway through the season, Morris was putting up 19.6 points per contest for the New York Knicks. But with the Knicks again headed for another lost season, they traded away Morris for him to compete for an elite playoff contender. His on-court production dipped by more than half with the Clippers, but it is not his role to be the team’s main scorer anyway.

Should the Clippers find it difficult to commit long-term money to Harrell, it’s important for them to nab Morris’ services. Morris can play both forward positions, and he can even fill in for the center position if the other team also employs a small-ball line-up. On top of that, the sweet-shooting power forward has the excellent inside-outside offensive game to complement stars Kawhi Leonard and Paul George.

In the same column that Buha wrote for The Athletic, he reiterated that the combination of Morris and Jackson should be helpful in bolstering the Clippers’ roster depth.

“The crop of two-way wings in the 2020 free agent class is subpar. Morris has certainly been a disappointment offensively, particularly with his spot-up shooting, but he still holds immense value as a switchable wing who can defend bigs and space the floor.

Jackson is a luxury as a backup point guard, especially if he’s going to continue to buy into a 15-to-18-minute role. I have a feeling he’s going to want to start or play more elsewhere next season. That wouldn’t have been an option before he joined the Clippers, but with his impressive stretch of play, it could be. Overall, I think Morris and Jackson are better fits in the modern game and satisfy more pressing rotation needs than Harrell.”

With the scoring and toughness that he brings to any team, there’s no doubt that Morris will attracted the interest of contenders.

Gallinari has been productive and effective everywhere he goes. Drafted 6thoverall by the Knicks during the 2008 NBA Draft, Gallinari shook off a rough rookie season and has since normed double-digit numbers in the scoring column every year. That’s a tough feat to do for a player who has never been selected to an All-Star, but it’s just a great indication of how solid of a scorer the Italian forward is throughout his career.

Now at 31 years of age, Gallinari’s services is still widely-sought. He has always hinted about his plans to returning to his roots and end his career in the Italian League. But Gallinari is yet to win a chip in the NBA, and that would be his main goal before returning home. Although the Thunder has been surprisingly good in the Western Conference this season, chasing the championship could be a long shot for them.

Having said that, Gallinari could prioritize leaving in the offseason and signing with an elite contender to arguably fill in for a sixth man role. Zach Buckley of Bleacher Report wrote that Gallinari’s versatility on the offensive end should be hard to pass up for a team seriously pursuing a deep postseason run.

“Any win-now team with spending money will want a shot at Gallinari. He's been a dangerous scorer his entire career, and lately, he's done a better job of staying on the floor and upping his efficiency. Dating back to last season, his nightly contributions include 19.5 points, 45.2 percent shooting and a 42.1 three- point percentage. Only five other players are averaging 19 points on 45/40 shooting over that stretch.

Now, consider that production is coming from a 6'10" power forward, and it's impossible to miss his appeal. He can space out an offense, carry it in spurts and keep it flowing with catch-and-shoot splashes.”

One of the teams who are interested in Gallinari’s services is the Miami Heat. There were tons of speculations that the Heat wanted to trade for the 6-foot-10 gunner, but nothing concrete materialized before the February trade deadline.