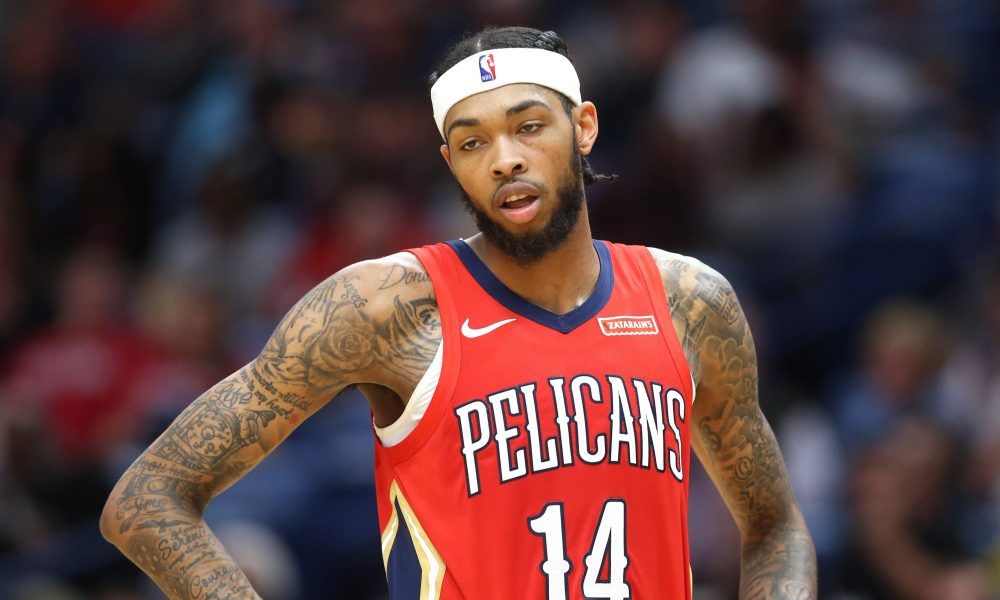 Unless the Pelicans front office magically wrecks this up, Ingram is a lock at New Orleans. He may get numerous max contract offers from other teams, but it is highly-expected that the Pelicans will match any offer for the restricted free agent. They would be unwise not to, as Ingram has grown so much in his first year with them.

Despite the fact that he had to take a higher volume of shots now that he is the main man for his team, Ingram has put up a more efficient shooting percentage. He also drastically improved his free throw shooting, one of his glaring weaknesses in the first three years of his career. Ingram has become a fully-fledged player in New Orleans, and he has an All-Star selection to show for it.

As per Marc J. Spears of The Undefeated, the Pelicans’ executive vice president David Griffin told them that the franchise has “every intention” to retain Ingram. Head coach Alvin Gentry also said that they are excited to take the next step next season and be a serious contender in the Western Conference.

With a healthier Zion Williamson next year and a much-improved Lonzo Ball, it will indeed be exciting for Pelicans fans to watch their young core perform at a high level.

Hayward has overcome his horrible ankle injury in 2017, and his confidence in attacking the rim has come back for him this season. But it is impossible for any team to offer him another lucrative salary as high as the $34 million he will be earning if he opts into the last year of his current contract.

With that said, it is anticipated that Hayward will exercise his player option and stay as a Celtic for one more year. However, John Hollinger of The Athletic also believes that there is a scenario where the Celtics can nab the all-around forward’s services for the years to come.

“The second one is a variant on the first — Hayward could help Boston considerably by opting out and then immediately re-signing a new deal at a lower number. Imagine, for instance, a four-year, $95 million deal for Hayward — which would effectively be a three-year extension for $20 million a year.

Opting out comes with an advantage for the Celtics. By making the first year $22 million instead of the current $34 million, Boston would get out of the luxury tax in 2020-21 (the Celtics currently project to be $7 million over the line if Hayward and Enes Kanter opt in), and that could potentially open other doors to improving the team.”

Opting out could also be seen as a leverage for Hayward. He has turned 30 this year, and it may not long before he enters the twilight stage of his career. Declining his player option and then negotiation a longer-term contract could be an approach that Hayward and his people may have to look into in the upcoming offseason.

With Bogdanovic coming off a stellar campaign for the Serbian national team during last year’s FIBA World Cup, expectations were high for the sweet-shooting swingman. But it turned out to be a slightly disappointing year for the third-year scorer so far. Bogdanovic’s performance did not dip, but it did not exactly improve either.

One of the main reasons why he just maintained his stats from last year is that the Kings’ backcourt duo of De’Aaron Fox and Buddy Hield have a huge chunk of the team’s offense. But the Serbian star’s impact on the court goes beyond his tremendous scoring. Bogdanovic is a good passer, a great decision-maker, and a better defender than he was in his first two years in the NBA.

Jason Jones of The Athletic reports that the Kings want to have Bogdanovic on their side beyond this season. The 6-foot-6 wing will be a restricted free agent and could receive offer sheets from other teams.

“Bogdanovic will be a restricted free agent and the Kings intend to keep him. So everyone agrees there. Walton likes the chemistry Bogdanovic and Bjelica have in the starting lineup, something they’ve built while also playing for the Serbian National Team.

Bogdanovic’s 14.5 points per game were on pace for a career high, but his value goes beyond statistics. The Kings need more savvy players who can help facilitate and think the game, and Bogdanovic is one of the best they have.”

The Kings are just fresh off extending Hield’s contract, and Fox is also due for restricted free agency in 2021. Sacramento would have financial commitments to their three perimeter players, so head coach Luke Walton will have to figure out some way for the trio to co-exist in the same court at the same time.

Before he got traded to the Heat midway through the season, Crowder was the veteran voice within the surprisingly good run of the Memphis Grizzlies. It is no coincidence that he brings a winning impact in every team he plays for. Crowder is a tough, defensive-minded combo forward who can also consistently hit from the three-point line.

This is also the last year of his contract, a deal in which he is earning $7 million this season. But now that Crowder is set to enter unrestricted free agency, there’s no doubt that he will land a salary much higher than that. He has what it takes to be an excellent 3-and-D player for a contender, and he is also a highly-valued voice in the locker room.

With that said, it wouldn’t come as a surprise if Crowder stays in South Beach after this season. His grit and toughness perfectly fit in with the Heat’s winning culture. In an Instagram Live session with former NBA champ and now analyst Richard Jefferson, Crowder bared that the Heat indeed believe that they could be the champions this season.

“We had a couple of weeks to prepare for this playoff run, and it was all       championship talk. And it was nothing less than that.

Here, it goes to the organization, and what Pat [Riley] has done is he’s created that championship environment. Everything is geared to just being the best, being the top,being the top of the league. So we wanted to come out of the East, no doubt. I felt like with that being our goal, we were definitely going to give it a good shot. I think we had a good chance of doing so.”

It now boils down to the Heat’s flexibility in their salary books. It is no secret that they are aiming for the gold in the 2021 free agency class that features Milwaukee Bucks superstar and reigning MVP Giannis Antetokounmpo. They could sign Crowder to a one-year deal, although it remains to be seen if the veteran forward will agree to that scenario.