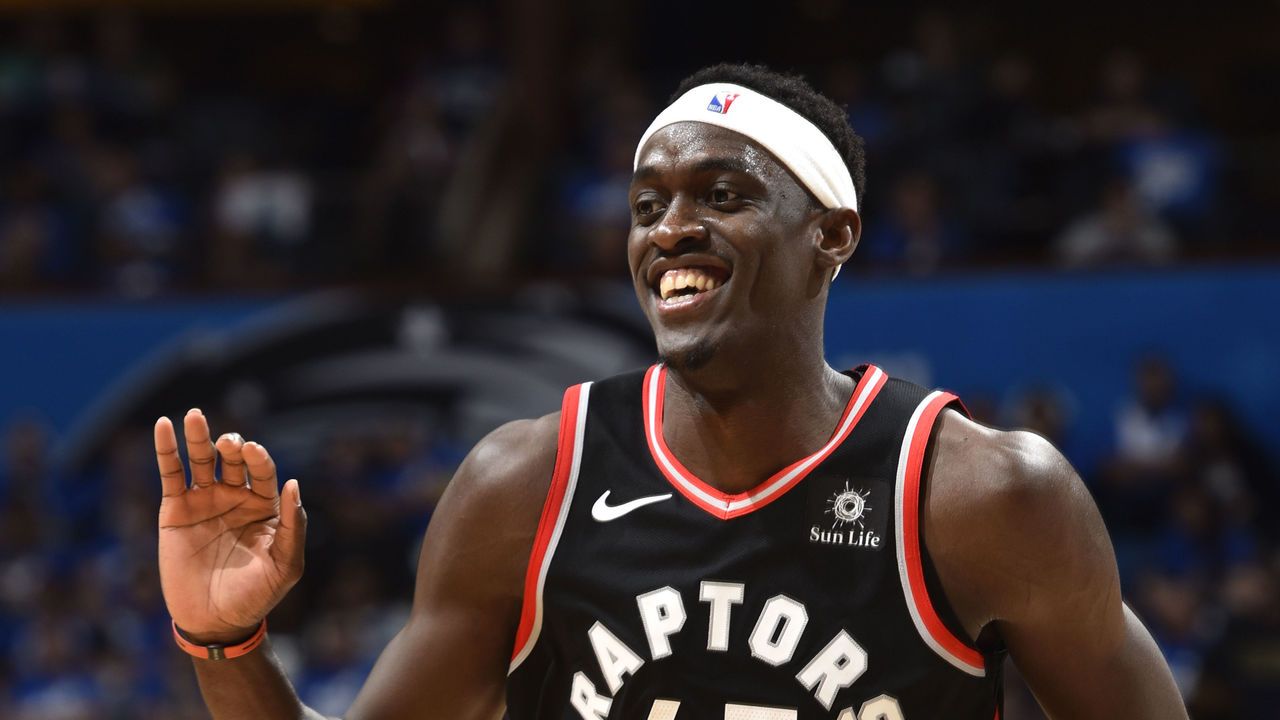 Will the Raptors offer Siakam the max extension?

Rumors about the Toronto Raptors tinkering with a Pascal Siakam contract extension have been flying all around the place this summer. This does not come as a surprise considering the emergence of Siakam last season and the departure of Kawhi Leonard after bringing the championship to the city of Toronto. The Athletic’s Shams Charania confirmed these speculations when he reported that Siakam is expecting a max extension from the Raptors.

“Raptors’ rising star Pascal Siakam is seeking a maximum contract extension in  discussions with the Raptors, league sources said; otherwise preparing for a 2020 free agency market that would have the restricted free agent as a top player available.  Siakam is eligible for either a four-year, $130 million max deal, or a five-year, $170 million max. So far in the 2016 draft extension class, Ben Simmons and Jamal Murray have received five-year max extensions.”

In a year that saw him win the Most Improved Player of the Year award, Siakam upped his scoring average from 7.3 points during the 2017-18 season, to 16.9 last year. On top of that, he also grabbed 6.9 rebounds and 3.1 assists per contest, while drastically improving his three-point percentage from 22% to a solid 37% clip.

It was a breakout year indeed for the Cameroonian combo forward, and his numbers will surely increase now that Kawhi is gone. The team’s two All-Stars in Kyle Lowry and Marc Gasol are already past their prime. Lowry is still the leader of this team, there’s no doubt about that. But while he racked up a career-high in assists average during the Raps’ championship season, it also meant that Lowry is now sliding back a bit in terms of his aggressiveness on taking shots.

Furthermore, the Raptors don’t really have another top-tier scorer other than Siakam. Their recent acquisitions in Rondae Hollis-Jefferson and Stanley Johnson are defensive specialists. We cannot expect Lowry and Gasol to really turn it up a notch in scoring this upcoming season. Fred VanVleet, another break-out player for Toronto, can score in bunches but not as much as Siakam can. Raptors team president Masai Ujiri told NBA.com’s Gilbert McGregor that he expects Siakam to carry more load and be more of a leader on both ends of the court.

"He's just become a diverse player that I think - a very dynamic player that continues to grow. He's gonna have more on his shoulders this year and I think he accepts that, he knows that, and there's a responsibility and he's up for the challenge.”

Most importantly, Ujiri didn’t deny that he believes Siakam deserves a massive extension. He told McGregor that the team has on-going contract extension conversations with Siakam’s camp.

If the Raptors pass on offering him an extension this season, Siakam will become a restricted free agent in 2020. Considering that that free agency class is very shallow, massive offers will come running Siakam’s way. Of course, the Raptors still have the power to match any offers from other teams being that Siakam is a restricted FA. But with the power that superstars have recently wielded to demand trades, the Raptors are better off avoiding the opportunity for Siakam to enter free agency.

As for Siakam, this is a golden opportunity for him to grab the spotlight. Aside from his growing skill set on offense, the fourth-year forward also showed that he has the willingness to take over the scoring mantle for the Raptors. He averaged 16.0 field goal attempts during the 2019 playoffs, almost eight more shots than what he averaged during the regular season. That bump in his shot attempts resulted to him increasing his scoring to 19.0 points per contest, while still producing an efficient 51% overall clip from the field.

With an increase in his usage rate and his development, we could see Siakam put up a double-double season, eclipse the 20-point mark in points and show off an improved playmaking game by averaging at least 5 assists per contest.

Lowry and Raptors agree to a one-year, $31 million extension

“Kyle Lowry and the Toronto Raptors have agreed on a one-year, $31 million contract  extension that takes the five-time All-Star guard out of July's free-agent market, agent Mark Bartelstein of Priority Sports told ESPN.

The extension guarantees Lowry two years and $64 million on the books -- including the $33.3 million left on his expiring contract this season.”

The 33-year old point guard is coming off a career season in assists, and his first Larry O’Brien championship trophy. Despite only averaging 14.2 points, his lowest scoring output since the 2012-13 season, Lowry dished off a career-high of 8.7 assists per game. Despite the fact that he is now past the peak of his career, Lowry can still put up the points if he needs to. The five-time All-Star impressed with an all-around stat line of 26 points, 7 rebounds, 10 assists and 3 steals during the team’s close-out game against Stephen Curry and the Golden State Warriors to win the championship.

Another very interesting matter to discuss with Lowry’s extension is SportsNet’s Michael Grange’s report that the veteran playmaker will force a trade out of Toronto if the Raptors front office fails to get a deal done. It has become obvious with how Lowry stayed low-key throughout the offseason, while failing to attend the team’s training camp.

“Heading into training camp, those close to Lowry predicted that the seven-year Raptor veteran and the engine driving the club’s rise to the NBA’s elite wouldn’t take the floor with the team until he received an extension.

On cue, Lowry didn’t participate in training camp and had already ruled himself out of Toronto’s pair of exhibition games in Tokyo against the Houston Rockets on Tuesday and Thursday of this week.”

But then again, Lowry is coming off a thumb surgery this offseason, an injury that he played through during the playoffs. When asked why Lowry won’t play in the team’s upcoming match-up against the Houston Rockets in Japan, Raptors head coach Nick Nurse pointed out that the veteran guard is still recovering from the surgery.

Of course, the Raptors can still trade Lowry if the season turns out to be a disappointing one. While they still have a solid shot at making the playoffs, we can argue that this current version of the Raptors doesn’t have enough star power to keep up with the elite contenders in the Eastern Conference.

Joe Johnson was a big name this offseason following his MVP and championship run in his first stint with the BIG3 tournament. His impressive performance in the 3-on-3 league earned him a comeback trail to the NBA, as the Detroit Pistons signed him for a training camp spot. It turns out that Johnson, along with big man Christian Wood, is competing for the 15th and final slot in the Pistons’ roster for the upcoming 2019-20 season.

However, signs point to Johnson winning that slot. The Pistons direly need another perimeter scorer, and the 38-year old vet could certainly deliver on that role. Ed Stefanski, the team’s senior adviser, told MassLive’s Ansar Khan that the Pistons are viewing Johnson as a solid contributor especially on offense.

“Joe has all the traits you need to be a professional. It doesn’t hurt our team to have a guy like that. It doesn’t hurt the younger players to see the work ethic that Joe can bring to the table. Plus, Joe can score.

I understand he’s 38. It wasn’t that he did well in the three-on-three league was why we brought him in; Joe still has, we think, something left to prove. When we need to get a bucket or a good shot, there’s going to be times where Joe’s going to be able to do that. I think the coach will pick his spots where he’ll play Joe. We feel Joe can contribute.”

Johnson, a seven-time NBA All-Star, has career averages of 16.0 points, 4.0 rebounds and 3.9 assists per game.