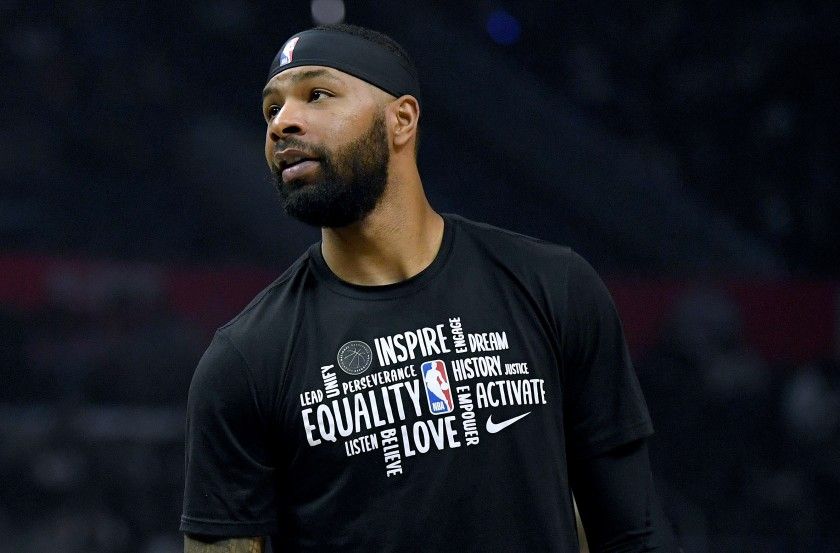 With career-highs in scoring and shooting efficiency, timing couldn’t have been any better for Morris. The sweet-shooting combo forward normed 19.6 points and a stellar 44% clip from the three-point line during the half season he spent for the New York Knicks. He was eventually traded to the Clippers in order for him to chase the championship, but there’s no doubt that Morris has grown into a dependable, efficient scorer at this point of his career.

With an impending unrestricted free agency this offseason, it is also without a doubt that Morris just earned himself lucrative paychecks for the years to come. Combo forwards who can shoot from long range and exert tremendous effort on defense are highly valued these days. Morris has both of those skills, and he can also create shots for himself.

Days before the February trade deadline, Stefan Bondy of the New York Daily News pointed out to Morris’ growing value and said that the Knicks could have even netted a first-round draft pick by trading the veteran forward.

“On the surface, trading Marcus Morris makes remarkable sense for the Knicks.

Morris, the Knicks’ most consistent and best player this season, is an expiring contract on a losing team. He could be flipped for assets by Thursday’s trade deadline, and league sources believe Morris can recoup New York a first-round pick from a contender.”

If the Clippers miss out on re-signing Montrezl Harrell, then inking Morris to another contract could be an avenue that they would take. The concern is that the Clippers could be hesitant in giving out a long-term deal to Morris. Another thing is that Harrell’s departure will leave a glaring void on the team’s center position, and that could be the Clippers’ priority of filling in this offseason.

For the first time in last eight years, Dragic has moved back to a sixth man role. The lefty gunner didn’t just embrace this important role for the Heat, but he has thrived in it. His 13.7 points per game last season was his lowest output in seven years, prompting people to count him out and deem him to be in the twilight of his career. Yet, Dragic has proved he is still an efficient operator, catapulting himself to the Sixth Man of the Year award race.

With the Heat sitting on the 4th spot in the Eastern Conference, they have a solid shot in making it deep in the postseason this year. In an interview with Will Manso of WLPG Sports Local 10, Dragic said that he is all-in for the season return but also reiterated that safety should be the main concern of all the teams.

"We are basketball players so we want to compete. As long as it's going to be safe for everybody who's going to be in the bubble, I'm OK wth it. I want to play.

Having said all that, there is still a strong chance that Dragic could stay in Miami. It may be a one-year hefty deal as the Heat front office will not commit to any long-term lucrative deals in preparation for the 2021 free agency class. But if a Heat return is not feasible between the two camps, there are plenty of contending teams out there desperate for a veteran gunner like Dragic.

This offseason’s free agency may be lacking in big superstar names, but there are tons of quality veteran role players like Harris. The 28-year old sharpshooter has become a household name for NBA long-range gunners. Harris has eclipsed the 41% clip in three-point shooting in three straight years, including a stellar career-best of 47% last season. More than that, Harris makes right decisions with the ball and is a reliable defender on the other end of the court.

It’s just a shame that Harris wasn’t able to play with both Kevin Durant and Kyrie Irving this season. However, the veteran forward isn’t counting out the possibility of staying in Brooklyn. In an interview with Michael Grady of YES Network, Harris even went on to say that he loves living in the city.

“I haven’t thought about it a ton obviously. There’s so much going on right now that you're worrying about [more than] free agency. The biggest concern is figuring out the best way to get back to actually playing. I haven’t even really discussed anything with my agent or with teams in terms of free agency.

It would mean everything. I look back just over four years ago coming to Brooklyn,  getting an opportunity to play here, to learn as a young player to play through my mistakes and be given a niche in this league. And I’ve always loved New York and I love living in Brooklyn. Obviously, it’s a business at the end of the day and there are things you can’t control a lot of things that go on. My ideal scenario ... that’s what it is for me.”

With the lack of stars in this FA class, Harris should garner heightened level of interest from other teams. The Nets front office would still want him back, but the question lies on how financially flexible their salary books are to afford the demands of Harris.

The 6-foot-10 Latvian power forward is arguably one of the top five spot-up shooters we have in the league today. Bertans is averaging an outstanding 43% three-point shooting clip in each other last two seasons. What is even more amazing is that even with the uptick in his three-point attempts (from 4.4 to 8.7) this season, he is still shooting it at the same very efficient rate.

On top of that, Bertans is still fairly young at 27 years of age so he still has tons of room to improve. His on-point long-range marksmanship could net him a salary ranging from $12 million to $15 million each year. Teams will come knocking on his door, although the Wizards still have the inside track.

As per Chase Hughes of NBC Sports Washington, team general manager Tommy Sheppard reiterated that they are very much inclined on giving Bertans another contract and develop him to a more complete player.

"We have every intention of retaining him. He's the exact type of player we want to have in our organization. I think he wants to be here. Business will take care of itself.

Still, Bertans and his people would look into the market and gain some leverage by gauging his value. Reports have it that teams tried to negotiate a trade deal for the big man before the trade deadline, so it will come as a surprise if he’s still on the radar of those teams.

Still a very versatile big man at this twilight stage of his career, Millsap should be coveted by plenty of contending teams. His minutes within the Nuggets’ rotation are steadily dipping, but his high efficiency and all-around production stay the same. Millsap’s excellent inside-outside offense, partnered with his smart instincts as a defender and rebounder, should be more than enough for him to attract contenders.

Heavy.com’s Brandon “Scoop B” Robinson tweeted out that the Miami Heat could be one of those teams who will be active in their pursuit of the 35-year old Swiss Knife power forward.

“Miami Heat are looking to add depth up front & a name floating around NOT  named DeMarcus Cousins is Denver Nuggets forward, Paul Millsap.

Millsap, 35, is in his 14th season in the NBA this season & will be a highly coveted free agent available when NBA free agency begins.”

With a leader and veteran like Millsap, the Heat should be a more formidable team in the East next season. They still have a big decision to make regarding Goran Dragic’s free agency, but Millsap could agree on a bargain contract to chase a championship with the Heat.