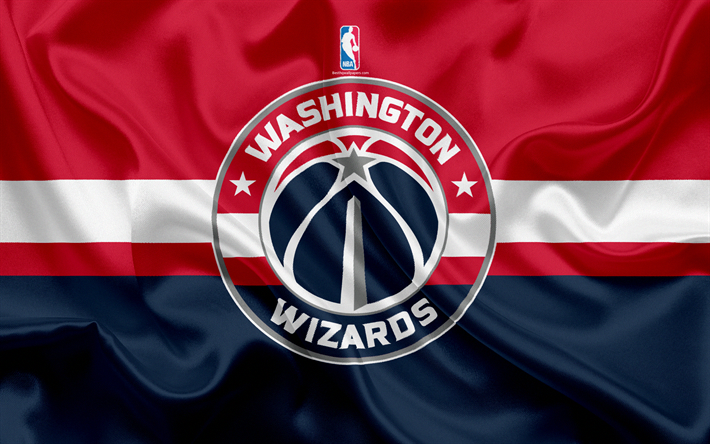 In an effort to fill in for the roster spot that Davis Bertans has vacated, the Washington Wizards are bringing in combo guard Jerian Grant to play for them in the season resumption at Orlando.

Interestingly, Grant was originally selected by the Wizards through their 19thoverall pick in the 2015 NBA Draft. But Grant was immediately traded to the Atlanta Hawks, then the Hawks moved him to the New York Knicks with Tim Hardaway Jr as the return piece. It is with the Knicks that Grant spent his rookie year.

After his debut season, he became quite the journeyman as he was then moved to the Chicago Bulls. Grant would then spend some time in the G League, going back and forth with the Bulls and the team’s G League affiliate Windy City. In the summer of 2018, the 6-foot-4 combo guard was again traded to the Orlando Magic.

Despite the fact that he has not been called up by an NBA team this season, the 27-year old hooper is actually playing with the Wizards’ G League affiliate Capital City Go-Go. As per Jackson Filyo of WashingtonWizards.com, Grant said that he has been a Wizards fan since he was still a child.

Grant also made it known that he has always been working out on his game, and was confident that he will eventually get a call-up soon.

“I’ve been around the Wizards, been around this area my entire life. Being a fan, having my dad play for them, being a ball boy, seeing all those players come through. Juwan Howard, Rod Strickland, Chris Webber – those guys are people I looked up to, people I wanted to be like. To finally be able to put on that jersey means a lot.

Being with the Go-Go, I felt like my opportunity was coming, but as the season went on, it wasn’t there, but I felt like eventually I was going to get that call. I was devastated when the pandemic happened and (the G League) season had to get canceled, but at the same time, I stayed ready. Once I heard (Davis) Bertans was opting out (of playing in Orlando), I got a little excited, but I didn’t want to get my hopes up too high. When that phone call came, it was just like a dream come true.”

Jerian is the brother of Denver Nuggets combo big man Jerami Grant, and the nephew of four-time NBA champion Horace Grant. Jerian played college ball for Notre Dame, and compiled individual awards that include a 2015 ACC Tournament MVP plum, and member of the 2015 Consensus First-Team All-American.

In his four years in the pro ranks, Grant has been a solid rotational player. Despite the fact that he has not surpassed the high expectations placed on him when he was entering the NBA as an excellent prospect, he has actually put up decent all-around numbers in limited minutes. In his second year with the Bulls during the 2017-18 season, Grant normed career-high averages of 8.4 points, 2.3 rebounds and 4.6 assists per contest.

On top of that, Grant has also improved his three-point shooting in each year that he spent in the league. He put up at least 36% in two seasons, a great indicator that he could definitely negate this weakness in his game. Grant also says that he has “a lot of different aspects” to his game and he can contribute to the Wizards right away.

“Everyone was excited for me. Playing with the Go-Go was actually my first time playing and being home like that since high school. That was exciting for everybody, but to actually be on the Wizards and to be able to call myself a Wizard. Not only my family, but my friends and people from the city that know me and know that I’m from here were really excited for me. That type of support really meant a lot.

With Grant providing much-needed depth on their backcourt, it remains to be seen how many minutes he would get in the rotation. It is being reported that star point guard John Wall will not be joining the Wizards in Orlando. Washington’s backcourt depth includes star Bradley Beal, veteran Ish Smith, sophomore shooting guard Jerome Robinson, and six-year man Shabazz Napier. Isaac Bonga is also spending some time in the backcourt, although his length and versatility makes it possible for him to also play the small forward position.

The Los Angeles Lakers have officially brought in former Cleveland Cavaliers champ JR Smith. With Avery Bradley opting out of the season restart to remain with his family, it has been widely reported that the Western Conference frontrunners are looking at the 34-year old sharpshooter to fill in for the hole in their perimeter depth.

As per a video from The Lakers’ Review’s Twitter account, Lakers head coach Frank Vogel pointed out to Smith’s familiarity with LeBron James as his essential value to the team. Vogel also eased Lakers fans’ concerns on integrating Smith to the system.

“His familiarity with LeBron and the way we built our team, obviously around LeBron, there are a lot of similarities to the things they did in Cleveland. That definitely is a factor in what we feel JR can bring to the team in what is going to be a very short time to get acclimated.

Smith, a 15-year veteran, has career averages of 12.5 points, 3.2 rebounds and 2.1 assists. He also has a 37% career clip from the three-point line, and has vastly improved as a defender during his time with LeBron in Cleveland.

More than that, Smith has also been in the playoffs in 11 of the 15 seasons he’s been in the league. He’s been in the Finals for four straight years with the Cavaliers, an excellent indicator of his playoff experience and his toughened mentality when the stakes get higher and more important.

Despite the fact that his role greatly diminished when LeBron left Cleveland last season, there’s no doubt that he should immediately contribute to the Lakers. Along with his outstanding long-range marksmanship, Smith is also a great shot creator and he exerts tremendous effort on the defensive end.

In a Zoom conference call with the media last Thursday, Lakers star big man Anthony Davis emphasized how happy he is to have a veteran champ like Smith on his side of the battle. AD also said that he is now 100% healthy, and has been healed of the “lingering” minor injuries he had before the season suspension last March. (h/t Dave McMenamin of ESPN)

"Actually, I think our chances are higher just because we're all rested and we're all ready to go. If anything, our chances got higher and it's going to be about just who wants it more.

It's been good for me to kind of let some of them lingering injuries I had towards the time when the NBA stopped to kind of recover and heal and get back into the best version of myself. I feel 100 percent healthy. Well, I don't feel, I am [100 percent healthy]. I feel like I'm ready. Ready to go."

The Lakers, who are sitting on top of the West, are holding a stellar record of 49 wins against only 14 defeats. They will go up against Kawhi Leonard and the Los Angeles Clippers in their first assignment for the season resumption.