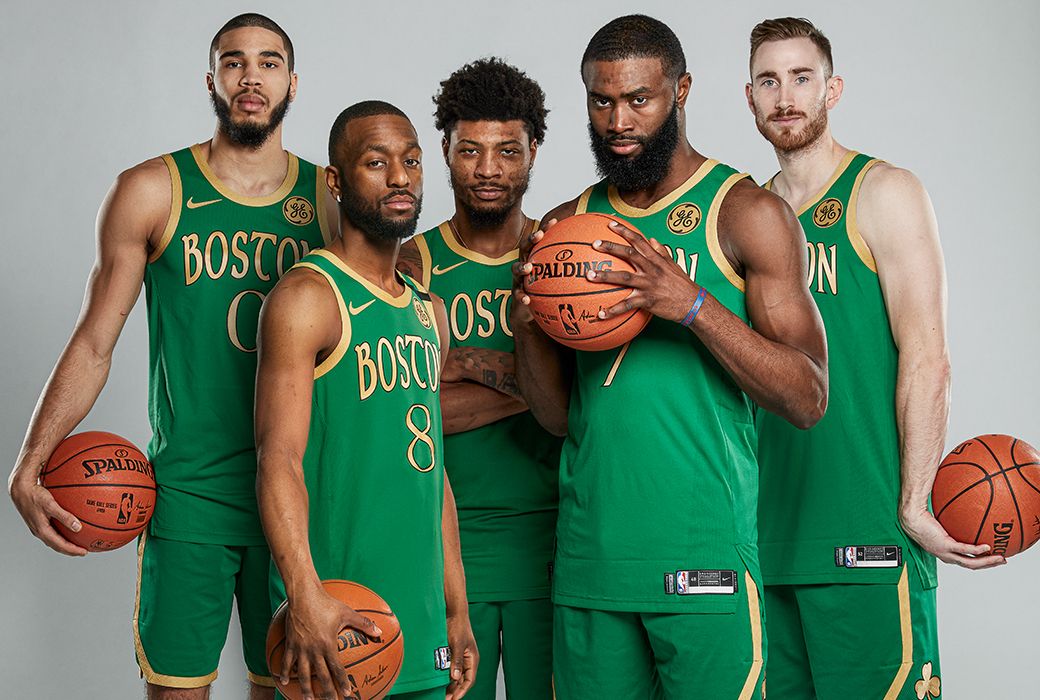 The Boston Celtics fell short of their championship goals this season after being booted out by the Miami Heat in the Eastern Conference Finals. Despite missing the target this season, the Celtics are still expected to become a perennial contender in the East with Jayson Tatum, Kemba Walker, Jaylen Brown, and Marcus Smart leading the way for the team. However, the Celtics would need to do some upgrades to improve their chances next season.

According to Jay King of The Athletic, the Celtics should seriously consider upgrading their frontcourt for next season. Boston utilized Daniel Theis as their starting center for the majority of the season, and relied on Robert Williams, Grant Williams, and Enes Kanter off the bench. While the two Williams are oozing with potential, King still thinks that Boston should look for other frontcourt options.

"I think the Celtics need to look for an upgrade," King said when asked if the Celtics should look to acquire a veteran big man for next season. "There’s a chance either Robert Williams or Grant Williams will be ready to command more trust from the coaching staff, but I don’t think the Celtics can afford to roll the dice on that possibility. The minutes behind Theis were an adventure during parts of the playoffs. Sometimes they worked out."

King said that Robert Williams showed a lot of positives during their second-round showdown with the Toronto Raptors, while Grant Williams made an impact with his defense. Enes Kanter also had his moment for the Celtics, but he thinks Boston needs a big man that they can depend on both ends of the floor on a consistent basis. However, getting one might be easier said than done.

"Those guys could be long shots to sign with the Celtics for various reasons, but  would fill a frontcourt need," King said, referring to Baynes, Thompson, and Ibaka. "Some less-established centers, including Harry Giles, could also be worth a shot. Giles, one of Jayson Tatum’s best friends, has a concerning injury history, but showed some promise with the Kings. The Celtics may not be interested in another unproven big man."

John Hollinger of The Athletic also had an interesting take on Boston's frontcourt dilemma. Hollinger said that Boston should consider packaging the 14th pick in the 2020 NBA Draft alongside Kanter and Vincent Poirier to get a legitimate big man for next season. He thinks that if the Celtics decide to go this route, they should reach out to the Cleveland Cavaliers about a possible deal for Larry Nance Jr.

"The most obvious target for such a deal would be Cleveland’s Larry Nance, who could play 4 and 5 for them and who makes $11.7 million, $10.7 million and $9.7 million over the next three seasons," Hollinger said. "That declining salary number is important, as it likely enables Boston to survive just below the 2021-22 tax line if it wishes. Plus, this also gives the Celtics enough frontcourt power that they won’t feel too skittish about turning the center spot over to Robert Williams and Grant Williams when Theis’ contract runs out."

Nance has shown flashes of brilliance for the Cavaliers during and after the LeBron James era in Cleveland. In 56 games last season, the 27-year-old forward averaged a career-high 10.1 points on top of 7.3 rebounds and 2.2 assists. Cleveland might make him available, as they are committed to Andre Drummond and Kevin Love. Cleveland also has the fifth pick in the draft, where they can land promising forward Obi Toppin.

How About a Reunion Between Isaiah Thomas and Boston Celtics?

According to Jay King of The Athletic, he has been receiving a lot of inquiries from Boston Celtics fans about a possible reunion with former starting point guard Isaiah Thomas. It is quite understandable because of how the Celtics fans showered Thomas with love during his three-season stint in Boston, which ended when he was dealt to the Cleveland Cavaliers in 2017 as part of the Kyrie Irving deal.

Since his All-Star season in 2017, where he averaged a career-high 28.9 points and 5.9 assists per game, Thomas has become a forgotten star in the league. He struggled to recover from a nagging hip injury. Since his final season in Boston, the 5-foot-9 guard bounced around in the league, as he played for the Cavaliers, Los Angeles Lakers, Denver Nuggets, and recently with the Washington Wizards.

Adrian Wojnarowski of ESPN recently reported that Thomas is feeling better than before after undergoing a hip resurfacing procedure five months ago. Thomas and his camp are reportedly planning to make a strong free-agency push in the offseason armed with better medical records after the procedure. The 31-year-old point guard said that his condition at this point is like "night and day" compared to how he was feeling before the surgery.

"There's no more pain," Thomas said. "I've got my full range of motion. For three years, I was trying to play the best players in the world on one leg. I needed help from my kids to put my socks on in the morning. Now, I can lift weights. I can squat low. I can work out twice a day. I'm able to cut and move and stop, able to cut and go. I feel like I'm 31 years old again. And now, I have scientific evidence to show that."

Dr. Edwin Su, a renowned orthopedist in New York, was instrumental in convincing Thomas to finally go the surgery route, which he has resisted for years. Su told Thomas that the hip procedure was necessary if he wants to regain his explosiveness and become relevant again. Based on how Thomas has been working out in the past four months, Su said that he has also seen a lot of improvements.

"Before the surgery, you could see he was clearly favoring his right side, and that it was painful," Su said. "It was natural to avoid pushing off and landing off the left. Four months post-op, we are seeing higher loads and seeing symmetry between the right and left. Now, he's playing like he's eight months out from surgery, not just four. He's such a hard worker. He's moving quickly, and able to jump and pivot."

The positive development in his recovery could help Thomas attract attention in free agency in the offseason. King said that the Celtics definitely need a scoring punch off the bench, which could be provided by Thomas if he is able to regain his old form. However, if he is to decide, King said that he would not consider signing Thomas because he is not yet ready to believe that the two-time NBA All-Star will be back to his old form.

"After the recent procedure, Thomas believes he is healthier now than he has been in years," King said. "It would be an incredible comeback story if he returns to even a fraction of his past glory. After all his hip has been through, I’m just not ready to believe he will. He has spent his life proving doubters wrong, though. Here’s to hoping he can get healthy enough to do it again, somewhere."

The Golden State Warriors had the worst record in the league just a year removed from five consecutive trips to the NBA Finals. Their struggles last season were mostly because of injuries to superstars Steph Curry and Klay Thompson, and the departure of Kevin Durant. But while they are not making enough noise heading into the offseason, Warriors head coach Steve Kerr likes their chances of improving their current roster.

Kerr said that they still have a lot of needs to address either in free agency, trade, or the draft. But in terms of free agency, the three-time NBA champion coach is convinced that the Warriors are still among the premier destinations for players who are looking to win a title. He said that it is not just because of their three titles in five season but also because of how players view their organization from top to bottom.

"In the modern NBA, players are the biggest drivers in recruitment. But I think people also recognize that we have a strong organization, we have a beautiful new arena, we have a great place to live, we have organizational stability," Kerr said. "And we have an owner who is willing to spend whatever it takes to win. There are a lot of really attractive dynamics at play in terms of free agents coming to Golden State."

Golden State will still be bannered by Curry and the returning Thompson, who recovered from an ACL tear he sustained during the 2019 NBA Finals. Green is still expected to become their do-it-all guy, while Andrew Wiggins would bring youth and athleticism to the Warriors. Golden State also has a chance to draft top prospects Anthony Edwards, James Wiseman, LaMelo Ball, Deni Avdija, or Obi Toppin with the second overall pick in this year's draft.