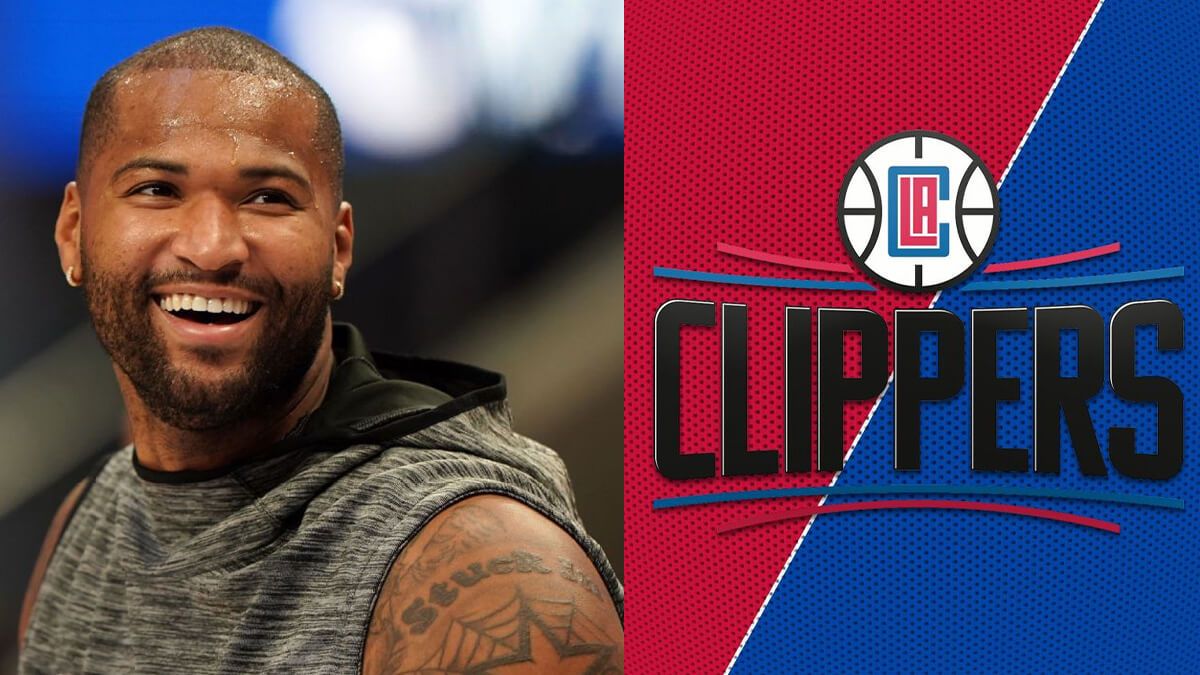 Cousins started the season with the Houston Rockets, who brought him in to re-unite him with former collegiate teammate and now NBA star John Wall. But with long-tenured Rockets superstar James Harden opting to be traded away from the team, the Houston organization decided to grant the former MVP’s trade request, which also led to Cousins reaching a contract buyout agreement with the Rockets.

The Clippers then took advantage of the opportunity, and nabbed Cousins in unrestricted free agency. In the five games that he has appeared for his new team, the 30-year old Cousins is logging in 9.8 minutes per game, while norming numbers of 4.4 points, 2.4 rebounds, 1.2 assists and 0.6 steals. While it is true that he is only logging in a small amount of playing time each game, the Clippers front office and coaching staff obviously saw something very positive out of Cousins’ body of work this season.

One of the positive things that Cousins is showing this season could be the fact that he is in a great shape. As per Ohm Youngmisuk of ESPN, Cousins admitted that he has been working very hard to be in peak condition this season. He reiterated that he is in “the best shape” that he has ever been throughout the entirety of his NBA career. Cousins also emphasized that he is in this team to help them further improve the supporting cast around the two excellent Clippers superstars in two-time Finals MVP Kawhi Leonard and All-Star two-way elite star Paul George.

"I've put an incredible amount of work to get to this place. I feel great, my body feels great. I'm in probably the best shape I've been in my entire career. At this point, it's about going out there and just putting everything together and just trying to continue to show that I'm healthy and I'm here to play this game at a high level. I understand the situation that I'm in. Whatever opportunity is given to me, I plan on just taking full   advantage of it, just controlling what I can control.

Obviously they have a two-headed snake in Kawhi [Leonard] and PG. And obviously everybody else's job is to make their job easy. I think this is probably one of the most complete teams in the league. I just bring whatever I can to help this team and elevate it. I don't really see this team lacking much."

Viewed upon as one of the best all-around centers in the past decade, there is no doubt that it has been a roller-coaster ride for Cousins in the past few seasons. After spending the first six years of his career with the Sacramento Kings, the team that selected him in the 2010 NBA Draft, Cousins was then shipped to the New Orleans Pelicans in the middle of the 2016-17 NBA season.

Cousins would put in a very productive stint with the Pelicans, but he sustained a major injury during the 2017-18 season. That injury turned out to be the first of an unfortunate string of major injuries that hindered his development into a full-blown NBA superstar. It is indeed very unfortunate because those injuries obviously took away Cousins’ athleticism and mobility, leaving him at a disadvantage, especially when he switches onto quicker guards on the defensive end of the floor.

Still, Cousins is a very good player when he is completely healthy. Even though it is true that he is already far from being the All-Star caliber player that he was several years ago, Cousins is still one of the most versatile big men in the league in terms of scoring the ball. But his unique skill set is not the only asset that Cousins is bringing to the table.

As per Mirjam Swanson of the Southern California News Group, Clippers head coach Ty Lue said that numerous Clipper players were positively surprised by how fun and good of a teammate Cousins is both on and off the court.

“A lot of people didn’t know Cousins before he got here, so they didn’t know anywhere he’s been, he’s always been a great teammate. He’s fun to be around. And so guys who (didn’t) know him, they’ve seen him on the floor and he’s always scowling, or mad on the floor. But the guys have just finally had the chance to be around him, and they love him. ‘I didn’t know he was that cool, I didn’t know this and that!’ So it’s just good    having him around. Fun in the locker room. Fun with the young guys.

The toughest thing is late in the game, it’s hard for us to run plays because he really hasn’t caught up yet as far as the plays because we haven’t had a lot of practice time. So that kind of stumped us a little bit. But his playing, just knowing the game and IQ, to be able to shoot it, to post up and bring physicality is great for our team. We just gotta bring him up to speed on the playbook, just so we can kind of call more sets  when he’s in the game. Every single day, he’s working to try to pick up what we’re trying to do, and trying to get better. For sure, every day. He’s coming in with the young guys early, putting in the work, going over the plays. He gets conditioning in, he does all the right things that he’s supposed to get his self to where he wants to be.”

As for the Clippers, there is just no doubt that they are making a very strong push towards the more important games in the playoffs. Many people criticized them for fumbing a 3-1 lead during their Western Conference Semis match-up with the Denver Nuggets last season. But with a new coach in place, and a stronger supporting cast around George and Leonard, the Clippers have a legitimate shot at going all the way to the 2021 NBA Finals.

The Clippers are currently sporting an excellent record of 40 wins against only 19 defeats, which is good for the third spot in the stacked Western Conference standings. George and Leonard are both putting up very efficient and impactful seasons, and the team’s recent acquisition of veteran point guard Rajon Rondo seems to be a very wise decision.

The Clippers have won eight of their last nine games, and are one of the hottest NBA teams right now. But it remains to be seen just how much Cousins can contribute to this team. When Serge Ibaka comes back from his injury, it is not a secret that Cousins could be reduced to a bench role, especially given the fact that young big man Ivica Zubac is seated higher than him in the Clips’ hierarchy of centers.

As per Law Murray of The Athletic, the Clippers signed him to another 10-day contract because they know that Cousins still has more to give, especially when he gets used to his team’s new system on both ends of the floor.

The Clippers are in the situation now as they were when the month started and made their interest in Cousins known. Serge Ibaka still has no timetable to return from a back injury that has sidelined him for a month, and Cousins has come in and made himself a part of this team. Clippers coach Tyronn Lue has used Cousins sparingly, only playing him  in three of the six games that he was available for. But in 29 minutes, Cousins has contributed 18 points and nine rebounds. Not bad for someone who has a lot of catching up to do on Lue's set book.

Roster considerations will need to be taken into account following the game in Houston next Friday, but the expectation should be that Cousins would remain with the team for the rest of the season. The other 10-day spot that the Clippers have may be more fluid, but Cousins is here not just for Ibaka insurance, but because he has the kind of relationship  with players on this team that would enhance the mood in the locker room going into what should be a riveting postseason. Indications so far are that the Clippers are getting a great teammate in Cousins, which is more important than anything Cousins provides as an on-court depth piece.

After their recent double-digit win against Karl-Anthony Towns and the Minnesota Timberwolves, the Clippers will then travel to Portland to go up against Damian Lillard and the Trail Blazers. They will then go back home to host the Memphis Grizzlies, then embark on another road trip that will feature tough games against John Wall and the Houston Rockets, Zion Williamson and the young but exciting New Orleans Pelicans, and Devin Booker and the second-seeded Phoenix Suns squad.