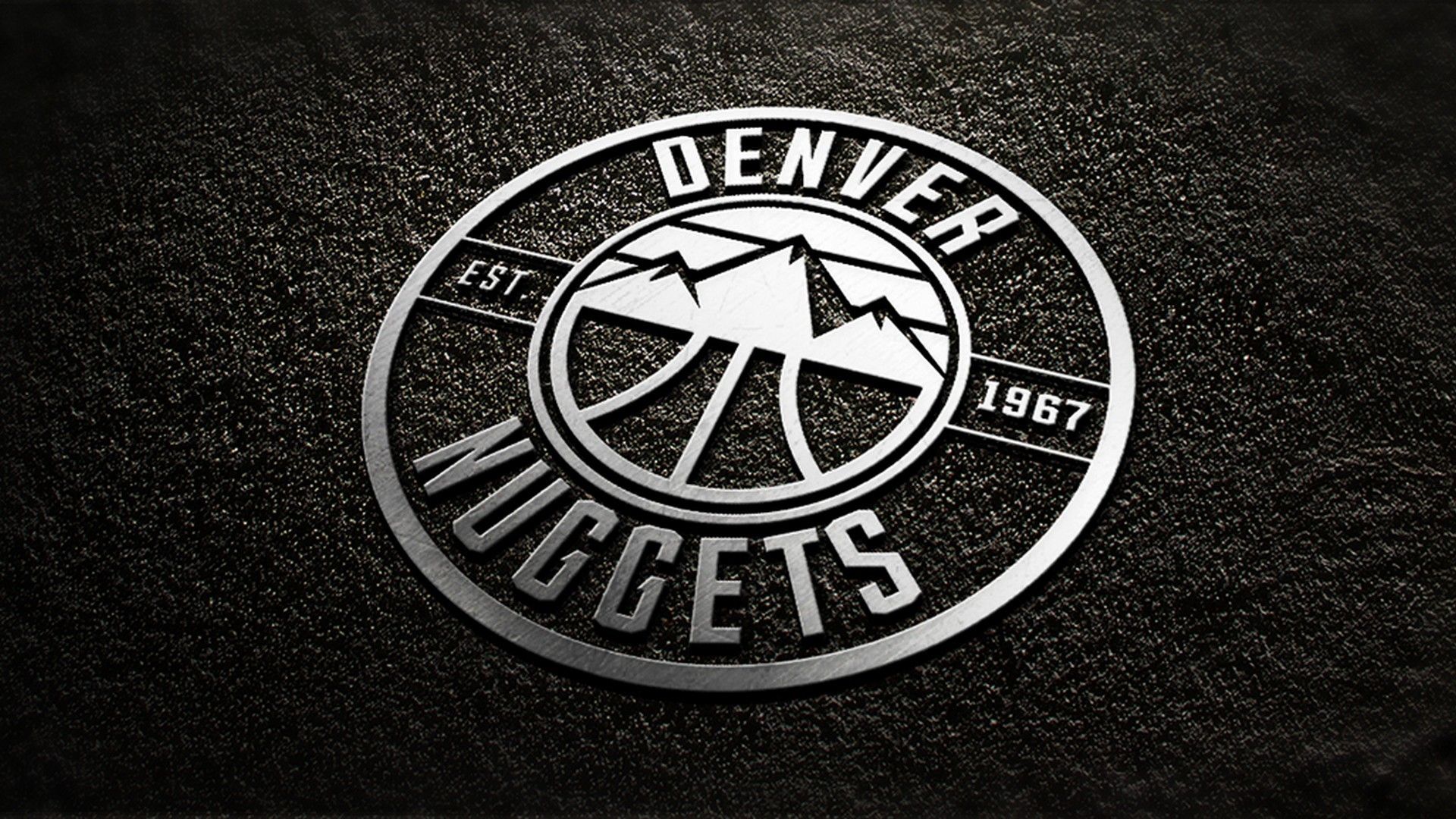 The Denver Nuggets were one of the most impressive teams last season, particularly in the 2020 NBA Playoffs. Denver recovered from a 1-3 deficit in the first two rounds of the playoffs to advance to the Western Conference Finals, including an upset over title favorites Los Angeles Clippers in the second round. However, their weakness was exposed in their conference finals showdown against the Los Angeles Lakers.

Rookie forward Michael Porter Jr. showed a glimpse of his potential during the playoffs but he was hardly a factor on the defensive end of the floor. Porter will likely become a starter next season, but Kendra Andrews of The Athletic thinks that the Nuggets should make significant moves in free agency to improve their title chances next season. Because of Porter's lack of defense, Andrews thinks that Denver should add more wing presence this offseason.

According to Andrews, the Nuggets should make a run at Oklahoma City Thunder forward Danilo Gallinari. The veteran forward will become a free agent this offseason, and he is unlikely to return to the Thunder, who are expected to go on a full rebuild. Gallinari has made it no secret that he will prioritize signing with a contender, knowing that his title window is already closing.

"Gallinari is an unrestricted free agent, and while he’s not known as a two-way  player, he would bring more creating and shooting to a Nuggets bench that lacked offensive firepower at times this season," Andrews said. "He would be especially helpful for the Nuggets if the starting lineup swap I mentioned before happens (Porter hopping into the starting five) because Gallinari would replace Porter’s scoring in the second unit."

Gallinari is no stranger to playing in Mile High City, as he spent seven seasons in Denver when he was sent to the team as part of the trade that brought Carmelo Anthony to the New York Knicks. Andrews added that the 32-year-old forward could serve as some sort of an insurance policy just in case Porter gets injured, saying that the game of the incoming second-year forward and Gallinari are quite similar.

However, signing Gallinari would be easier said than done for the Nuggets, as he is expected to get a lot of attention from the market after having another strong season. The Italian forward averaged 18.7 points and 5.2 rebounds in 62 games for the Thunder last season. This came a season after he posted career-highs 19.8 points and 6.1 rebounds in 68 games with the Los Angeles Clippers.

Miami Heat forward Jae Crowder was also mentioned as a possible target for the Nuggets. Crowder, who will also become an unrestricted free agent, averaged 10.5 points and 5.9 rebounds per game next season. Andrews said that Crowder would be an ideal target for the Nuggets not because of his production on offense but because of his impact on the defensive end of the floor.

"Where he really stood out was his defense," Andrews said of Crowder. "Crowder was Miami’s go-to defender against Giannis Antetokounmpo. His defense and ability to get hot at crucial times and put his team in the position to win should make him high on the Nuggets’ wish list."

However, Andrews thinks that getting Crowder would be very hard for the Nuggets or any interested team. The Heat had an unexpected run to the NBA Finals last season, and Crowder was a vital factor for them. Miami is expected to retain their core and prioritize signing their free agents. Heat president Pat Riley has already said that they are ready to make another run with their current roster.

"We have a good idea of what we want to do," Riley said via ESPN. "We know what our priorities are. It is to take care of the players that we have, that we have to make decisions on almost immediately. We know Bam has a decision to make and we do  with him. We know the guys that have sacrificed for us that we really like, our free agents, especially Goran."

If the Nuggets fail to land Gallinari and Crowder, Andrews thinks that a more realistic option for them is Justin Holiday. Holiday showed his defensive potential with the Indiana Pacers last season, and Andrews thinks that he would be a good fit for the Nuggets. Andrews added that Milwaukee Bucks forward is also an ideal target for Denver because of his defensive capabilities and ability to knock down shots from beyond the arc.

Denver also has to deal with their own free agents like Jerami Grant, Paul Millsap, and Mason Plumlee. The Nuggets are expected to prioritize keeping Grant, who also made a huge impact for them in the playoffs. But even if they manage to keep all three free agents, Andrews said in a separate article that the Nuggets should also strive to improve their frontcourt rotation next season.

"There’s a chance one or two of the free agents will return. Re-signing Grant will be a priority for Denver, and the team can still look to bring back Millsap and Plumlee with smaller contracts," Andrews said. "However, there is still a need for more depth at the power forward and center position. This was proved in the Western Conference Finals by how outmatched the Nuggets were to the Lakers when it came to size. And it will be important that any bigs the Nuggets add to the roster bring a strong  defensive presence."

Andrews mentioned Nerlens Noel as one of the possible targets for the Nuggets. Noel played 61 games with the Thunder last season, where he averaged 7.4 points to go along with 4.9 rebounds and 1.5 blocks per game. Andrews believes that Noel's ability to make an impact on defense off the bench could help Denver a lot in the stacked Western Conference next season.

"Noel would provide rim protection, rebounding, and would be a lob threat, thanks to his vertical athleticism. This would also allow him to build a strong on-court rapport with Monte Morris," Andrews said. "He’s a guy who could play center or power forward and be a bridge between the Nuggets’ starters and second unit — playing minutes with both groups."

Cleveland Cavaliers forward Tristan Thompson was also mentioned as an ideal target for the Nuggets. Thompson is a great rebounder, who could help the Nuggets compete down low when they go up against big teams like the Los Angeles Lakers. Thompson would also bring championship experience to Denver, having played in four NBA Finals in his career, including a championship with the Cavaliers in 2016.

The Orlando Magic have a lot of decisions to make in the offseason, as several players will become free agents. Veteran guard DJ Augustin is already being linked to several teams, especially contenders who are looking for a veteran backup point guard. Augustin averaged 10.5 points on top of 4.6 assists and 2.1 rebounds per game last season, where he came off the bench in in 44 of his 57 games played.

According to Josh Robbins of The Athletic, the Magic would want to keep Augustin because of the way he set examples to their young players last season. The 32-year-old point guard is also solid veteran presence inside the locker room, and was crucial to the success of Magic star Nikola Vucevic last season despite struggling from beyond the arc last season, shooting just 34.8 percent from the distance.

"Universally respected and liked by teammates, Augustin is a solid veteran who sets a positive example for young players and keeps the team loose," Robbins said. "Although his 3-point shooting dipped to 35 percent last regular season, he remains one of the Magic’s few feared outside shooters. Having him on the court positively impacts the team’s spacing. He also is a strong pick-and-roll player, especially when he’s teamed with center Nikola Vucevic."

Augustin reportedly wants to stay in Orlando and the Magic would love to keep him because he would be difficult to replace. However, Robbins said that Augustin's age will be a factor in free agency. The Magic, including other teams, are unlikely to offer a multi-year deal to Augustin. This means that the veteran point guard might prioritize signing with a contender instead of staying in Orlando, who are not expected to become strong title favorites next season.

"It would be difficult for the Magic to make up for the loss of his outside shooting. The team would have to find someone either through a signing or through a trade,"Robbins said. "Augustin has said often that he and his family love Orlando. At the same time, there should be some playoff teams that would want to upgrade their shooting off the bench and add a playoff-tested veteran who protects the ball as well as Augustin does."

Aside from Augustin, the Magic also has a decision to make on Michael Carter-Williams, who will become an unrestricted free agent this offseason. Williams missed 27 games last season due to injuries, but he is likely to stay because there is mutual respect between him and his coaches in Orlando. The former Rookie of the Year averaged 7.2 points and 3.3 rebounds in 45 games last season.