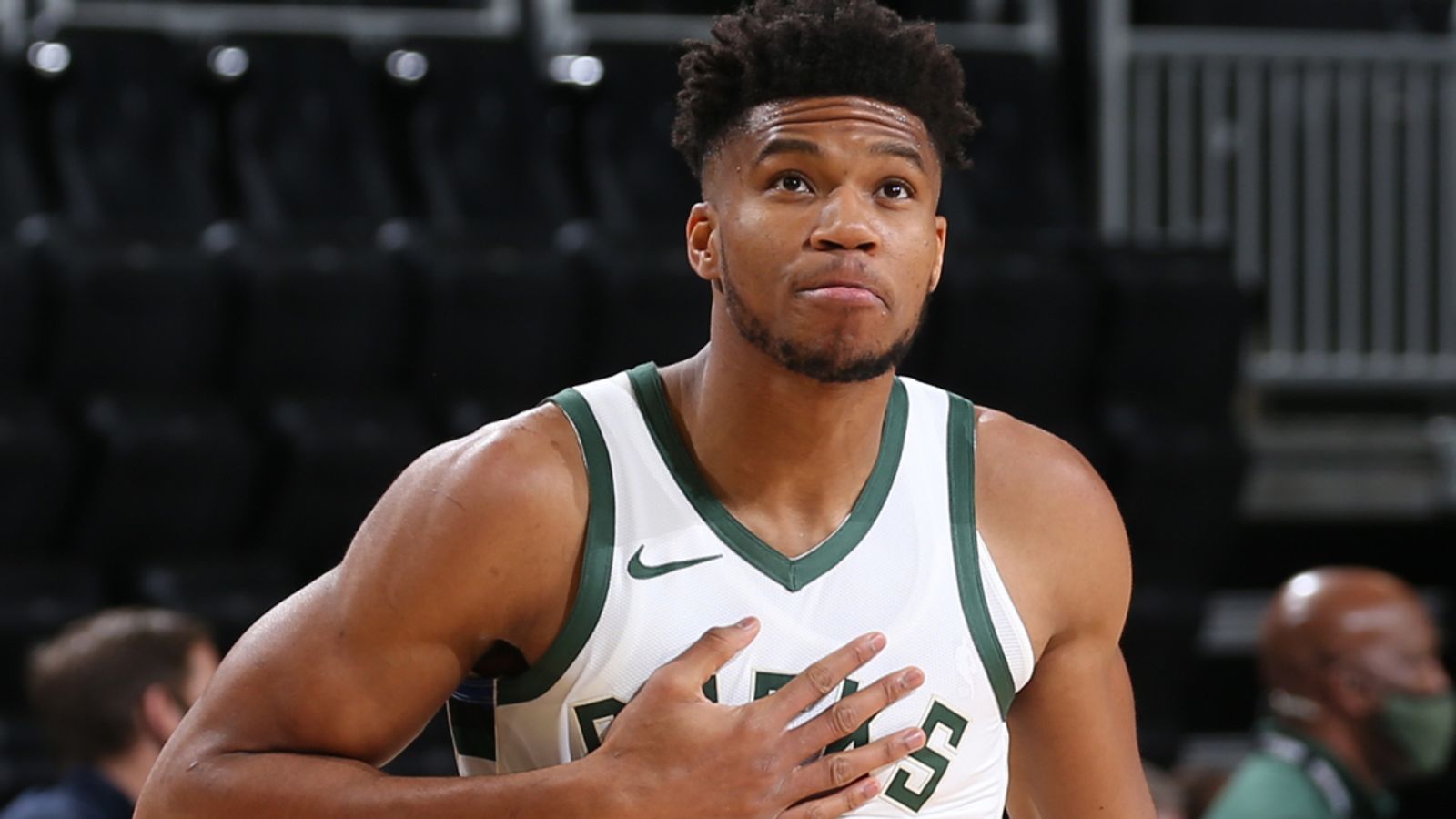 Greek Freak is here to stay

The Greek Freak show is here in Milwaukee to stay. Giannis Antetokounmpo, the reigning back-to-back Most Valuable Player, has signed a five-year, $228 million supermax contract extension with the Bucks. The recently-inked deal also made league history as the most lucrative payday given to a single player.

Of course, Giannis is not just a “player.” The 26-year old superstar is coming off back-to-back MVP seasons, and he is just starting to enter the prime years of his already-productive career. Giannis normed career-highs of 29.5 points and 13.6 rebounds last season, while also adding 5.6 assists, 1.0 steals and 1.0 blocks per contest.

His herculean efforts on the defensive ends were not left unnoticed, either. Giannis was the head of the dragon that was the Bucks’ league-leading defense, helping him secure the Defensive Player of the Year plum last season.

As per Eric Woodyard of ESPN, Giannis emphasized that the decision to re-sign with the Bucks has a lot to do with the intimate connection that he has already built with the city of Milwaukee.

"The way that this city has supported me and my family has been        amazing since day one, since the day I walked in the Cousins Center gym    and Bradley Center, also. It's been amazing. I was 18, I'm 26 right now. All I know is Milwaukee. When I came here, all I knew is that this is a city that loves basketball, it's a city that ... We have more things to do now, but when I came here we had a lot of things to do so I could just focus  on basketball and it's a place that I want to be. It's a place where I want to raise my kids and I feel good here. I feel that my family feels good here, so I'm good."

Giannis, who hails from Greece, entered the league as a skinny 18-year old prospect whose skills were still raw. He averaged 6.8 points while logging in 24.6 minutes per game, but the potential was obviously there right from the beginning. The mobility that came with his length was an unusual thing to behold, and he also showed glimpses of his still-underrated playmaking and passing vision.

His numbers would grow steadily in his second and third season, but it was during the 2016-17 campaign that he became a bonafide star. Giannis would notch his first All-Star appearance that year, and he would be a fixture in the festivities in the years that followed.

But the championship remains an elusive goal for the all-around star, and the team’s disappointing second-round playoff exit last season led to speculations that Giannis might want out of Milwaukee. Yet, Antetokounmpo believes in the consistent growth that his team has been showing year after year.

At the end of the day, you've got to look at the past; we've gotten better      every single year. In my opinion, the last two years were realistically the two years where we fight for a championship. The years before that,           there wasn't a championship years so it's not going to be easy."

Of course, the East has also gotten stronger in this upcoming season. Kevin Durant, who is now fully-recovered from a year-long absence due to an Achilles injury, will forge an exciting partnership with Brooklyn Nets co-star Kyrie Irving. The Miami Heat, the reigning Eastern Conference champions, will be banking on chemistry, the leadership of Jimmy Butler, and the growth of young guns Bam Adebayo and Tyler Herro.

Bradley Beal, who eclipsed the 30-point scoring average last season, is not a lone ranger anymore. He will be joined by a healthy Russell Westbrook, who the Wizards received in exchange for John Wall. The 76ers are now more complete with the acquisitions of Seth Curry, Danny Green and Dwight Howard. Trae Young and the Atlanta Hawks signed stellar scoring wings in Danilo Gallinari and Bogdan Bogdanovic.

It will be a tough, grind-it-out competition in the East, but the Bucks’ co-owners Marc Lasry, Wes Edens and Jamie Dinan believe that Giannis’ commitment to winning is the right kind of leadership that will eventually steer the team to a championship.

"Giannis is a once in a generation player and we are beyond excited for       him to remain with the Bucks. Giannis positively impacts everyone               around him on and off the court and he brings a staggering dedication  to winning and leadership to our organization. His work ethic and desire to be the best epitomize what the Bucks stand for and what our future holds.

We thank Giannis and his family for their long-term commitment to           Milwaukee and we look forward to many years of success. This is a               momentous day for the Bucks, our fans and the state of Wisconsin."

The Bucks added Jrue Holiday in the offseason, a definite upgrade over Eric Bledsoe in the point guard position. They also acquired quality role players in D.J. Augustin, Bobby Portis, Torrey Craig and Bryn Forbes. Donte DiVincenzo, who is now on his third year in the NBA, will also be hard-pressed to take a leap in his production this season.

What’s next for the other Giannis-chasing teams?

Make no mistake about it: Giannis was the potential top prize of the 2021 free agency class. But with the Bucks superstar reiterating his loyalty to the city of Milwaukee via a hefty extension, what’s next for the teams who have previously banked on pitching to the Greek superstar?

Suddenly, the once-stacked free agency class next year is slowly losing its top attractions. Aside from Giannis, LeBron James has inked a two-year deal with the Lakers, as well as Paul George, who also signed a multi-year extension with the Clippers. Young guns Jayson Tatum, Bam Adebayo, Donovan Mitchell and De’Aaron Fox have all signed rookie scale max extensions with their respective teams.

Tom Thibodeau, the newly-installed head coach of the New York Knicks, reiterated how valuable it is to land a top-tier name in a league dominated by stars. (h/t Greg Joyce/New York Post)

“I think it’s critical. When you look at every team in the league,        particularly the playoff teams. … There’s a lot of different paths to         getting stars.

Sometimes it’s the development phase. I think when you look at Jimmy         Butler when he came in, he hardly played as a rookie. He played more     each year and then would become a top-10 player in the league. It’s a           testament to his work ethic and how he approached things.”

Still, there are plenty of names to be excited for in next summer’s free agency. If the Clippers again disappoint this season, it is highly-expected that Kawhi Leonard will opt out of his player option. Jrue Holiday can also opt out, as well as new Phoenix Suns star Chris Paul.

If these names decide to stay with their teams, the list will then boast the names of Rudy Gobert, Victor Oladipo, DeMar DeRozan, Blake Griffin, Kyle Lowry, and Mike Conley. These are not stars in the elite top tier, but they definitely are excellent game-changers who could help teams attract more talent and firepower.