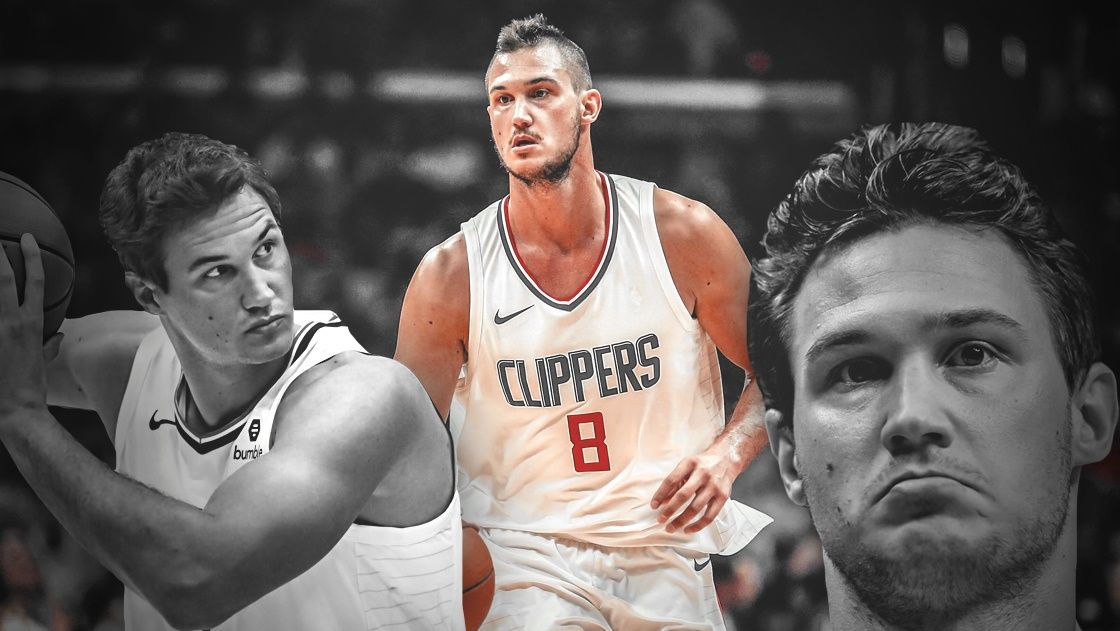 The Golden State Warriors are looking to regain their status as the best team in the league next season after coming off a disappointing season. Following their five consecutive trips to the NBA Finals, the Warriors lost Kevin Durant to the Brooklyn Nets in free agency, and was hit by numerous injuries. Klay Thompson missed the entire 2019-20 season, which in turn led to a last-place finish for the Warriors in the league standings.

With Thompson returning from a long recovery from an ACL tear, the Warriors are expected to make big moves this offseason in the hopes of reclaiming their throne at least in the Western Conference. This early, the Warriors are being linked to several players either through trades or free agency, including Oklahoma City Thunder forward Danilo Gallinari, who is now expected to take his talents elsewhere next season.

According to CBS Sports, citing Festival dello Sport interview in Italy, Gallinari will prioritize signing with a championship contender next season instead of looking for a lucrative deal. The veteran forward reportedly said that he is not getting any younger, which is why he wants to win a championship before ending his career. This means that he will not stay in Oklahoma City because the Thunder are expected to go on a rebuild in the offseason.

Gallinari is expected to draw a lot of attention on the market when the free-agency period begins. The 32-year-old forward, who was moved to the Thunder last year as part of the trade that brought Paul George to the Los Angeles Clippers, averaged 18.7 points and 5.2 rebounds per game last season. According to Marcus White of NBC Sports Bay Area, if the Warriors are really serious in contending for a title, they should make a run at Gallinari in free agency.

"If Gallinari's truly as serious as his translated comments make clear, Myers must reach out to gauge interest whenever free agency begins," White said. "Gallinari's the kind of player who can help the Warriors on their path back to championship contention, and they almost certainly won't be able to get better bang for their buck this offseason than signing him to a deal using the taxpayer mid-level exception."

Gallinari is primarily known for his shooting, as he has shot 38.0 percent from beyond the arc and 42.7 percent from the field. In the past two seasons with the Thunder and the Clippers, the Italian forward has knocked down 42 percent of his shots from the distance. He could be a perfect fit to the Warriors team, which is known for the three-point shooting led by Curry and Thompson.

With his ability to knock down shots and handle the ball at times, White said that the Warriors could also benefit from signing Gallinari in the long run. They would get a player who can take some minutes from Thompson to give him more time to find his old rhythm. Thompson has not played competitive basketball since suffering an ACL tear in the Game 6 of the 2020 NBA Finals in June last year.

"With Thompson set for his first game action since tearing his ACL in Game 6 of the 2019 NBA Finals, Steve Kerr and his coaching staff will ease Thompson back into Golden State's lineup," White said. "Having a versatile scorer of Gallinari's caliber means Thompson doesn't have to shoulder as much of a load early on, and it'd be difficult for the Warriors to find a better No. 3 scorer once Thompson has gotten back into the swing of things."

However, getting Gallinari would be easier said than done for the Warriors because they do not have a lot of cap space. The 11-year-veteran earned $22.62 million from the Thunder last season, and it remains to be seen what his asking price will be in free agency. The only way the Warriors can acquire him is if he agrees to take the mid-level exception or through a sign-and-trade agreement involving the Thunder.

Aside from the salary cap factor, other contending teams are also expected to make a run at Gallinari. The Los Angeles Lakers, who recently won their 17th championship in franchise history, are also being linked to Gallinari. Based on how things stand, the Lakers are more appealing than the Warriors because of the question marks surrounding Thompson's health.

However, despite the uncertainties surrounding the health of key players, Warriors head coach Steve Kerr recently said that he is convinced that they are still a premiere destination for free agents or players who want to be traded to a contender. Kerr said that it is not just about the three championships that they won in five years but also the culture that they have built within the organization.

"In the modern NBA, players are the biggest drivers in recruitment. But I think people also recognize that we have a strong organization, we have a beautiful new arena, we have a great place to live, we have organizational stability," Kerr said via CBS Sports. "And we have an owner who is willing to spend whatever it takes to win. There are a lot of really attractive dynamics at play in terms of free agents coming to Golden State."

Aside from Gallinari, the Warriors are also mentioned as a possible trade destination for Orlando Magic forward Aaron Gordon, who has been mentioned in a lot of trade chatters in the past several months. Sam Quinn of CBS Sports predicted that the Warriors will eventually land Gordon in a trade involving the second pick in the 2020 NBA Draft because he thinks he is the player who makes the most sense for Golden State next season.

"Their real chip, the No. 2 overall pick, needs to go to a two-way force that will benefit from their offensive infrastructure," Quinn said. "That is Gordon, who will fit right into Golden State's switch-heavy defense, has flashed a league-average shot on an Orlando team with no spacing whatsoever, and has at least enough on-ball chops to make defenses sweat as a fourth option. Such versatile forwards are rare."

If the Warriors want to win the West next season, they will likely have to go through LeBron James and Anthony Davis. Davis has proven that he is a force to reckon with, especially when teams do not have big bodies inside the paint. Quinn thinks that Gordon is an ideal big man to throw at Davis because of his athleticism and versatility. He might not score a lot if he moves to the Warriors but Quinn believes he is a perfect fit for Golden State.

Veteran point guard Rajon Rondo will likely become a free agent when the free-agency period kicks off. According to Basketball News insider Chris Sheridan, a league source privy to the situation said that Rondo "is definitely opting out" of his contract to test his market value. If he opts in, the two-time champion would get $2.96 million next season, but he could get a more lucrative salary based on how he performed this season.

Rondo, who spent the last two seasons with the Lakers, was a huge factor in the title campaign of the Lakers this season. The 34-year-old point guard averaged 8.7 points on top of 5.5 assists and 5.2 rebounds for Los Angeles in the 2020 NBA Finals. In the title-clinching victory in Game 6, the former Kentucky standout had a huge share of the spotlight, as he finished with 19 points to go along with four rebounds and four assists.

The 14-year-veteran was also instrumental in sparing LeBron James a lot of playmaking duties and was a perfect pick-and-roll partner for Anthony Davis. While the Lakers are expected to become heavy favorites to win it all again next season, Rondo admitted that returning for another title run is not a foregone conclusion. He said that he is open to having another run with the Lakers, but he confirmed that he will "entertain" leaving if he gets an enticing offer elsewhere.

"I’m definitely going to entertain it," Rondo said of signing with another team next season if the opportunity arises. "Obviously, always thinking about running it back with a great group of guys and coaching staff. I can’t thank those guys enough for giving me a shot the last couple of years. It’s been amazing playing for this organization. My agent and I will sit down and talk, but right now, I’m just kind of  enjoying the moment, continuing to ride this high out."

Sheridan said that since Rondo confirmed that he is open to leaving Los Angeles, "things have moved quickly" within the league. Rondo, with two championships under his belt, will become one of the most attractive point guards in the market, especially for teams looking to contend for a ring next season. Aside from him, teams are also expected to look at Fred VanVleet of the Toronto Raptors, Mike Conley of the Utah Jazz, and Goran Dragic of the Miami Heat.