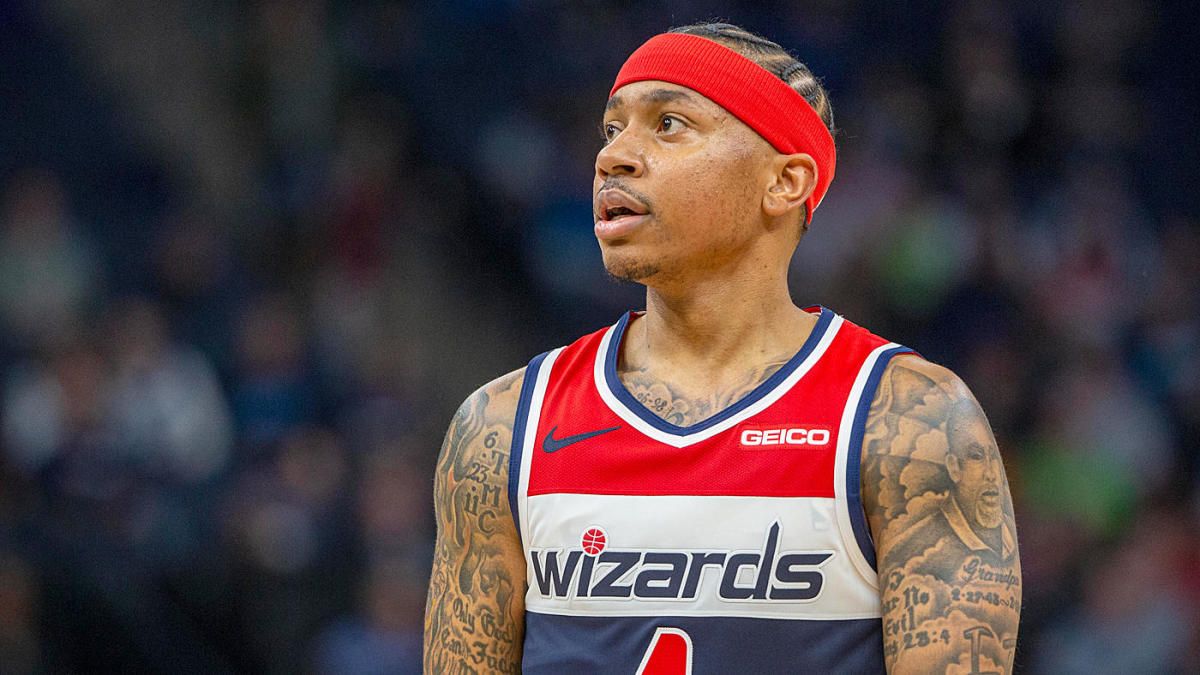 Isaiah Thomas made it no secret that he wants to play for the Golden State Warriors next season. It did not come as a surprise because the Warriors are expected to become an attractive destination for free agents. They will have their deadly duo of Steph Curry and Klay Thompson back again next season. Andrew Wiggins is also adding excitement to the Bay Area, and another top prospect is on the way for the Warriors.

Thomas said on his Twitter account that he needs some "Warriors action" and pointed out that the is willing to play any role for Golden State. According to Drew Shiller of NBC Sports Bay Area, the Warriors should consider adding Thomas, especially if he is really willing to become a role player off the bench.

"He knows he would come off the bench and provide a specific role -- one the Warriors could need to fill depending on what else happens this offseason," Shiller said. "There might be nights where coach Steve Kerr doesn't put Thomas into the game. If he is totally OK with this and is willing to do whatever is asked of him, he would be a great veteran presence to have in your locker room."

Thomas is also not expected to command a lot of money in free agency, knowing that his career has been on a downward trajectory since he was traded out of Boston. The Warriors have also not been hesitant in signing a veteran player who failed to make a significant impact in previous seasons. Veterans Shaun Livingston, JaVale McGee, DeMarcus Cousins, Leandro Barbosa, and David West enjoyed success during their stint with the Warriors.

The 31-year-old point guard would also be a good fit for the Warriors, who are known for their outside shooting. In 40 games with the Washington Wizards this season, the former All-Star averaged 12.2 points on 40.8 percent shooting from the field, including 2.0 three-pointers per game.

However, the Warriors might have better options on the trade front or in free agency. If the Warriors are determined to get a solid backup point guard, Josh Schrock of NBA Sports Bay Area believes that they should go after Phoenix Suns playmaker Ricky Rubio.

Rubio, who averaged 13.0 points and 8.8 assists for the Suns this season, still has two years left in his three-year, $51 million contract with the Suns. Schrock thinks that if the Suns decide to go into another direction in the offseason, the Warriors have a chance to acquire Rubio using their $17.2 million trade exception, which they acquired in the trade that sent Andre Iguodala to the Memphis Grizzlies last year.

"The guard could fill the veteran bench role that was vacated by the departures of Andre Iguodala and Shaun Livingston," Schrock said of Rubio. "He's a brilliant passer who can defend multiple backcourt positions. His jumper is unreliable, but that's less of an option when playing alongside Steph Curry and Klay Thompson. A small-ball lineup of Curry, Rubio, Klay Thompson, Andrew Wiggins, and Draymond Green would be a potent group for Steve Kerr."

However, it remains to be seen whether or not the Suns would really be interested in moving Rubio, especially after their perfect run inside the NBA bubble. The Suns almost made it into the play-in round for the final playoff ticket in the Western Conference after winning in all eight seeding games. In those games, the Spanish point guard averaged 12.9 points and 7.9 assists, looking like the perfect point guard for Suns superstar Devin Booker.

The Chicago Bulls have made it known that they are serious in rebuilding the image of their franchise. The Bulls rocked the boat during the hiatus, hiring former Denver Nuggets executive Arturas Karnisovas as their new executive vice president and Marc Eversley as their new general manager. The front-office shakeup was viewed by many as a step in the right direction, as the Bulls have shown no clear direction in the past several years.

Karnisovas recently made his first major move, letting go of Jim Boylen, who did not get a lot of love from his players in Chicago. Bulls stars Zach LaVine and Lauri Markkanen reportedly expressed concerns about Boylen's handling of the team. With Boylen out, Rob Schaefer of NBC Sports Chicago believes that the Bulls could turn into an attractive free-agency destination.

It does not necessarily mean that they would make a big splash in free agency in the offseason. Schaefer said that the Bulls should follow the footsteps of the Boston Celtics, Brooklyn Nets, and the Los Angeles Clippers. The Celtics, Nets, and Clippers also had to go through rough times but were able to nab top free agents.

"The Bulls need to transform themselves into a team on the rise," Schaefer said. "That  doesn’t have to mean a top-four seed or a first-round playoff victory from the jump. But it starts with maximizing the pieces on the team now and improving next season, so that, in the age of perpetual player movement, when opportunity comes knocking, they’ll be prepared to seize it."

The Bulls have a promising young core of LaVine, Markkanen, Coby White, and Wendell Carter Jr. They are also set to add another youngster from the lottery in the 2020 NBA Draft. Karnisovas made it no secret that they will hire a coach who could focus on player development and making the Bulls a player-first organization, which could be a factor in attracting free agents in the near future.

Former Brooklyn Nets coach Kenny Atkinson is reportedly one of the leading candidates for the Bulls job. Atkinson is being credited for Brooklyn's rise from being a mediocre team to a playoff team last season. Philadelphia 76ers assistant coach Ime Udoka is also a name to watch for Chicago because of his relationship with Eversley. Regardless of who they will hire, Schaefer is convinced that the Bulls are heading in the right direction.

"A coach with a specialization in player development and relationships -- which Karnisovas said will be a focal point in the search -- will be a foundational step," Schaefer said. "What the changes necessary will look like specifically may have to wait until Karnisovas and Co. have a precise candidate in their sights. Fortunately, there’s just about nowhere to go but up."

The Los Angeles Lakers are one of the favorites to win the title this season. And even if they win it all this year, the Lakers are still expected to be active in free agency in the offseason. According to Jason Reed of Lake Show Life, adding a big man could be their priority, especially if Dwight Howard gets a chance elsewhere.

DeMarcus Cousins is expected to attract attention in free agency but that does not mean that teams would express willingness to break the bank for him. And because of the situation, the Lakers should be considered as favorites to land Cousins again similar to what happened in free agency last year.

"The Lakers should already be the favorites to sign Cousins and it makes much more  sense for the big man to stay with the team that he already knows," Reed said. "The Lakers let Cousins continue to rehab his injury at the team facility even after his release. They released him to open up a roster spot and I am sure that there is still  some sort of relationship there."

The former All-Star signed a one-year deal with the Lakers before the 2019-20 NBA season. There were high hopes for Cousins after showing a glimpse of his old form during his one-year stint with the Warriors. However, even before his career with the Lakers started, misfortunes struck him anew, as he sustained a torn ACL. He was eventually released by the Lakers to create a roster spot for Markieff Morris.

Aside from Cousins, Cleveland Cavaliers veteran Tristan Thompson was also mentioned as a possible option for the Lakers. Thompson will not have a hard time adjusting to the Lakers, as he is familiar with the LeBron James and has shown a willingness to play a defined role for a championship-caliber team.

"Thompson is someone who could absolutely take a lesser role and is used to playing alongside a star four that can stretch the floor," Reed added. "He is really solid on the glass, averaging more than 10 rebounds in each of the last two seasons and is a solid rim-protector that could be maximized in Frank Vogel’s defensive scheme."

The 29-year-old Thompson played in the final year of his five-year, $82 million contract and will become an unrestricted free agent in the offseason. The former Texas standout averaged 12.0 points and 10.1 rebounds in 57 games for the Cavaliers this season.