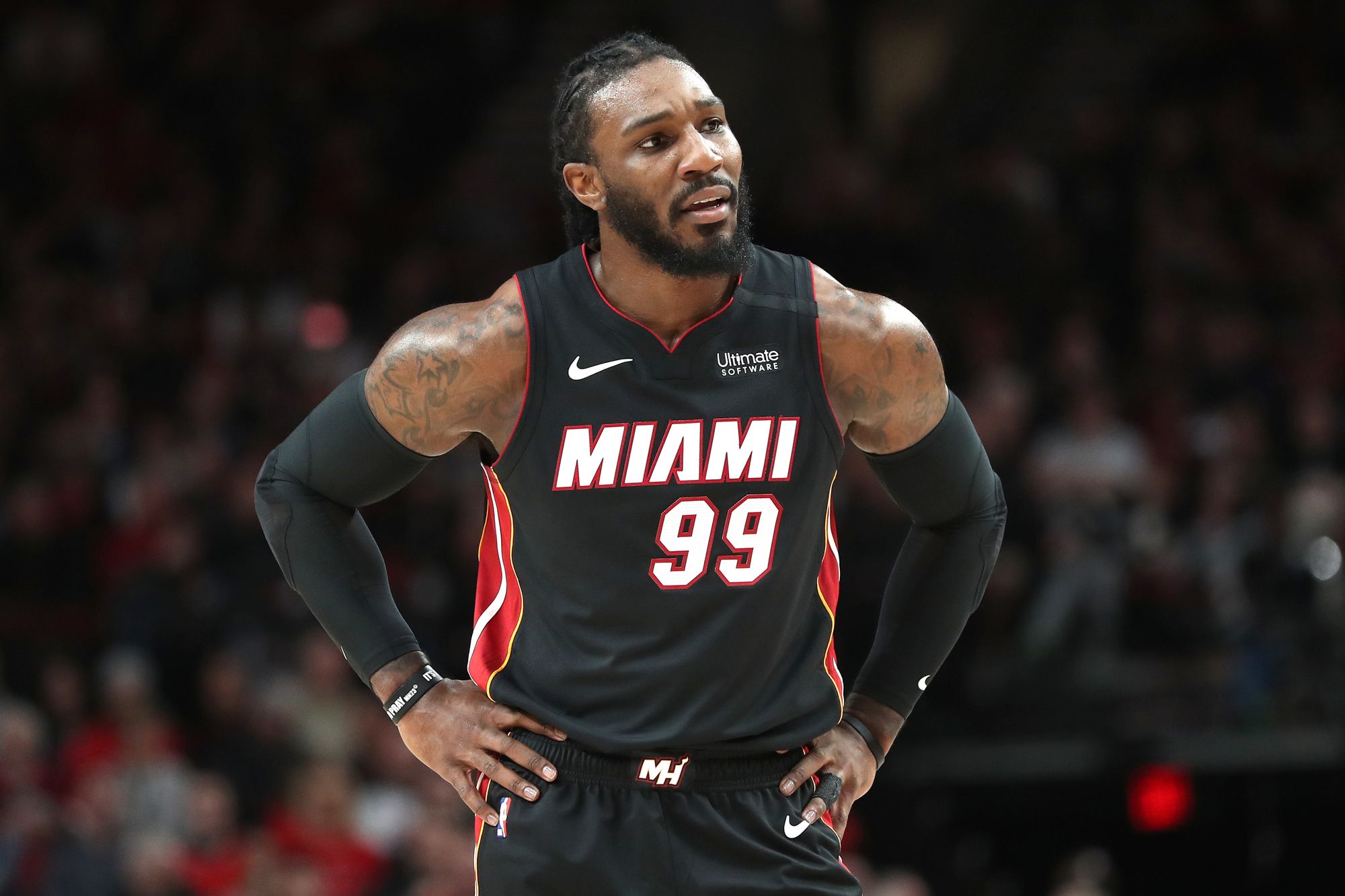 The Golden State Warriors will be an intriguing team to watch in the offseason, as they are aiming to bounce back from a disastrous year. After making the NBA Finals in each of the last five seasons, the Warriors had the worst record in the league this season, owing to the injuries to superstars Steph Curry and Klay Thompson as well as the departure of key pieces like Kevin Durant and veteran Andre Iguodala.

All talks about the Warriors in recent weeks focused on the 2nd pick in the 2020 NBA Draft, but they are also tipped to add veterans to their roster in the hopes of reclaiming their throne in the Western Conference. According to Tom Haberstroh, if the Warriors are really serious in adding a veteran to the roster to improve their title chances, they should consider making a run at Jae Crowder.

Crowder will become an unrestricted free agent after the current season, as his five-year contract worth $35 million is set to expire. The 30-year-old forward averaged 10.5 points and 5.9 rebounds for the Heat this season. While his number will not turn heads a lot, his impact on defense and his veteran presence made him a valuable piece in Miami’s current title run. Haberstroh think that Crowder is the tough guy the Warriors need to add to their roster.

"I think he is a really strong player in his role," Haberstroh said of Crowder. "Doc Rivers likes to say 'We want star players in their role' and I think that is Jae Crowder to a tee. A guy who is going to be nasty, a guy who you do not want to face, but would love to have on your team. He fits the type of profile you see in a David West or a Draymond Green, an agitator, a real tough guy that I don't think a lot of people want anything to do with."

Crowder has yet to find a permanent home in the league, as he has been trade several times since he was drafted in 2012. The veteran forward has made strides in Miami, playing alongside Jimmy Butler, as he showed improvement in his three-point shooting, knocking down a career-high 44.5 percent clip from the distance.

Considering that the free-agency market this year is not as glamorous as the market in the past several seasons, Crowder is expected to have a lot of suitors. However, Haberstroh thinks that the Warriors could sign him to their mid-level exception, especially if Crowder fails to win the title with Heat this season.

"There will be a lot of suitors for Jae Crowder, and I do think the Golden State  Warriors are in a unique position in that they have the title window right now, with Stephen Curry, Klay Thompson and Draymond Green in their prime, and they want to capitalize," Haberstroh said. "So I think Jae Crowder is one of those players that makes a lot of sense, maybe taking a lower offer to win a title with the Golden State Warriors."

Haberstroh also mentioned that the Warriors should monitor the situation of Derrick Jones Jr. Jones will also become an unrestricted free agent in the offseason, and he might come cheaper than any other quality wing option in the market. The 23-year-old is not the type of forward the Warriors would want because he shot just 28 percent from deep this season, but Haberstroh thinks that he could bring a jolt off the bench because of his athleticism.

Another player who is playing in the NBA Finals and currently being linked to the Warriors is Los Angeles Lakers center Dwight Howard. The superstar center is having a resurgence this season and has been making an impact in Los Angeles' current title campaign inside the NBA bubble.

Recent reports indicated that Howard could be the center and interior presence the Warriors need to become more formidable next season despite the fact that they can draft top prospect big man James Wiseman next month. But for Haberstroh, the Warriors should stay away from Howard, pointing out that the current success of Howard in Los Angeles does not mean that he will be in a similar situation when he moves to Golden State.

"He had a history with the Los Angeles Lakers, he had LeBron James on the team, he had a lot of rejuvenation of his player stock he had to live up to in this situation," Haberstroh said in another NBC Sports Bay Area interview. "I don't see a team like the Golden State Warriors being a wise decision to double down on that and say Dwight Howard will do the same thing for us. I would stay on the sidelines of the Dwight Howard sweepstakes."

Instead of going after Howard, the insider thinks that the Warriors should consider other options like Nerlens Noel and Derrick Favors. He believes that the ability of Noel to defend and finish above the rim would make a him a good fit in Golden State. Favors, on the other hand, is known for his passing ability and veteran leadership, which could make him thrive in the Bay Area next season.

The Denver Nuggets have made it no secret that they would like the keep Jerami Grant beyond this season. Grant will become an unrestricted free agent after the current season. Because of his excellent showing this season, particularly in the 2020 NBA Playoffs, the 26-year-old forward is expected to draw a lot of attention when the free-agency period kicks off.

According to Mike Singer of The Denver Post, Grant wants to stay in Denver because he feels the Nuggets are closer to winning a title based on how they performed this season. Role will not be an issue as well, as he is tipped to become a vital part of their core if he decides to resign. However, Singer revealed that there are at least three teams who are already preparing their pitch for Grant.

"At least three other teams are expected to have interest in luring Grant from the Nuggets, according to two league sources," Singer said. "Those three teams are the Atlanta Hawks, the Phoenix Suns and the Detroit Pistons. Only a handful of teams will have cap space, including those three. It’s always possible a team like Orlando makes a trade and create the requisite space to go after Grant."

If the Hawks, Suns, and Pistons are really dead set in making a strong push to sign Grant, Singer feels that the Nuggets would have a hard time keeping him. He pointed out that the Grant has strong ties in Detroit and Phoenix, while Hawks could offer a valuable role for Grant alongside promising prospects like All-Star point guard Trae Young, John Collins, De'Andre Hunter, Kevin Huerter, and Cameron Reddish.

"For the Hawks, whose core is centered in their backcourt, Grant would offer a  versatile wing who can play the three, four or sometimes five," Singer said. "The Suns have ties to Grant in that head coach Monty Williams is familiar with Oklahoma City. He was an associate head coach there the season before Grant arrived. Finally, new Pistons GM Troy Weaver was a former Syracuse assistant coach before becoming a longtime executive in Oklahoma City, where Grant was traded from last offseason."

Grant averaged 12.0 points on top of 3.5 rebounds and 1.2 assists in 71 regular-season games with the Nuggets this season. His stock suddenly rose when he made a huge impact for the Nuggets during their Western Conference Finals showdown against the Los Angeles Lakers. Grant starred in their lone win against the Lakers with his 26-point performance. In five games against the Lakers, he posted 15.8 points and 3.6 rebounds, doing it while also defending either LeBron James or Anthony Davis on the other end of the floor.

Nuggets head coach Mike Malone had made it no secret that they would prioritize keeping Grant, knowing that they would need him if they want to get out of the tough Western Conference race. Malone pointed out that there is no doubt Grant is a big part of their future, which is why he is openly lobbying to keep him in Mile High City.

"You look at the landscape of the Western Conference, you realize, you’re going to have   to go through LA, whether it’s the Clippers or the Lakers, or in our case both to get out of the Western Conference," Malone said. "I knew full well, at some point, we were going to have to put Jerami in the small forward position to combat that. I think he’s a big part of our future, and I would love nothing more than to be able to continue to coach Jerami Grant."

The Nuggets fell short of their goal to win the title this season but gained a lot of respect in the league. Although they lost to their Lakers in five games, most of those defeats could have gone either way. In the first two rounds of the playoffs, the Nuggets went down 3-1 in both series, but they managed to crawl their way back from the seemingly-insurmountable deficit to advance to the Western Conference Finals this season.