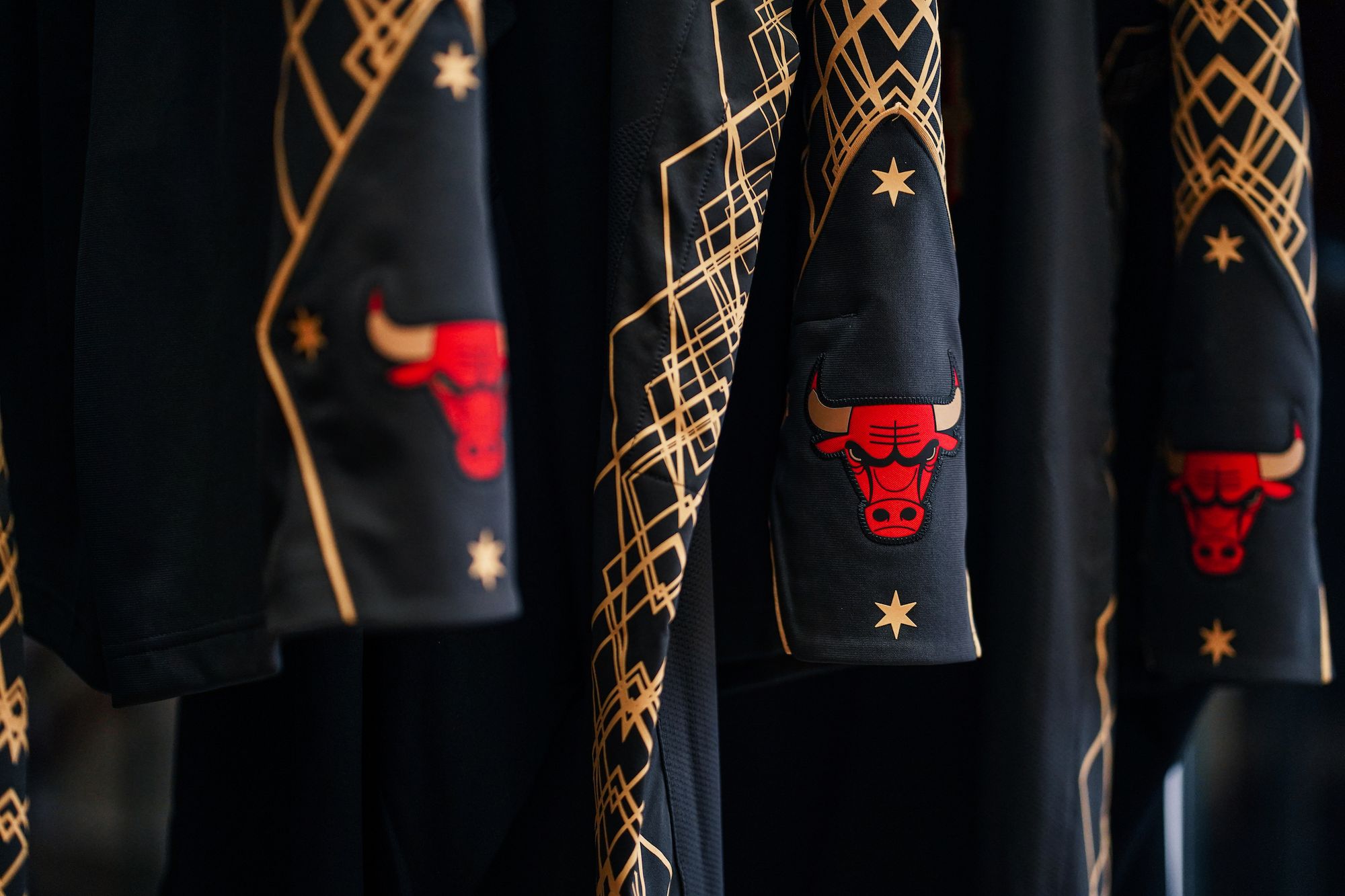 In an effort to surround All-Star shooting guard Zach LaVine with an excellent supporting cast, the Chicago Bulls are bringing in the likes of all-around point guard Lonzo Ball, veteran star scoring wing DeMar DeRozan, and defensive-minded combo guard Alex Caruso to the fold. While it is true that the Bulls still trail behind the more powerhouse teams in the Eastern Conference, these prime acquisitions will certainly usher in a brand new era that could spell the winning difference for the Bulls for the years to come.

First up in the list is the acquisition of Ball, who was a restricted free agent this offseason. This was quite a bit of a surprise as many people still expected that the New Orleans Pelicans will do everything to match offers and retain the still-improving all-around playmaker. But the Bulls front office managed to pull off a sign-and-trade deal with the Pelicans, with the former shipping veterans Tomas Satoransky, Garrett Temple and second-round draft pick to New Orleans.

As per a column written by Darnell Mayberry for The Athletic, Lonzo says that it was very important for him to suit up for a team who really expressed their interest to have him. He pointed out that he loves what he is seeing from the Bulls management and coaching staff, not to mention that he knows that they are working towards achieving all their goals each day.

Lonzo also took the time to chime in his thoughts on the role that he is going to play for the Bulls moving forward. He said that he did play the 3-and-D role with the Pelicans last year, something that he did for the first time in his young basketball career. Ball also mentioned that he used to watch LaVine play all the time, especially since they both played college ball for UCLA. They did not get to play at the same time, but Lonzo says that he already knew back then that LaVine was destined for superstardom in the NBA.

“I was impressed. All great guys. The main thing for them is they just want to win, and they want guys to get better every day. I can appreciate that. Coming into work every day, knowing that we’re working towards something. I can’t wait to get things started. They were the team that stood out that really wanted me for me. And at the end of the day, I want to go somewhere I’m appreciated and I can play my game, and I think Chicago is a perfect place for that.

I mean, it was different. It was kind of like I was a 3-and-D guy. It was the first time I’d really done that. But whatever coach asks me, that’s what I’m going to do. I’m a basketball player at the end of the day. I can do a lot of things on the court, so I want to be just caged in. I want to do whatever I can to help. I used to watch him play all the time. Just going out there and sitting down with my family and stuff in the recruiting section; he was like a human highlight reel. That’s when the bond kind of started, just watching him.”

Lonzo, who will be entering his fifth year in the NBA next season, is coming off a career-best performance in which he put up an excellent stat line of 14.6 points, 4.8 rebounds, 5.7 assists, and 1.5 steals per contest. On top of all these numbers, Lonzo also managed to produce a career-high 37% clip from the three-point line, and he also managed to cut down his turnovers per game by almost a whole point. The 6-foot-6 point guard is slowly and steadily improving his overall skill set, and he is already negating all the weaknesses he had entering the league.

Along with the exceptional all-around talent of Lonzo, the Bulls also managed to reel in DeRozan, who basketball fans know is still one of the best scorers in the league. DeRozan, who played for the Toronto Raptors for the most part of his career, spent the last three seasons with the San Antonio Spurs. He was still a great scorer, but he also learned how to make full use of his playmaking potential under multi-titled mentor and head coach Gregg Popovich.

DeRozan, a four-time All-Star, produced excellent numbers of 21.6 points, 4.2 rebounds, 6.9 assists and 0.9 steals per game last season. If we are going to point out a problem for him, it was his three-point shooting as he only shot a measly 25% clip from beyond the arc. Of course, it is not like DeRozan is focusing on that facet of his game. He only had 1.2 three-point attempts per game last season. Mid-range shooting is still the focal point of his offense, but is also commendable that he has vastly improved in terms of his passing.

Now that he will be playing for the Bulls, it is without a doubt that his experience and veteran savvy will be much-need moving forward. In the same column that Mayberry wrote for The Athletic, DeRozan says that he is bent on proving that he can help bring in a winning season for the Bulls. DeRozan, who turned 32 years of age just this month, knows that the Bulls franchise has not experienced a winning season in the past several years, and he makes it a point to change that narrative starting the upcoming NBA season.

“They haven’t had the best seasons the last few years, and (I wanted to  be) a part of that, wanting to change it back around, bring back that winning mentality. Every guy, when I look at that roster, has a chip on their shoulders. Me knowing Vooch (Nikola Vučević) since college, I know what type of player he is, how bad he wants to win. Zach (LaVine is) wanting to be on that main stage and wanting to compete for something much more than just stats during the season. Myself, I always carried a chip on my shoulder. And Lonzo putting all those mentalities together. Even Caruso coming from a winning program … it’s so much there that could bring so much potential.

It’s basketball. A lot of people I see criticizing and talking about ‘fit this, fit that’ have probably never even played basketball. Being a basketball player, you go out and play at the park, some of your best teams are (with) guys you don’t even know, that you go out there and compete with. But for me, if everybody is on the same page and mentality and wants to win, it doesn’t matter about a fit, because it’s all going to come together how it needs to come together to make it work. Because at the end of the day, the common denominator is winning. If you have that mentality going into it, everything will be figured out how it needs to be figured out in a process. And that’s when chemistry is built.”

Along with DeRozan and Ball, Caruso will also come in to reinforce a roster that already includes the likes of LaVine, Nikola Vucevic, Coby White, and Lauri Markkanen. Caruso, who was also a free agent this summer, signed a four-year, $37 million deal with the Bulls. This deal is not just about money, but it also a validation of how Caruso fought against all odds to earn his place among the world’s best basketball players.

While it is true that Caruso’s numbers of 6.4 points, 2.9 rebounds, 2.8 assists, and 1.1 steals per game will not wow a lot of people, it is what he does beyond what the stat sheet indicates that spell his true value for a team. He was a key cog when the Los Angeles Lakers successfully went on that title run in the 2020 NBA Bubble. His defense remains his main calling card, but it is also true that he can make plays on the other end of the floor.

Caruso can shoot well from the three-point line, and he can dish out the perfect assists for his open teammates. On top of that, he keeps his turnovers in check as he almost always makes the right decisions with the ball on his hand. He will bringing in his experience and defensive awareness to a Bulls squad in need of a capable all-around defender in the backcourt.

Caruso pointed out that he is a player ready to sacrifice for his team, even if it means only taking a couple of shots each game or sacrificing his body to pick up offensive fouls from opposing players.

“It’s just kind of the player I am, sacrificing for the team. There’s guys  that get a bunch of shots up. If I wanted to average double figures, I could. I could take a handful of shots a game, and percentages would probably drop a little — probably wouldn’t win as many games. But for me, it’s always just been about winning. That’s just been my mentality, and it’s always worked for me, so I just stuck with it. Pouring into other people and pouring into the team usually reaps rewards for the teams and yourself individually.

Toughness to me, I think, is just doing the right thing every time. Whatever your job is on any given play — for basketball, that is where I am taking this question. Just doing whatever your job is on each play, and a lot of times for me the last couple of years, it’s been guarding really good players. A lot of times, you have to play physical, play a little dirty, to try to slow guys down because this league is filled with killers, filled with guys that are really good offensive players.”

Of course, the focal point of the Bulls moving forward is how to make full use of LaVine’s exceptional abilities. LaVine is coming off a productive stint with Team USA in the recently concluded Olympic Games at Tokyo, where he won a Gold Medal with the national squad.

The Bulls will also count on the continuous improvement of their young guns, most notably scoring point guard Coby White and incoming sophomore small forward Patrick Williams. Williams is currently having a tremendous stint with the Bulls’ Summer League squad, and it is without a doubt that he still has a lot of room for improvement moving forward.