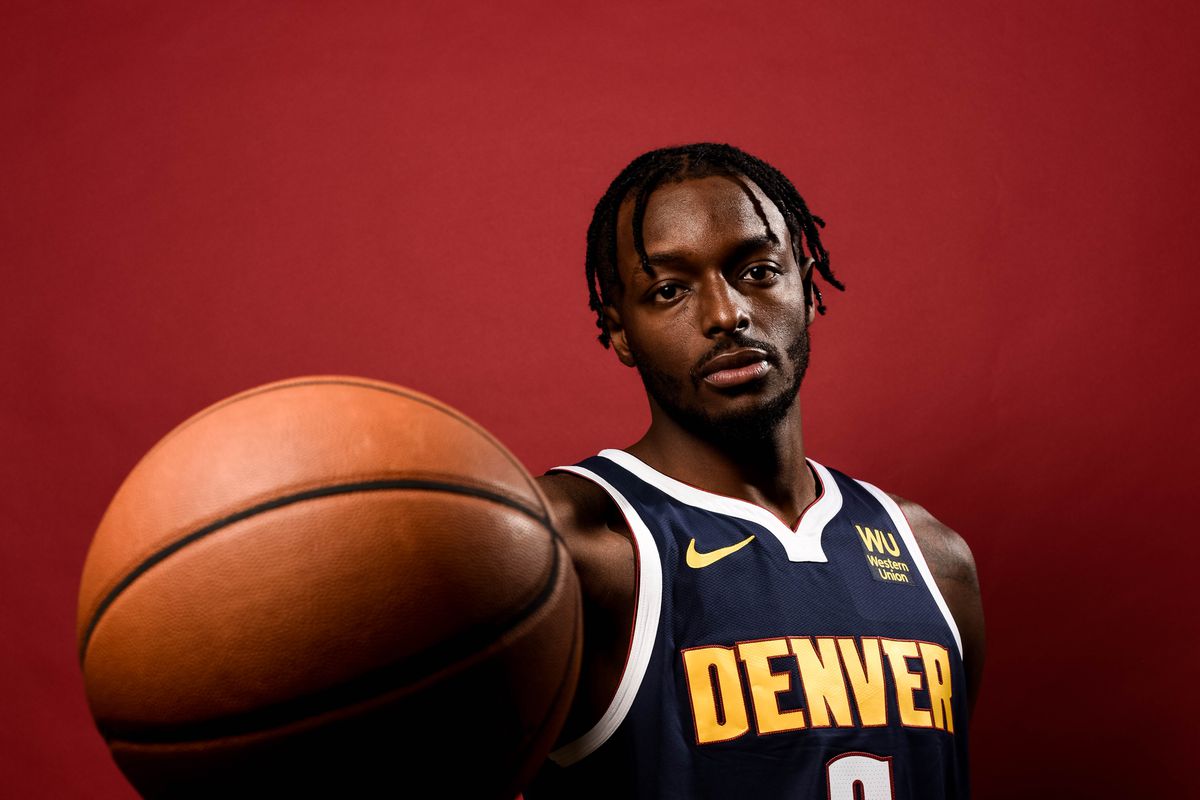 The New York Knicks are trying to be relevant again after failing to make the playoffs in the past seven seasons. They have pushed the right buttons this offseason after naming Leon Rose as their new team president. New York also secured the services of veteran coach Tim Thibodeau as their new head coach, and surrounded him with assistant coaches who could help them become a playoff team sooner than later.

All eyes will be on how the Knicks will shape up their roster now that they have a new front office and coaching staff in place. New York has been linked to numerous free agents and potential trade targets over the past several months. The Knicks have the cap space to make a splash in free agency this offseason despite the shallow pool of available players on the market.

If the Knicks want to speed up their journey to becoming a playoff team again, Shlomo Sprung of Forbes said that New York should pursue Jerami Grant, who is expected to turn down his player option for next season to become a free agent. Shlomo said that Grant obviously has a lot of flaws in his game at this point, but he is worth the gamble for the Knicks in free agency.

"Grant can score, shoot, defend, run the floor. It’s why he’s going to be in super high demand from Denver and so many other teams looking for a wonderful example of a modern NBA player," Shlomo said. "He’s 6-foot-8 and scored 12 points per game on 38.9% shooting from three but he also had a lackluster rebounding rate. The Nuggets sent a first-round pick to Oklahoma City a year ago to get him, so signing him away won’t be easy."

Grant, who will be entering his seventh year in the league, is coming off a strong season for the Denver Nuggets. The 26-year-old forward averaged 12.0 points and 3.5 rebounds during the regular season. His impact was greatly felt during the playoffs, particularly in the Western Conference Finals, where he posted 15.8 points and 3.6 rebounds against the Los Angeles Lakers while also guarding either LeBron James or Anthony Davis.

The athletic forward is expected to become one of the most coveted free agents on the market this offseason. He was supposed to get around $9.3 million next season, but he feels that he deserves more, with previous reports suggesting that he could get around $15-20 million per year in his next deal. The Nuggets are expected to do everything to keep him after Nuggets head coach Mike Malone reiterated his importance to the team.

"You look at the landscape of the Western Conference, you realize, you’re going to have to go through L.A., whether it’s the Clippers or the Lakers, or in our case both to get out of the Western Conference," Malone said via The Denver Post. "I knew full well, at some point, we were going to have to put Jerami in the small forward position to combat that. I think he’s a big part of our future, and I would love nothing more than to be able to continue to coach Jerami Grant the person as well as Jerami Grant the player."

Signing Grant would be easier said than done because contending teams like the Los Angeles Lakers, Los Angeles Clippers, and the Golden State Warriors are also expected to make a run at him in free agency. Shlomo said that the Knicks have other options this offseason, including Toronto Raptors point guard Fred VanVleet, who is also expected to get a lot of attention when the free-agency period begins.

VanVleet is coming off a career year and will likely command an expensive contract in free agency. Following the departure of Kawhi Leonard after their title run in 2019, the 26-year-old point guard averaged career-highs 17.6 points, 6.6 assists, and 3.8 rebounds per game last season. Although he will be very expensive this offseason, Shlomo thinks that he is the perfect target for the Knicks if they want to improve their point guard depth.

"FVV should be the Knicks’ top target. He checks all the boxes. He can score,  distribute, shoot, defend, is a winner and is young enough that his prime lines up with the team’s core of R.J. Barrett and Mitchell Robinson," Shlomo said of VanVleet. "He’ll cost between $20-25 million a year and New York will have to compete with Toronto, Detroit and possibly Atlanta or Phoenix. If the Knicks don’t draft a point guard, it’ll be a signal that they’re likely going for FVV."

The Knicks are also expected to pursue defensive-minded players in free agency. This is not surprising because Thibodeau is known for his defense. According to Marc Berman of the New York Post, the Knicks are expected to pursue Michael Kidd-Gilchrist this offseason. Berman said that the Knicks view MKG as a solid locker room presence, who will not difficulties adjusting to Thibodeau's coaching philosophy.

"Knicks also view the player known as MKG as a solid locker room guy. Kidd-Gilchrist, however, wouldn’t address the Knicks’ desire to improve their outside shooting," Berman said. "The 6-foot-6 forward is a smart player who could learn Thibodeau’s system fast, which would be a plus with training camp rushed up to start Dec. 1."

MKG, who played sparingly with the Dallas Mavericks last season, also has ties to the Knicks organization. The 27-year-old played college ball in Kentucky. The Knicks recently added former Kentucky assistant coach Kenny Payne to their coaching staff. Knicks senior vice president William Wesley also has ties to the Kentucky basketball program, while MKG is also represented by CAA, which was previously handled by Rose before accepting the Knicks job.

Aside from MKG, the Knicks reportedly has Justin Holiday on their radar, per Ian Begley of SNY. Like Kidd-Gilchrist, the Knicks believe that Holiday could be a solid presence inside the locker room and could make an impact on the defensive end of the floor. The 31-year-old forward previously played with the Knicks in 2017, and under Thibodeau with the Chicago Bulls for two seasons.

"Holiday’s market is unknown," Begley said. "New York will have the cap space to entice Holiday -- or another veteran -- to the Garden with a high value short-term contract. Depending on other offseason moves, signing Holiday could indicate that New York wants to be competitive in 2020-21."

Another wing player linked to the Knicks is Carmelo Anthony. The veteran forward had a productive season with the Portland Trail Blazers this year, where he averaged 15.4 points and 6.3 rebounds per game. The 36-year-old forward is no stranger to playing in the Big Apple, having spent seven seasons with the Knicks.

But while a reunion is good on paper and will be a sentimental move for the Knicks, there are also fans and experts who are convinced that New York should stay away from Anthony. According to Zachary Bachar of Daily Knicks, signing Anthony just for nostalgia makes no sense, adding that his arrival could hurt the development of the young players of the Knicks.

"He also started in all 58 of his appearances this past season, so the front office would need to convince him to come off the bench," Bachar said of Anthony. "His defense has never been stellar, and it certainly hasn’t gotten better with age. While his laid-back personality suggests that he’ll get along with the younger Knicks just fine, the product  on the court is what seems to be in jeopardy."

The Knicks would be one of the teams to watch when the free-agency period kicks off, as they could have up to $60 million in cap space. The free-agency period will kick off on November 20, just two days after the 2020 NBA Draft. There were concerns about the possible drop in salary cap and luxury tax line next season due to Covid-19 pandemic, but Adrian Wojnarowski and Tim Bontemps of ESPN reported that the cap will not change at all.

"The salary cap is going to be set at $109.1 million, and the luxury tax will be $132.6 million -- the same numbers they were during the 2019-20 season, before the league's finances took a drastic hit as a result of the ongoing COVID-19 pandemic," Bontemps and Wojnarowski reported. "Teams had been expecting both numbers to remain the same next season for some time now, as it was better for both the teams and the  players to avoid a massive drop in the salary cap for next season because of the unplanned drop in revenue."

The league and the players' association have agreed to start the 2020-21 NBA season, where teams will play 72 regular-season games. This means that from the time the Los Angeles Lakers won the title last season, the league just had a 72-day offseason, which is the shortest in history. On a side note, this would lead to a "frenetic and compacted" offseason, which might lead to excitement in free agency and trade market.