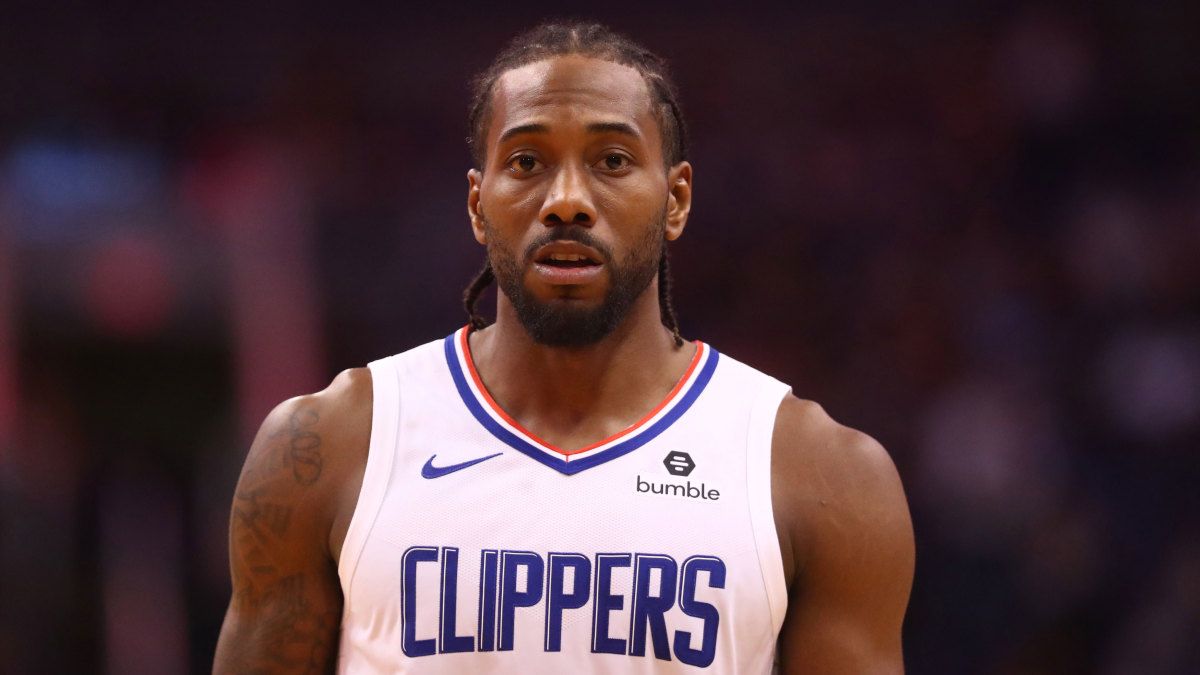 Where will Los Angeles Clippers superstar forward Kawhi Leonard land in this summer’s free agency? There is no doubt that the two-time NBA Finals Most Valuable Player is the biggest catch in this offseason free agency, granting that he would opt out of the last year of three-year, $103 million contract he signed with the Clippers in 2019.

Leonard, who is turning 30 years of age in a couple of months, is on his second year with the Clippers. One of the elite superstars in the league right now, Kawhi is putting up an impressive stat line of 26.0 points, 6.6 rebounds, 5.0 assists, 1.7 steals and 0.4 blocks per game, including a career-best 51% overall clip from the field, and a stellar 39% clip from the three-point line.

So if Leonard decides to opt of out his current contract this offseason, which many people expects him to do so, he will be the most coveted catch in the unrestricted free agency market. As per Sam Amick and John Hollinger of The Athletic, they believe that the Clippers still have the upper hand in bringing back the two-way superstar, especially considering that Los Angeles is Leonard’s hometown.

Remember the good, old days, when Clippers front office executives spent  so much of their season criss-crossing the country to attend Toronto Raptors games — allegedly — as part of their Kawhi Leonard free agency plan? When the time finally came for Leonard to make up his mind, we had flight trackers and secret meetings and even accusations of improper requests on the part of infamous Uncle Dennis. Truth be told, it was the kind of fascinating stuff that makes the NBA world go round.

Yet barring a dramatic turn of events in these coming months, it’s looking like this Leonard free agency will be decidedly less dramatic. While this league has certainly taught us to expect the unexpected, the truth is that Leonard is still widely, well, expected to re-sign with the Clippers. As it stands, that’s the word from Clippers sources and rival executives alike.

Leonard was the 15th selection in the 2011 NBA Draft. It was the Indiana Pacers who selected him in that draft, but Kawhi never played a single game for that team. The Pacers immediately traded his rights, along with that of Davis Bertans and Erazem Lorbek, to the San Antonio Spurs in exchange for point guard George Hill.

That move proved to be a very wise decision for the Spurs as Leonard did not just turn out to be an excellent defensive player, but he also drastically improved his skill set on offense after just a couple of years in the league. Leonard was named to the 2012 NBA All-Rookie First Team, ranking fourth in the race for the Rookie of the Year award.

Leonard would then make two consecutive trips to the NBA Finals with the Spurs in 2013 and 2014, both against the Miami Heat’s famous superstar trio of LeBron James, Dwyane Wade and Chris Bosh. The Heat would win the first match-up in seven games, but Kawhi and the Spurs would then obliterate their opposition the following year. The 6-foot-7 small forward nabbed the Finals MVP award after he put up a very efficient performance on both ends of the floor.

After that impressive performance in the 2014 NBA Finals, Leonard would spend four more years in San Antonio, in which he notched two coveted selections to the All-Star Game festivities. A fall-out with the Spurs organization during the 2017-18 season led the team to ship Kawhi to the Toronto Raptors in the summer of 2018. Kawhi then lifted the Raptors to their first franchise championship in 2019.

Can the Clippers finally break through this season?

When the Clippers front office pulled off a heist in bringing in Leonard and Paul George in the summer of 2019, the approach for them moving forward was to go all-in for a championship. That did not happen last year when they fumbled a 3-1 lead in the Western Conference Semifinals to lose to Nikola Jokic and the Denver Nuggets.

But it is also true that even though his name is not that mentioned a lot of times in this season’s MVP race, Kawhi is still putting up exceptional numbers across the board. His recent string of incredible performances have put him in the third place on the HoopsHype’s MVP ladder. As per Frank Urbina of HoopsHype, the Clippers’ recent wins also contributed to Kawhi’s case for the MVP plum this season.

The reasons for Kawhi Leonard taking such a leap this week in our rankings (he’d never been higher than fifth in this series prior to this edition) are twofold: First, the Los Angeles Clippers are playing at a very high level, winning five games in a row and sitting third league-wide in  net rating for the year (+6.8).

Second, Leonard himself has been brilliant individually lately, averaging 25.9 points, 7.6 rebounds, 5.7 assists and 1.7 steals on elite 53.1/43.2/90.9 shooting splits over his previous 10 games before sitting out Sunday’s Clippers game for rest. Although Leonard is a free agent this offseason, the latest reports indicate that people around the league ‘widely expect’ the star wing to re-sign with the Clippers without much drama, though one has to suppose another ugly playoff defeat in a couple of months could change that some.

If the Clippers succeed in going on a deeper playoff run this season, there is no doubt that it could help them build a more solid case to pitch to Kawhi to stay with the team. Aside from Kawhi, there is also the fact that Paul George has to bring about a better performance in the playoffs than the one he showed last year.

In the 43 games that he played for the Clippers this season, George is putting up exceptional numbers of 23.6 points, 6.3 rebounds, 5.5 assists, 1.2 steals and 0.5 blocks per contest. He is also shooting a career-best 47% overall clip from the field, including a tremendous 43% clip from beyond the arc, which is another career-high for the 30-year old superstar forward.

George’s tremendous mindset moving forward was best displayed when he maintained his composure during the Clippers’ chippy win over the Phoenix Suns. As per Ohm Youngmisuk of ESPN, George said that he was only focused on winning the game for his team, and he did not pay any attention to all the trash-talking that was happening between the Clippers and the Suns.

For whatever reason, there's a lot of chirping and people just living in the past."

Aside from Leonard and George, there is also the fact that the Clippers have been experimenting on their supporting cast this season. During the trade deadline day, the Clippers moved long-tenured combo guard Lou Williams to the Atlanta Hawks in exchange for getting the veteran services of two-time champion point guard Rajon Rondo.

Rondo is coming off an incredible performance in last year’s playoffs when he played a key role in the Lakers’ successful championship run in the Orlando bubble. With his excellent court feel and decorated resume, there is no doubt that Rondo brings in a winning DNA and the intangibles that would really help a championship-chasing team to achieve their lofty goals.

In the seven games that he has played for the Clippers, Rondo is logging in 18.6 minutes off the bench. The 35-year old playmaker is putting up averages of 7.0 points, 2.3 rebounds, 5.1 assists and 0.9 steals per game for the Clippers. On top of those all-around numbers, Rondo is also norming an excellent 47% overall clip from the field, including a stellar 43% clip from beyond the arc, a great indicator of how much he has improved in terms of his long-range shooting.

In a separate column written by Youngmisuk for ESPN, George provided heaps of praises for his new teammate. George loves the fact that Rondo brings in the type of leadership and stability that the Clippers need especially during the more important games in the playoffs. It is of no secret that Rondo’s brilliant feel for the game has always been something that he has provided for all the teams that he previously played for.

In the small sample amount of games that he has logged in for the Clippers, Rondo is showing all those exceptional assets of his overall skill set.

Rondo's a leader, you know the point guard, he's a leader. We're going to listen to him. I look at him as a leader, a leader of this group. He'll hold a lot of weight. He holds a lot of weight in the locker room. As he gets more comfortable within our system, getting games under his feet, he'll hold us accountable. That's what you need in the locker room, somebody that's going to say what needs to be said and get us going."

After their recent disappointing three-point loss to the Philadelphia 76ers, Rondo and the Clippers will go back home to host a match-up against Karl-Anthony Towns and the Minnesota Timberwolves. After that game, they will visit Damian Lillard and the Portland Trail Blazers, then return to Los Angeles to host Ja Morant and the Memphis Grizzlies.