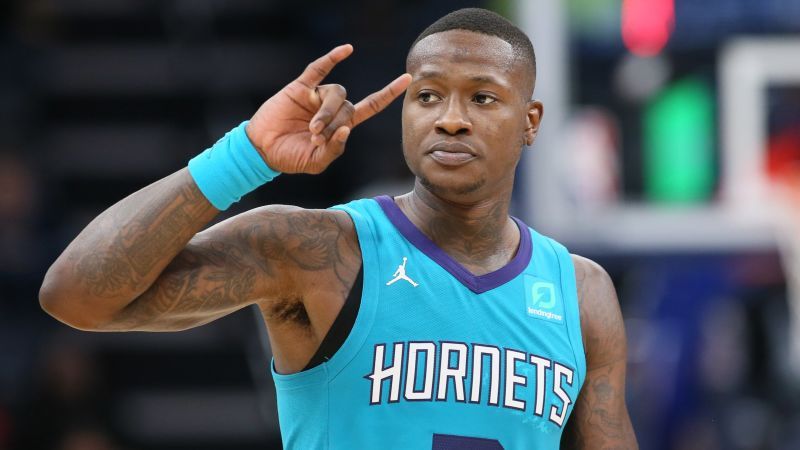 After coming off two career-best seasons with the Charlotte Hornets, scoring combo guard Terry Rozier has secured the bag for four more years. As per a column rolled out by ESPN News Services, it is being reported that Rozier has agreed to stay in Charlotte after re-signing with the team via a four-year, $97 million contract extension. It was quite a surprise to some people, but it is also true that Rozier’s high level of shooting efficiency in the past couple of seasons eventually helped him bag the deal.

Rozier, who turned 27 years of age last March, is entering his seventh year in the league. As he was about to enter the NBA in 2015, many people expected him to be a lottery pick in the draft. He was then selected 16th overall by the Boston Celtics, and he spent four years with the team. He did not have a lot of playing time in his first two years but Rozier eventually carved a niche in the rotation of Brad Stevens, the former head coach of the Celtics.

He may be standing just 6-foot-1, but it is also true that Rozier can get to anywhere he wants on the offensive end of the floor. He was a joy to watch when the Celtics made that deep playoff run in 2018, only to lose to LeBron James and the Cleveland Cavaliers in the Eastern Conference Finals. Rozier then moved to the Hornets’ nest in the summer of 2019 after four years in Boston. He would become a regular starter for the Hornets, and put up a stat line of 18.0 points, 4.4 rebounds, 4.1 assists, and 1.0 steals per contest, while also producing a career-high 40% clip from the three-point line. Last season, Rozier then averaged a career-best 20.4 points, along with a career-high 45% overall clip from the field.

As per a column written by Dan Devine for The Ringer, he detailed out how this Rozier extension will affect the Hornets’ vision and goals moving forward. While it is true that many people are surprised that the Hornets spent a lot on another guard considering that they already have LaMelo Ball as their main playmaker, Devine also said that Rozier’s shooting efficiency will eventually prove to everyone that the Hornets have made the right decision of re-signing the combo guard.

Rozier’s one of just 24 players to average at least 19 points, four  rebounds, and four assists per game over the past two seasons (minimum 100 games played)—a statistical marker that puts him in the company of  MVP candidates and All-NBA honorees on the high end, and players like Jamal Murray (five years, $158.3 million), Gilgeous-Alexander (five years,$172.5 million), Julius Randle (four years, $117 million), and Zach LaVine (four years, $78 million, but about to get a whoooooooole lot more than that) on the “low” end. Not bad for a player whose initial three-year, $58 million deal seemed at the time like a disastrous door prize for a Hornets organization desperate to avoid losing franchise cornerstone Kemba Walker for nothing.

He has landed in that company in large part by becoming one of the     league’s most dangerous long-distance marksmen. He ranks seventh in the league in made 3-pointers over the past two seasons; of the 36 players who have attempted at least 750 3s in that stretch, he’s tied for 10th in accuracy, draining 39.6 percent of his triple tries. He’s grown into a top-flight spot-up target, excellent at working off the ball to set his defender up, rocket off a screen, and put himself in position to catch and fire on the move; he’s shot a scorching 44.3 percent on catch-and-shoot 3s during his two seasons in Charlotte. That makes the 6-foot-1 Rozier a perfect backcourt fit alongside jumbo wing playmakers like the 6-foot-6 Ball, the ebullient and irrepressible reigning Rookie of the Year, and the 6-foot-7 Hayward, who’d been playing at a near-All-Star level for the surprising Hornets before suffering a right foot sprain that shelved him for the final seven weeks of the season.

With Rozier’s ability to space the floor and create shots for himself and also for his teammates, the Hornets could plug him into any line-up and he can thrive especially on the offensive end of the floor. He has shown that he can co-exist with another point guard, like in the case of him being on the same floor with a natural playmaker like Devonte Graham. Graham is now off the roster as the Hornets have traded him to the New Orleans Pelicans this summer, paving the way for more time for the Rozier-LaMelo tandem on the Hornets’ backcourt.

Along with trading Graham to New Orleans, the Hornets also made some interesting acquisitions during this offseason. They selected 20-year-old shooting guard James Bouknight in the recent draft, along with athletic big man Kai Jones. There are a few more new faces in the Hornets’ roster this season, headed by defensive-minded lefty forward Kelly Oubre Jr. Oubre is coming off a one-year stint with the Golden State Warriors in which he put up a stat line of 15.4 points, 6.0 rebounds, 1.3 assists, 1.0 steals, and 0.8 blocks per game. However, his shooting percentages also dropped and it could be concluded that he had a down year in terms of his overall efficiency and impact on the floor, not to mention his fit with the Warriors.

The Hornets also reeled in the services of veteran natural point guard Ish Smith, along with veteran big man Mason Plumlee. Charlotte now has an interesting mix of veterans and young players on the team, making them an even more intriguing team in the Eastern Conference. Of course, that is not to say that they will have a sure shot at booking a playoff ticket, especially with the other teams in the East also making moves to improve their respective rosters.

Still, the Hornets will be a pleasure to watch next season. LaMelo should be as entertaining of a player as he has always been, and his all-around production for the team will be much-needed. Rozier will put up buckets, Miles Bridges and Kai Jones will be up there catching lob passes, and Gordon Hayward should again be able to turn in a steadying presence to the team assuming that he remains healthy until the more important games in the playoffs or in the play-in tournament. Devine also wrote in his column that it is important for the Hornets to re-sign Rozier so as to provide more familiarity and chemistry with the team. Devine noted that it was not just Graham who is gone from the line-up. Long-tenured big man Cody Zeller and shooting guard Malik Monk are also suiting up for new teams next season.

Retaining Rozier helps ensure some measure of continuity for the Hornets, who jettisoned Devonte’ Graham, Cody Zeller, and Malik Monk this offseason. In addition, it allows also-extended head coach James Borrego not to have to rely on outsized contributions from rookie Bouknight immediately, and locks in the offensive core of a team that,  for what it’s worth, was in fourth place in the East when Hayward joined LaMelo on the injured list last season. (Charlotte went 8-16 the rest of the way, stumbling to the finish line before getting drilled by 27 points by the Pacers in the first round of the play-in tournament.) Maybe a   Hayward-Ball-Rozier core, possibly augmented by extensions for Miles Bridges and/or P.J. Washington, isn’t enough to be the basis of a serious  contender in an East with some awfully big boys at the top of the mountain. It ought to at least provide a pathway to being competitive and entertaining to watch, though—one that wouldn’t be nearly as available without Rozier to create open looks with the threat of his shooting and finish games as one of the league’s top clutch scorers.

The Hornets will still be led by James Borrego next season, who will enter his fourth year with the team next season. He has compiled a win-loss slate of 95 victories against 124 defeats, but it is also true that he is helping bring about a winning culture in the franchise by developing young talent and bringing in a couple of proven veterans to help steady the ship.