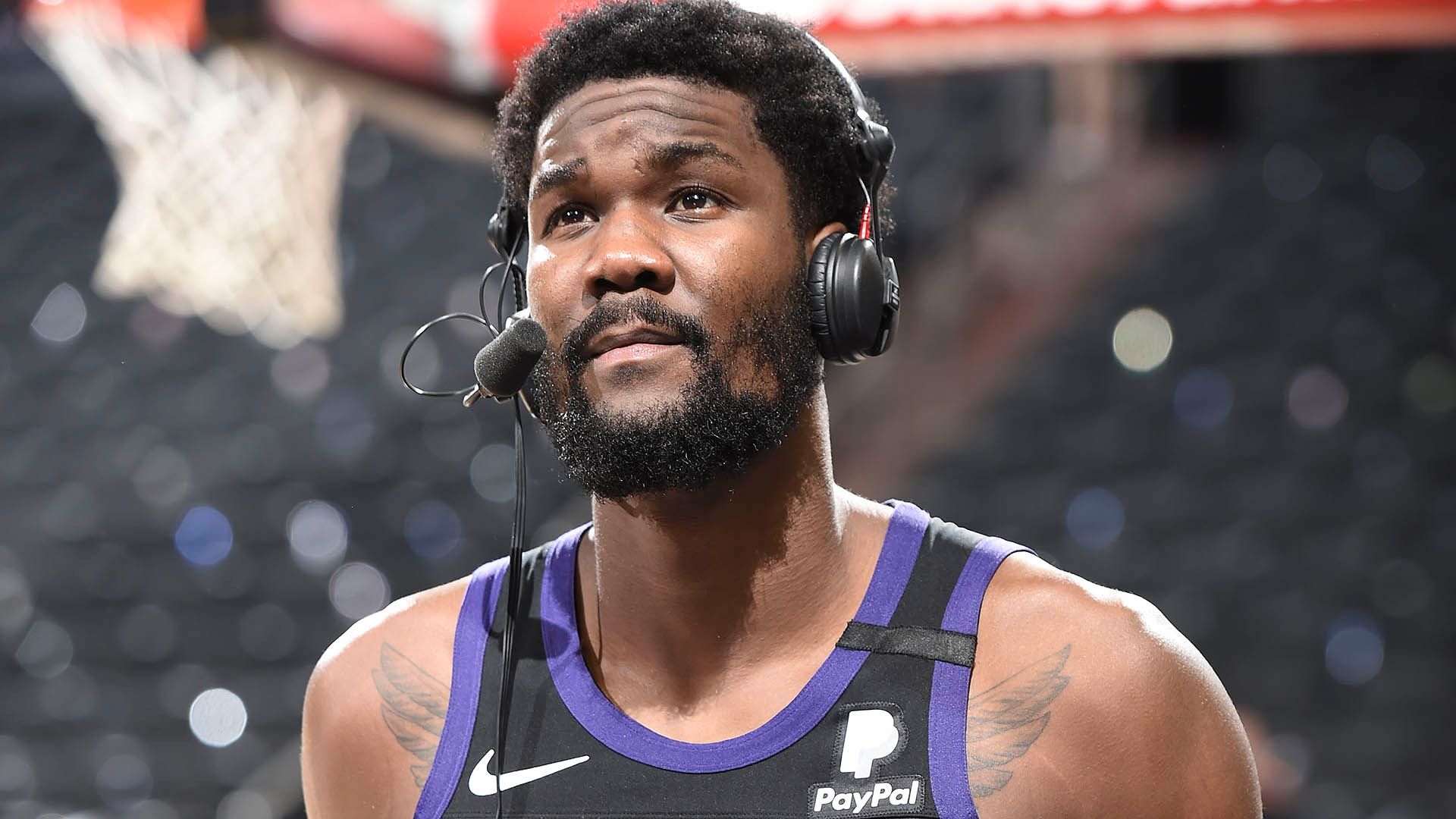 It has now become apparent that Deandre Ayton and the Phoenix Suns have hit a roadblock in their discussions regarding the young big man’s potential maximum rookie contract extension. If Ayton and the Suns front office fail to come up with a contract extension this season, it would mean that the former will enter restricted free agency next offseason, and the impasse in the negotiations could also force this relationship between the two parties to really turn sour.

As per a column written by Senior NBA Insider Adrian Wojnarowski of the ESPN, he pointed out that the current ownership of the Suns organization have this belief that Ayton has not yet earned his way towards a maximum rookie contract extension, which is quite mind-boggling, especially if you look at how young he still is and how big of a room he has in terms of his improvement. Ayton is one of the only few big men who can handle himself well on the defensive end of the floor, while also having the skills to be a huge threat on the offensive end of the floor.

Wojnarowski also pointed out that there is a pressure on the Suns front office to make the call in the contract extensions, especially with Ayton’s fellow 2018 NBA draftees Trae Young of the Atlanta Hawks, Luka Doncic of the Dallas Mavericks, Shai Gilgeous-Alexander of the Oklahoma City Thunder, and Michael Porter Jr. of the Denver Nuggets.

The Phoenix Suns' reluctance to offer a maximum rookie contract extension to 2018 No. 1 pick Deandre Ayton has stalled discussions on a deal, sources told ESPN on Tuesday. Ayton, a key part of the Suns' run to the 2021 NBA Finals, has no intention of accepting a deal less than the comparable max contracts signed by several of his 2018 NBA draft classmates, including Atlanta's Trae Young, Dallas' Luka Doncic, Oklahoma City's Shai Gilgeous- Alexander and Denver's Michael Porter Jr., sources told ESPN.

Ayton, 23, is eligible for a five-year, $172.5 million extension, with escalators that could reach $207 million -- a deal that many executives leaguewide expected would be complete in short order this offseason. But now, with a looming Oct. 18 deadline for rookie extensions, sources said the talks between the Suns and Ayton's representatives have been slowed by ownership's current assertion that Ayton doesn't deserve to be included in that group of players -- and a belief by the 7-footer that his performance, his potential and the marketplace dictate that he does. Without a deal, Ayton could become a restricted free agent next summer. The Suns keep matching rights on any offer sheet next year but risk creating a level of acrimony with Ayton that could impact the team's long-term relationship with him and the pursuit of another Western Conference championship.

Ayton, who just turned 23 years of age last July, is coming off another productive season in which he put up a stat line of 14.4 points, 10.5 rebounds, 1.4 assists, 0.6 steals, and 1.2 blocks per contest. He also produced a very efficient set of shooting percentages, including an excellent 62% overall clip from the field and a decent 77% clip from the free throw line.

On top of all these averages, it is also more promising to see that Ayton held his own in the more important games of the playoffs. Last season was just his third year in the league and he stepped into his first go-around in the NBA postseason. Young and inexperienced as he was, Ayton put up decent averages of 15.8 points, 11.8 rebounds, 1.1 assists, 0.8 steals, and 1.1 blocks per contest, while also producing a very efficient 66% clip from the field.

The fact that Ayton held his own and did a lot of damage as a big man on both ends of the floor means that he is of utmost importance to this Suns squad and that he is on a trajectory towards a possible All-Star appearance in the near future. There are not a lot of young centers who possess the same versatility, mobility, and skill set that Ayton has, so it is indeed confusing as to why the Suns front office are still hesitant in giving the green light for their big man’s max rookie contract extension.

On top of all these skills as a big man, Ayton also displayed during the playoffs that he can hold his own when defending a team that is utilizing a small-ball lineup. As per a column written by Jovan Buha of The Athletic, he pointed out how effective Ayton was against the small-ball lineup imposed by the Los Angeles Clippers during their 2021 NBA Western Conference Finals matchup. In the said column, the Suns young big man mentioned that he has always been trying to improve his lateral quickness so that he could keep up with smaller and quicker players, especially in today’s positionless brand of basketball.

“I train at this. I train my lateral quickness, and I trust my defense, feet and hands. Like I said, the league is changing. That’s one of the reasons I don’t like calling myself a big man. Because I love to get out and guard on the perimeter as well, running after guards and stuff like that. It’s just a part of the  game that I really emphasize for myself.

I watched the whole series with Utah and the Clippers. Seeing how they had Gobert in rotations. I know our team is big on defense, and that’s all we play. And we tweaked our defense to where I can be able to move my feet and just protect the rim and just stay out of foul trouble and stay on the floor for the long stretches of the game. Just being a presence around the rim and making  sure I show my verticality and show the refs that I’m showing my hands.”

But of course, the Suns are still a contender even in a stacked Western Conference. Along with Ayton, the core of the team will be coming back next season. This is still a powerhouse squad led by All-Star point guard Chris Paul and All-Star shooting guard Devin Booker. Along with Ayton, the Suns also boast other young and talented players on their roster, including Mikal Bridges and Cameron Johnson.

The new faces in this Suns squad for the upcoming 2021-22 NBA Season are sweet-shooting combo wing Landry Shamet, veteran defensive-minded big man JaVale McGee, and all-around point guard Elfrid Payton. They will still be mentored by head coach Monty Williams, who has been one of the most credible mentors in the league, especially in terms of how he relates to his team and its players.